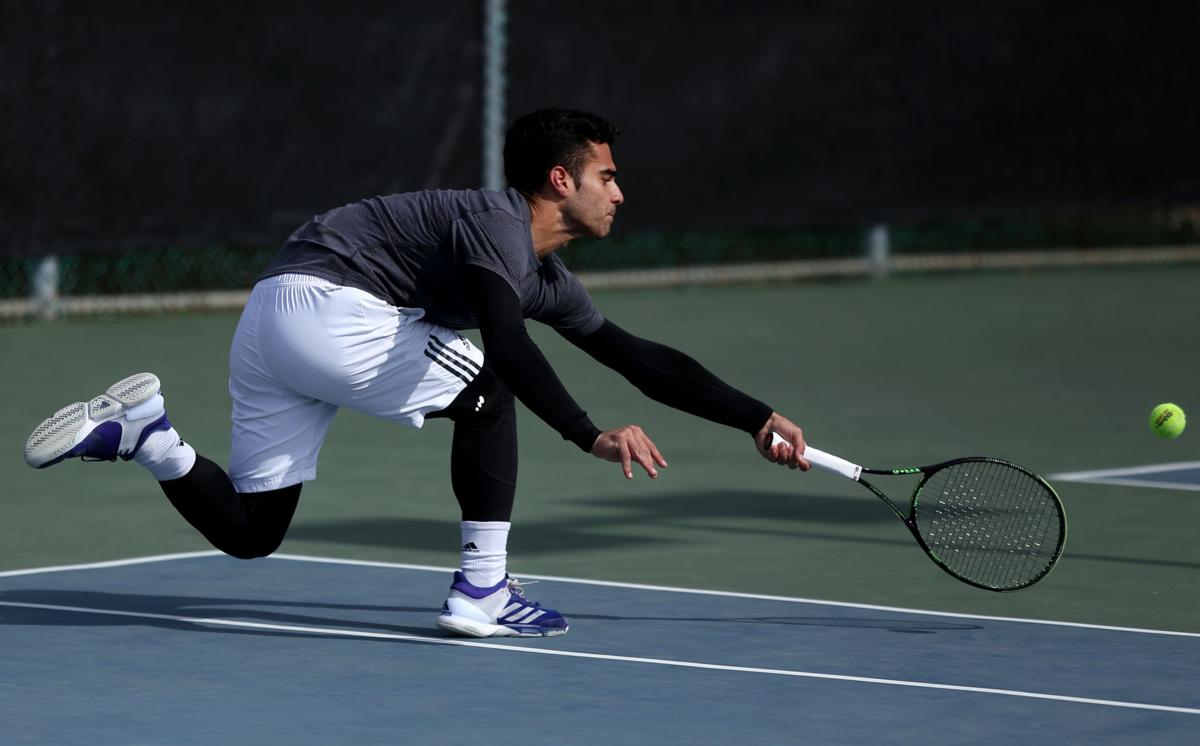 Junior Guanarteme Nuez lunges towards the ball Feb. 3 during the men's singles against Cameron University at the UTA Tennis Center. 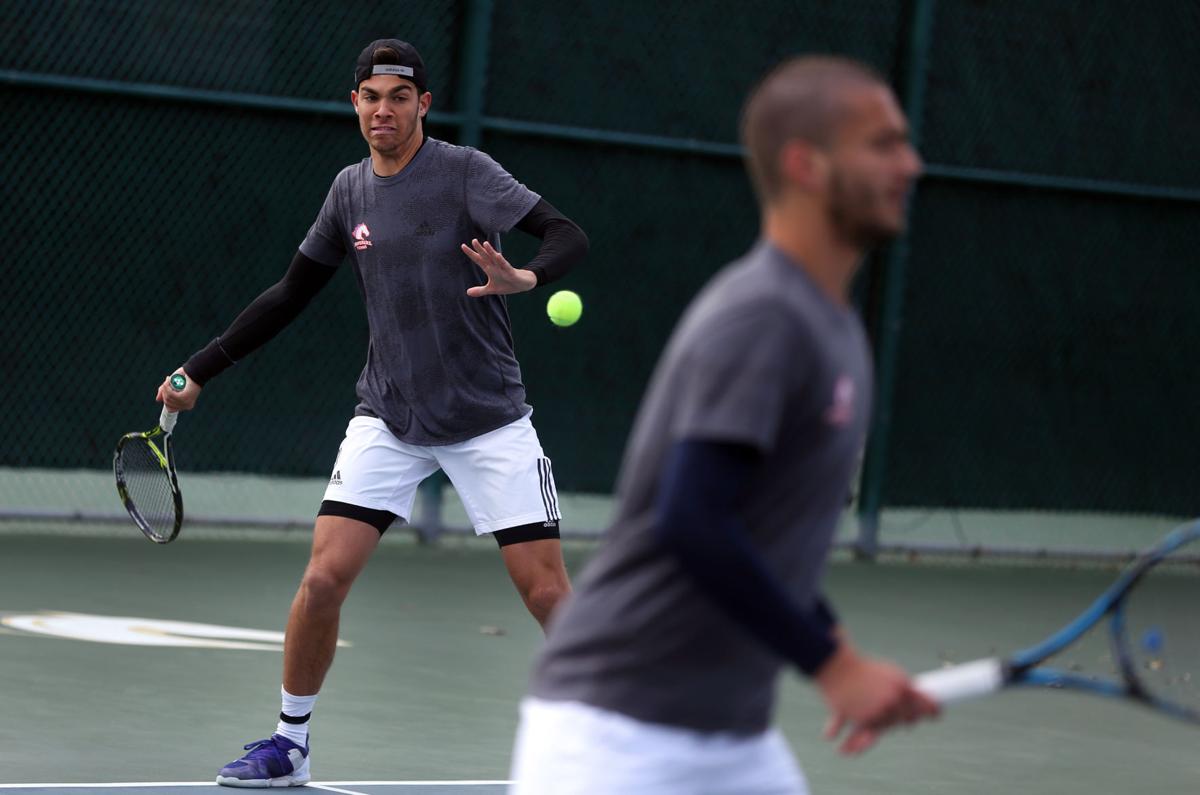 Freshman Eduard Simo prepares to forehand the ball Feb. 3 during the men's double against Cameron University at the UTA Tennis Center.

Junior Guanarteme Nuez lunges towards the ball Feb. 3 during the men's singles against Cameron University at the UTA Tennis Center.

Freshman Eduard Simo prepares to forehand the ball Feb. 3 during the men's double against Cameron University at the UTA Tennis Center.

The UTA men’s and women’s tennis teams defended home court over the weekend at the UTA Tennis Center.

Freshman Lucia Natal completed a sweep of her matches.

UTA improved to 9-2 all-time over UTRGV.

Head coach Diego Benitez said he was impressed by this team’s performance.

“We faced a very good UTRGV, very tough with a deep lineup,” Benitez said. “We had a lot of players dealing with pressure of it being their first match.”

“Anna had a slow start,” Benitez said. “Then she picked it up at the end to clinch it for us.”

Following their home opener, the women traveled to Kansas where they defeated the University of Missouri-Kansas City 4-2 on Saturday, then fell to Wichita State University 0-4 on Sunday.

The men’s team (2-1) completed a doubleheader sweep on Saturday.

In the morning session, the Mavericks defeated Cameron University 4-0.

Bostola then defeated sophomore Stefan Svicevic 6-1, 6-1 in a singles match.

The Mavs were again led by Bostola as he and Nuez won their doubles match 6-1.

The men's and women’s teams will resume play against Texas A&M-Corpus Christi on Wednesday at the UTA Tennis Center. The women will begin their match at 11 a.m, followed by the men’s match at 2 p.m.