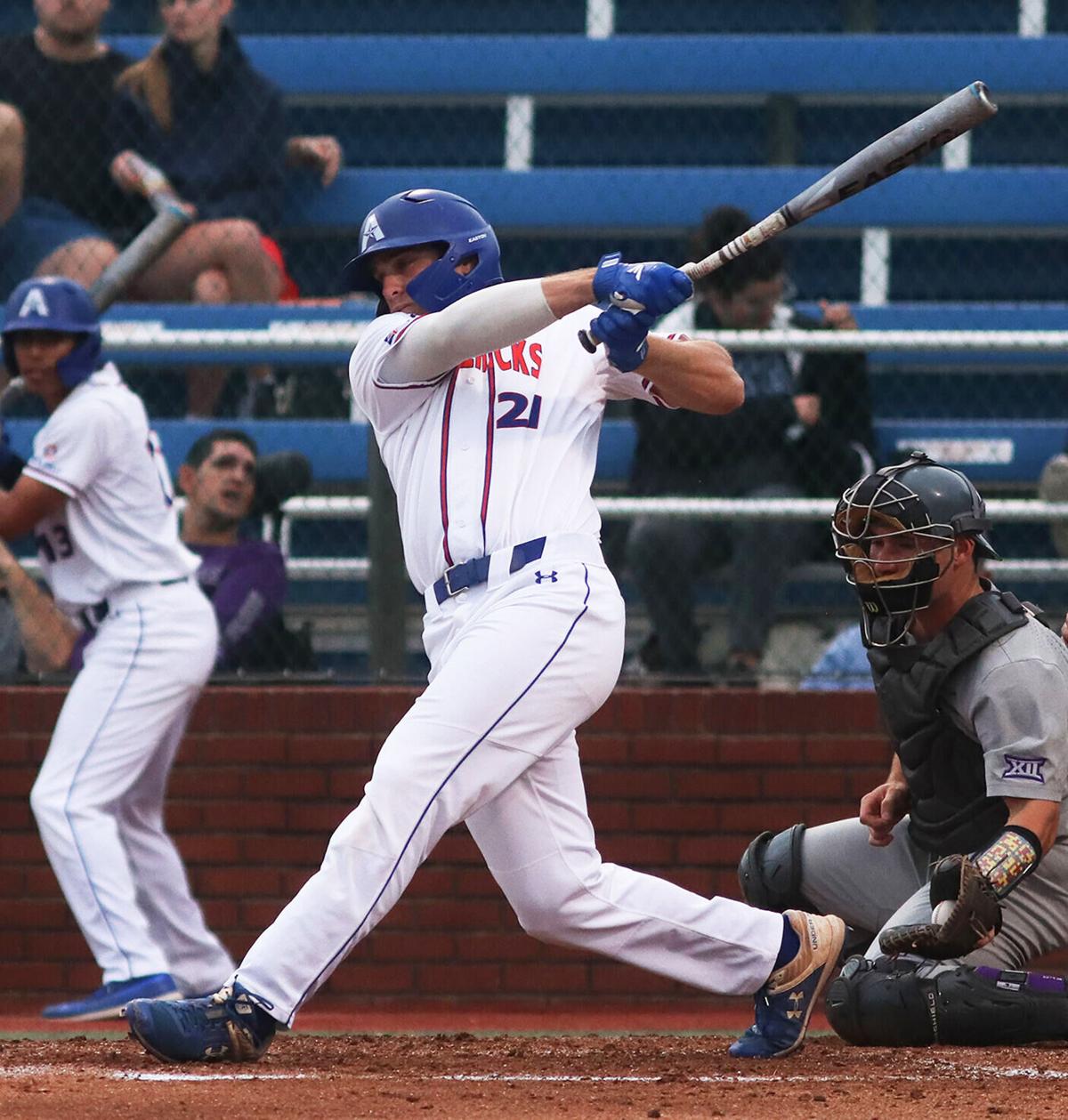 Senior catcher Andrew Miller swings for a pitch during a game against TCU on April 27 at Clay Gould Ballpark. Miller had an RBI in the sixth inning to give UTA its third run. 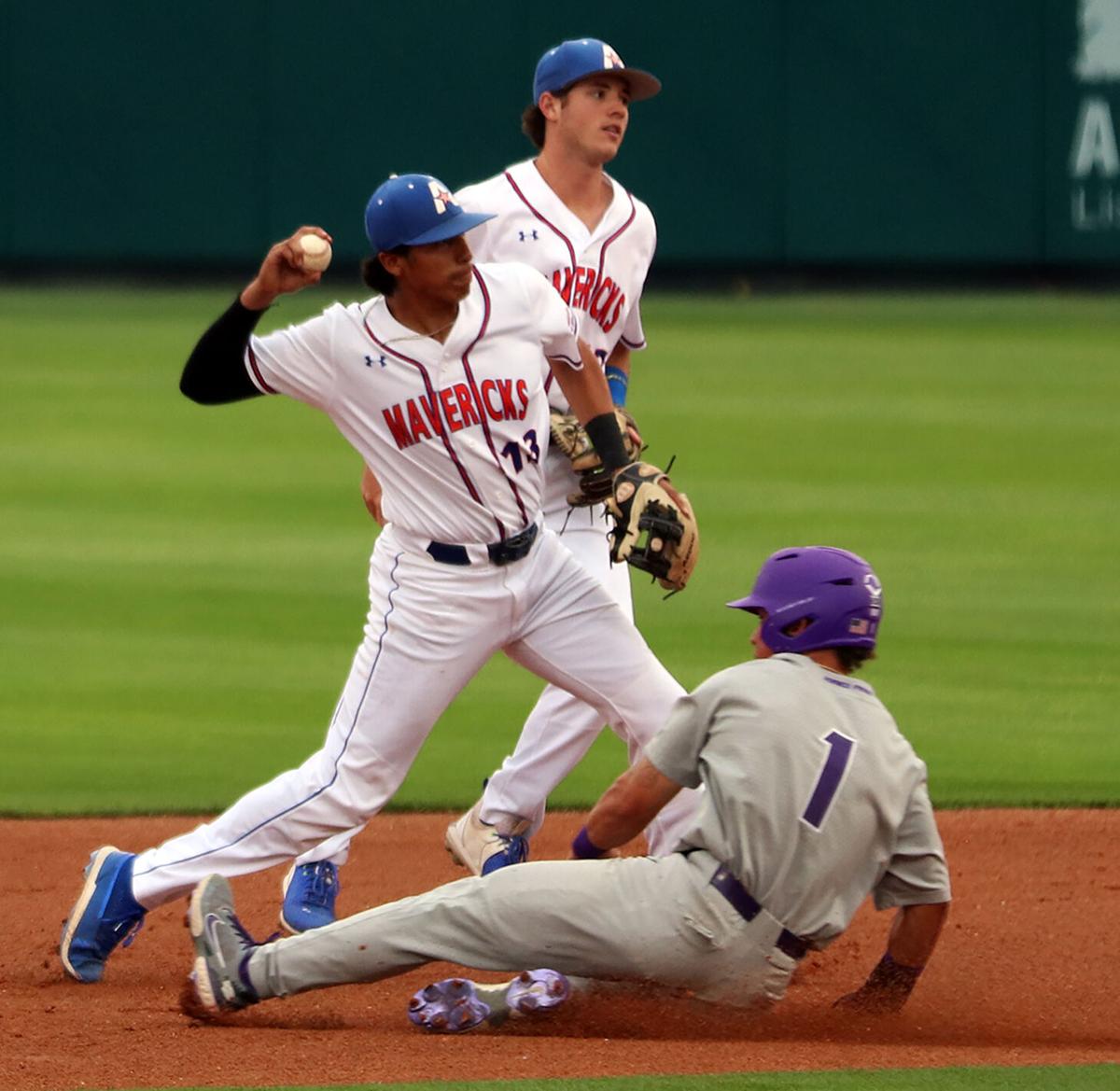 Senior infielder Josh Minjarez throws to first for a double play during a game against TCU on April 27 at Clay Gould Ballpark. UTA is 9-9 at home after the 8-3 loss. 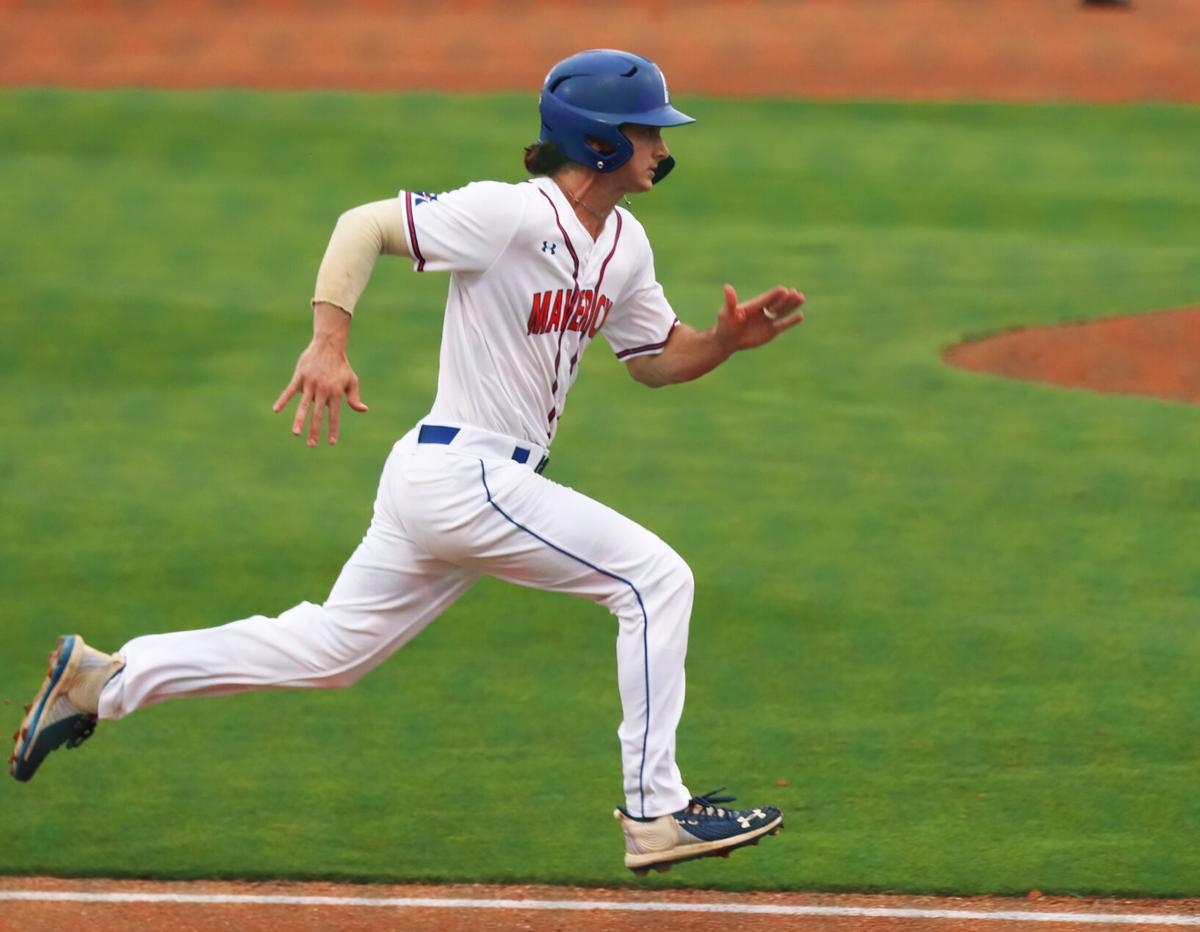 Junior infielder Boone Montgomery runs to third base during a game against TCU on April 27 at Clay Gould Ballpark. Montgomery scored the first run of the game for UTA in the first inning. 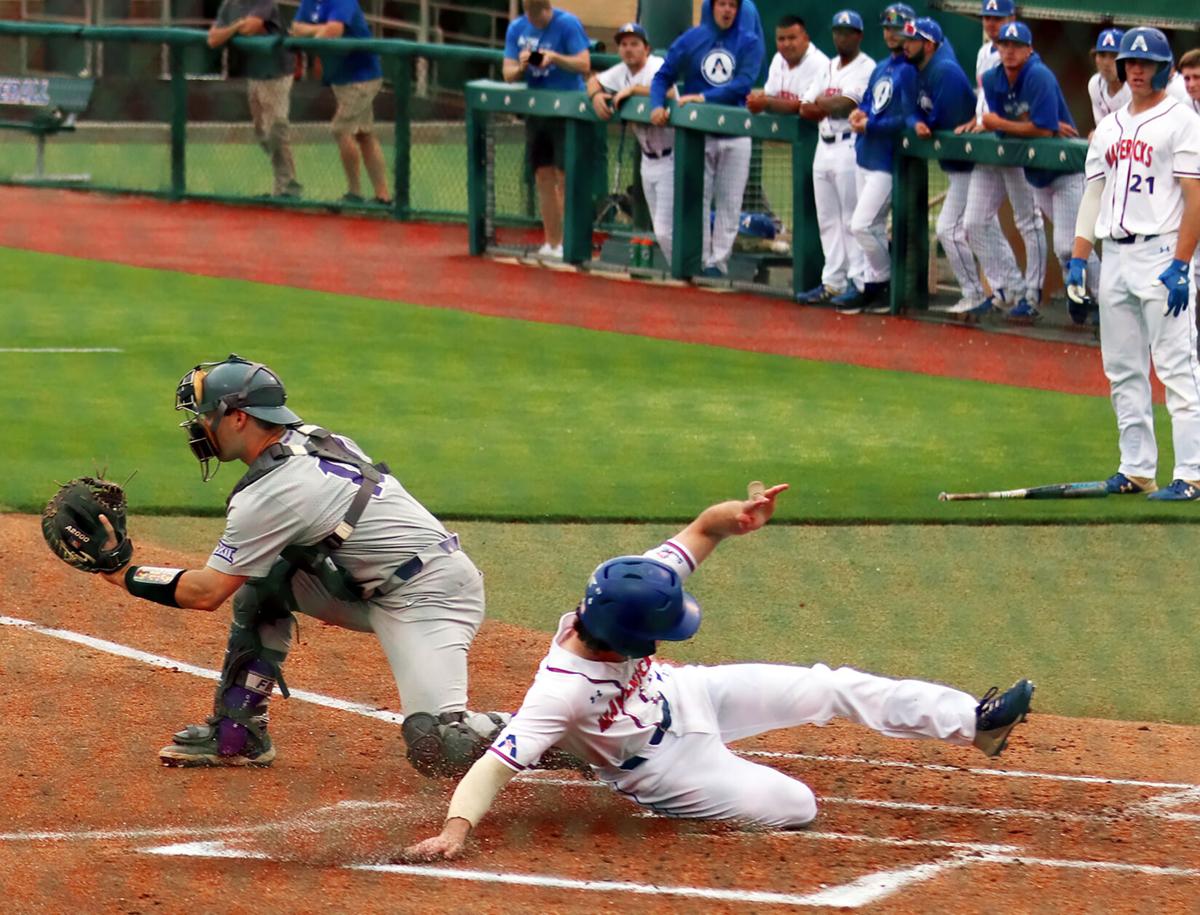 Junior infielder Boone Montgomery slides home during a game against TCU on April 27 at Clay Gould Ballpark. Montgomery was 0-3 at the plate but reached on a hit-by-pitch.

This was the third meeting this season between both sides, with the Horned Frogs taking the first two matchups against the Mavericks by scores of 5-3 on March 30 and 9-1 on April 20.

The Horned Frogs lead the all-time series between the Tarrant County rivals, carrying a 108-60-1 all-time-record against the Mavericks and a 36-12 record since 2003.

The team also brought awareness to colon cancer and the prevention, diagnosis and treatment of the disease during Tuesday's "UTA Beats Cancer" game.

UTA got off to a fast start over the Horned Frogs, taking advantage of mistakes made by TCU’s freshman pitcher Luke Savage.

Junior infielder Boone Montgomery started the bottom of the first being hit by a pitch and then advancing to second off Savage’s balk. Montgomery advanced to third off a ground ball and then scored off a sacrifice fly from senior outfielder Connor Aube to give UTA a 1-0 lead.

After pitching a scoreless first inning, sophomore pitcher Cade Winquest gave the lead back to the Horned Frogs in the top of the second. He surrendered four runs, with three of them coming off a three-run home run from TCU senior outfielder Hunter Wolfe.

UTA responded in the bottom of the second inning, putting a run on the board after a grounder from junior catcher Sam Gotlieb was mishandled on a throw, allowing sophomore outfielder JD Wadleigh to cross home plate and cut the deficit to two runs.

TCU scored three more runs in the top of the fifth inning to extend their lead to 7-2, putting the Mavericks in a deep hole that they wouldn’t be able to get out of.

“When you get behind on a good club like that, they're gonna keep running arms at you. It’s hard to come back,” head coach Darin Thomas said. “Now we just got to get ready for the weekend.”

The Mavericks’ attempt at a comeback fell short, scoring their final run in the sixth inning to cut the TCU lead down to 7-3. The Horned Frogs were unfazed, tacking on a run in the top of the eighth to end the scoring on the night.

Aube led the UTA offense, finishing 2-3 at the plate, scoring one run and driving in a run in the first inning.

Winquest finished the game with two innings pitched, allowing four runs on four hits, striking out one and walking three batters. The two-inning performance matched a season low, tying the two innings pitched on March 9 against the University of Oklahoma and Feb. 23 against Tarleton State University.

“He wasn’t in the strike zone and wasn’t himself,” Thomas said. “You pitch enough, that’s going to happen.”

The Mavericks are scheduled to resume conference play in a three-game series against the University of Arkansas at Little Rock, the Sun Belt Conference West Division leader, at 6:30 p.m. Friday at Clay Gould Ballpark.

“They played three more [conference] games than we have,” Thomas said. “It’s going to be a huge weekend.”