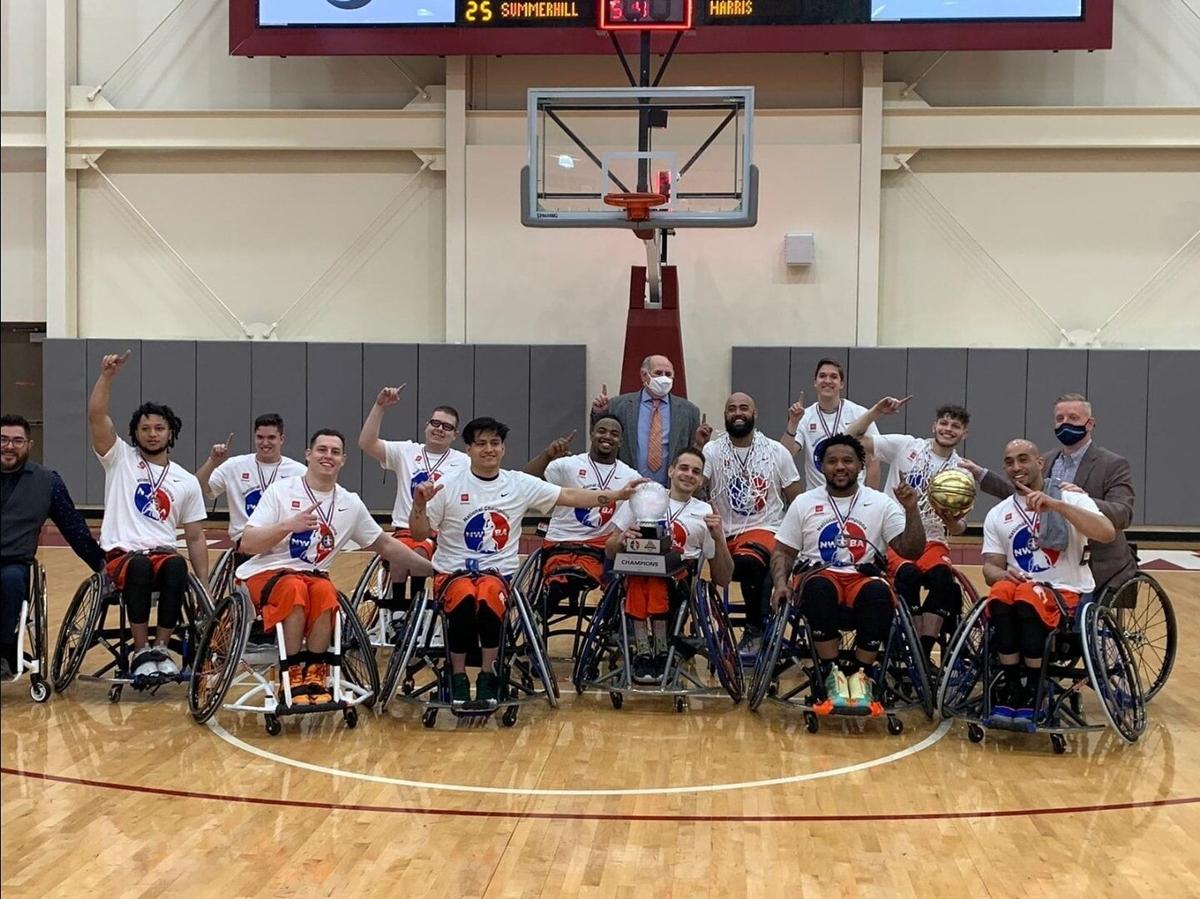 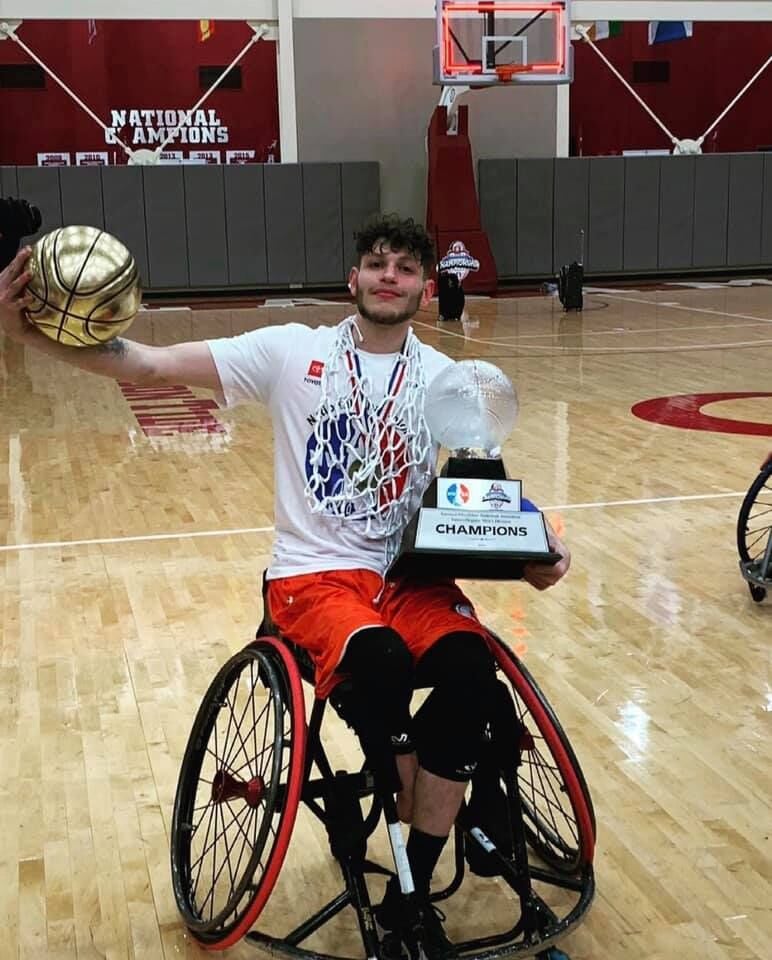 Freshman Amit Vigoda was named the tournament's most valuable player after scoring 26 points in the game.

On the final day of the 2021 National Intercollegiate Wheelchair Basketball Tournament, both the Movin’ Mavs and Lady Movin’ Mavs faced a familiar foe in the University of Alabama.

The Lady Movin’ Mavs were in a pivotal win or go home situation after losing game one of their best-of-three series to the Crimson Tide 62-42 on Friday at Stran-Hardin Arena for Adapted Athletics in Tuscaloosa, Alabama.

The Movin’ Mavs advanced to the national championship game after defeating Southwest Minnesota State University 61-50 in the semifinals of the National Intercollegiate Wheelchair Basketball Tournament on Friday.

Last season, the Movin’ Mavs didn’t have the chance to compete in the National Intercollegiate Wheelchair Basketball Tournament after it was canceled due to the COVID-19 pandemic. However, they earned the title of 2020 regular season champions.

Coming into the 2021 National Intercollegiate Wheelchair Basketball Tournament, UTA played in only six games due to COVID-19 issues and inclement weather. That showed on Friday as UTA won by only nine points against the Mustangs.

But from the moment the Movin’ Mavs got on the court Saturday, they never trailed, seemingly unflinching in their victory over the Crimson Tide.

“One of the things we talked about was getting off to a good start cause sometimes we don't do that,” head coach Doug Garner said. “We really wanted to come into their house and win this game.”

Freshman Amit Vigoda was an instrumental part of UTA’s success in the first half. He scored 16 points, which was the highest among all scorers.

“[Vigoda] was just very motivated, he loves that game pressure,” Garner said. “That's what fueled him.”

Coming out of halftime, UTA maintained a double digit lead, going up 45-31 with 12 minutes left in the game.

From that point on, the Movin’ Mavs cruised to the 66-51 victory. UTA had three players score double digits, with Vigoda leading all scorers with 26 points, freshman Aaron Summerill scoring 13 points and sophomore Carrington Marendes scoring 17 points.

Vigoda, in his first season with the Movin’ Mavs and playing in his first tournament, was named most valuable player.

Looking for their first national championship since 2018, the Lady Movin’ Mavs took the floor in dire need of a win to continue their season. Both teams started strong with, Alabama taking a 9-8 lead in the first quarter with 6:43 remaining.

The Crimson Tide continued to lead throughout the first quarter, bringing their lead up to five points at 25-15.

With the game starting to get away from UTA, head coach Jason Nelms decided to call a timeout. Coming out of the timeout, the Lady Movin’ Mavs put together a run to bring the Crimson Tide lead back down to single digits.

By halftime, UTA trailed 33-29, with freshman Alexus Cook leading the team with 14 points.

“Our team could’ve just shut down at that point, they could’ve just easily melted away,” Nelms said. “They fought the whole time.”

In the third quarter, Alabama continued to pressure UTA’s defense and took a 42-33 lead with 5:30 left in the quarter.

UTA came back from the nine-point deficit and made it a four-point game by the time the fourth quarter came along.

The beginning of the fourth quarter was competitive, with both teams knowing what was on the line. For Alabama, a chance to win a seventh national championship, and for UTA, a chance to keep their season alive.

Alabama came out on top after taking a double-digit lead, while the Lady Movin’ Mavs were unable to respond to the Crimson Tide offense.

Cook finished the game with 28 points, while her teammate and fellow freshman Zoe Voris finished with nine points.

Even with the loss, Nelms spoke highly of his team and expressed his excitement for the future of the Lady Movin’ Mavs wheelchair basketball program.

“[Cook] grew today, I mean she had 28 points, and this is only her second game of the season,” Nelms said. “For her to come in and have that experience as a freshman, I mean that’s just dominant.”

Nelms said he sees his team as favorites going forward as long as the freshman duo of Cook and Voris can stay together and stay hungry.