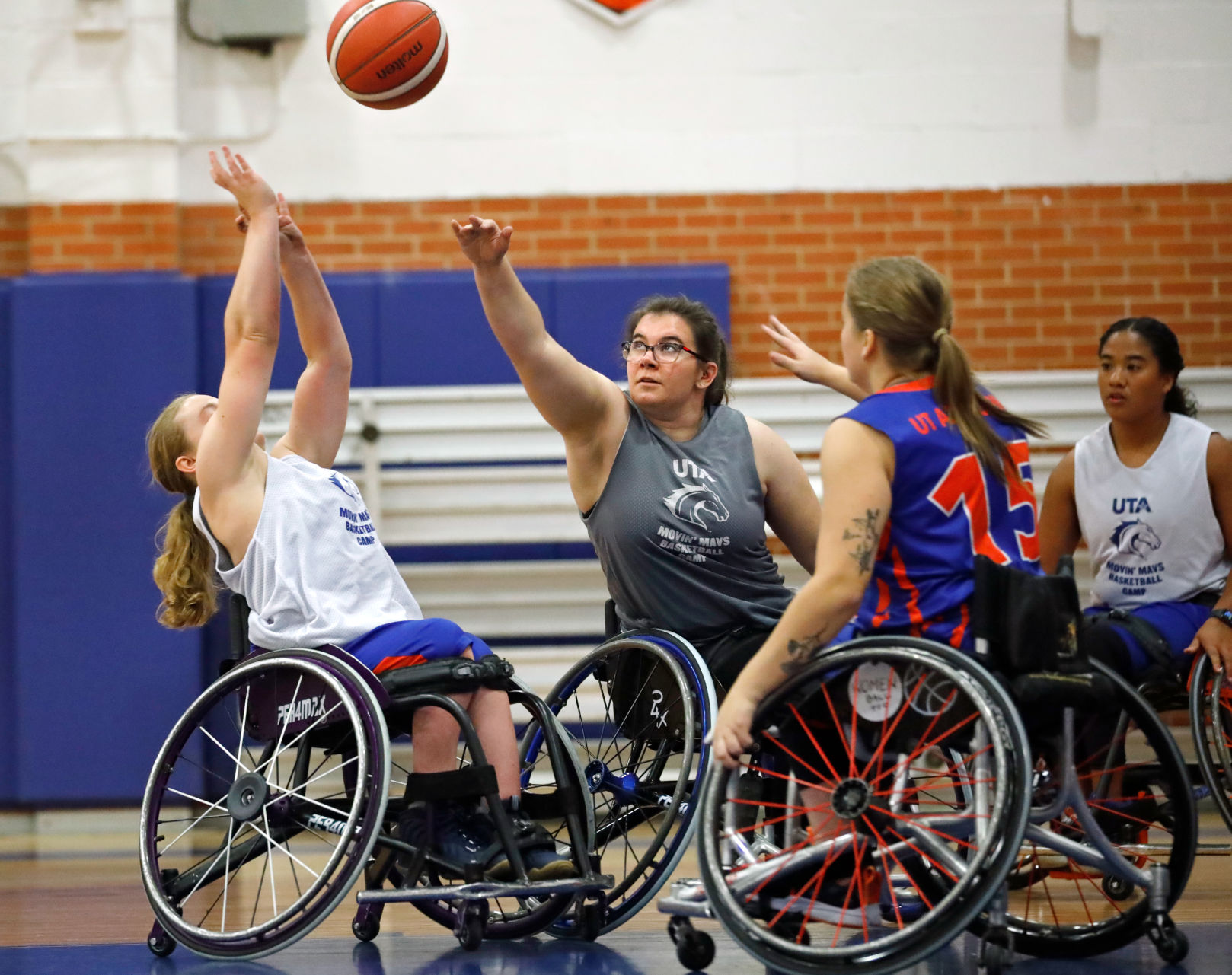 Lady Movin' Mavs freshman Megan Lotz reaches for the ball during a practice game Oct. 25 at the Physical Education Building. 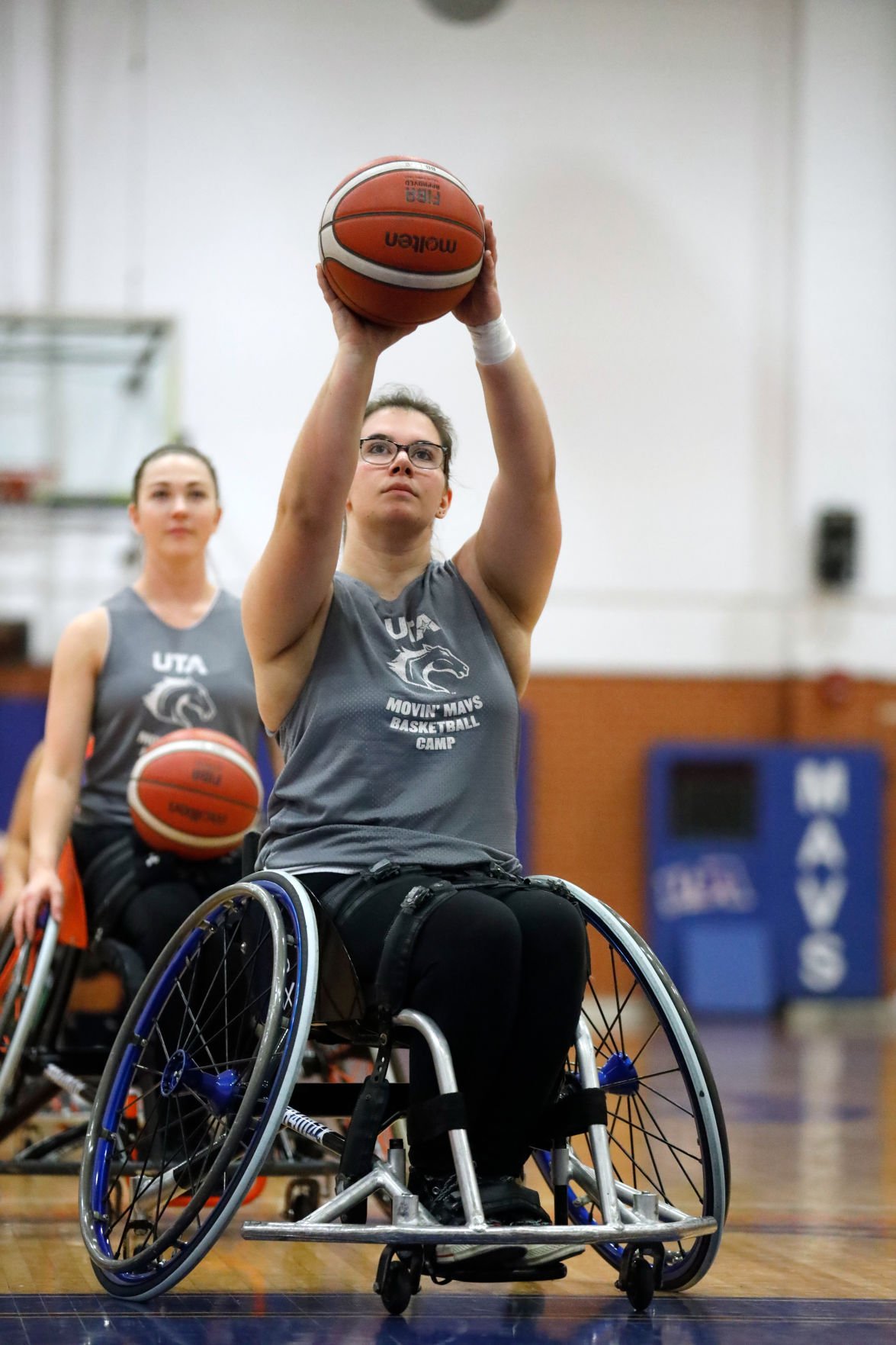 Lady Movin' Mavs freshman Megan Lotz reaches for the ball during a practice game Oct. 25 at the Physical Education Building.

Nelms doesn’t expect the new recruits to fill the gaps left behind but to instead fill new roles in the evolving team.

“We are not the same team that we were, with the same kind of girls that we had,” he said. “We’re a bigger team. We’re a more physical team.”

Nelms wants the high-pointers to worry less about ball handling so he recruited ball handlers who can read the floor, get the bigs in the key and play downhill, he said.

“Those are kind of the roles that I need my freshmen to fill in right now,” he said.

She has been playing wheelchair basketball since 2010 and made the Canadian national team in 2017.

Her strengths lie in the fast-break, Tessier said. She reads the floor well, especially in transition.

If there’s an opportunity to start a fast-break, to get to the rim and score easy buckets, Tessier looks for that.

“She’s meant to be out there to push the ball super fast, hit some layups and get the ball to her bigs,” Nelms said.

Tessier is someone who’ll play heavy minutes while learning a new system because she has a high basketball IQ, he said.

This season, Nelms said he wants to help Tessier become a better outside shooter.

“She has to become that outside presence that can score behind screens,” he said.

Nelms first saw Lotz play this summer at a women’s wheelchair basketball camp and decided that her skill set is what the team needed.

“She was always working for someone else, always setting the right picks,” he said. “She picked up everything that you said at camp and within a couple of minutes she was already adding that to her game or trying to do it.”

On the court, Lotz describes herself as a playmaker.

“I like to set other people up for success,” she said.

Lotz said she’s good at seeing the court and making the right plays. That ranges from setting screens to setting up a shot.

“She’s one of those individuals who her game is, sacrifice for the betterment of her team,” Nelms said.

Although Rodriguez never played basketball before Nelms recruited her, she has an athletic background.

Rodriguez had a full-ride scholarship for soccer to New Mexico State University this fall, she said, but months later was diagnosed with cancer and lost one of her legs along with her scholarship.

“With [Rod], it’s more about helping her right now than it is for helping us,” Nelms said.

As the season progresses, Rodriguez aims to learn as much as she can about the sport, and she wants to prove herself.

Nelms said Rodriguez is learning every day, from the basics of the sport to maneuvering on the court. She’s approaching it the same way anyone who is new to using a wheelchair would.

“She’s starting from square one,” he said.