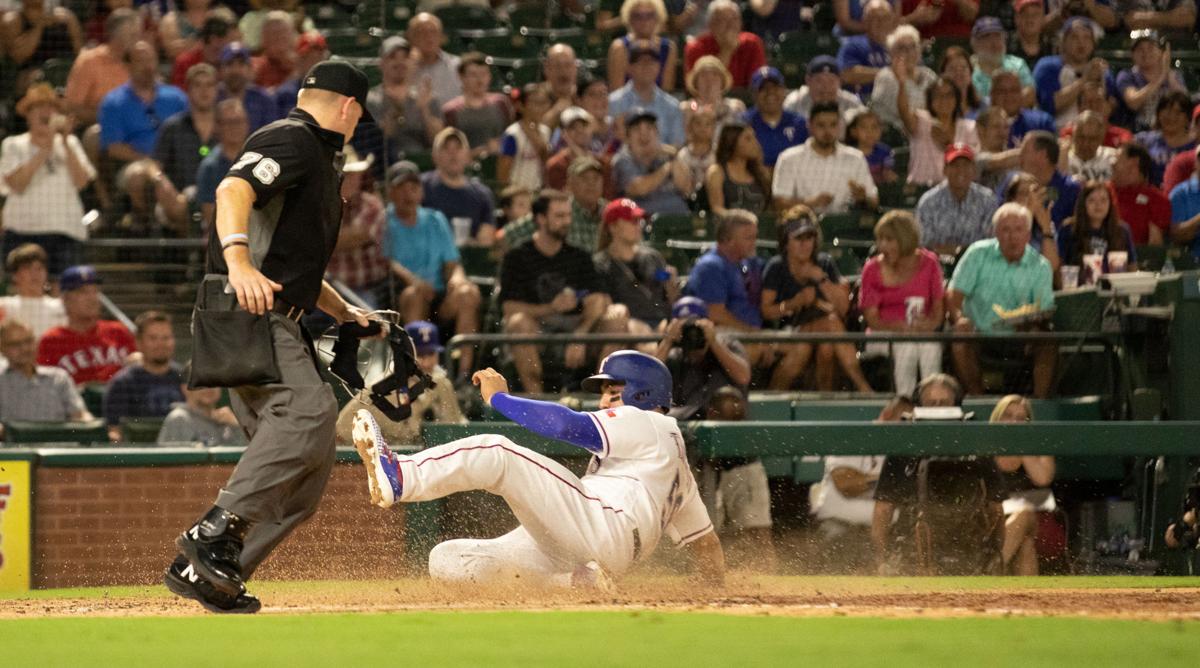 Texas Rangers catcher Jose Trevino slides to home plate in the game against the Tampa Bay Rays during UTA Night with the Rangers on Sept. 12 at Globe Life Park in Arlington. Trevino went 2-4 at the plate. 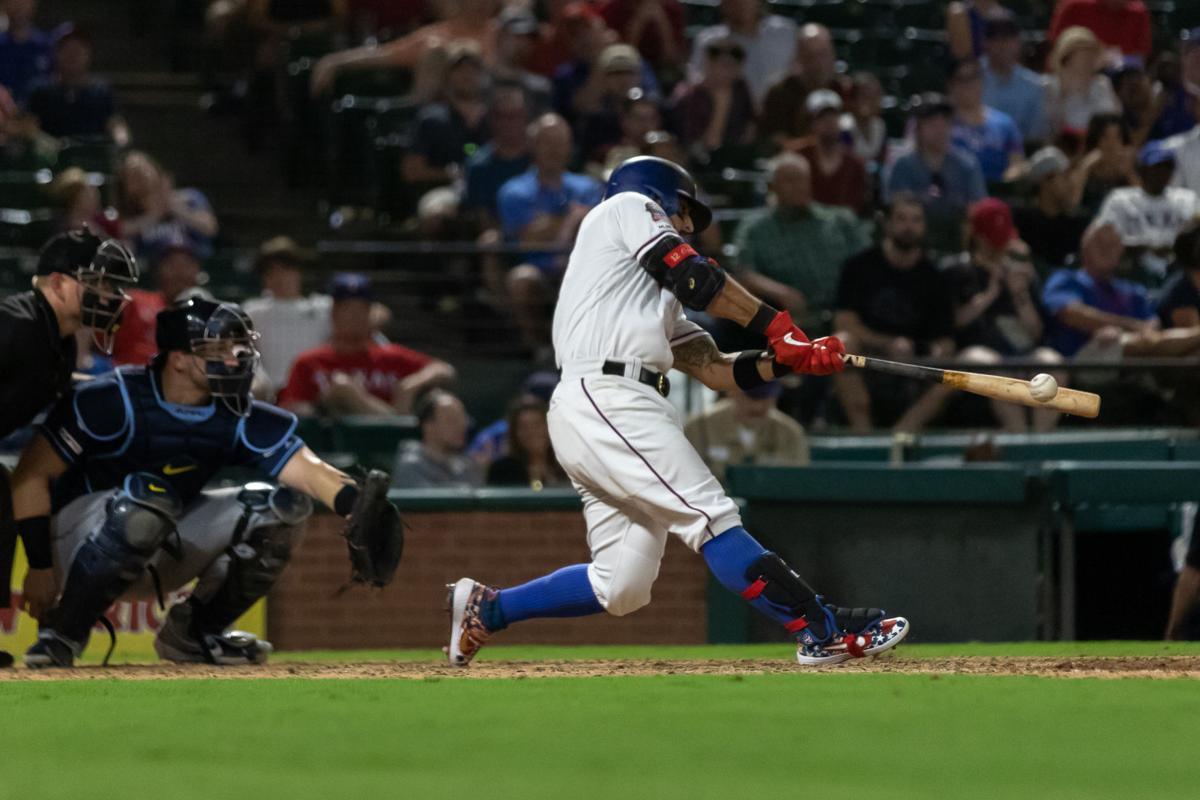 Rougned Odor, Texas Rangers second baseman, hits a ball against the Tampa Bay Rays during UTA Night with the Rangers on Sept. 12 at Globe Life Park in Arlington. Odor hit a home run in the seventh inning to push the Rangers' lead to 6-4 over the Rays.

UTA students, alumni and parents attended the Thursday matchup, as it marked UTA Night as part of the organization’s annual University Days. The first 1,000 members of the UTA community received a UTA-themed Rangers cap.

The game started as a back-and-forth affair, with both teams tied at 1-1 through two innings.

Texas began to pull away in the fourth inning after a single, a wild pitch and a two-run home run gave the Rangers a 5-1 lead.

Right fielder Austin Meadows gave life to the Rays with a double to center field in the top of the fifth. Meadows’ line drive scored catcher Mike Zunino and center fielder Avisail Garcia, cutting the deficit to 5-3.

Meadows scored off of a single from left fielder Tommy Pham to bring the Rays within one. Rangers manager Chris Woodward was ejected by umpire Mike Muchlinski for contesting a call on a pitch at the top of the seventh.

Second baseman Rougned Odor hit his 26th home run of the season in the seventh inning to give Texas some breathing room. The Rangers turned a game-ending double play in the ninth to secure a 6-4 victory.

The Rangers went through five pitchers during the game. Pitcher Luke Farrell earned the victory for the Rangers, bringing his season record to 1-0. He pitched two innings, where he struck out two batters and surrendered one hit.

Texas continues its homestand when it hosts the Oakland Athletics at 7:05 p.m. Friday at Globe Life Park.