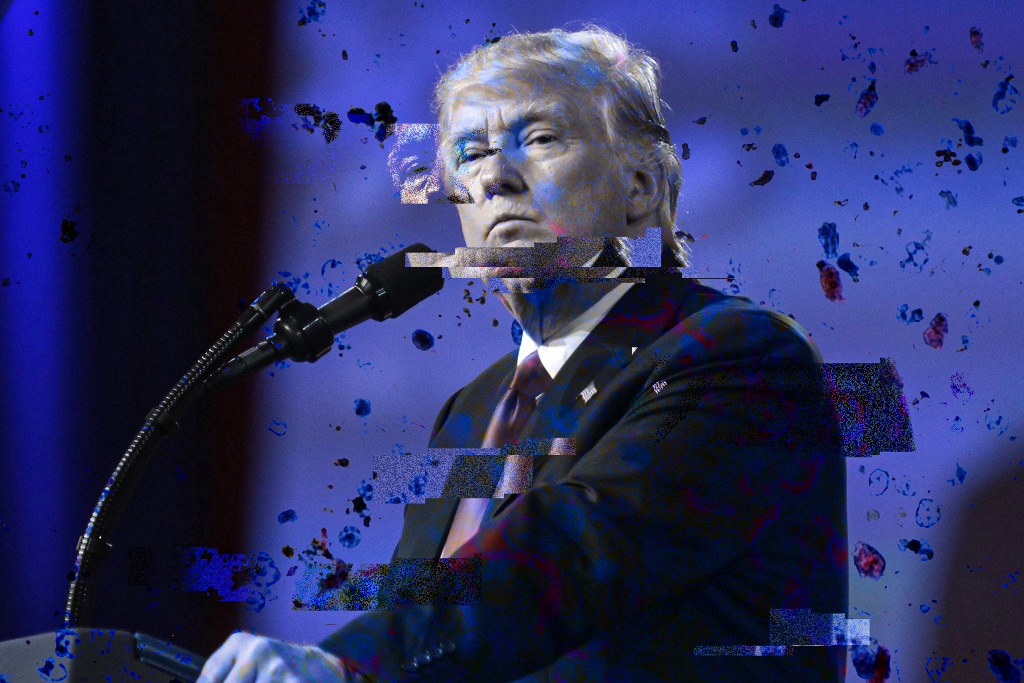 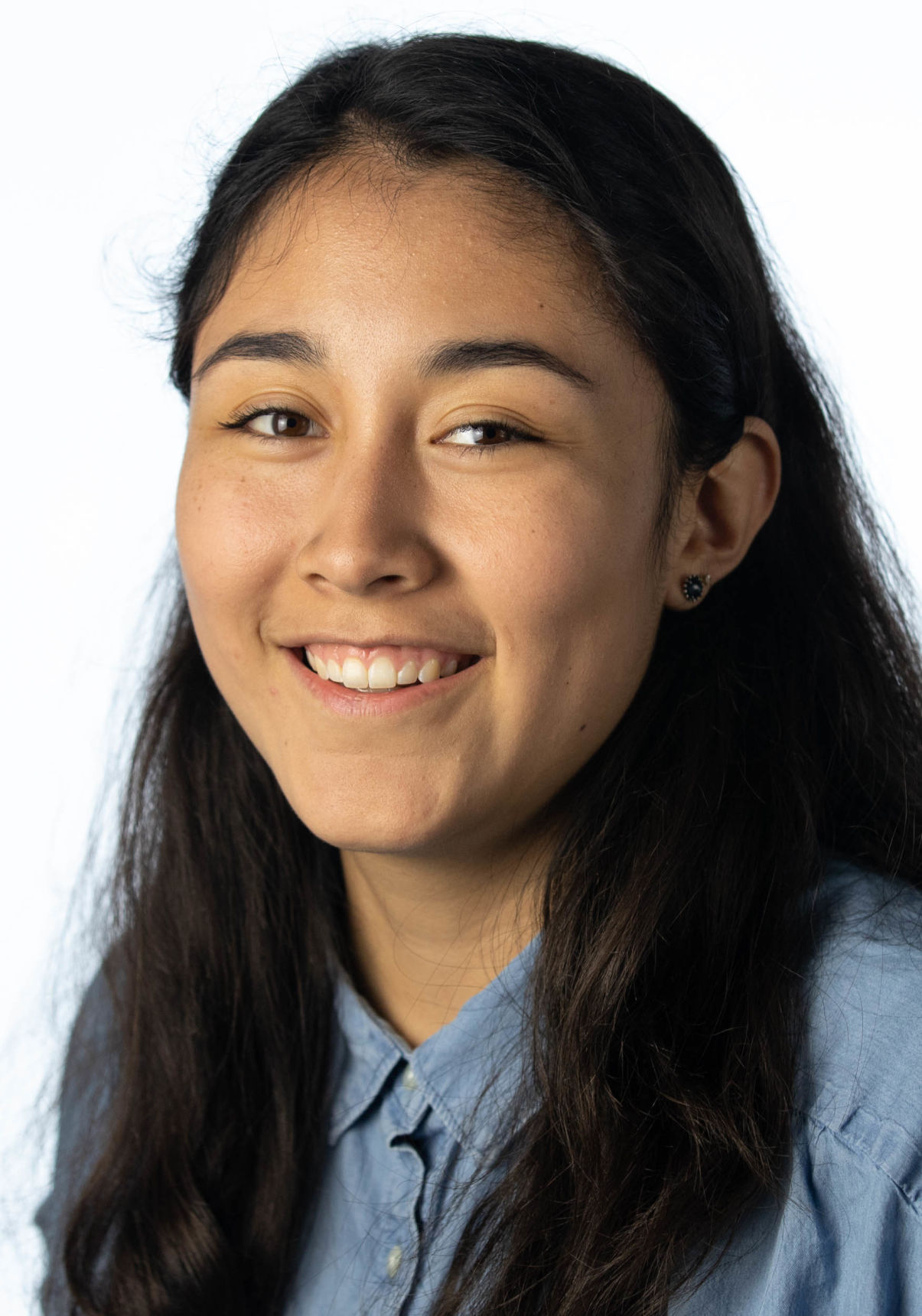 Cardona is a broadcasting senior and news reporter for The Shorthorn

Recordings of interviews between President Donald Trump and Bob Woodward, Washington Post associate editor, revealed Trump acknowledged the severity of COVID-19 in early February despite downplaying the pandemic at the time.

Woodward’s recordings are part of his 18 interviews held with Trump for his upcoming book, Rage.

When the recordings were published by The Washington Post on Sept. 9, people on Twitter were quick to blame Woodward for withholding information. Some critics questioned his ethics and accused him of holding back for the sake of book sales.

While it’s easy to blame Woodward, let’s not forget who we should hold accountable: those in power, those in charge.

As the president of the United States, it’s Trump’s responsibility to be as open as he can with the American people. His excuse that he didn’t want to panic the public hardly holds up.

Woodward told the Associated Press that if he had published the recordings back in February, it wouldn’t have told people anything they didn’t already know. He has a point. Having Trump on the record admit that he recognized COVID-19 as deadly wouldn’t have changed how his public downplaying of the virus matched his weak policies in dealing with it.

The World Health Organization declared COVID-19 a public health emergency of international concern Jan. 30, a day before the U.S. implemented a travel ban on most travelers from China.

At a New Hampshire campaign rally in February, Trump said, “Looks like by April, you know, in theory, when it gets a little warmer, it miraculously goes away.”

On March 5 the Centers for Disease Control and Prevention stated there was no reason to believe the virus behaves differently in varying temperatures.

The U.S. already had around 1,100 cases and 33 deaths when a travel ban on several European countries was announced March 11. The same day, in an address to the nation, Trump said the risk was low for the majority of Americans.

There was a shortage of personal protective gear such as N95 masks in March, and COVID-19 testing supplies were limited, despite Trump’s claim March 6 that anyone who wanted a test could get one. Just three days before, the CDC said public health labs had a testing capacity of 75,000.

On Jan. 22, a day after the first U.S. case was confirmed, Trump said, “We have it totally under control.”

If the Woodward tapes had been released back in February, they would have only told us what we already knew to be true because we saw it happening right before our eyes. It would have told us that COVID-19 is dangerous, the president knows, and he is still not doing enough.

What would have been alarming and warranted outrage would have been if a health official, like Dr. Anthony Fauci, had dismissed the pandemic’s severity while hiding the truth from the public.

But Fauci and other health officials warned us and the president of the severity of COVID-19 from the beginning. And yet Trump continued to drag his feet.

In a March 19 interview, Trump told Woodward that he didn’t want to alarm the public with the whole truth.

“I wanted to always play it down, I still like playing it down because I don’t want to create a panic,” Trump said.

Other presidents, from Franklin D. Roosevelt during the Great Depression to John F. Kennedy facing the Cuban Missile Crisis, have kept Americans in the loop about harsh realities and potential national threats in the past.

The only way this would have been somewhat significant is if the U.S. had been more prepared and achieved the same success as New Zealand or Iceland in their COVID-19 response. If from the beginning Trump had taken the pandemic seriously with action, it would have held up his claim that he didn’t want to create a panic.

Instead he downplayed it, in both words and actions, and the American people are still suffering the consequences in September.

If the tape has any relevance today, it should erase any doubts left standing that Trump didn’t do enough.

Covid, Coronavirus, COVID-19, what ever you want to call this “virus” the truth is that the media and the left have been fear mongering using the “pandemic” as a political weapon for months now. Bob Woodward is a known enemy of Republicans and conservatives and was completely unethical for withholding the contents of this interview. However even though another reporter is using what little he can to try and hurt the president needlessly, and drag our country through another partisan scandal, let’s examine the main point the left is using to attack Trump (yet again).

The left argues that the president was hiding information and purposefully down played the severity of the pandemic.

Wait a minute! You’re saying that a nation’s leader was trying to maintain calm and order by not inciting panic based around a virus that has a very low mortality rate compared to the worlds population?! How could he do this thing which protected public safety and tried to keep the nation calm?! what a horrible leader!

Really? Are we really going there? The truth of the matter is that now multiple intelligence agencies have reported (along with actual Chinese researchers and universities that are now blowing the whistle on the Chinese government) that this virus was not a natural phenomenon and was most likely manufactured in the level 4 Wuhan bio research lab. One Chinese’s whistle blower even argues that this virus in particular was one of a number of different viruses being studied to be used as biological weapons! And yet the Chinese lied when it got out of their lab, they lied about where it came from, how deadly it was, and how other countries should respond. Make no mistake intentional or not this was a biological attack on the world because China was being punished for their atrocious and frankly dastardly trade and economic practices taking advantage of the world.

Now back to the president; Trump regardless of what Democrat agents say took the virus very seriously, this is why he tried (and finally succeeded) instituting travel bans from China and then added to that list and what was the Democrats response? “See he’s a xenophobe!” And then Democrats made a fool of themselves like Pelosi who went to china town in San Fran. And said their was no danger even though the Chinese government already allowed their own infected people to travel all over the world and even into the US. Then as more people began getting infected the President formed the Coronavirus task force, instituted the defense production act to manufacture medical equipment including ventilators, and PPE for medical workers and then for the country as a whole. Then as places like NY and California had explosions of cases and were led by incompetent leaders the president utilized the resources of the federal government and offered aid including using the Army corps of engineers to build field hospitals in the event that both states had over flows from their hospitals (which were ignored by both governors) and also deployed both of our Navy’s hospital ships to both states to offer additional doctors, medical supplies, and beds to house patients which were ignored as well because of petty politics. Ironically enough these are the two states that had the highest death rates as a result of the virus (Thank Cuomo for all the elderly patients he killed because of the nursing home scandal). When there was a surge in Florida, Texas and Arizona the rest of the country was ready to respond and there was never an instance of hospital over crowding in any of those states and the death rate dropped significantly. The Coronavirus is a respiratory illness designed like a super flu which was created by the Chinese government. The president regardless of partisan attacks by the left has handled this pandemic very well all things considered and especially after the previous administration decimated federal surpluses and funding to push onto the public forced, low quality government healthcare. These petty attempts to smear the president and prevent his re-election is getting more and more desperate. The arrogance of the Democrats and their attempts to subvert our electoral process and silence the people’s vote is becoming more obvious, the Democrats are spinning out of control and unless they force the radical elements of their party like Bernie Sanders, AOC, and Kamala Harris back to the fringes of their party it could very well cause major violence across the nation and the American people will have to fight back to stop these corrupt, power hungry, and outright evil enemies of our nation.