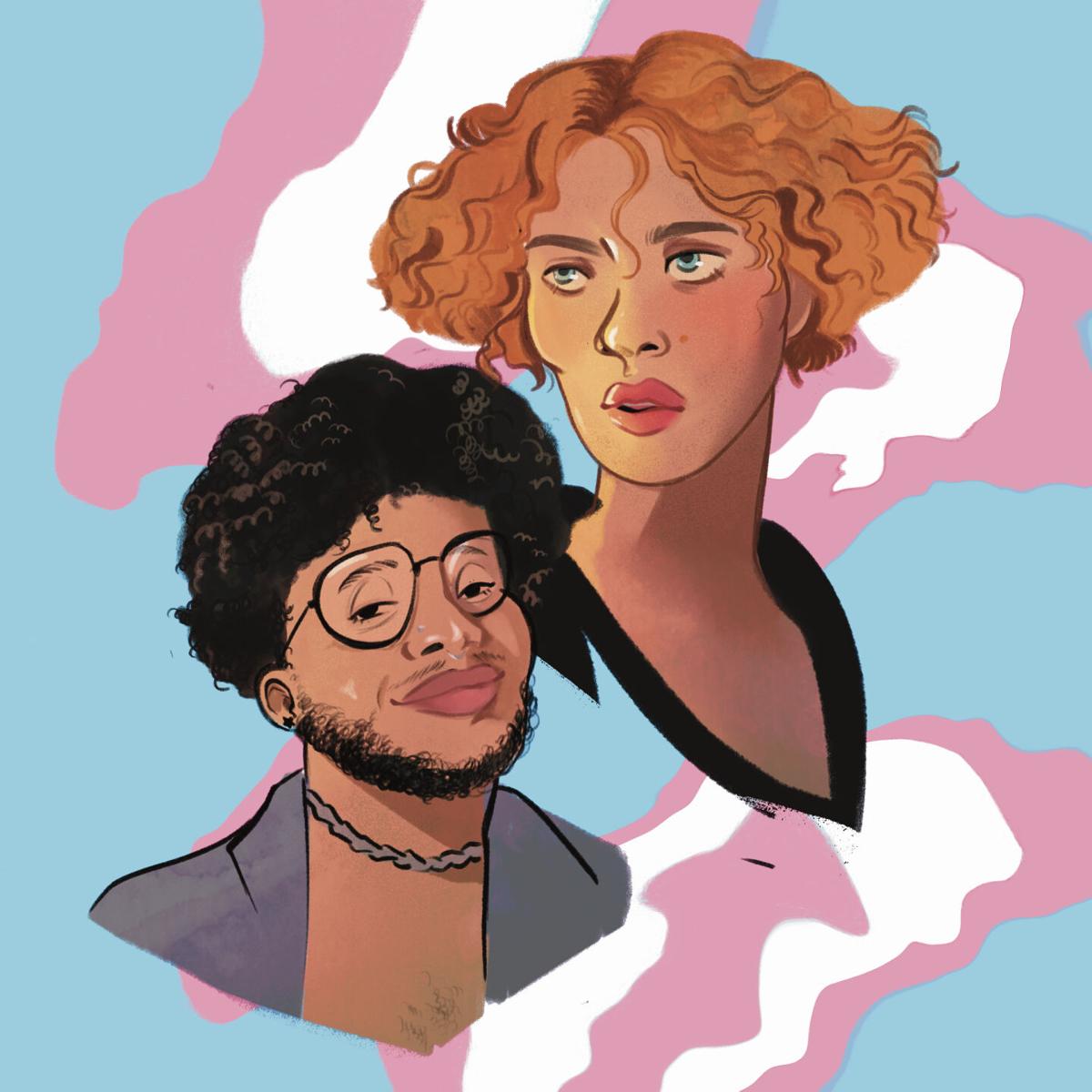 You’re reading She, a series of opinions during Women’s History Month explaining the various issues that women face.

LGBTQ+ people are represented in the media today more than ever, but all too often they are depicted as mentally ill, victims of violence, the butt of jokes or as villains.

These portrayals don’t demonstrate representation because they do more harm than good. When the media creates stories about transgender people that rely on negative stereotypes, people who consume that media might internalize that prejudice.

YouTube moves the camera directly into the subject’s hands, where they have a unique opportunity to frame themselves how they want to be seen. Through this platform anybody with the skill to create compelling content can find an audience, and each influencer is their own main character.

GLAAD, formerly known as the Gay and Lesbian Alliance Against Defamation, catalogued 773 series regular characters on broadcast scripted primetime television this season, and only 9.1% were LGBTQ.

Her topics range from feminism to sexuality, from race to transphobia, but all of her discussions are tied together by her individual nuance. Her ability to articulate exactly what it feels like to walk a mile in one of her homemade dresses is part of what makes her content so deeply important.

Her sisterly attitude and perspective on feminism make me feel comfortable. She reminds me of the friend you talk with about troubles with your significant other or vent to about drama. You know she’d listen and meter out some wisdom.

I am not a transgender woman, but as a cisgender woman and an intersectional feminist, I find the perspective transgender women bring to the table incredibly valuable. They are doing important work by existing and being themselves publicly in a way that humanizes them.

Wynn is the reigning queen of “LeftTube” and has been featured in publications such as The Atlantic, The New Yorker, and The Economist. Her ornate, thoroughly scripted videos are more like movies than typical YouTube fare, and her philosophy background combined with wigs and outlandish characters make for uniquely compelling edutainment.

Part of what makes Wynn so compelling is her ability to humanize issues. In her most recent video about J.K. Rowling, she refers to the author by her first name, Joanne, and empathizes with the thinking behind her rhetoric while dismantling the fallacies it’s based on.

Her compelling aesthetic and logical perspective reels in conservative viewers who disagree with her ideals, but with her production value it’s hard to look away. Wynn says that her past experience of living as a privileged white man helps her understand that perspective and help that audience understand where her ideals are coming from.

This may not seem that important to some, but I believe exposure is one of the best ways to fight bigotry, and transgender people face a lot of discrimination. Twenty-nine percent of trans adults live in poverty, and the rates are even higher for trans people of color, with 39% of Black trans adults and 48% of Latinx trans adults.

For those looking for work to escape poverty, finding a job may be difficult as 27% of trans adults say they have been denied a job or fired for their gender identity in spite of the Supreme Court ruling that protects trans people from discrimination in the workplace.

Bathroom bills prevent trans people from using restrooms that fit their identity, and if a trans person is kicked out of a restaurant or their housing, they may not have legal grounds to fight back.

If a trans person gets kicked out of their home, they may not be able to find housing in a shelter as only 30% of women’s shelters allow trans women. Trans and gender-nonconforming people also see disproportionate levels of violence.

A majority of trans and gender-nonconforming people have experienced violence from an intimate partner. At least 50 transgender or nonbinary people were killed in the U.S. and Puerto Rico since about this time last year, but this is just an estimate as gender identity is not always reported in official reports, according to NPR.

YouTube representation can only be a small part of fighting this injustice, but I see it as a step in the right direction. My hope as a society is that the more we see fully fleshed out, complex, human trans people, the more we will learn to accept them for who they are and allow them to exist unencumbered.

Everybody deserves to express their gender in a way that resonates with who they are inside, and when I see these brilliant women crushing it on screen, I can’t imagine anybody wanting them to be anything other than who they are.