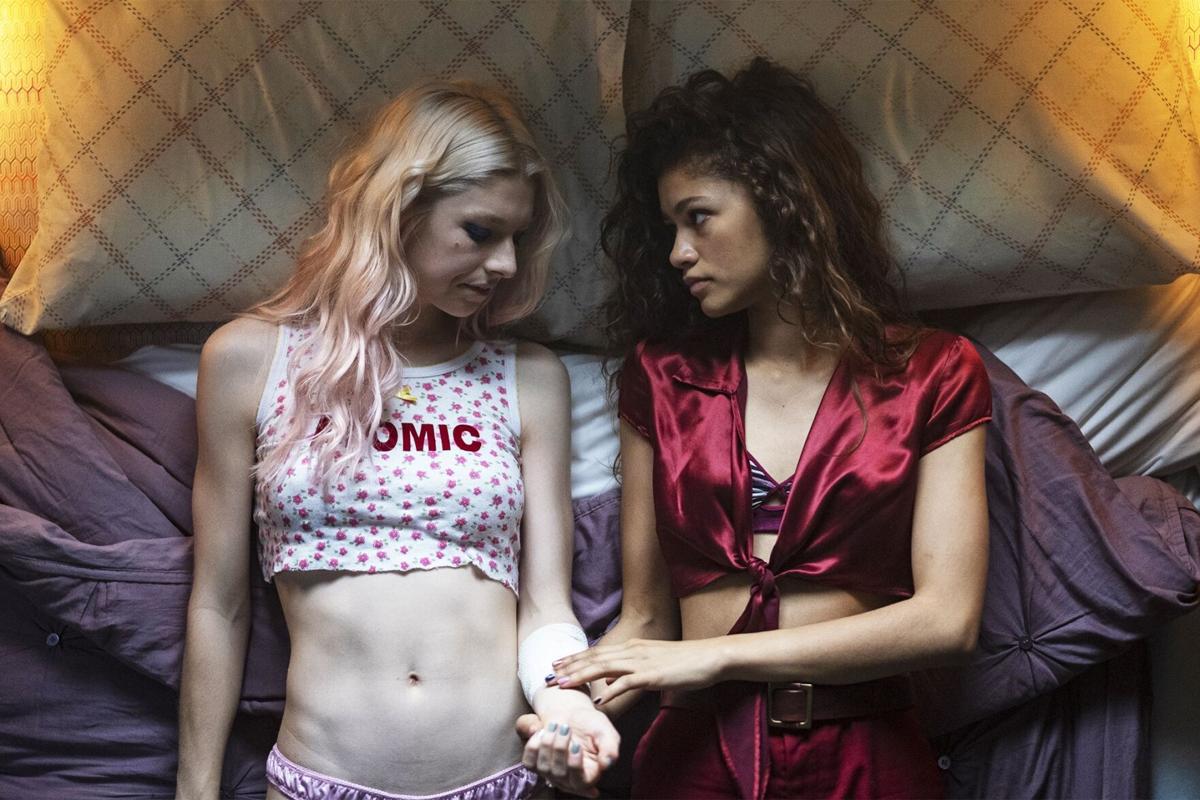 HBO’s “Euphoria,” a remake of an Israeli teen drama, took our collective breath away with its whirlwind first season.

Its LGBTQ representation struck a chord with a generation that is increasingly out and proud, and the show’s bold approach to taboo topics such as addiction and sex work has drawn a lot of attention. Fans eagerly awaited the second season, but “Euphoria,” much like the rest of us, had to face a change of plans when the pandemic hit.

While we’re waiting for an official second season, the show creators found a way to tide us over with two special episodes that aired Dec. 6 and Jan. 24. Both episodes center around the main characters, Rue Bennett, played by Zendaya, and Jules Vaughn, played by Hunter Schafer.

For me, these two episodes were deeply moving and important additions to the show as a whole. The feeling of intimacy I got from these explorations of three-dimensional, flawed, empathetic characters was like having a conversation with a close friend, something I haven't had as much opportunity to do since the beginning of the pandemic.

With the one-year anniversary of COVID-19 coming up, I find myself reflecting on the past year.

The pandemic has been rewarding in strange ways, but the relative isolation and sense of impending doom have certainly taken their toll on me. I miss having weird conversations over lunch with my friends on campus and late-night pancakes with people I haven’t seen in a while. It feels like it's been forever since I spent time with people I’m close to.

The new episodes are significantly different from the first season in style and tone, and they evoked a different feeling from me. COVID-19-friendly production played a major role as the creators were forced to minimize cast and crew as much as possible, but credit for the new feeling also belongs to Schafer as the co-writer on her character Jules’ special episode.

Rue’s episode, titled “Trouble Don’t Last Always,” was an extended conversation between her and her narcotics anonymous sponsor, Ali. In 2017 the National Survey on Drug Use and Health found that 19.7 million American adults aged 12 and older struggled with a substance use disorder, and 8.5 million battled both a mental health disorder and a substance abuse disorder.

The first few episodes of the first season laid bare the harsh reality of Rue’s addiction, but as the show went on, her struggles became less obvious as drama from the other characters took center stage. She takes a supporting role for Jules and for a while almost seems recovered, which is what makes these episodes such an important reset for Rue’s character.

When we see Rue has relapsed at the beginning of the episode, it’s concerning, but she’s so good at pretending to be okay that we wonder if her drug use might not be as bad for her as we thought. Ali calls her out right away. Their dynamic is a major part of what makes this episode so amazing. There is not a single character in the show who understands Rue and her issues with drugs as well as Ali does. The rapport between the two is built on a mutual experience that I and many others will never understand. Rue can lie to herself, but she can’t lie to Ali, and he knows the only answer for her is sobriety.

Watching them interact moves me because it reminds me of what it feels like to speak with somebody who understands and sees you for who you are.

When we finally get insight into Ali’s past, it’s heartbreaking because we see how hard he’s trying to be a good person, and it recontextualizes the entire narrative. The violent, angry drug addict Ali used to appear to be was beyond saving to some.

It’s startling for us to see him this way because from our perspective and Rue’s, he’s entirely altruistic and supportive. His complexity as a character is meaningful because we don’t get to see both sides of men very often.

In the media, they’re usually either scary or harmless, but in this case, Ali gets to grow and change. It’s rare to see a show give this much attention to a supporting role, but his depth is why this episode speaks so powerfully.

By focusing on Ali, the show brings us out of Rue’s head for a bit. We see for the first time that she isn't a fully reliable narrator and that she’s lying to everybody in her life: her friends, family, Ali, us and herself.

When we get a glimpse into Jules’ inner life in her episode, titled “F*ck Anyone Who’s Not A Sea Blob,” that perspective, combined with Rue’s unreliability, helps us understand why Jules acted the way she did and empathize with her. In the first season, some of her choices were frustrating, but with new context, they make sense.

When I rewatched the first season in preparation for this article, I realized how well the creators prepared the revelations we got in this episode. When we finally learn about Jules’ fear of abandonment and her complicated relationship with her mom, Rue isn’t even involved, so she isn’t able to understand Jules’ behavior.

The subtle influences of trauma on a person’s life are impossible to fully unravel, and from the outside, their behavior often seems inconsiderate or like they’re just trying to cause problems.

Part of the reason I empathize with Jules so powerfully in this episode is I know what it feels like to annoy the people around you because you’re going through trauma, and they don’t understand. I think we’ve all processed emotions in a way that harms the people we care about at some point. Rue does this through drugs, something I personally don’t understand, but Jules is a lot closer to my personal experience, so her struggles resonate with me.

Many of us struggle with mental illness or unresolved trauma, but we aren’t given the tools to understand how to cope. The Addiction Center’s website states that only 10% of people who struggle with addiction receive treatment, and a 2019 Centers for Disease Control and Prevention study found that only 19.2% of adults had received mental health treatment.

We undervalue emotional education as a society, so when people falter under the burden of mental strife — like many of us have during the pandemic — we haven't learned the coping skills we need to work through our issues or recognize that others are struggling.

We need to experience Jules’ fear to empathize with her behavior. When we see her vision of the worst possible ending for her relationship with Rue, it's a horrific but necessary scene that illuminates the reality of these two girls: one speeding toward the abyss and the other terrified of being left alone.

The portrayal of characters who find themselves at dangerous crossroads has had a powerful impact on youth who see themselves and their friends represented on television for the first time.

These episodes evoke the intimacy of black box theater for me. The simplified cast and shooting remind me of plays, another thing I miss from before the pandemic. Television rarely immerses me as theater does, but these episodes felt alive, like spending time with somebody you love.

It can be hard to battle the feeling of isolation during a pandemic, and even I'm lacking in meaningful social connections. Instant messages and Zoom calls just aren't the same as face-to-face interactions. I enjoyed the last season of “Euphoria,” but I loved the special episodes, and I don't think we would have gotten something like them without the pandemic.