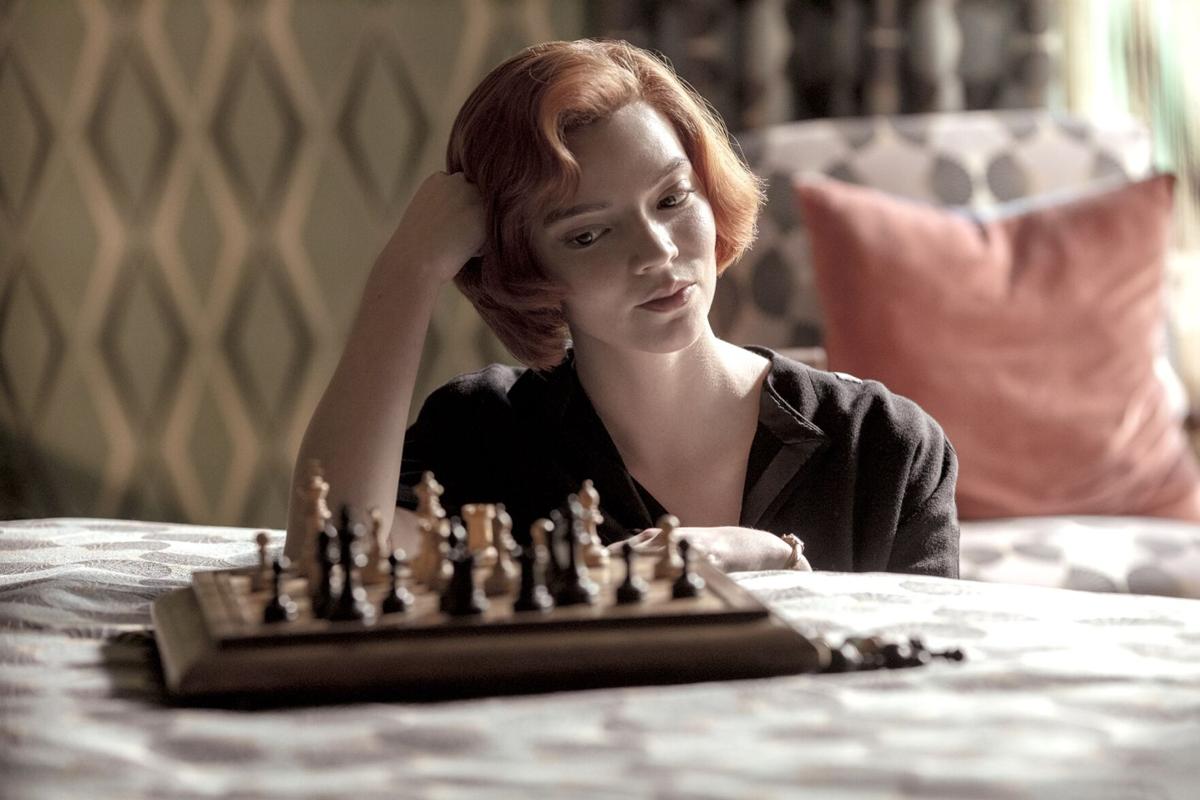 “The Queen’s Gambit” is a coming-of-age story set in the 1960s about an orphaned chess prodigy named Beth Harmon, played by actress Anya Taylor-Joy. The show immediately grabbed my attention and kept me engaged with interesting characters, wonderful visuals and a fascinating storyline.

The Netflix miniseries was awarded Best Television Limited Series and Best Performance by an Actress in an Anthology Series or Motion Picture Made for Television at the 78th Annual Golden Globes Awards on Feb. 28. And on March 8 news broke that musical production company Level Forward had acquired theatrical stage rights to adapt the show, based on Walter Tevis’ novel of the same name, into a musical.

The rich characters, compelling storyline and careful attention to detail that made the Netflix miniseries a huge success has reintroduced the world to the age-old pastime of chess.

The show is exciting, addictive and certainly worthy of binge-watching as evidenced by the viewership numbers. In the first 28 days after releasing the show, it was watched by 62 million households. It was the No. 1 ranked show in 63 countries and was the first program to spend three weeks in a row on Nielsen's top 10 streaming chart. The novel the show was based on made The New York Times bestseller list 37 years after its release.

The show is a cultural phenomenon that has increased interest in chess. Google search queries for chess have doubled, and chess set sales increased over 170%. The number of hours of chess watched on Twitch reached 21 million per month in Feb., compared with 1 million hours in February 2020.

Chess has been a cultural force in the world for over a thousand years. Around the 5th century AD the game originated out of the Indian war game "chatrang,” before spreading to Europe in 1000 A.D.

The rules of the game went through minor changes over the next several centuries, but with the advent of the printing press in the 16th century, the rules were standardized as the game we know today. Chess is a unique game because there is no luck involved, and a player’s success or failure is dependent solely upon their own skill. Improving at chess usually involves studying previous games, with which comes a deep appreciation of the game’s history.

The show is compelling because of the rich characters. Just like in real life, there are no clear heroes or villains. The protagonists have flaws, and the antagonists are often viewed sympathetically.

Second, the visual presentation is breathtaking. The costumes, vehicles, furniture and architecture were well selected for the time period and are pleasant to the eye.

Third, the chess in the show is captivating. Watching two brilliant individuals engaging in a battle of skill is exciting for all the same reasons it is exciting to watch any sporting event or contest.

As chess grandmaster Simon Williams said, the beautiful thing about chess is it can be anywhere. It goes beyond language, age, race, religion, politics, gender and socioeconomic background. No matter where you are, you can fight to the death over the chessboard.

As a chess player, I’m used to chess being portrayed inaccurately in movies and television shows. I perk up when I see a chessboard appear in a movie but am often disappointed to see that they didn’t care enough to set up the board correctly and sometimes even have someone play an illegal move.

Because of this, when my friends recommended I watch “The Queen’s Gambit,” I was hesitant. However, I quickly found that in this series, chess isn’t just accurate, it is a delight.

I found myself pausing the show and examining the boards, enjoying the chess as well as the story. A seasoned chess player may even recognize a well-known game or two. This careful attention to detail was a strength of the miniseries and would equally be a strength in a musical production.

Some may say that a musical about chess would be dry and boring to people who don’t play chess, but the overwhelming success of the miniseries is proof that a story set in the world of chess can be fascinating and entertaining to anyone.

This wouldn’t be the first chess musical. The widely successful musical “Chess,” produced in 1986, tells the story of a match between two chess grandmasters who are also competing for a woman’s attention. The musical features hit songs like “I Know Him So Well” and “One Night in Bangkok.”

Studies have shown that playing chess improves academic performance in younger people, acts as a protective factor against dementia for older people and increases confidence and self-esteem.

Chess brings people together. The game of chess is played regularly by 605 million adults worldwide, fostering relationships between players of different ages, cultures and backgrounds.

Whether or not you ever decide to try your hand at a game of chess, you can certainly enjoy the novel The Queen’s Gambit and the award-winning miniseries. If you have already enjoyed “The Queen’s Gambit,” then I hope you join me in excited anticipation of what the upcoming musical has to offer.

If you’re craving to play chess, join the Maverick Chess Club, which has weekly chess events including tournaments, live video lessons and matches with other collegiate chess clubs. All skill levels are welcome and encouraged to participate.