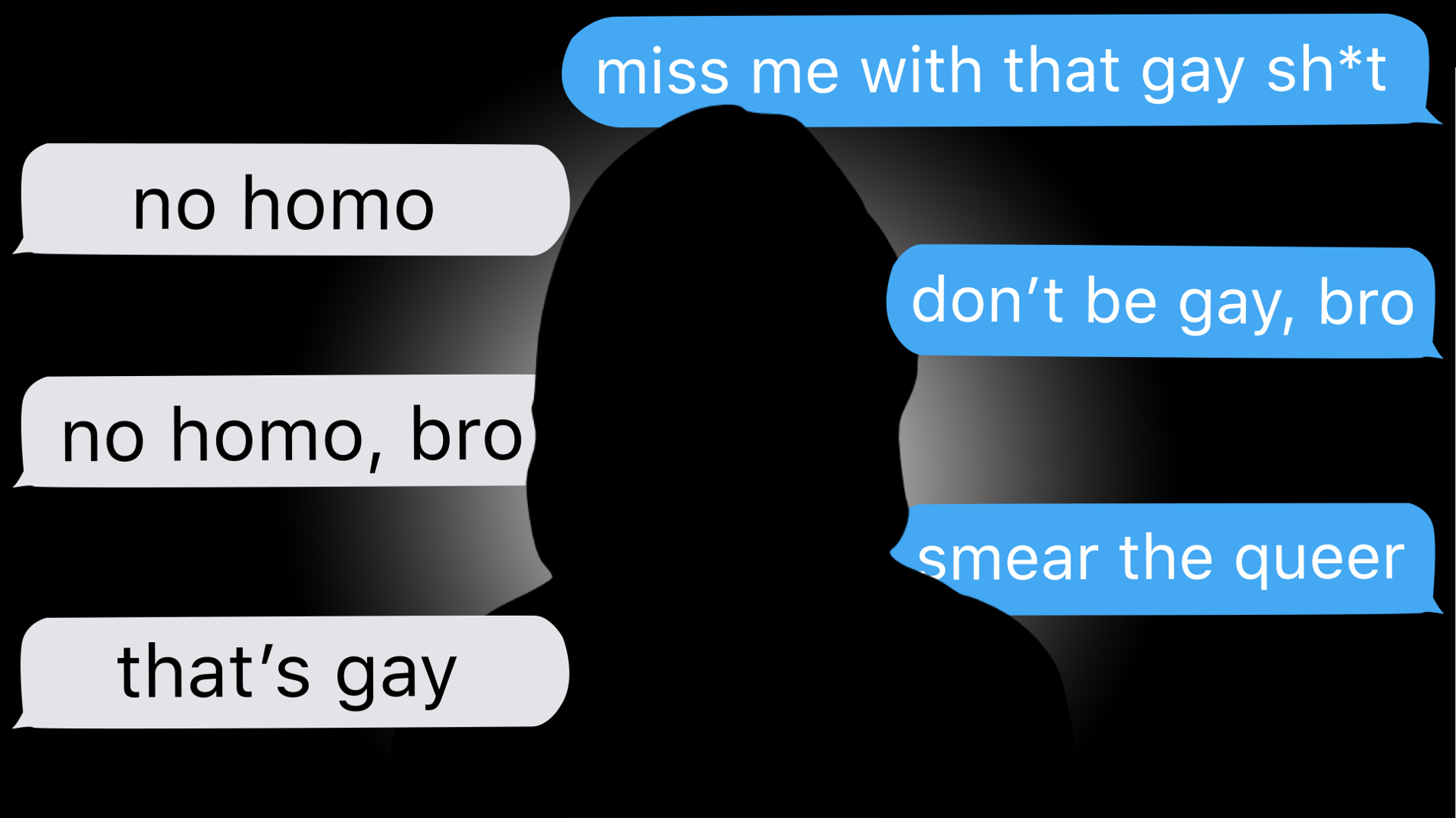 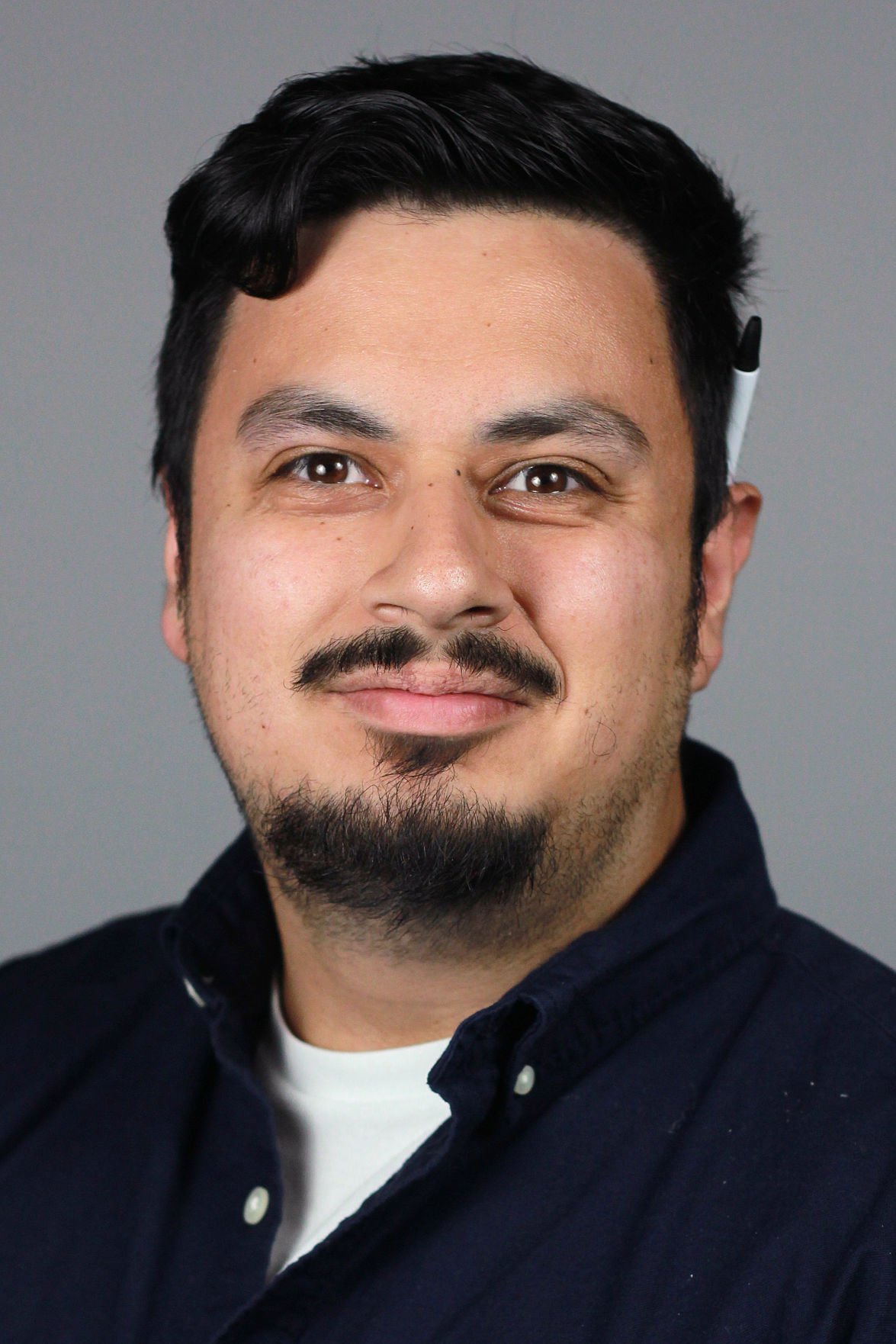 Reyes is a public relations and journalism senior and opinion editor at The Shorthorn.

In numerous instances this year alone, the term “no homo” has been said around me and other queer friends of mine.

As harmless as it may be, the effects of those words reach far beyond the recipient of the phrase.

Language like this often causes members of the LGBTQ community to hide or limit their identity. The struggle of whether or not to “go back into the closet” is far too common for queer people.

Being open and proud of your identity as a queer person is a journey. A journey that I and others across the world are still in the middle of.

When coming to terms with my own sexuality, I shrugged off the notion that being gay defined me at all. I learned over time that being gay is more than a sexual preference.

To be gay is to acknowledge the struggles of those who fought before us, to find family in people we are not related to, to take comfort in a person that surpasses physical attraction.

Being gay is a powerful thing. Queer activists have long fought, and at times, died for queer liberation. We have grown over many years as a community and as a movement.

But for far too long, queer people have had to accept phrases and derogatory terms toward the LGBTQ community as normal. And at times without even realizing, we often succumb to the pressure of hiding who we really are because of those words.

Thus, our identity and everyone who has fought for visibility before us are forced to take a step back.

The LGBTQ community has succumbed to fear and regression for far too long. Yes, we’ve felt the success of marriage equality. We’ve also felt the loss of 49 victims in Orlando.

We still to this day face setbacks, often to the point where we fear expressing who we are and who we love.

This discrimination comes in all forms. Even in words.

Some people who say these terms are not homophobic. I can attest to that. Yet when words like “no homo” or “don’t be gay” are said, queer people often reevaluate their environment. Not just in private but in the workspace too.

According to research done by Vodafone and Out Now, 58 percent of LGBTQ workers are not open about their sexual orientation or gender identity at work. That’s not surprising considering the simplest of words often go uncontested.

In one instance, when a former coworker found out I was gay, they were shocked to discover my identity and made sure to inform me that I hid it so well.

Many queer people experience these challenges. Whether it’s being outed or having to confront what it really means to be “gay.”

Add the saying “no homo” in the workplace, and the LGBTQ community, once again, has something else to worry about.

As unfortunate as that may be, that’s the world we live in. That is our truth. That is my truth. But if we as a society can eliminate what some see as playful banter and name calling, it in turn becomes one less thing for a queer person to be cautious of.

If we can all find that empathy, if we can simply choose our words wisely, then maybe someone, somewhere, can finally find who they truly are.

"Now, 58 percent of LGBTQ workers are not open about their sexual orientation or gender identity at work."

I'm curious how one defines 'being open'. Also curious as to what percentage of the straight population is 'open' at work. Feel free to criticize my response (not real sensitive about this stuff)- but, as a 'closet' gay man, I personally detest articles like this. They cause people who read them to group me with a part of the population who identify as victims. Jokes are either funny, or not funny. They're not hate speech unless they're directed at someone (and it seems this article is referring to the general use of a phrase, in the company of bros). And honestly- I chuckle when I hear one of my bros utter that old 'no-homo' disclaimer. It's silly, it highlights the sexual insecurity of the speaker, and it rarely indicates any actual intolerance. (I think you actully mentioned that last part.) Anyway- I think a simpler solution to this issue is to develop a sense of humor, or at least some thicker skin. Or perhaps classify a pattern of psychological disress in response to the phrase as some mental handicap, so those who suffer can be treated with special caution. (My respect- Jay)

“Homosexuals are strong people, so therefore we should be cautious of their feelings especially when we aren’t even directly referring to them in daily conversations”

I hope this is a joke... If they are so strong, they should take a joke.