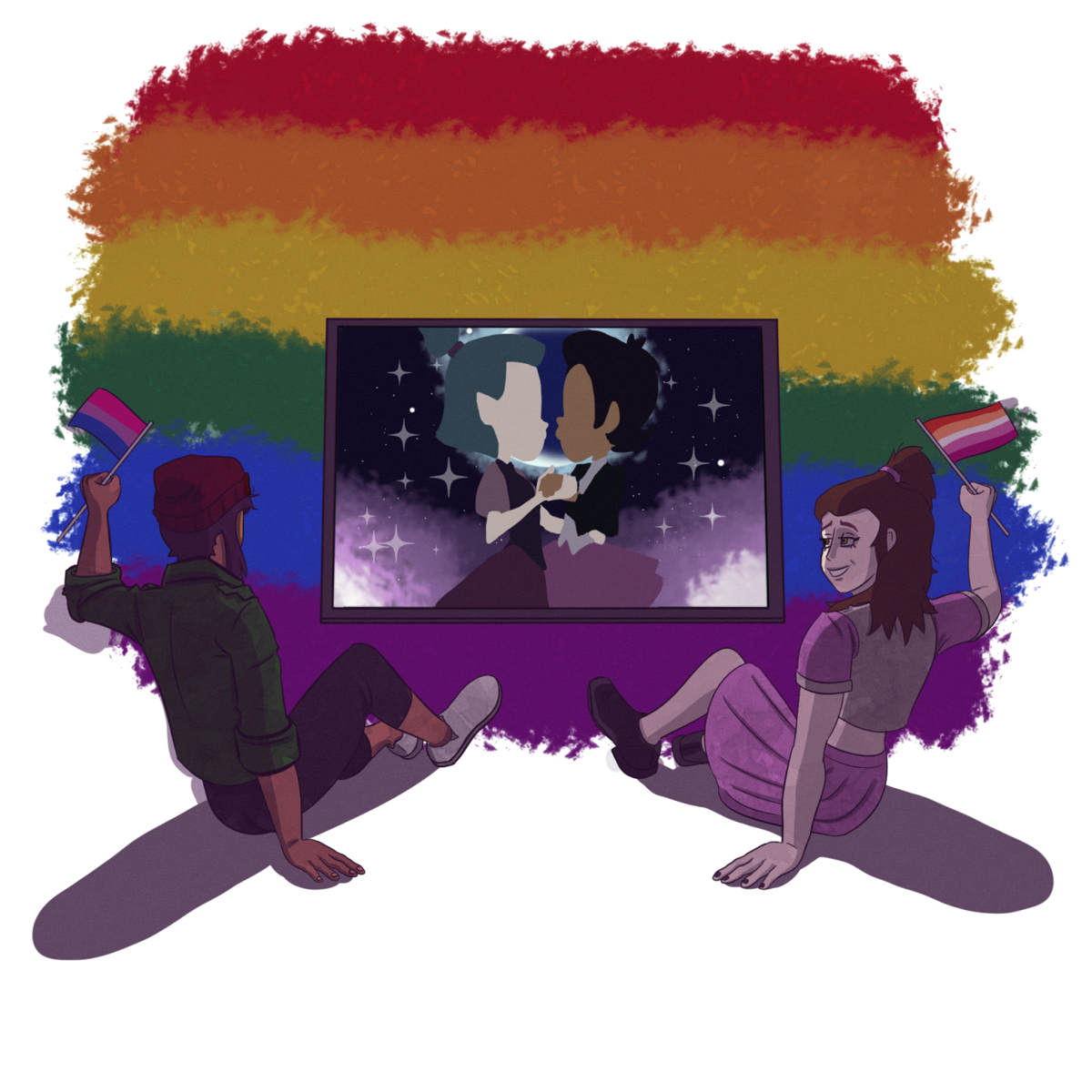 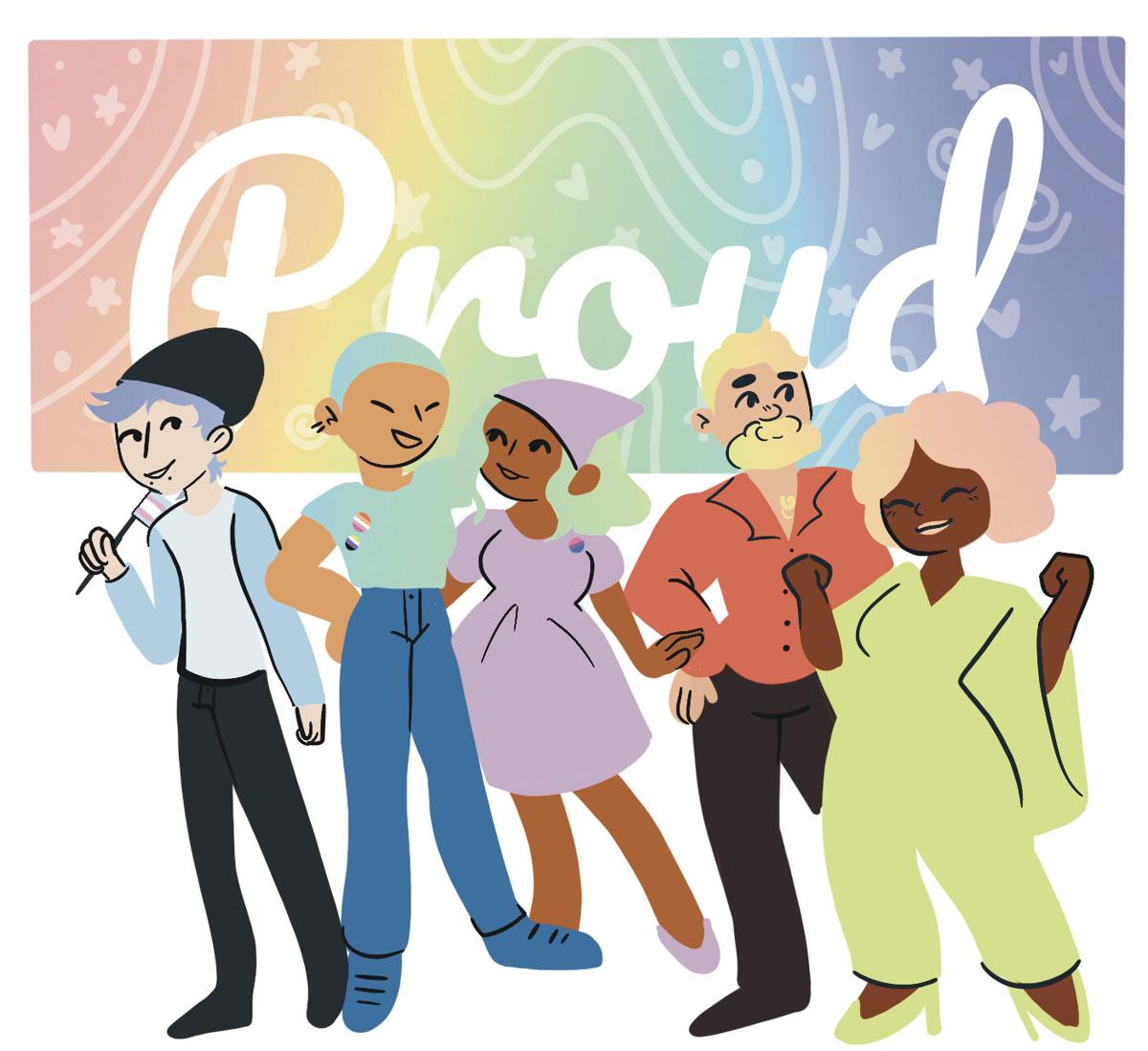 You’re reading Proud, a series of columns during Campus Pride Month explaining the multiple facets in the LGBTQ+ community.

When I discovered Netflix’s “She- Ra and the Princesses of Power” in 2019, I felt enamored by this vibrant fantasy world and its cast of diverse, interesting characters. From the shapeshifting nonbinary mercenary Double Trouble to the princess power- couple Netossa and Spinerella, the queer representation felt like a natural part of She-Ra’s world.

Seeing these characters just existing and living normal lives within the show’s context delighted me. I marathoned the final season when it aired in May 2020 and sobbed uncontrollable tears of joy by the end.

The audience got both a love confession and an on-screen kiss between main protagonist Adora and her friend-turned enemy-turned lover, Catra. This monumental moment of lesbian representation impacted me because the relationship was not treated any differently within the narrative.

It didn’t matter that Adora and Catra were both girls. Their love had conquered the evil of Horde Prime, and it was beautiful.

However, despite the overwhelmingly positive emotions drowning my heart, a bittersweet question burned in the back of my mind: Where were shows like this when I grew up?

Diversity is crucial in children’s media. It introduces children to new things while also allowing them to see people, places, cultures and experiences similar to their own.

Children need to see themselves in the media they consume because it validates what they think, feel and are experiencing. This highlights the importance of normalized representation in children’s media.

The number of LGBTQ-inclusive animated kids’ shows greatly increased in the 2010s going into the 2020s when compared to previous decades, according to an Insider database. It also revealed an increase in explicit representation over implicit during the same timeframe.

Representation is on the rise. As queer characters become more common, I think it’s crucial these characters and their relationships receive the same treatment that heterosexual relationships have received for ages.

Queer characters show children that the LGBTQ+ community exists. And by allowing them to develop their characters within the show — without their genders or sexualities being treated as bizarre or their only defining trait — these characters can validate for children that being queer is normal.

This is why I appreciate many modern cartoons, like “She-Ra and the Princesses of Power,” “Steven Universe,” “Adventure Time,” “The Owl House'' and many others. They introduce LGBTQ+ characters and treat them as normal and valid, which is how it should be.

This doesn’t mean topics like homophobia should be outright omitted. Children should be educated on queerstruggles and know how to navigate them, but the narrative surrounding queer representation should not be entirely negatives.

If all children see of their identities is that they bring conflict or are viewed as “weird,” they may internalize that perspective, developing self-loathing or shame toward themselves. Children need to see that the LGBTQ+ community exists and their experiences are just as valid as anyone else’s.

But straight characters should not become the minority or be omitted entirely either. Cisgender, heterosexual and white characters have their place within children’s shows. But they should exist alongside a variety of unique characters rather than be the only representation.

Multitudes of diverse and complex characters should exist so all children can see a bit of themselves in the media they consume.

Children’s media should keep pushing for more normalized diversity and inclusivity, as the younger generation deserves shows where unique characters are allowed to be different.

If my child self saw characters like Luz Noceda or Adora, she probably would have felt much happier in her own skin. I’m thankful children today have so much more media normalizing representation, and I hope that those numbers will continue to climb in the future.