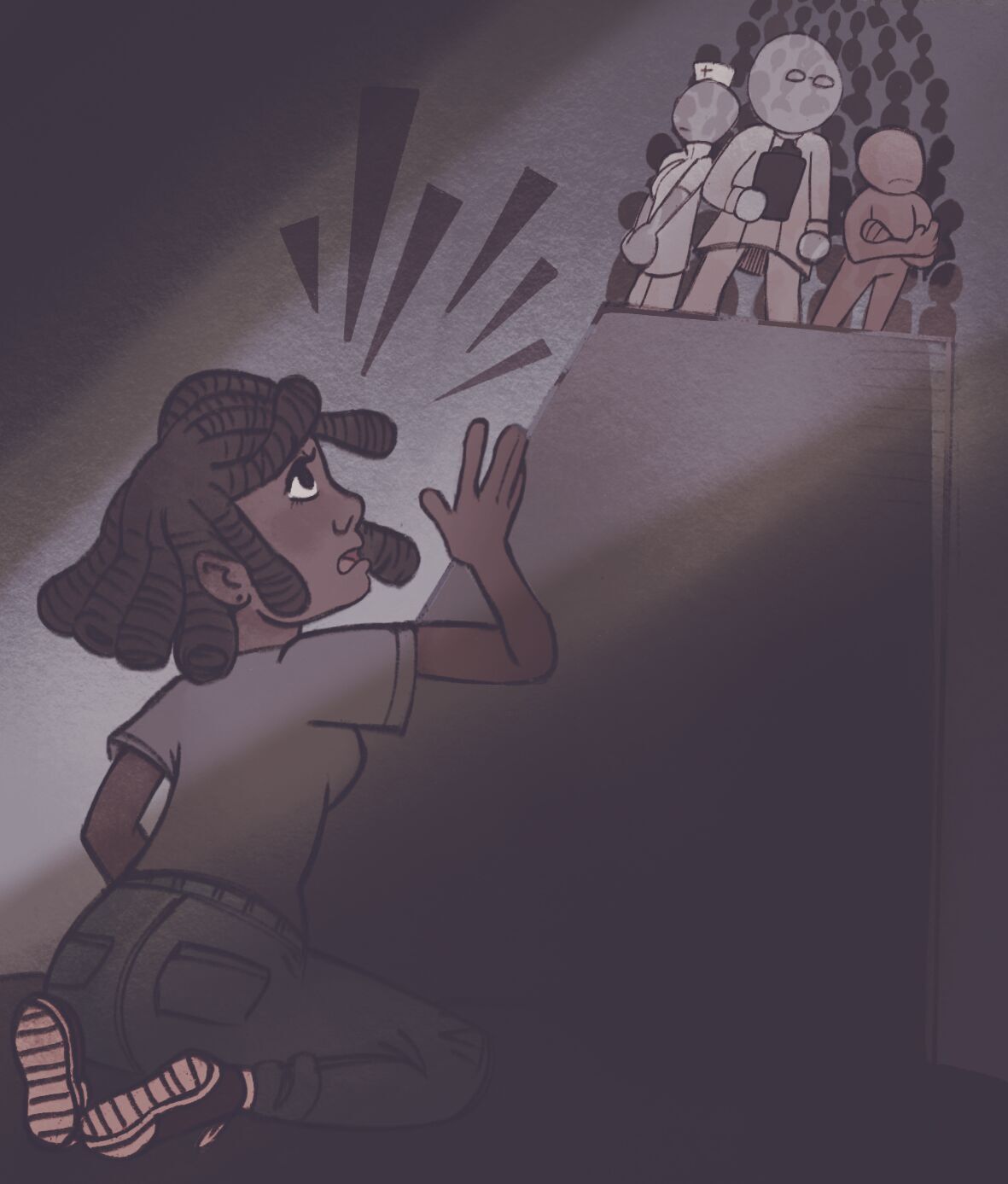 Megan Thee Stallion delivered this succinct call to action in the middle of the Oct. 3 Saturday Night Live performance of her hit song, “Savage.” This came after her altercation with auto-tune crooner Tory Lanez, who allegedly shot her in the foot July 12.

Society showed once again that Black women are not a priority. When TMZ broke the news, some said they had to wait for Lanez’s side of the story. Especially despicable people created memes. This trend of disbelieving women is not only common in incidents of rape and assault, but it is rooted in many of our institutions and everyday interactions.

Lanez was finally charged with a felony assault Oct. 8 with his arraignment scheduled for Oct. 13. He faces up to 22 years in prison if convicted, but the events that transpired before and after his charge are worthy of note.

Megan went above and beyond to prove she was telling the truth, but people overlooked this in favor of Lanez’s late response to the situation: his 17-track album Daystar. The album, which is a little more than him putting on the proverbial tinfoil hat and grasping for straws, rose to No. 1 on the iTunes U.S. charts the same day it was released. Which begs the question: What will it take for society to believe women, especially Black women, and act swiftly to protect them when they speak of violent acts they have suffered?

In June, Oluwatoyin Salau, 19-year-old Nigerian American activist, was murdered just a few days after tweeting about her sexual assault experience. But when her friends tried to report her missing, the police dragged their feet. What’s more heartbreaking is days before her assault and murder, she had marched through the streets protesting violence affecting Black men in our communities, only to be murdered by a Black man. In this same vein, Megan initially declined to name Lanez as her shooter, citing historic anti-Black violence by police.

In July, Nicole Thea, London-based social media influencer, died alongside her unborn child while she was eight months pregnant. Her family revealed that she suffered a heart attack after she complained of chest pains which her caregiver wrote off as normal pregnancy symptoms.

According to the National Center for Biotechnology Information, Black women are three to four times more likely to die a pregnancy-related death as compared to white women. Some reasons for this are the beliefs that Black people are overly dramatic or do not feel pain in the way other races do. A 2017 nursing textbook printed, “Blacks often report higher pain intensity than other cultures. They believe suffering and pain are inevitable.”

It seems that even in death, we are denied peace. Just look at Breonna Taylor’s case and the quick memeification of her death. Despite the disrespectful way tweeting about her death has been used as a go-viral-quickly scheme, only one person has been held accountable for the events surrounding it, and he was given the most lenient of charges at that.

Megan’s song “Hot Girl Summer” was undoubtedly the anthem of Summer 2019 and her “Savage” remix featuring Beyoncé shot up to No. 1 on the Billboard Hot 100. This shows that Megan is currently one of the most influential rappers alive, and yet, she was ridiculed and dismissed by most. Now that Lanez has been charged, he still has millions of fans rooting for him. Imagine how regular women such as those in rural, heavily patriarchal communities are disregarded.

When the Lanez and Megan situation first broke out, one Twitter user said it was Megan’s fault for mingling with toxic Black men and that Black women love toxic men. Why is the onus always on Black women to over-perform — at offices, at schools, in relationships? It is rather ironic that the supposed “more logical” gender who preach every day of the need for women to defer to them are unable to take responsibility for their actions.

Instead, they ask women, specifically Black women, to infantilize them. This is evident in the justifications they give for rape/assault when escaping evidence is impossible: “Forgive him,” “His life shouldn’t be derailed just because he committed this act,” “Well, did you do something to offend/arouse him?” and other such nonsensical rebuttals. Unsurprisingly, there is little of this empathy to be found when Black women need it.

There is no doubt that the treatment Black women face is a particularly pungent brand of misogynoir — a subcategory of misogyny targeted at Black women. Black women are often seen as masculine, hysterical and aggressive. As a result, it is often assumed that we are liars or the perpetrators or that we almost deserve the treatment we face.

Thank you for shinning more light on the “invisible black woman”. We must advocate for ourselves and do not accept “no” as a response to the issues that plague us.