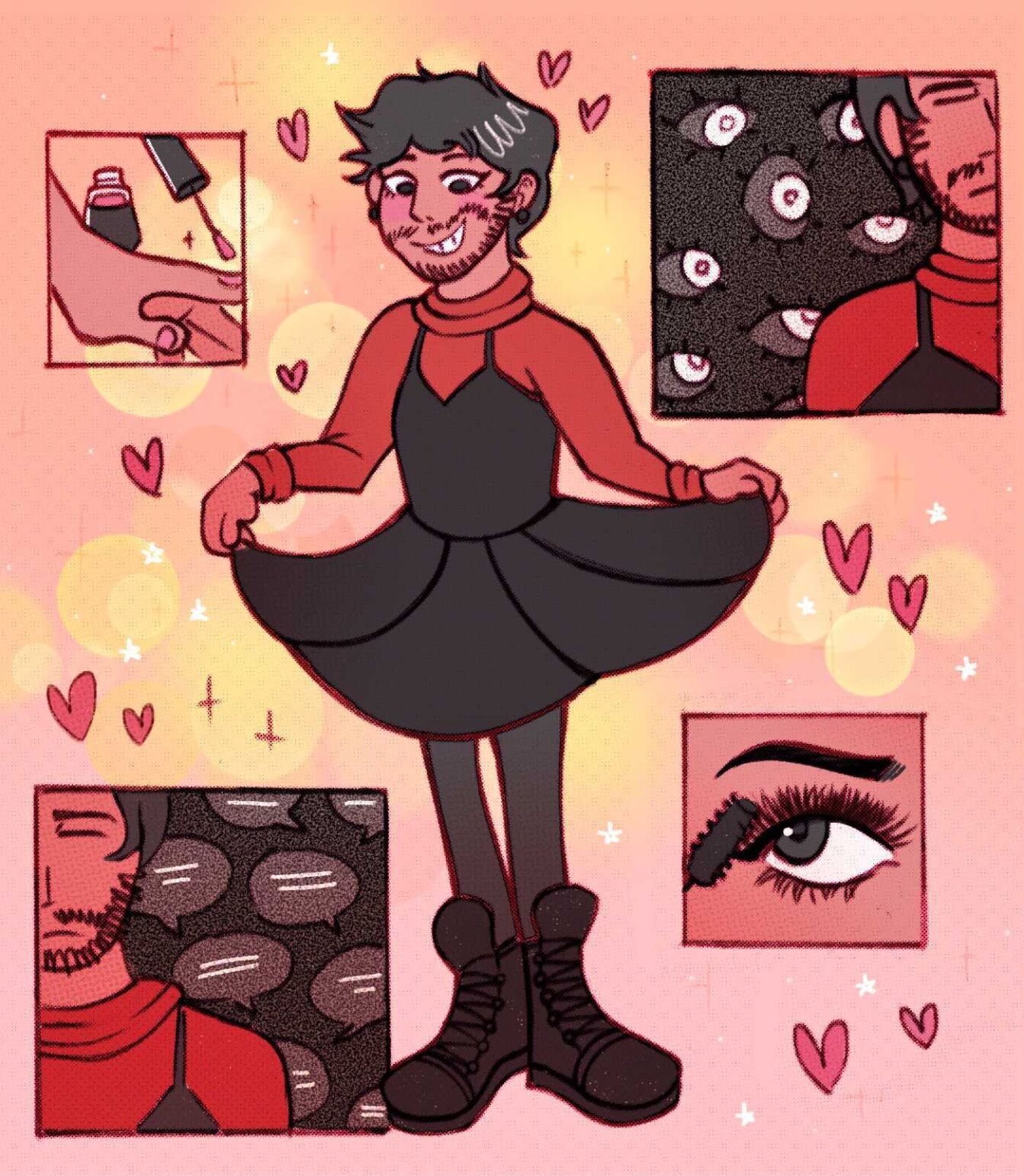 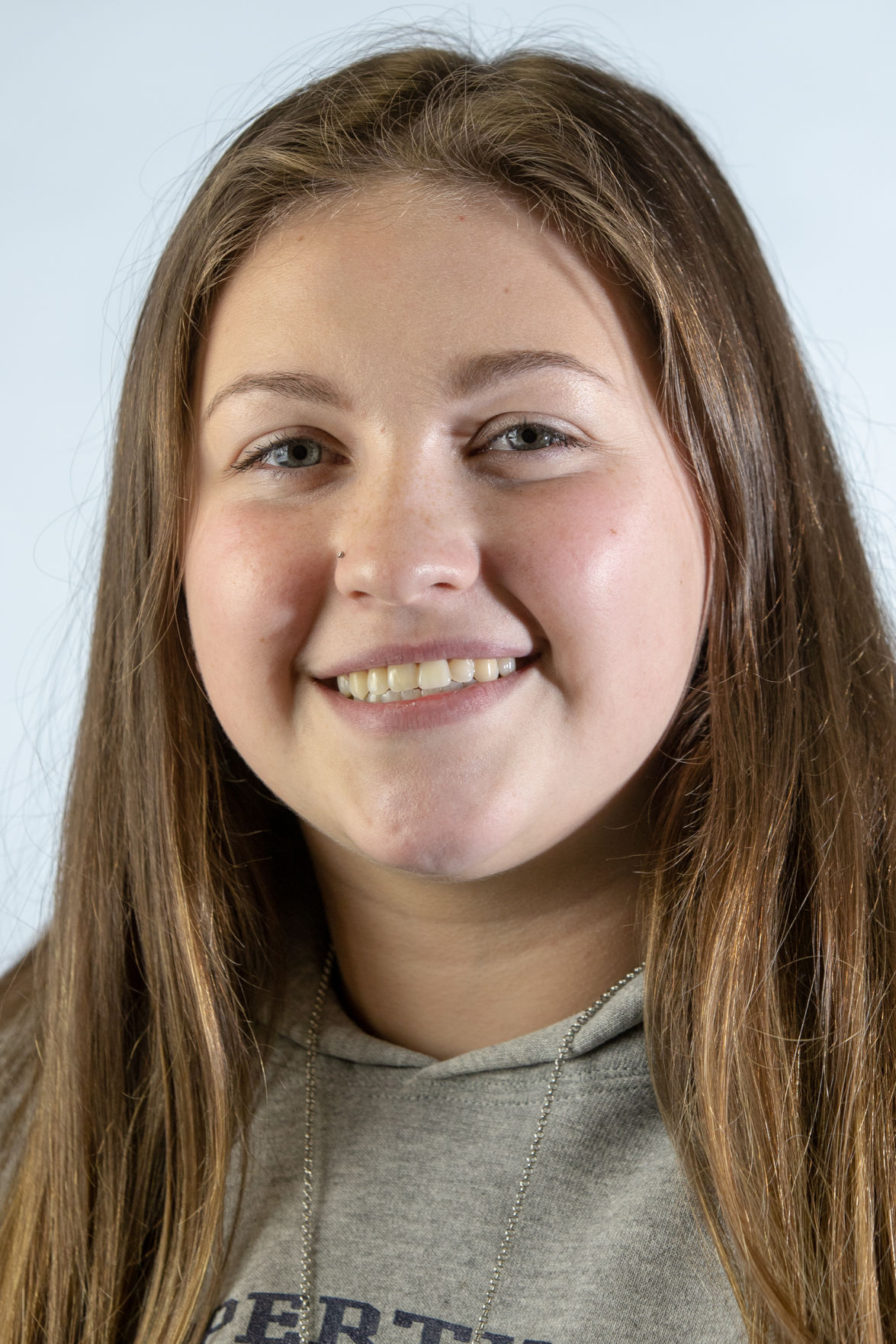 Harrell is a journalism senior and news reporter at The Shorthorn.

Throughout history, fashion standards have fluctuated, and gender expression remains fluid among cultures and individuals. Society needs to abandon hegemonic Western masculinity and adopt standards based on the content of one’s character and their actions.

Owens’ comments are damaging because men cannot be determined by their gender expression, biological sex or sexual orientation. Society desperately needs to abandon traditional gender roles and the idea that men need to be masculine in the Western sense.

Owens said: “There is no society that can survive without strong men. The East knows this. In the west, the steady feminization of our men at the same time that Marxism is being taught to our children is not a coincidence. It is an outright attack. Bring back manly men.”

There is no society that can survive without strong men. The East knows this. In the west, the steady feminization of our men at the same time that Marxism is being taught to our children is not a coincidence.
It is an outright attack.

Since I’m trending I’d like to clarify what I meant when I said “bring back manly men”.

I meant: Bring back manly men.

While the Vogue spread was intended to show inclusiveness by featuring a solo man on the cover for the first time, the message sparked online conversations about dangerous double standards.

Women are often subject to stereotypes for their clothing choices. If she wears short shorts, she is promiscuous. If she wears makeup, she’s high maintenance, and if she doesn’t, she’s lazy. In accordance with the standards of masculinity, men perceive dresses as emasculating.

Owens implies that by wearing a dress Styles isn’t representing strong men. But, historically, skirts, robes and gowns were commonly worn by men for comfort and as signifiers of wealth and prestige.

Highlander warriors fought to their deaths during the Jacobite Rebellion in kilts, which would become an identifier of Scottish masculinity. Kilts are only one example of fluctuating gendered fashion; wigs and high-heeled shoes were a staple of the European aristocracy.

The Hausa elite of Northern Nigeria wore fine robes to distinguish themselves from the poor, and voluminous gowns are associated with Islam and Muslim men.

Owens suggests gowns aren't something anyone strong could wear. What does that say about women who are expected to wear dresses? This says less about Harry Styles’ masculinity than it does about femininity and its perception of weakness.

There is nothing inherently feminine about an article of clothing. Especially when someone who has refused to label his sexual orientation is wearing it.

In a study by researchers at Columbia University, 9% of gender-nonconforming respondents reported major prejudice, and 19% reported at least some form of discrimination.

In his book The Macho Paradox, author Jackson Katz asserts that men who are taught to fear femininity are the same men responsible for most violence against women, other men and children. According to the book, a staggering 99% of rape is perpetrated by men.

Some associate femininity with weakness and homosexuality, creating male homosexuality and misogynistic discourse, which then perpetuates gender inequity among men and between men and women, according to author Eric Anderson in his book Inclusive Masculinity: The Changing Nature of Masculinity.

Recognizing instances of discrimination is a step toward addressing the issue. Conversations about gender expression and identity are at the forefront of our society today, and we have the chance to change the narrative. We need to learn to accept that people have the freedom to express themselves however they choose.

Funny how we don't see many articles about women making a statement by wearing men's clothes...but oh wait, they don't because they have boobs and butts that they want to show off to weild their sexual power over men...the central idea of the entire feminist movement. Seems a little sexist to me.

Our world is in the middle of a health crisis/ pandemic, economic devastation looms, and our geopolitical interests will soon be completely changed with huge consequences likely; and yet the left are obsessed with destroying gender norms and gender relations while the world is in chaos. That sounds about right, but instead of trying to argue I’ll just leave a note.

There is an anthropological theoretical cycle that any student of history knows is true:

We are currently between numbers 3 and 4 closing in on 4 each day that passes. Gender roles are natural instinct for most people, why is it that only far left institutions and people are trying to degrade and destroy our traditional social constructs which have served civilizations well for thousands of years?

Weak men dont exist, you just think they are weak because they do not fall into your idea of what a "true man" is. I bet Harry Styles is incrediblystrong, but I assume you just also assume he is weak because he wore a dress. The bad times came from "strong men" from the far right, i.e. Trump, as they couldnt be strong enough to help stop the spread of Covid when they first knew about it and instead waited until people died. Sounds really strong to me. Gender roles are not natural, they are learned instincts and that's just science. No one is trying to change you and make you wear a dress, they are just trying to make you see that it doesnt matter what clothes you wear.

I’m sorry but learned instinct? Do you not know how that statement is a complete contradiction of itself? And if gender roles are instinctual and that’s science would that not make gender roles natural? I also love how you are yet another person who criticizes Trump’s Covid response without giving a hint on how he or anyone else could do better.

Considering that the U.S.'s response to the pandemic is widely known as the worst response of any developed country, there are "hints" on how people can do better basically everywhere else.

In fact, while we're talking "hints," here's one: don't hold the health of the U.S. dollar over the health of U.S. people. Stop favoring the economy over human lives. Is that enough of a hint for you people?

@all_outta_bubblegum what about the people that won't be able to provide for their family because of an economic crisis? When you start struggling as a direct consequence of an inability to sustain yourself, your entitled liberal opinion will change, as it always does.

I think all clothing should be abandoned, too much false advertising going on in the west. If you want cultural change you have to start with the leadership, so start forcing male professors, executives, and politicians to wear dresses and make up. Or even better don't allow fathers access to their children, femininity has been proven successful in the single mother population.