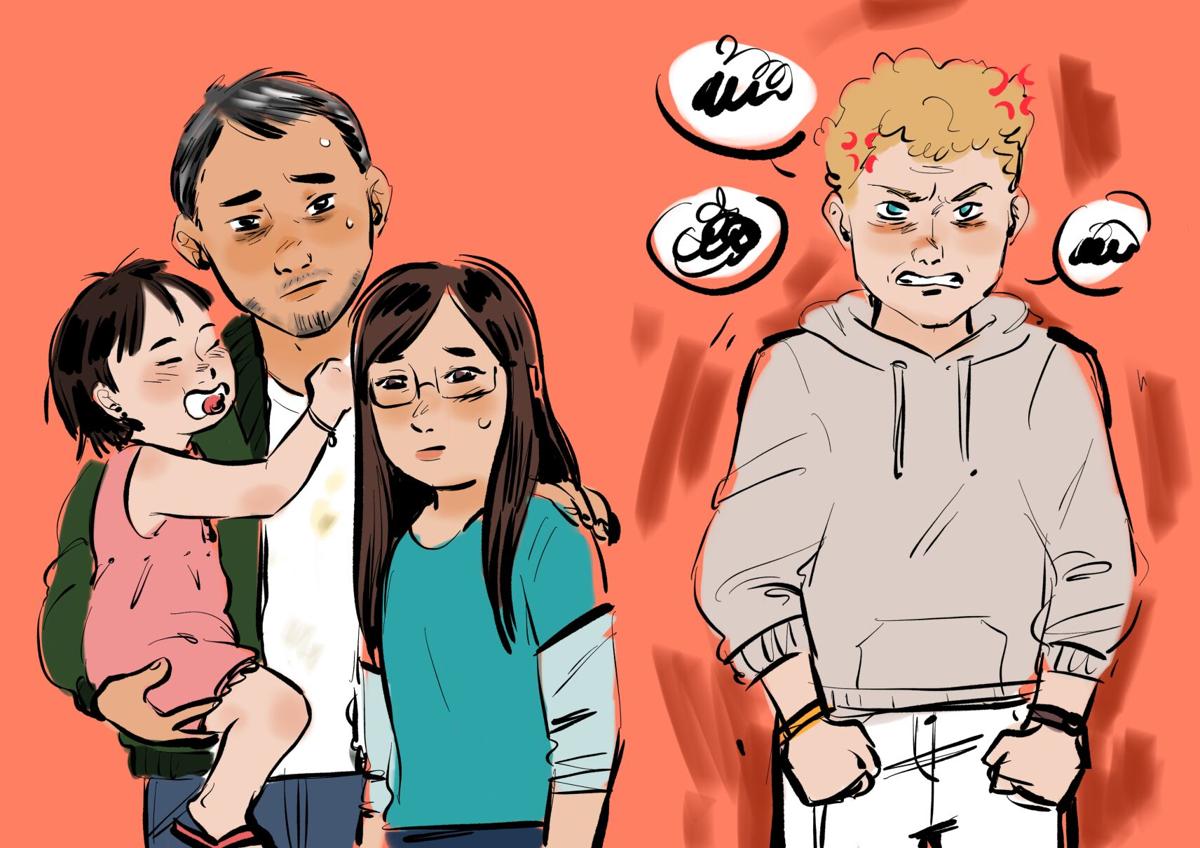 Since the start of the COVID-19 pandemic, Asian Americans have faced a surge of violent crimes. When the offender is white the news media rushes to blame white supremacy for the incident. In many cases, like the Tree of Life synagogue shooting, racism is the motivating factor, but not all crimes are racially motivated.

Critical race theory says racism shapes everyday actions and policies in the interest of white people, whether people are aware of it or not. But many perpetrators attacking Asians are minorities, countering the narrative that America being inherently racists is the primary obstacle against minorities.

Asian Americans hold a fickle membership in intersectional solidarity. We’re in constant flux between the “minority” and “white” categories, depending on political expediency and opportunism. We’re only included in the cadre of the victimized when it suits the narrative against white people.

However, many times Asians inconvenience this narrative.

Asians are penalized in admission processes because of our overrepresentation in academia. Asians also have the highest earning household income in the U.S by median. Success in certain areas contradicts critical race theory — that all non-white groups are being crushed under the white man’s heel.

Thus, Asians are accused of being subservient to white structures of power, of being “model minorities” and “white-adjacent.” To separate from our “whiteness,” we must agree with the premise of critical race theory — that the country that’s given us the opportunity to prosper is inherently, irrevocably perverted with racism, and we must advocate for its dismantling.

This slander against Asians is shamelessly racist and dismisses our dignity and agency. We should celebrate Asian accomplishments, not spit in the face of our culture of hard work when facing historical discrimination.

Diluting everything as an issue of white supremacy is a blinkered, reductionist view of society. It deprives individuals accountability for their own actions since external forces beyond their control are at fault. The salvation of minorities now hinges on the people touting this narrative.

It offers no practical solution besides burning all foundational institutions and values to the ground so that critical race disciples can helm the new system themselves, codifying their own moral authority.

Contrary to critical race theory, not all social disparities are caused by white systemic racism.

According to the 2018 Bureau of Justice statistics, most violence happens within the same ethnicity. There’s a vast disparity between intraracial and interracial incidents within the white, Black and Hispanic communities.

Although this data does not disclose racial motivation of the offenders, it’s evidence that white people aren’t the greatest perpetrators of violent crimes against minorities.

According to Dyson, in the recent cases of Blacks attacking Asians, the internalization by the Black community of former president Trump’s rhetoric on COVID-19 may be responsible.

The thesis that conflicts between minority groups are simply an extension of white supremacy is unfalsifiable and misleading. Yet anti-Asian violence continues to be laundered to subsidize unrelated narratives attacking whiteness.

In light of coinciding attacks on elderly Asian people, actors Daniel Dae Kim and Daniel Wu posted on social media offering a monetary reward for information on the attacker.

Writer and consultant Kim Tran expressed distaste at a monetary reward being offered for information on a potentially Black criminal. She also disapproved of involving police in the investigation, who have historically targeted Black and brown communities, according to Time.

Prioritizing intersectional group identity over individual justice deflects from the true problems at hand in favor of inflaming prejudice against police.

People may be hesitant about considering perpetrators from other minorities, especially with the recent resurgence of the Black Lives Matter movement, but that doesn’t have to conflict with addressing the violence Asian Americans are facing today.

We all want the same thing: holding the right individuals accountable and securing justice for loved ones lost. Asians are not your cudgel to wield for political profit. Stop betraying and dehumanizing us.

Ethnats conveniently take out Asians when comparing races because of their greater median weekly household income, but they'd still be willing to chase us out if they had power. Leftists will similarly exclude Asians when talking about White supremacy, or may even implicate us as propagating it. Asians are both inconvenient to both groups, while also abused by both to make their points. The only thing is that I'm only afraid of one of those groups. Ethnats are irrelevant for now unless the Leftists continue their work and make them relevant; meanwhile Leftists have strong armed every branch of our government/military as well as our society.

Wow, this is the most articulate position on this subject I have read in the main stream media or elsewhere. Great read and hits the nail on the head. If asians are successful, due to their own actions, we should celebrate that! Not only celebrate it, we should learn from what makes them successful and impart this in our own strategies. Everyone has the right and access to do anything they want here, it is up to the individual to make their own choices to succeed or not. It is the individuals fault for personal failure, not some pervasive hidden enemy.

Finally, a Shorthorn article that speaks sense. As an Asian-American, I'm tired of following the media's drumbeats to feel either shame or pride in my heritage, depending on how anti-white the media is feeling on any given day. The exploitation of minorities in general by politics and the media is sickening to really think about.

Here's hoping the Shorthorn continues publishing other opinions like this alongside their usual pieces.

Wow, incredible article it’s the first opinion piece with any intelligence that’s been put out by the shorthorn in a while. Critical race theory is a very racist philosophy preached by the left and needs to be eradicated from the US. We need more people of all races to speak up against this evil. Keep it up!