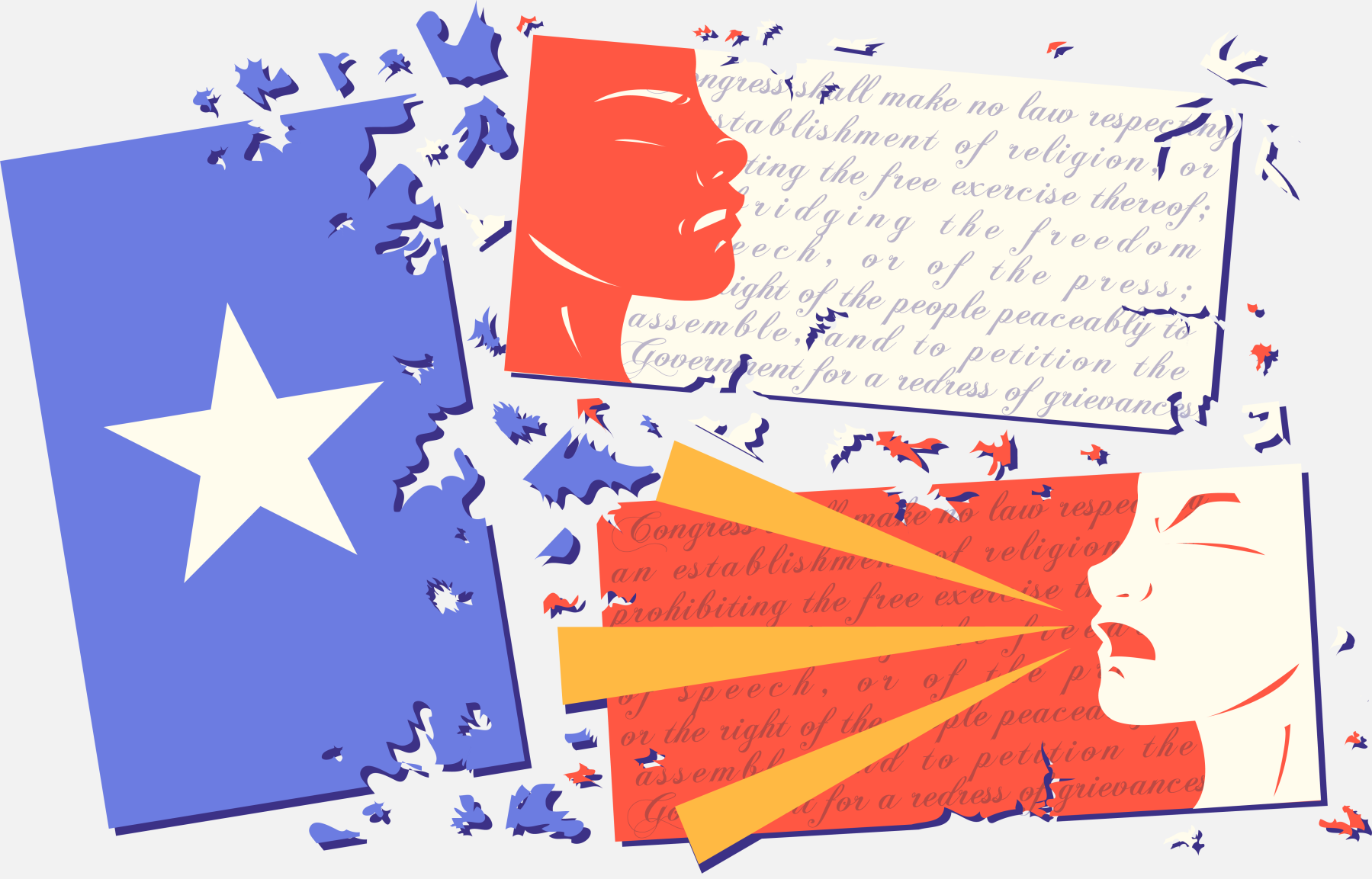 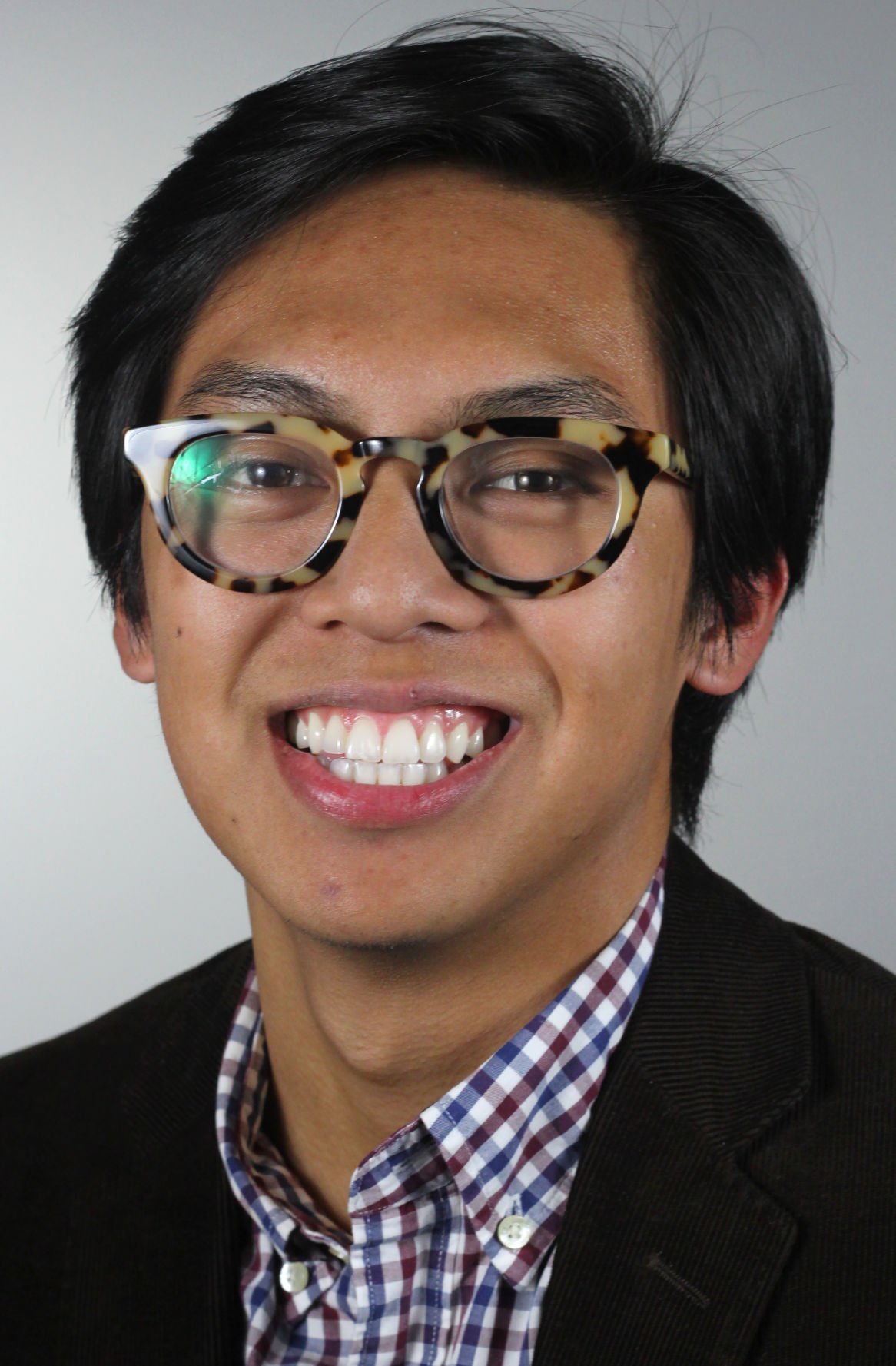 Abaya is an architecture graduate student and Community Voices columnist for The Shorthorn.

Following the Aug. 3 shooting in El Paso, Texas, which took the lives of 22 individuals, questions have been raised as to how to prevent future mass shootings.

Several members of Congress have sought to propose new forms of legislation to help curb gun violence. Numerous political pundits have called attention to the negative rhetoric in our national discourse employed by our elected officials.

The addition of the Walmart shooting to the list of white supremacist terrorist attacks should cause all Republicans, voters and elected officials to think about the rhetoric they use in dealing with immigration.

At the center of this particular discussion is the rhetoric used by Republican lawmakers and the president himself in denouncing illegal immigration. By making it a priority to crack down on unlawful entry into the country, the president has invoked terms such as “invasion” and “invaders” to describe the influx of illegal immigrants crossing the southern border. And while these terms may seem appropriate in their evaluation of the immigration crisis, radical individuals, such as the white supremacist El Paso shooter, have used these terms to justify open violence.

In a four-page manifesto released prior to the shooting, the shooter explained that one of his main reasons for carrying out the attack was the “invasion” of Hispanic immigrants to Texas and the subsequent replacement of white Americans as the majority.

While the shooter denied Trump’s rhetoric as a motivation for the shooting, their similar use of verbiage demonstrates the influence rhetoric can have in normalizing fringe groups and ideas.

We should acknowledge that particular Republican rhetoric regarding immigration has found a way to resonate with a radical, racist segment of America, which more than four years ago was undetectable on a map. Since then, we have seen an increase in alt-right and white supremacist identification and a corresponding rise in mass shootings and violent protests.

By flippantly using words and phrases such as “invasion” or “defend America” outside proper context in terms of immigration policy, Republicans risk portraying America’s growing diversity as a negative form of white replacement. That an increase in immigration, regardless of legality, is necessarily a net loss. This gives credence to those fringe members of society, such as the shooter in El Paso, who believe something of value is being lost when immigration increases and whites become a minority. But while we have been quick to call out politicians for their numerous shortcomings and blatant hypocrisies, American citizens as a whole have also failed to engage in any form of self-reflection that holds us to the same standards.

Community: The president’s rhetoric continues to fuel hate one month after El Paso

The El Paso shooter’s manifesto mirrored much of what the president has said before.

This year alone, we have seen the term “Nazi” and “literally Hitler” thrown around to categorize conservatives and President Trump for their immigration policy. The result has been violent attacks taking place in cities such as Portland by groups like antifa against members of the news media, conservatives, and far-right figures as a means to silence the opposition.

We should engage in a good faith dialogue that does not end with broad generalizations of inaccurate comparisons to the world’s worst dictators.

It should be our priority to judge people as individuals rather than by the groups they associate with. This means those seeking to immigrate to the United States. For many of us, this may sometimes mean falling outside the approval of our ideological group and being publicly ridiculed.

Words matter, and if we are bent on changing the current societal narrative to reflect the unifying ideals America has traditionally espoused, we will have to change the way we speak.

Should we defend America from those who are unwilling to come legally and unwilling to assimilate with American values? Yes. Are we speaking with enough clarity when we try to make that point? No.

Seems so wild to me when republicans and the president come under fire for their rhetoric by the media, yet democrats go completely unchecked and refuse to take any responsibility for theirs. Comparing detainment facilities for illegal immigrants to concentration camps, claiming without evidence they are being raped and made to drink toilet water by the guards there, yet democrats dont believe they bear any responsiblity for the recent attacks on border patrol, ICE, and the detention facility faculty.

But oh boy will they take every anecdote they can find and jump through any mental hoops they can in order to pin every shooting or act of violence against a colored person to attack republicans and pin the blame on them and their rhetoric.

People are so hypocritcal,that they allow themselves to be misled so easily, so....willingly.

Anyways, this stuff isn't going away any time soon. The rhetoric is only getting worsef from democrats constantly claiming anyone who disagrees with them has blood on their hands, is a nazi, hitler, WORSE than hitler (lmao), etc etc etc. As long as that continues to rise, the reaction to it will as well. I wish it wouldn't, but that is human nature and is the unfortuantely reality of the world we live in. Be vigilant, watch your back, watch your friends back, arm yourself at the very least in your homes and be ready to protect yourself be it from a violent alt right individual or alt left individual.

We all need to acknowledge the media's propaganda. Why are we not discussing the last 2 shootings where the shooters were socialists, radicalized democrats? Is it the message of socialism that is causing the rise of left wing fascist mass shootings or violence from Antifa? Seems to be the case. The media provides them cover and is justifying their insane violence. Democrats are dehumanizing anyone who disagrees with them by calling them Nazis, and hitler, even while they have adopted the national socialist goals outlined by Hitler himself. They have even go so far as to use racial animus to coalesce their base, hatred of White people is openly acceptable racism to the average liberal nowadays. It is so much more frightening watching the left provide cover for every single mass shooting and violent attacks on women and children. They feel justified. A red hat is cause for violence, they've bombed ICE facilities because of the insane rhetoric of AOC and the bunch. Let's not play this game that the left isn't the largest source of political violence in this country, it's by a long shot they are more violent.