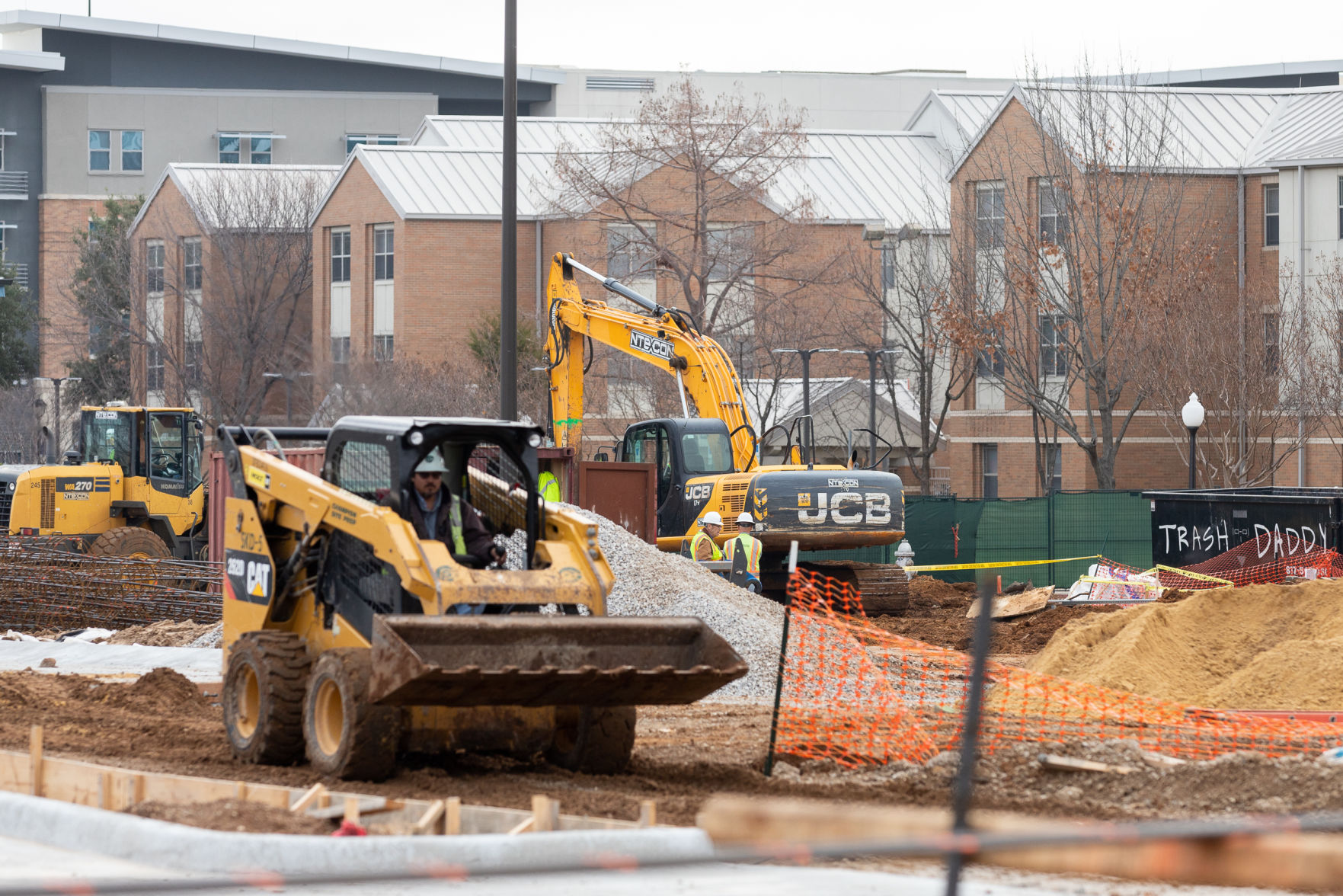 Construction crews work in a lot Jan. 14 outside the University Center. The building is receiving an updated pedestrian mall and grand entrance. 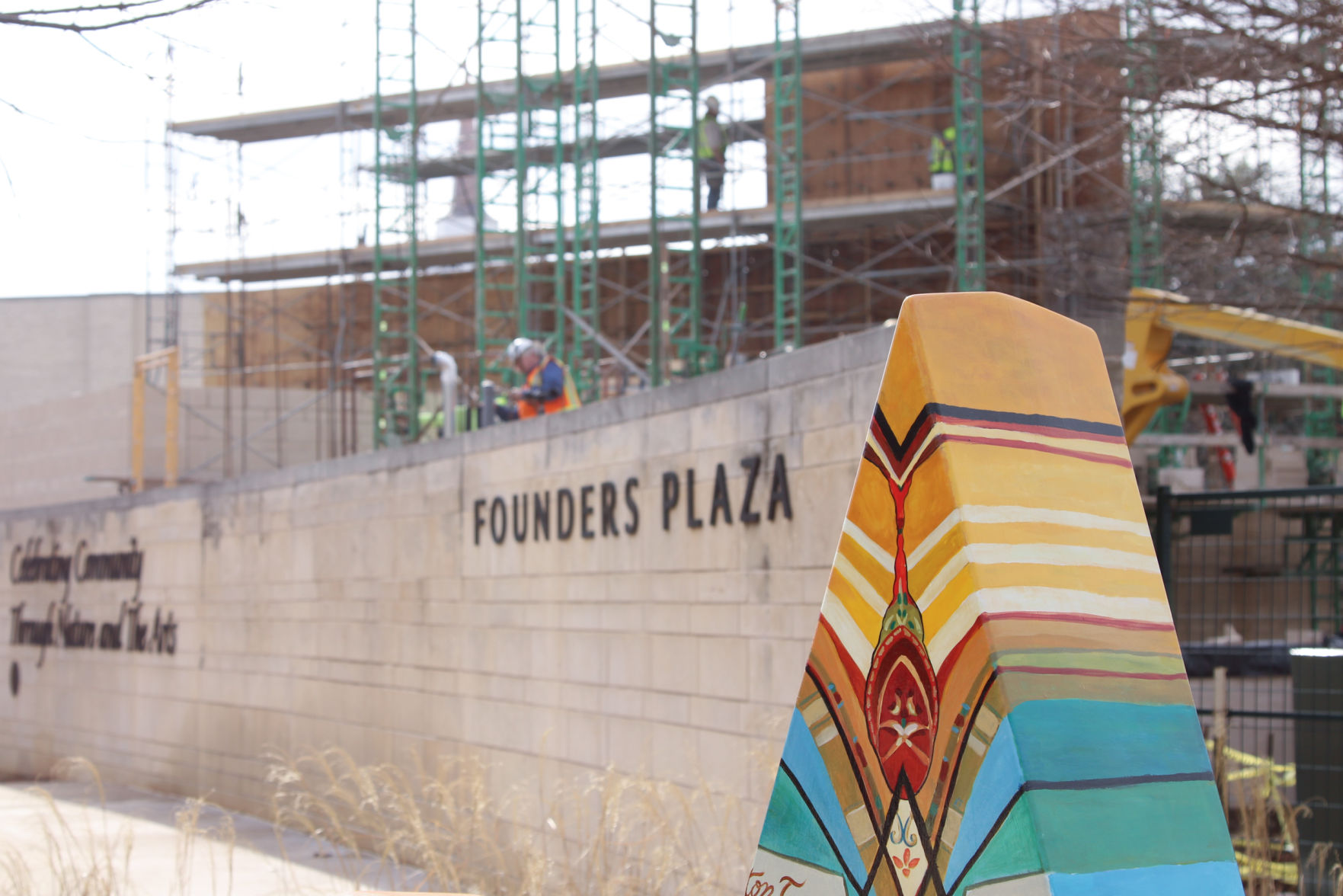 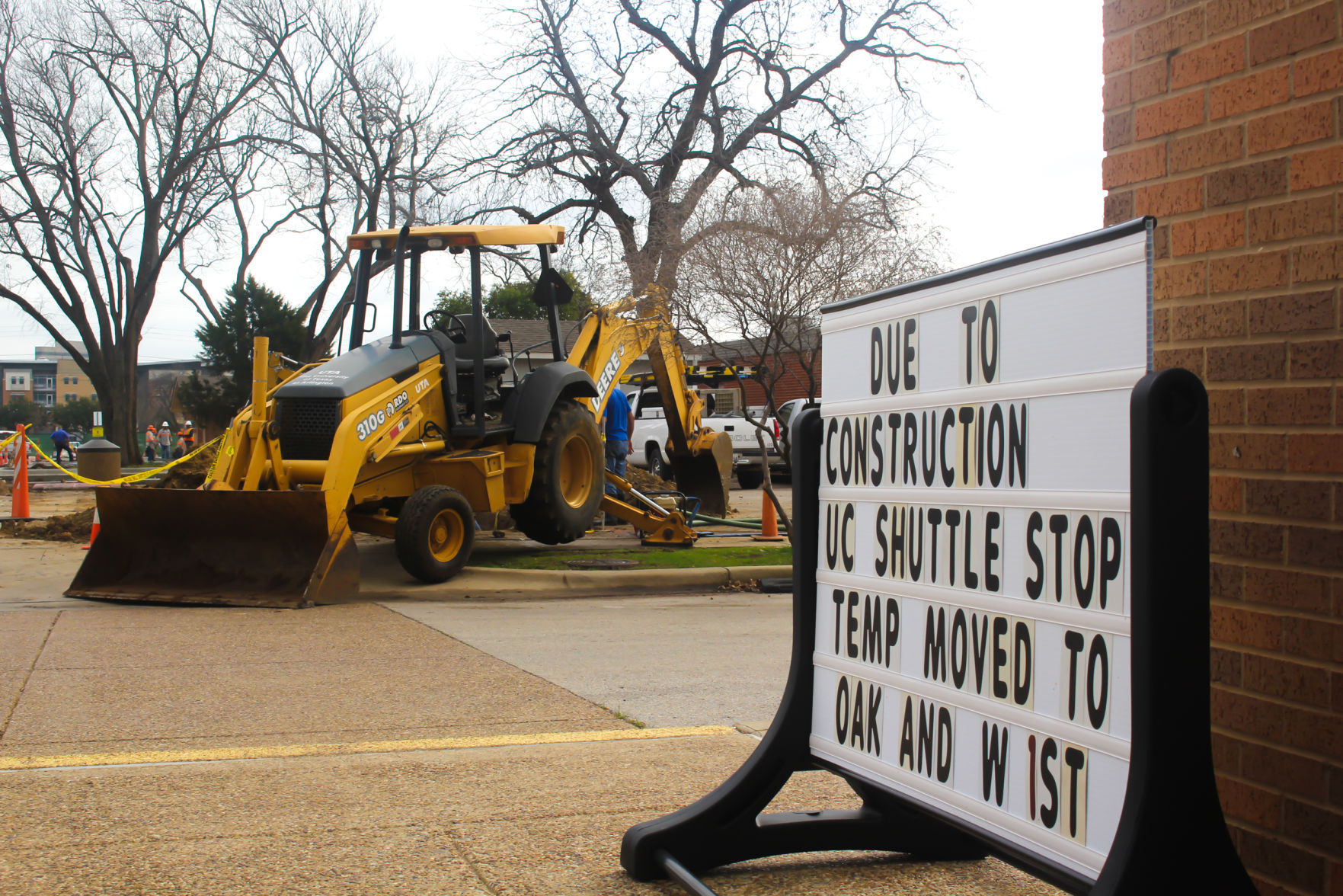 Construction crews work in a lot Jan. 14 outside the University Center. The building is receiving an updated pedestrian mall and grand entrance.

As part of a rapidly changing UTA and city of Arlington, there are several construction developments that affect students and employees returning for the spring 2020 semester.

A block north of the University Center, Abram Street is undergoing renovation as a part of the city’s Abram Street Rebuild project.

The project, which began in March 2018, is set to improve road pavings, street lights, landscaping and sidewalks between Cooper and Collins streets.

The project has resulted in rotating lane closures along Abram Street, as well as a variety of closed sidewalks and business driveways.

On Jan. 6, the project entered the final phase, project manager Andrea Ruales said in an email. This includes paving operations on the intersection of Abram and Cooper streets.

As a result, on Jan. 15 the northbound Mesquite Street between South and Abram streets began rotating lane closures, according to the city of Arlington’s website.

On Jan. 20, the south side of the intersection of Abram and Mary streets was also closed. Both closures are expected to reopen in early February.

The entire project is set to be completed by May 2020.

Since late September, the university has been working on a $9.8 million entrance on the northern end of the University Center.

The project is set to turn the space near Bluebonnet Ballroom and Rosebud Theatre into a grand entrance with a pedestrian walkway, a formal promenade and a parking lot extending to UTA Boulevard.

West First Street was closed permanently between South West and South Oak streets, according to a previous Shorthorn article.

Street meters along West First Street have been permanently removed, parts of College Street became two-way and deliveries to the UC loading dock are being rerouted to enter into the construction site from South West Street then exit from Oak Street.

Visitor parking lots were moved to Lot 39 and the Park South Garage lower level, staff parking was moved to Lot 38, and the MavMover shuttle stop at the UC was relocated to the Engineering Research Building along College Street.

Lot F11 reopened Jan. 21 after being closed temporarily, according to a university-wide email.

The project is currently in its second phase, with phase three set to begin Feb. 24 and the entrance expected to open before fall 2020.

In November, the UT System Board of Regents voted to fund the project that would demolish Trinity House and build the $26 million Administrative and Faculty Support Services Building in its place, according to a previous Shorthorn article.

President Vistasp Karbhari told the board the building will allow certain university departments to work in a collective space.

“Faculty support services and training is basically held all across campus,” Karbhari said. “We wanted to bring faculty affairs all into one area.”

The building will house Faculty Affairs, the Center for Research on Teaching and Learning Excellence, the LINK Research Lab, University Analytics, Global Education and the Office of Information Technology, said Amelia Firsching, assistant director of space management, in an email.

John Hall, vice president for Administration and Campus Operations, said the demolition of Trinity House was completed by its Jan. 20 deadline.

The Trinity West parking lot was closed off for the project, and faculty and staff parking spaces have been added to Lot 34.

The university will seek a design development approval at the Feb. 26 UT System Board of Regents meeting and plans to begin construction in March.

The building is set to be completed in December.