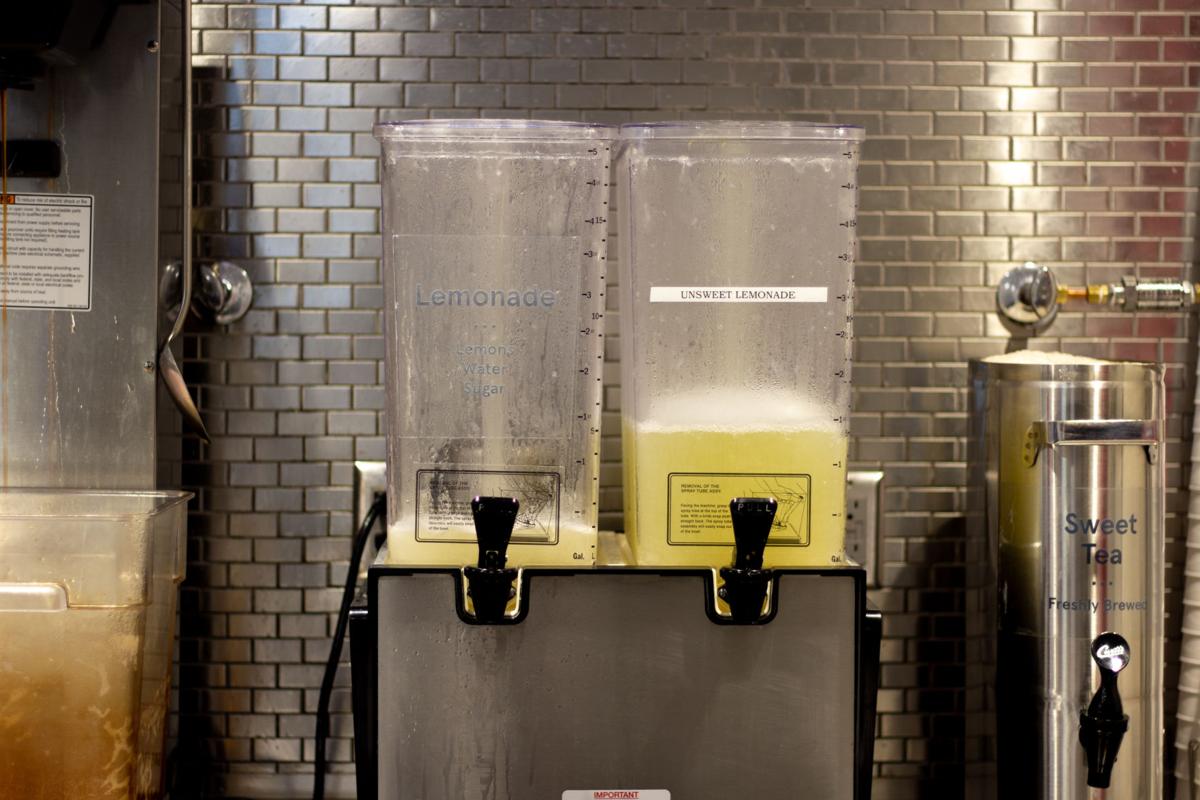 The University Center Chick-fil-A offers both sweet and unsweet lemonade. Currently, neither are included with student meal swipes.

Many students living on campus rely on their daily meal plans for nourishment. Different versions of the meal plans allow access to the Connection Café and certain restaurants in the University Center and the College Park District.

Political science freshman Kahari Gray submitted this question: Why is Chick-fil-A’s tea included in the meal swipe but not lemonade? UTA Unfolded investigated.

University Center director David Albart said in an email the lemonade is more time-consuming to prepare than the tea because the staff actually squeezes the lemons themselves instead of using a mix or powder.

Since it requires more labor to produce, he said ordering lemonade results in an upcharge on any meal, regardless of payment type.

He said Chick-fil-A employees hand-squeeze at least 10 cases of lemons a day, equaling approximately 1,100 lemons. A batch of five gallons of lemonade takes about an hour to make, and Chick-fil-A produces several batches every day.

She said that even though she doesn’t drink lemonade, Chick-fil-A shouldn’t upcharge students for something like lemonade.

“It should be included,” Delgado said.

The additional charge makes sense though, considering the amount of labor put into preparing the drink, she said.

University studies senior Darius Stewart said he was surprised when he learned Chick-fil-A upcharges for every lemonade.

He said he eats at Chick-fil-A two or three times a week and always orders a lemonade. Chick-fil-A lemonade is very popular among students like himself who try to drink something healthier than soda, Stewart said.

Customers shouldn’t be charged extra because they already pay for the meal itself, he said.

“That’s like us tipping them for squeezing lemons,” Stewart said. “No, no thanks.”

UTA Unfolded: Why can’t students use meal swipes at the Plaza more than once per day?

The program is still early in its development, and a demonstration of sufficient student interest is necessary to expand it further.

UTA Unfolded: Why doesn't UTA have a football team?

The football program was dropped because of a nearly $1 million athletic deficit as a result of poor attendance and lack of revenue.

Chick-fil-A, Panda Express to close temporarily in the UC

The dining options will be closed for two days as the building undergoes maintenance.

You aren’t tipping them (they don’t get paid any extra), and even so why would that have been a bad thing? Have you ever made lemonade by hand? It is time consuming and can be painful with just the smallest cut. Everyone with hand squeezed lemonade has an upcharge for it — Raising Canes included. If not the upcharge would be somewhere else. The entire menu would be increased 5% or so to compensate for the extra hours of work if there were no upcharge because more people would order it. This would be the case even for people who don’t order lemonade. So why should everyone pay for your lemonade then?

Also, if you really want something healthier than soda, get water.