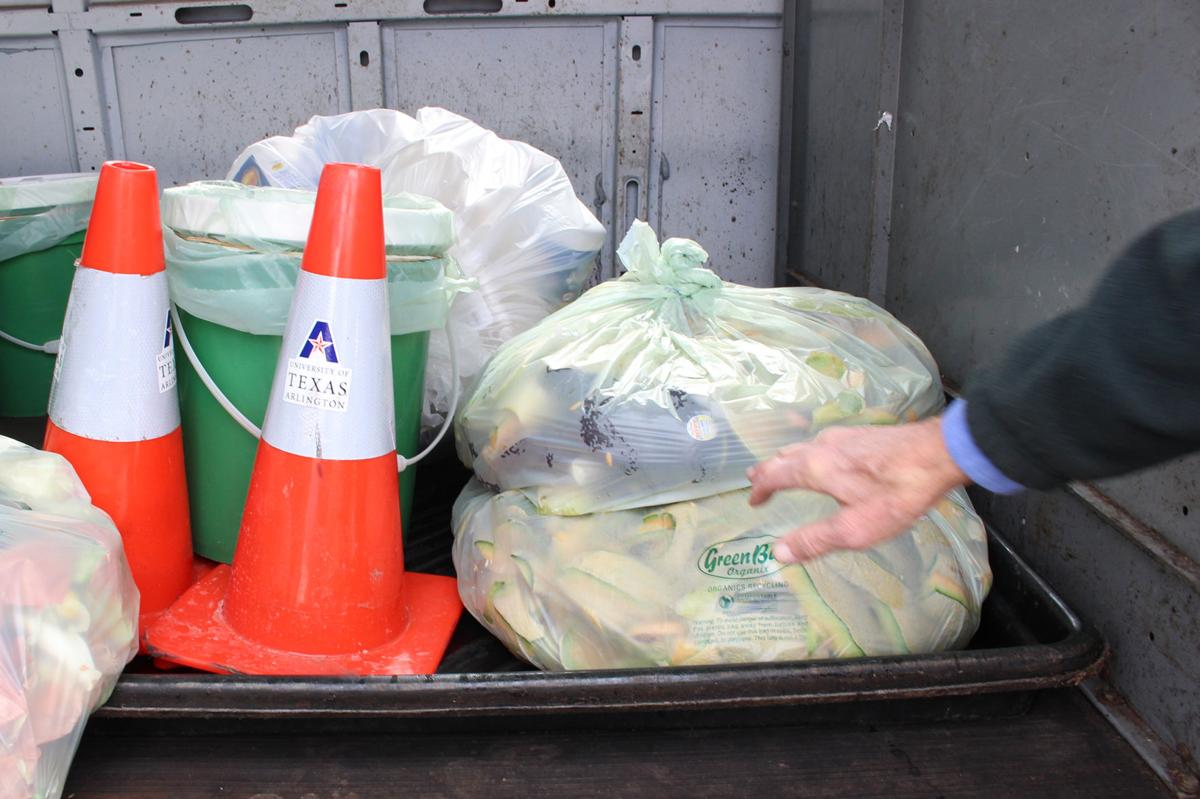 Bags of leftover food lie in the back of a van Feb. 13 at the UTA Campus Compost Center. Safety inspector John Darling collects the leftover food scraps from different locations on campus such as The Connection Café, the University Center Plaza and The Commons. 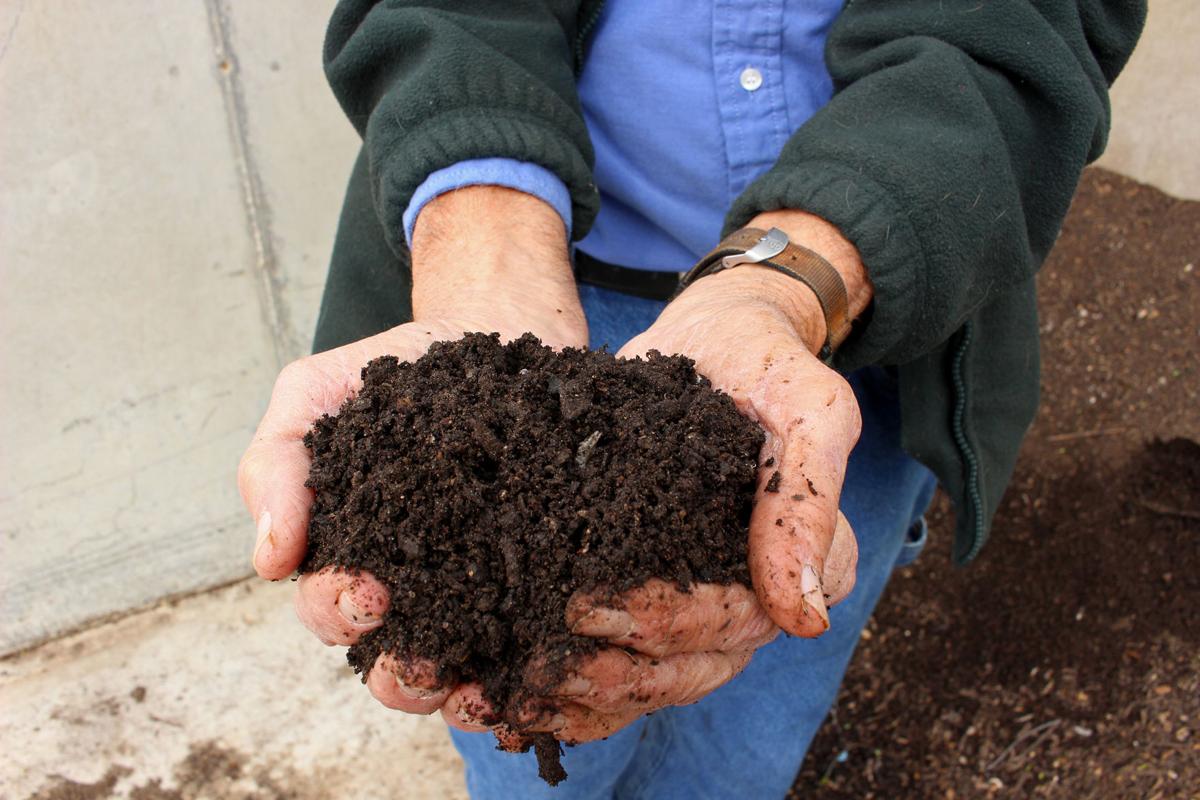 Safety inspector John Darling holds a sample of soil Feb. 13 at the at UTA Campus Compost Center. The soil is the final product of the composting process. 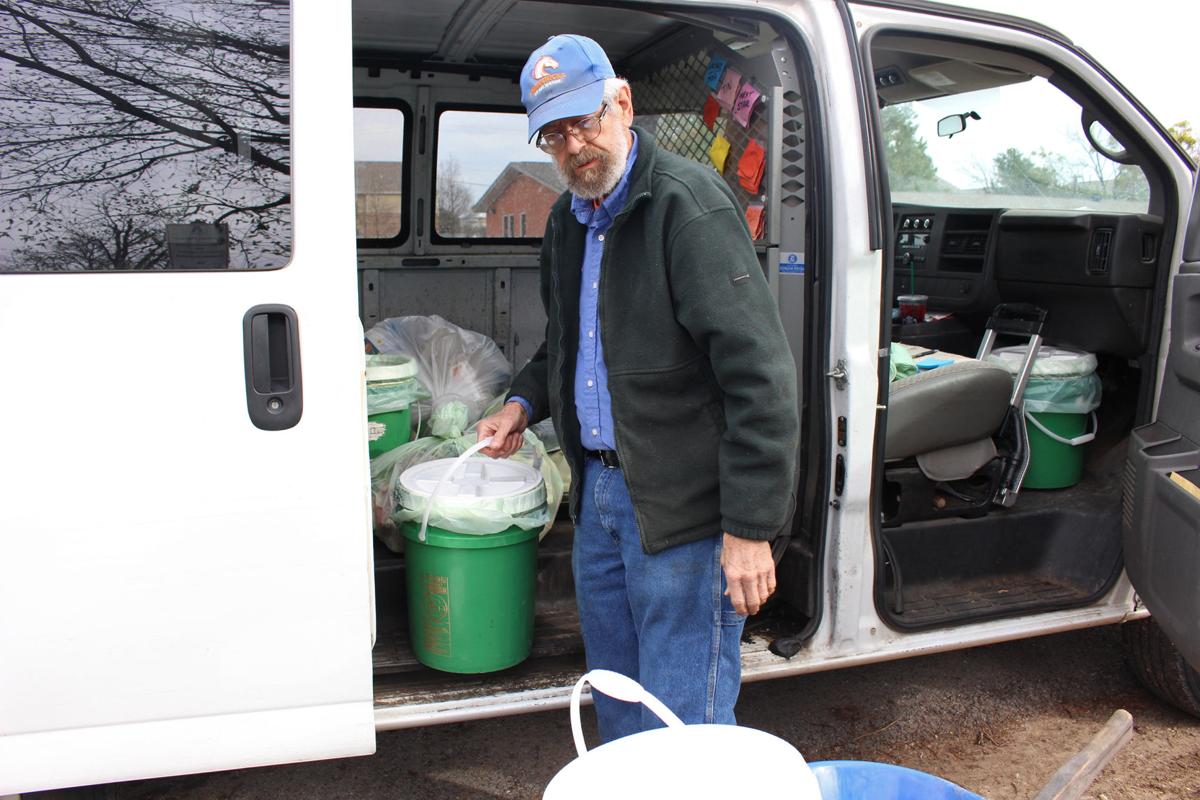 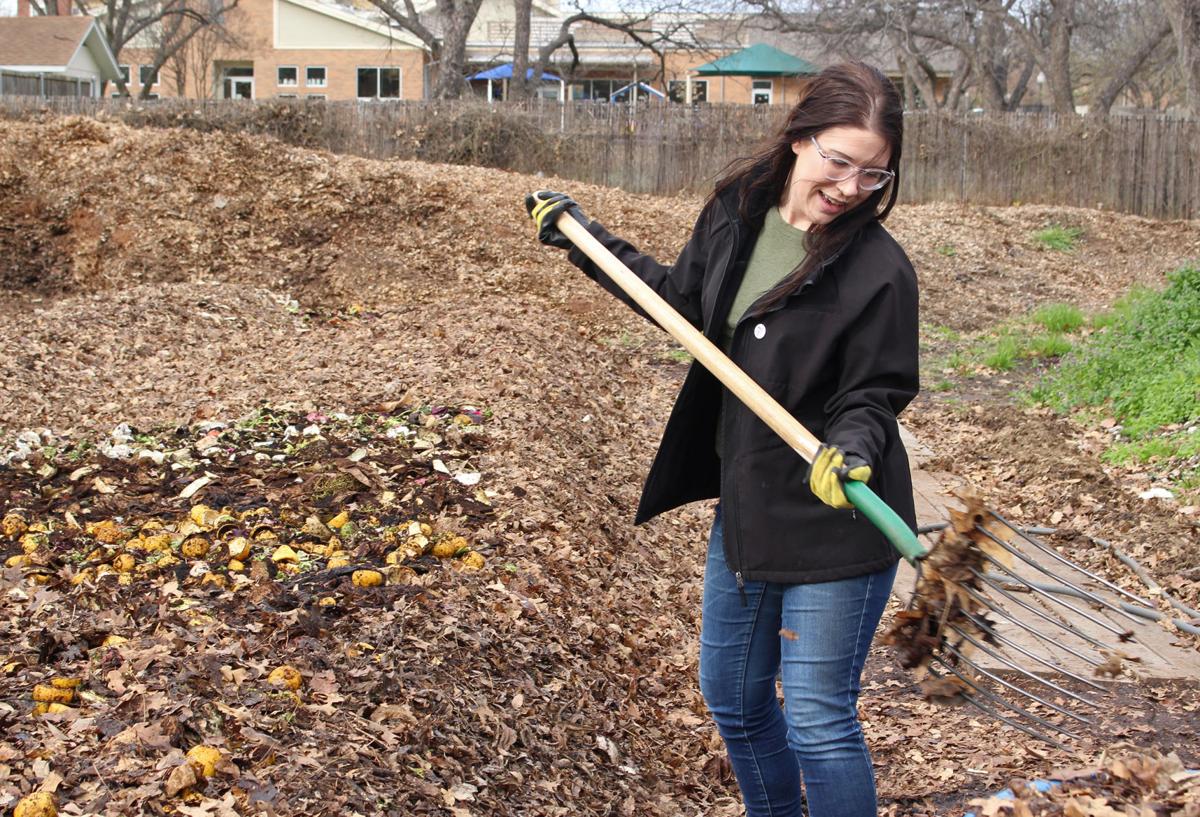 Students live busy lives, moving quickly from one task to the next, and an unfinished meal may be the least of their worries. But what happens on the other side of the counter is unknown to many.

English sophomore Taylor Crist submitted this question: What happens to the food at the end of the day in the Connection Café and the University Center Plaza? UTA Unfolded investigated.

Safety inspector John Darling collects the compostable leftover food every day. He weighs every truck he brings to the compost site and collects around 46 tons a year.

Raw vegetables, coffee grounds and fruit scraps from the various dining locations on campus are decomposed at the UTA Campus Compost Center, which is located behind the Environmental Health and Safety office, Darling said.

For food that can’t be composted, UTA Dining Services follows the Food and Drug Administration standards for reheating and reusing it the next day, said Christopher Henry, Dining Services resident district manager, in an email.

“We take a very systematic approach to forecasting the amount of food that will be needed for each day in [Connection] Café,” Henry said.

At the compost site, Darling said he makes the compost and builds the piles so the material can start to rot. He said once it rots, it doesn’t look like food scraps anymore. It looks like rich, dark earth.

The final product becomes soil that is later used at UTA’s Community Garden.

“Plants love it. Plants just love it,” Darling said. “And it doesn’t go to the landfill.”

He said this process is a two-for-one deal because the leftovers become an organic product for the campus.

Darling also collects excess bagels from Einstein Bros. Bagels at the Central Library and takes them to Mission Arlington to donate to people in need.

“They make too many every day, and they can’t sell them the next day, so they were putting them in the trash, which is a terrible waste of food,” he said. “I was the middle man, and all of a sudden I’ve been going to Mission Arlington on and off for years.”

Hill said the U.S. is running out of landfill space, and if everyone could compost, it would solve many problems and help the Earth.

“It’s just a lot of trash; they get like 10 tons a day or more,” Hill said. “And a lot of it is stuff you could be recycling back into the earth.”

Another idea: Make less food, run out of food options at locations all over campus. Sometimes your favorite stuff will just not be available because you arrived at the end of the meal period. . . and you'll have to eat something else. The idea that we need to make enough food so that everyone has 100% of the options laid at their feet is just silly. Even Starbucks runs out of food each day.