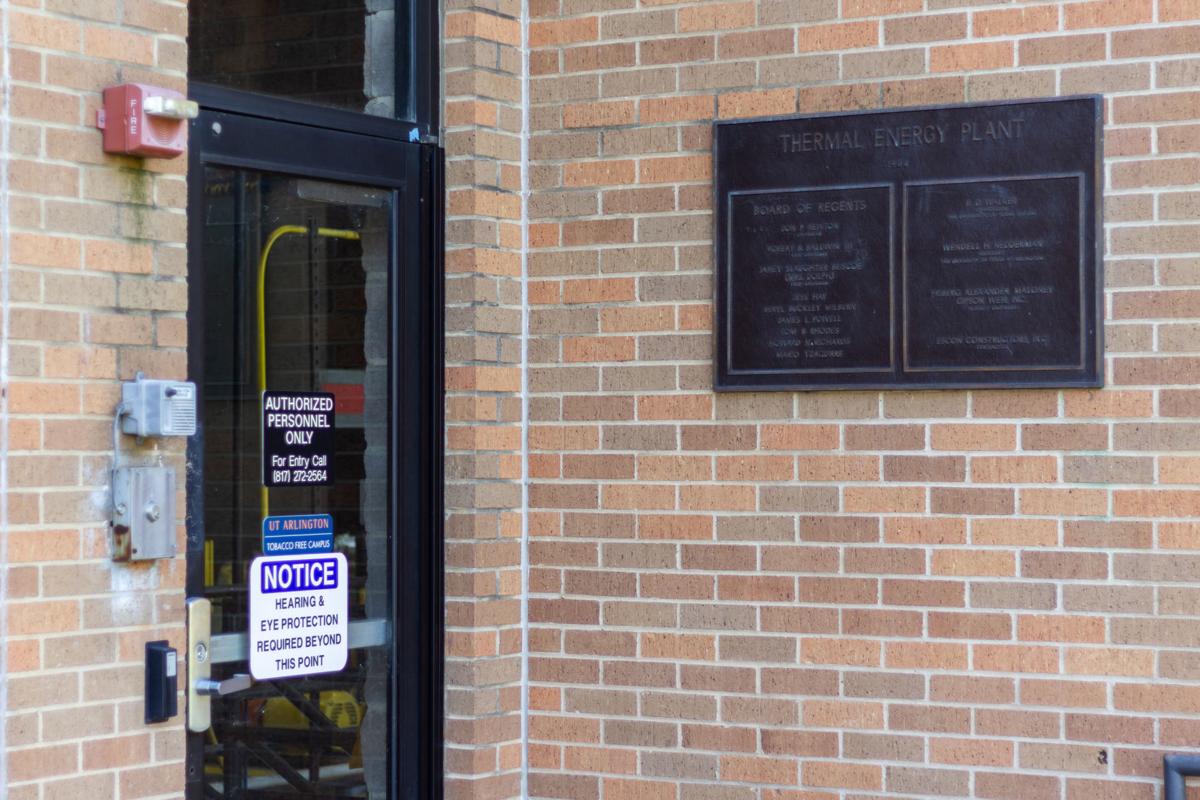 An alternative entrance to the Thermal Energy Plant on March 21 across from the University Center. The sign reads that only authorized personnel with hearing and eye protection may enter the building.

Áine Aldrich, social work graduate student, submitted this question: What all does the thermal energy plant do? UTA Unfolded investigated.

Aldrich attended UTA for her undergraduate degree and spent most of her time on campus. She walked by the thermal energy plant numerous times.

She said it’s hard to know what the plant does because it has never been mentioned in her classes.

Thermal energy is any energy created to heat or cool a building and can be transported through a piping system, Robb Chock, facilities mechanical and energy engineer, said in an email.

The plant contains chillers and steam-producing boilers which help provide air conditioning and heating to most buildings on campus, said Bill Poole, assistant vice president for facilities management and campus operations, in an email.

“We use less electrical energy to supply the same load on the campus with a central plant than we do if we had a chiller at each building,” he said.

There are two thermal energy plants on campus, Chock said. One is located on east campus and another is behind the Maverick Activities Center.

The northwest plant has three chillers, with only chilled water and no steam production, he said.

Chock said two of the three chillers at the northwest plant are turned on through operated systems, which are based off efficiency, while the third is operated at all times because it powers West Hall and The Commons.

Each chiller contains a refrigeration loop which cools the chilled water, he said.

Chock said the additional tools and equipment in the plant are there to support the steam and the chill water system.

“[The plant] is where all the conditioning is coming from, the heat and the cooling, that’s where it comes from,” he said. “It’s not coming from the building itself.”