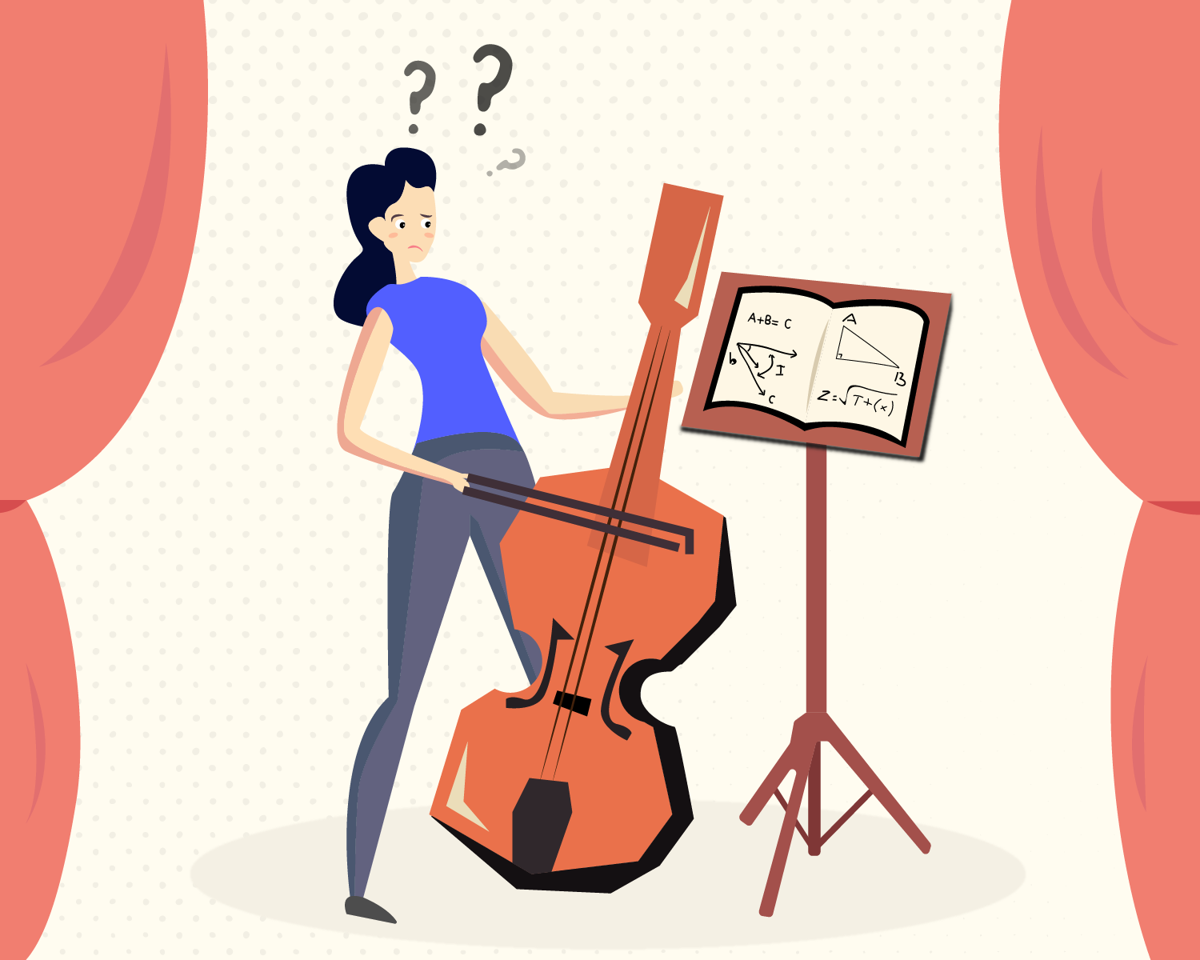 Vocal performance freshman Olivia Allen said she doesn’t see why she should be required to take classes that don’t pertain to her major.

Last semester, she took contemporary mathematics, and this semester she’s taking elementary statistical analysis to fulfill the mathematics credits required for her degree.

“I hate math with a burning passion,” Allen said. “And I am not good at it.”

She’s always had difficulty understanding concepts, she said, but the hardest part was always finding a teacher who could communicate content effectively.

“It just never clicked for me,” Allen said. “And it still hasn’t.”

Allen submitted this question to UTA Unfolded: As a music major, why am I required to take two math credits? I feel like it’s a little unnecessary for me, especially since it’s math I won’t ever be using again. UTA Unfolded investigated.

While she understands and agrees that mathematics should be required, she thinks students should only be required to take classes that directly correlate to their majors.

“Maybe I just don’t have a better knowledge of this course, but I can’t think of any setting or situation where I’m going to apply whatever knowledge I’ve learned in my elementary statistics class in my music career,” she said.

“When I think about anybody going to college, is that they have a well-rounded education that allows them to think critically about a variety of things,” Lubbe said. “Mathematical reasoning and quantitative reasoning is a part of that.”

She said it’s vital that students know how to analyze numbers and form educated opinions about things like polls and statistics. People that don’t understand math don’t make accurate or informed decisions or judgments, she said

“Math is not just crunching numbers,” Lubbe said. “It’s based on logic, it’s based on structure.”

Broadcast sophomore Samuel Morrall said he’s never had an easy time with mathematics either. However, he’s accepted the fact that he has to take the required classes.

“Stats is a class that you can take, and if you do the work and you just study, you can do pretty well in,” Morrall said. “As compared to [calculus one or two], where it’s very, very difficult.”

One of the biggest issues for him are professors, he said. Many professors are talented in their field but don’t seem able to teach in a way that enables students to learn.

“If professors and students had a better relationship, I think that would help out with math a lot,” he said.

UTA Unfolded: Are the campus cats safe to touch? Have they been spayed/neutered?

This story was reported as part of our UTA Unfolded initiative, which we launched earlier th…

The program is still early in its development, and a demonstration of sufficient student interest is necessary to expand it further.

Well if you want to be able to plan ahead financially it would be supremely important to have at least basic math skills. How are you going to calculate and understand the impact of loan terms without being able to calculate them out? It's probably more useful than the other courses in real life situations. Mortgage, car loans, credit cards, STUDENT LOANS and on...

People who focus on their course work and degree as "only a means to an end," get the least out of college and make the least out of their degrees (based on the largest survey of recent college grads - Gallup-Purdue Index) . . . let me put this in other terms before I rant on for too long . . . you don't want to look like an idiot on your favorite social platform because you can't see through misleading numbers. Understanding the logic behind statistics (and presumably learning this through some exercise of statistical methods) is critical to making any argument and understanding the weight of various points of an argument. We're not just pumping out skilled automatons, or at least, that's not what we're meant to be doing here.

I bet you are not a STEM major, because we do get a lot out of our degrees just by studying courses from our major and also get nice jobs after that :)

You're not wrong about STEM majors getting jobs based on their training. Your analytical skills can even get you jobs outside of the STEM field because of the way you have learned and demonstrated reasoning and problems solving skills. I'm saying . . . you can get more out of your training if you also get other experiences than just completing classes and earning a piece of paper. If you did undergraduate research, wouldn't you have more opportunities? Statistically? But you are wrong about one thing . . . I will have two degrees in STEM. :)

I agree and same here, will graduate with honors in two stem degrees. I only believe that coursework in liberal arts does not necessarily equip you with those skills. I believe other methods like being part of an organization or volunteer work are way better. Take for example the university's professional communications course, the intentions for its creation were good, but it's the most useless and time eating class I have taken here.

Math is a key component to music though. I could see an argument for more classes that teach the music side of math to be counted for a music's major's math courses, but to ask for less courses sounds silly. Everything from rhythm, tempo, the actual sounds produced by certain lengths... its all math! It should be studied by music majors.

Compare that with having to take an intro to drama course for an engineer. What does it have to do with engineering? Nothing? Great, why are we taking it?

The same to you — why should I be required to take a fine arts elective (i.e. the only thing keeping fine arts departments alive)? It has nothing to do with my studies.

You take math credits so you can learn something that's actually useful. Math is a marketable value. We see there are a bunch of unemployed people because they go to college to get useless degrees.

I don't think this still answers the question, really. Indeed, mathematics can be a part of a well-rounded education, however there's a bigger question that seems to be lurking within that statement, which is what is meant by "well-rounded" and why isn't it that we seem to be striving for it so ardently, when it is clear these mandatory classes don't actually seem to have a long term benefit. If it was true that math or other basic classes were essential to a well-rounded education, then certainly there's an argument to be made that everyone should be taking mathematics and science courses for the entirety of their college careers, regardless of major. Certainly, we want to ensure that everyone is getting a well-rounded education by participating in Calculus II and understanding the mechanics of nuclear physics, right? The truth is that basics courses are mandated by the Texas State Department of Education in order to derive and allocate funding across the state (not that this distribution is fair, even, or adequate in many circumstances), and like many things enforced by the TXDept of Edu, it's largely superfluous and redundant. Superfluous because most students who take early level math courses hardly recall many of the skills they learned and still aren't able to apply them to their job fields; redundant because these courses are already mandated in high school across the state, and therefore having to essentially retake these courses is a waste of time for many students who would prefer to simply enter their major area of study. It woould seem to be a better use of the students' time to study for a semester or two in their major area, and if they don't feel confident about continuing to pursue that major, they can always change within those first two semesters, or reconsider in the summer following their first year. It may be worthwhile for academic institutions to encourage and support when students want to change majors, making it less of an abnormality and rather something normal that students might expect in their first or second years of college, rather than blanket assuming that there is a skills gap in every student who enters the University. This is the result of faulty incentives such as those found under policies like No Child Left Behind which has a trickle down effect right into the universities, as exemplified with enforced-entry level courses like mathematics.

If you don’t need a well rounded and competitive education then don’t go to university. Go to trade school. Someone with a degree from uta needs to have enough skills to make my degree more valuable. There is a standard. And we need that standard to deviate more to knowledge. See what I did there? Lol standard deviation. See I still use my stats skills