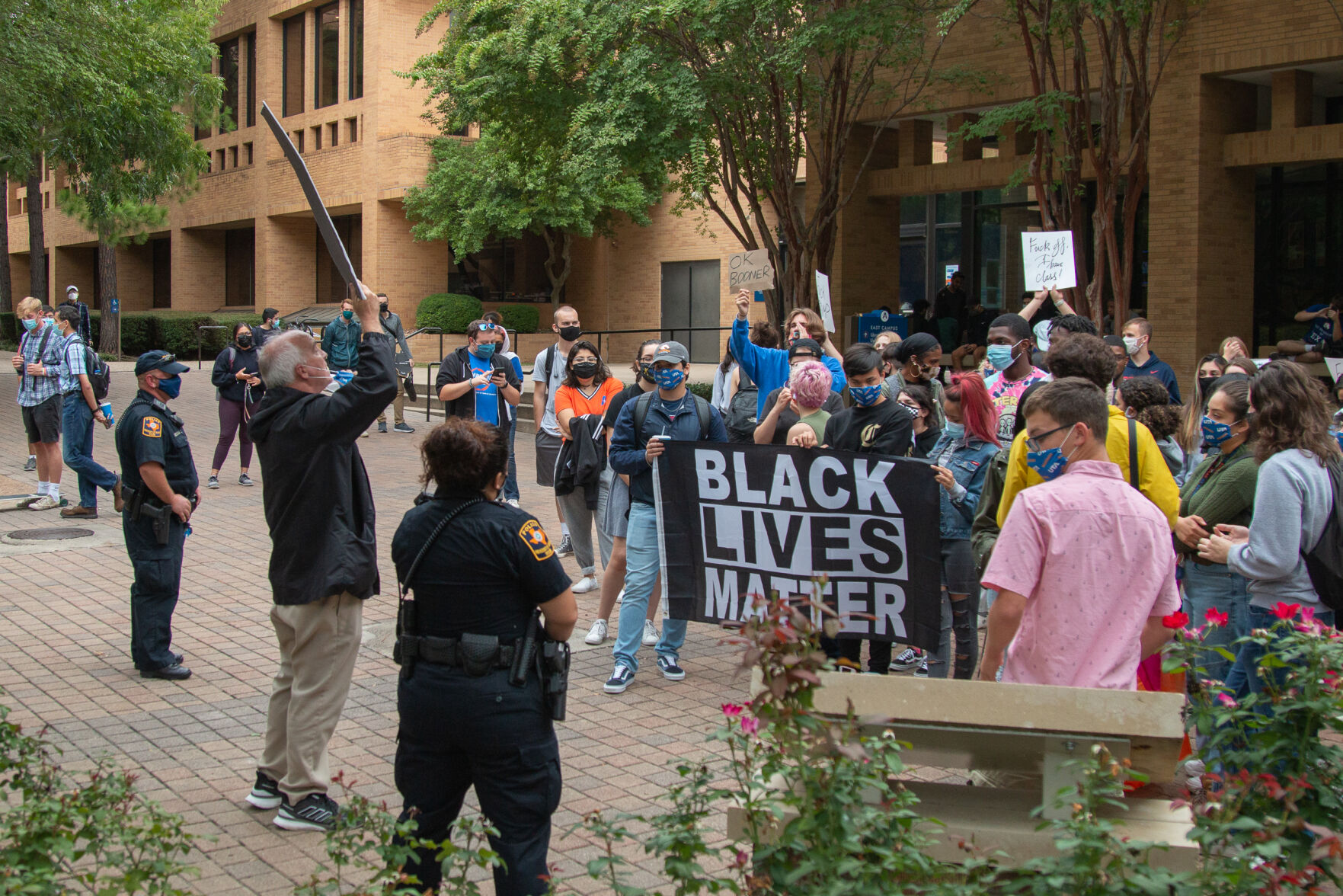 UTA students counterprotest the presence of anti-abortion protester Rives Grogan on Sept. 10 outside the University Center. Campus police were present throughout the protest to maintain distance between Grogan and students. 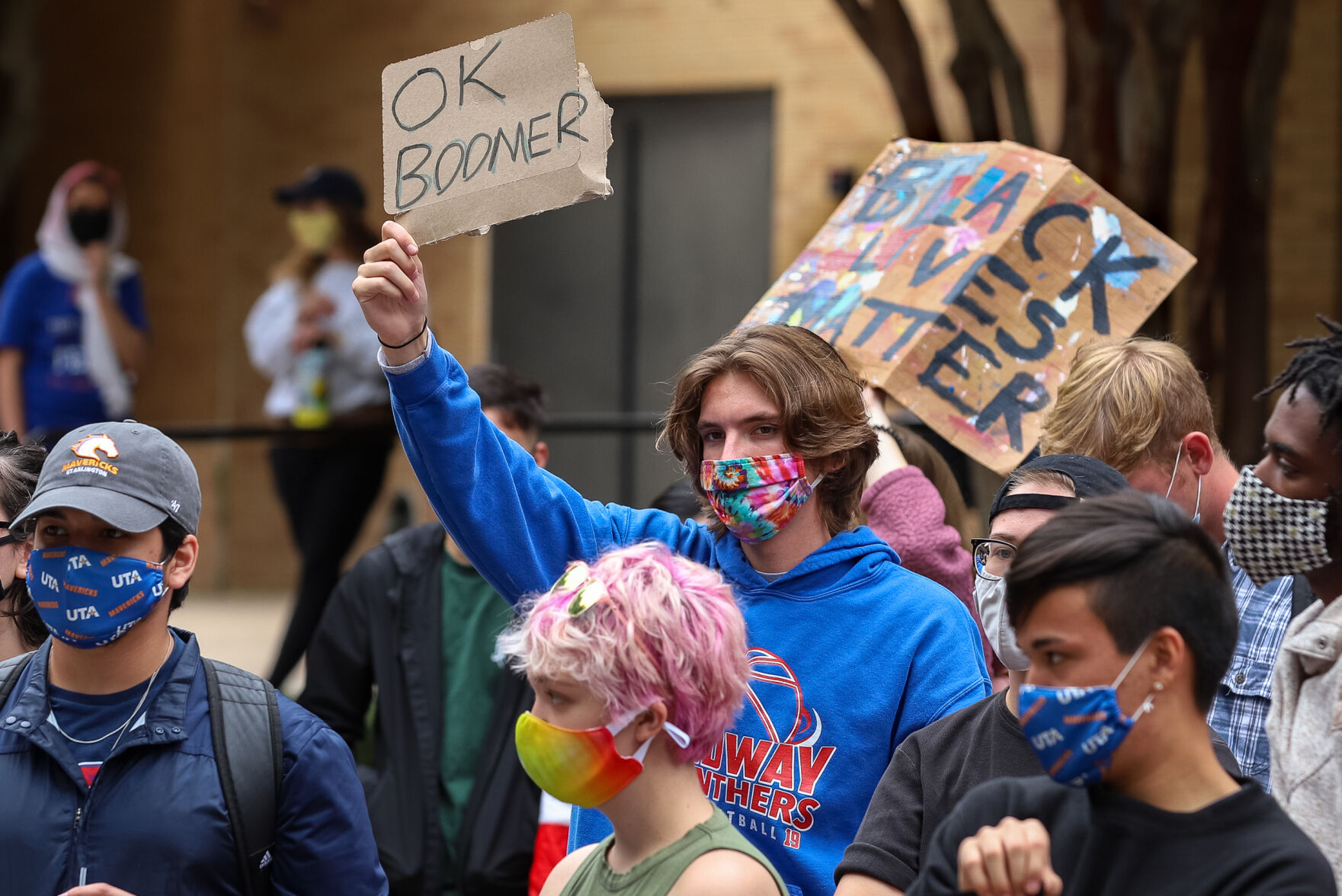 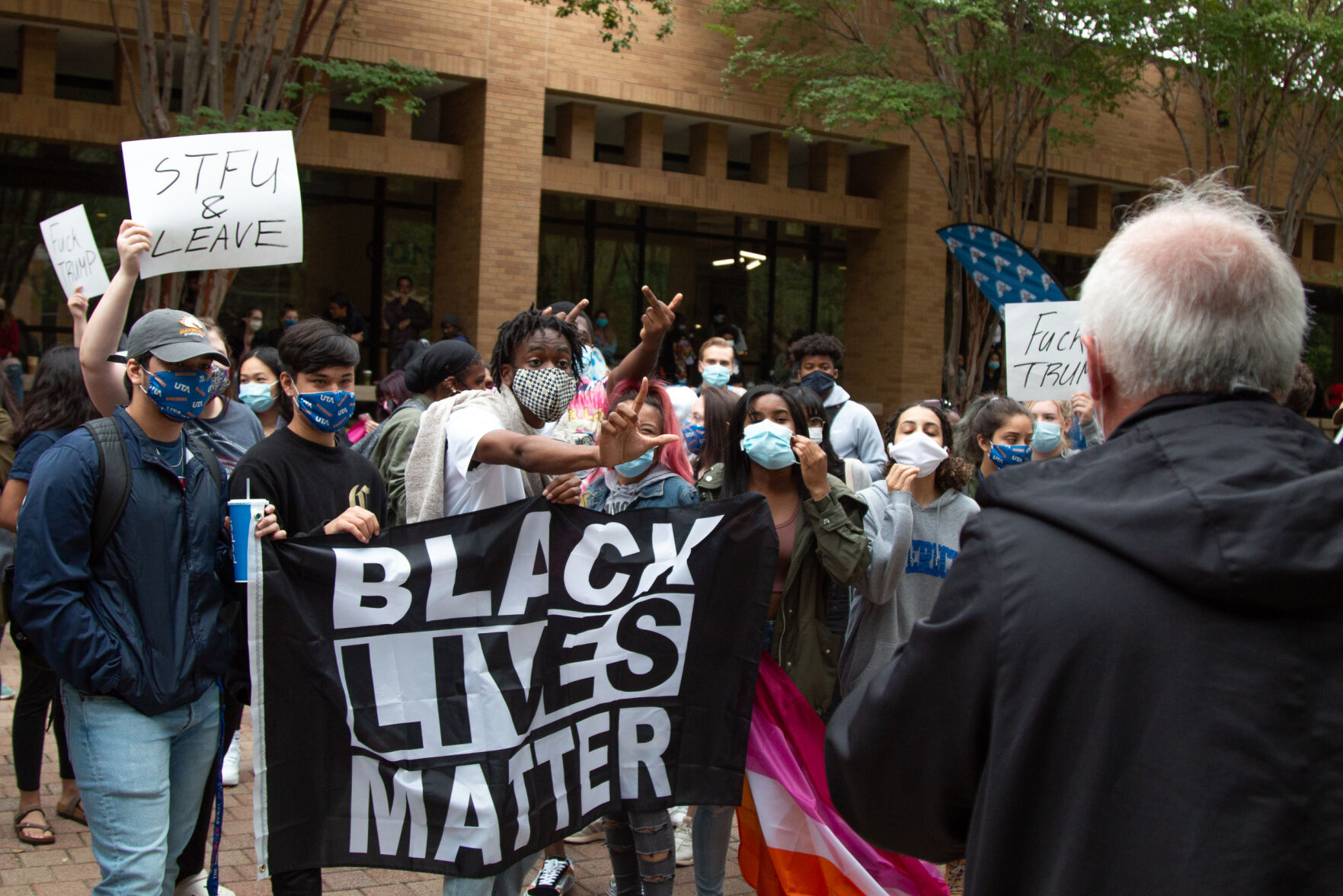 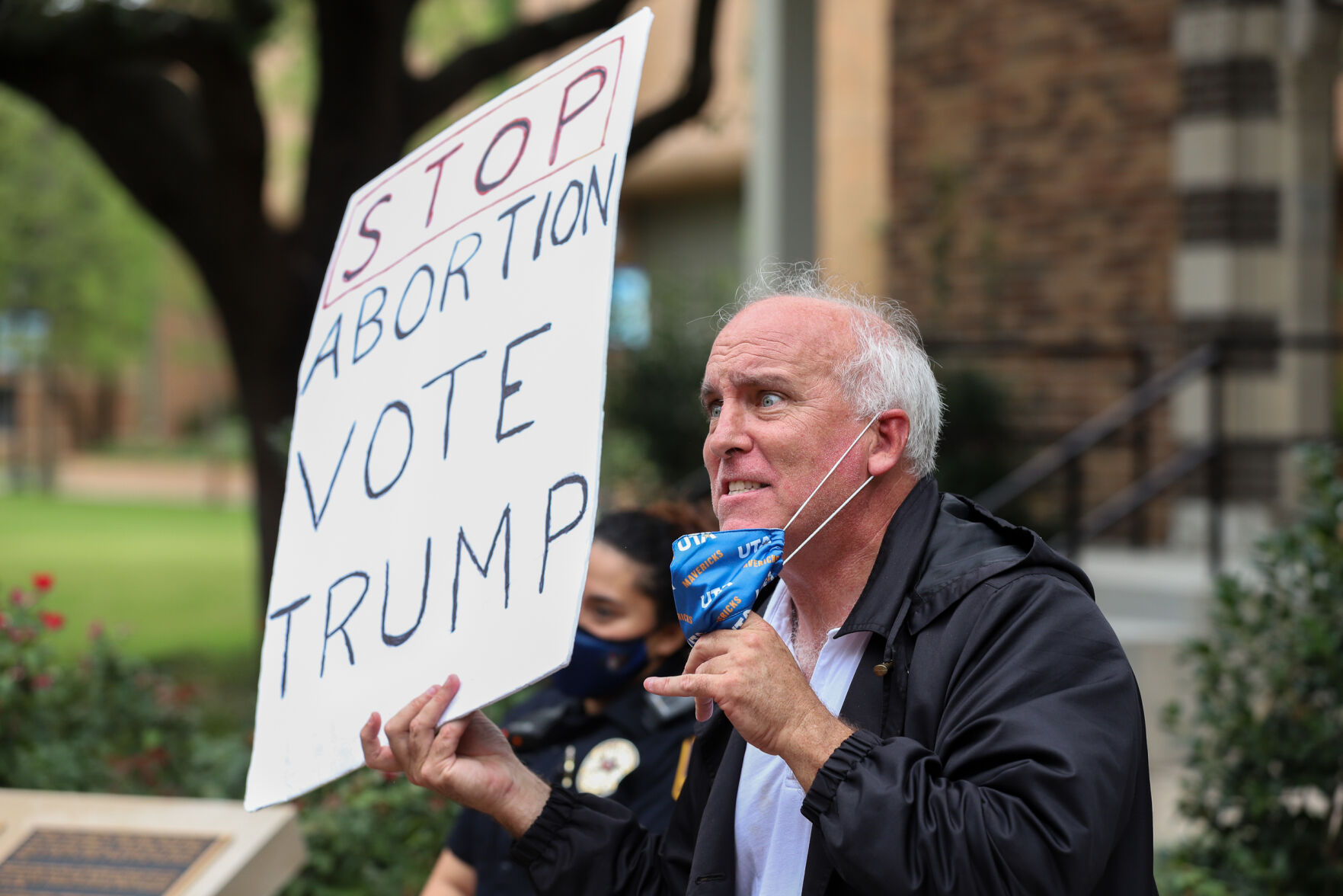 Anti-abortion protester Rives Grogan speaks to students Sept. 10 on the University Center mall. Students shouted back and forth with Grogan over the views he expressed.

Students gathered in a counterprotest over the presence of anti-abortion protester Rives Grogan on Thursday afternoon outside the University Center.

Students opposing Grogan’s views grabbed flags and homemade signs from their dorms to express their disapproval of his message.

Musical education freshman Zion Maxwell was walking home from class when he came across the scene outside the UC.

Maxwell said he is concerned about a woman's right to make decisions when her life could be at risk.

Undeclared freshman Maryam Zafar said at first she was observing the protest from the back.

Zafar said she became frustrated when she realized that neither side was protesting for their cause but instead protesting each other.

“He definitely has a right to be here,” Zafar said. “And so do all the students protesting him.”

Zafar said she connected to students with differing opinions during the protest, and they discussed possible solutions to society's issues.

“That is what I feel is the most necessary right now,” she said. “Like civil discourse rather than a debate with yelling at each other that you’re gonna go to hell.”

Grogan said he visits campuses during election season to get interaction.

“The media does not cover this topic the way it should,” Grogran said. “Students want to talk about it.”

Campus police were present to maintain separation between Grogan and students, ensuring campus safety. After the event, police escorted Grogan off campus.

Number 1 killer of black youth? Abortion. Funny that "Black Lives Matter" would protest this. However, since BLM the organization's founding principles are the destruction of the nuclear family and establishment of dictatorial communism.. makes sense. I mean if we are going to ruin peoples lives, why not make it institutional? BLM biggest threat to black lives since the Democrats lost the civil war.

Stick to FBI crime statistics, if you're going to be racist at least base it off of your poor understanding of statistics and not just make up random facts

Lol, letting people know that BLM doesn't care about black people is racist. And to shakily try and defend it, wow. Funny how leftists now promote segregation and also want to implement race based hiring. Who's the real racist?