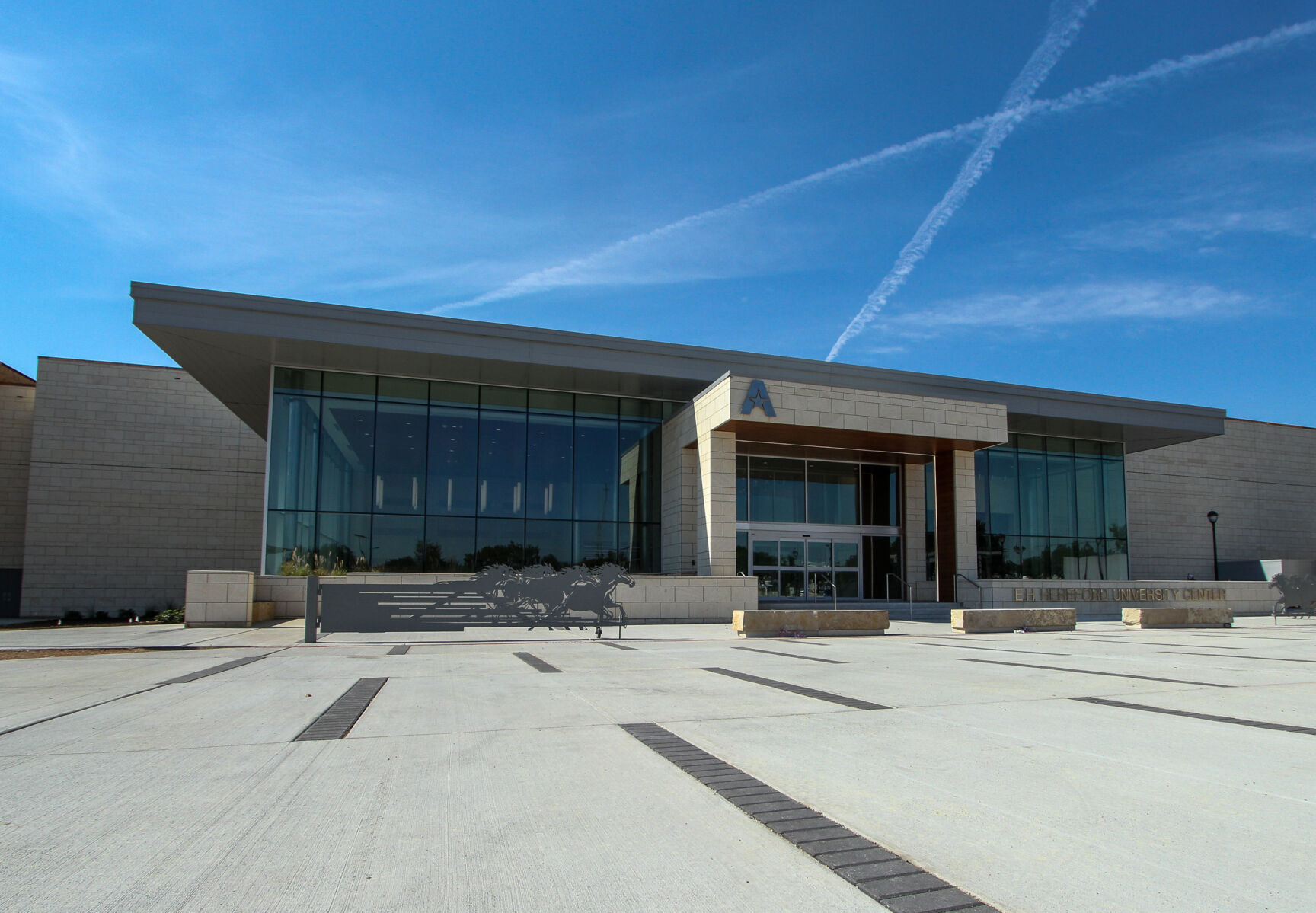 The grand entrance of the University Center on Aug. 21. The goal of the project is to match the space to the Lockheed Martin Career Development Center atrium. 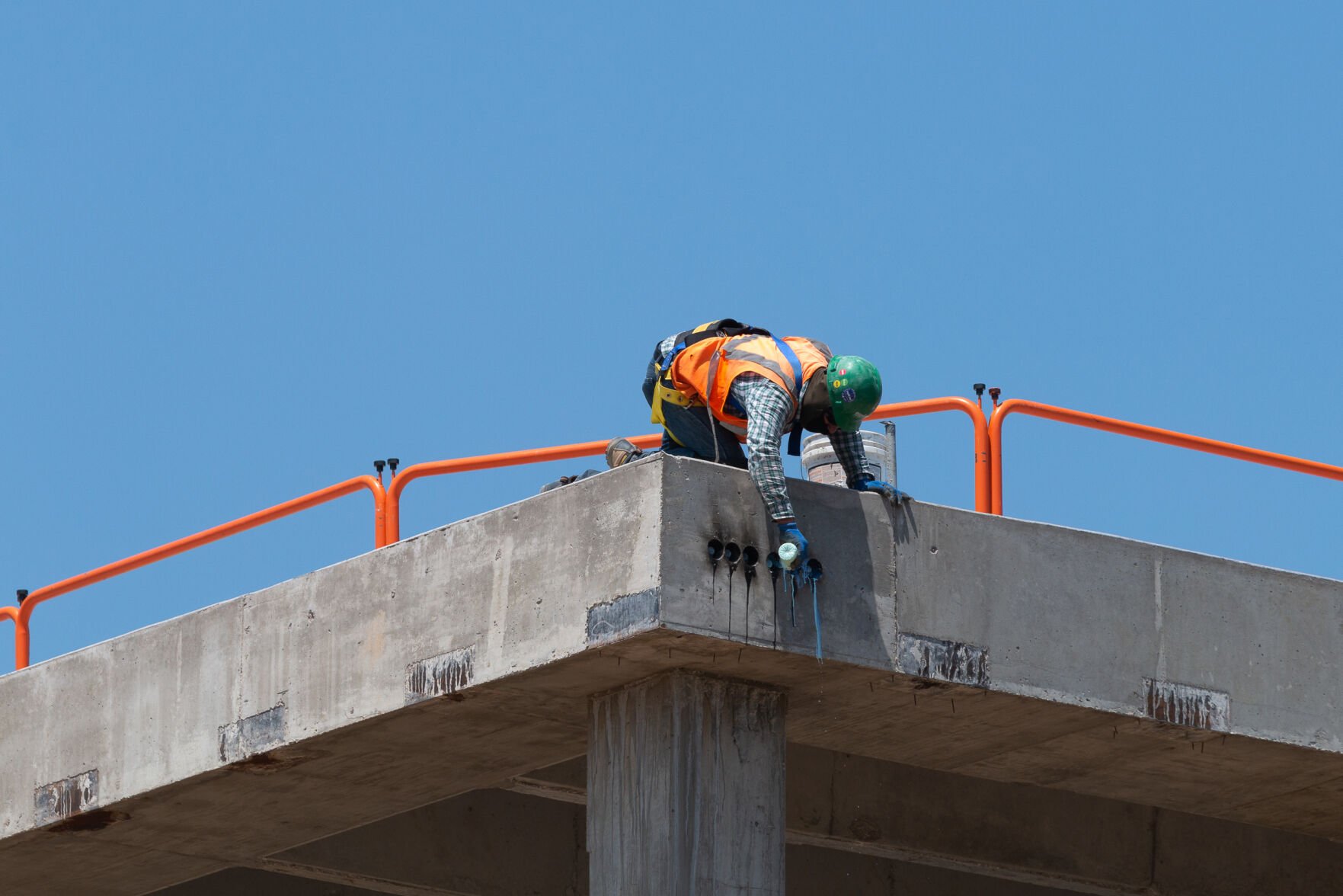 A construction crew member works on the frame of the new Trinity Hall on Aug. 21 on West Campus. The construction will result in a new three-story building with glass window walls, training and conference room spaces and a media production area. 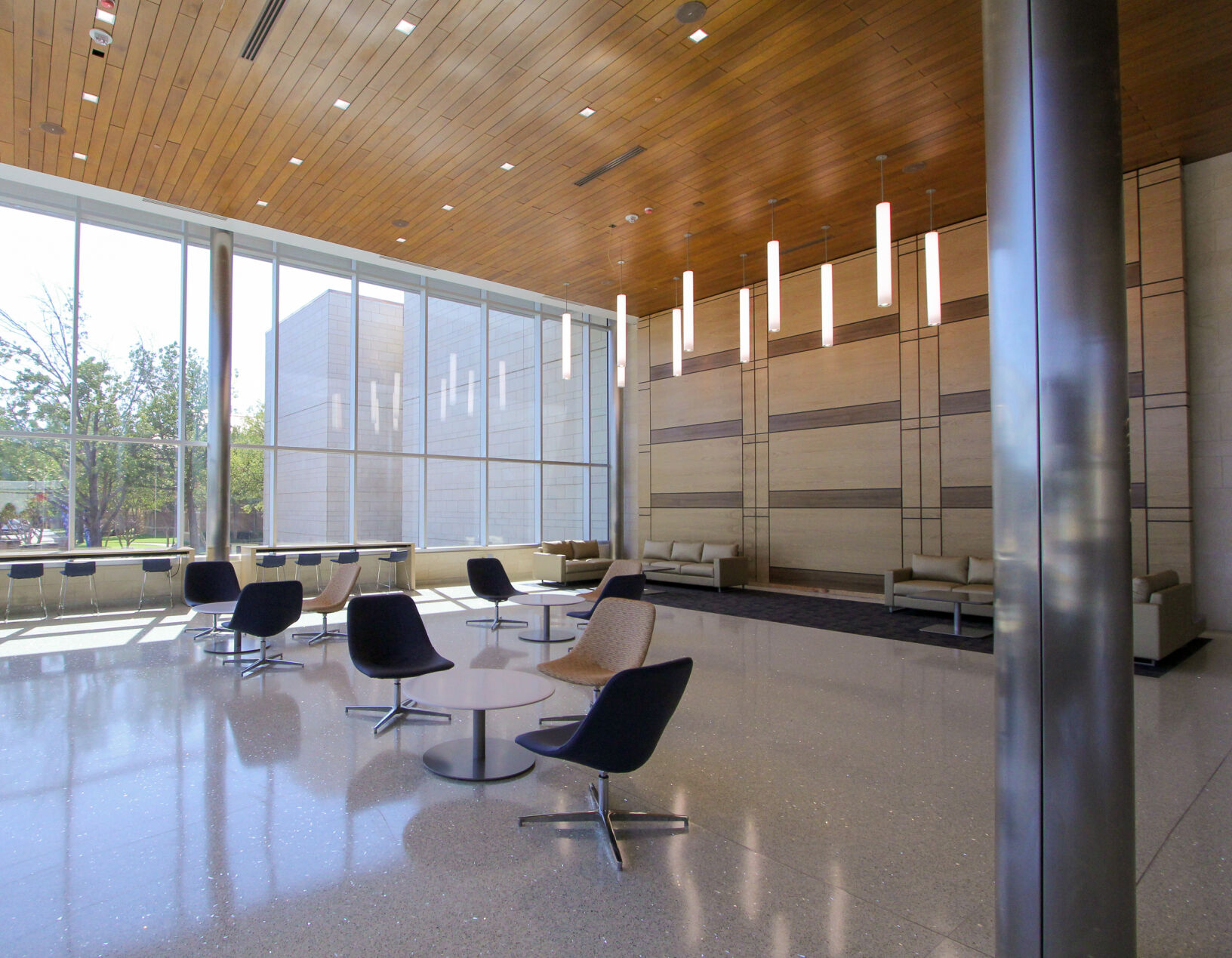 The interior of the grand entrance Aug. 21 inside the University Center. Seating has been limited to prevent the spread of COVID-19 and promote social distancing.

As students return to campus, there are ongoing construction projects affecting the UTA community.

Institutional construction director Troy Yoder said in an email that the project is underway, and the structural concrete frame of three floors has been completed. The project is on track to be ready for use next spring.

The new building will be located at the corner of Greek Row and West Nedderman drives, where a residence hall used to stand. The project will cost about $26 million overall, with an estimated $17,225,489 building cost, according to a previous Shorthorn article.

The building will hold new administrative support service spaces, according to UT System’s Capital Improvement Program document. Planned occupants include University Analytics, the Division of Faculty Affairs, the Office of International Education, the Center for Research on Teaching and Learning Excellence and Office of Information Technology staff.

It will also include two elevators, glass window walls for natural lighting, training and conference room spaces and a media production space, according to the document.

Almost a year after construction began, the University Center grand entrance was completed Monday, Yoder said. Designs for the project started in 2018.

The almost $9 million construction project originally had an official completion date of Aug. 31.

Construction was interrupted by a 15-day delay in April, but the time was made up, Yoder said. The only COVID-19 related delay included a shipment for the exterior lighting.

The last bit of construction included roof cleaning, he said.

The interior renovations were completed in April, including heating, ventilation and air conditioning, fire sprinklers, fire alarms and electrical systems.