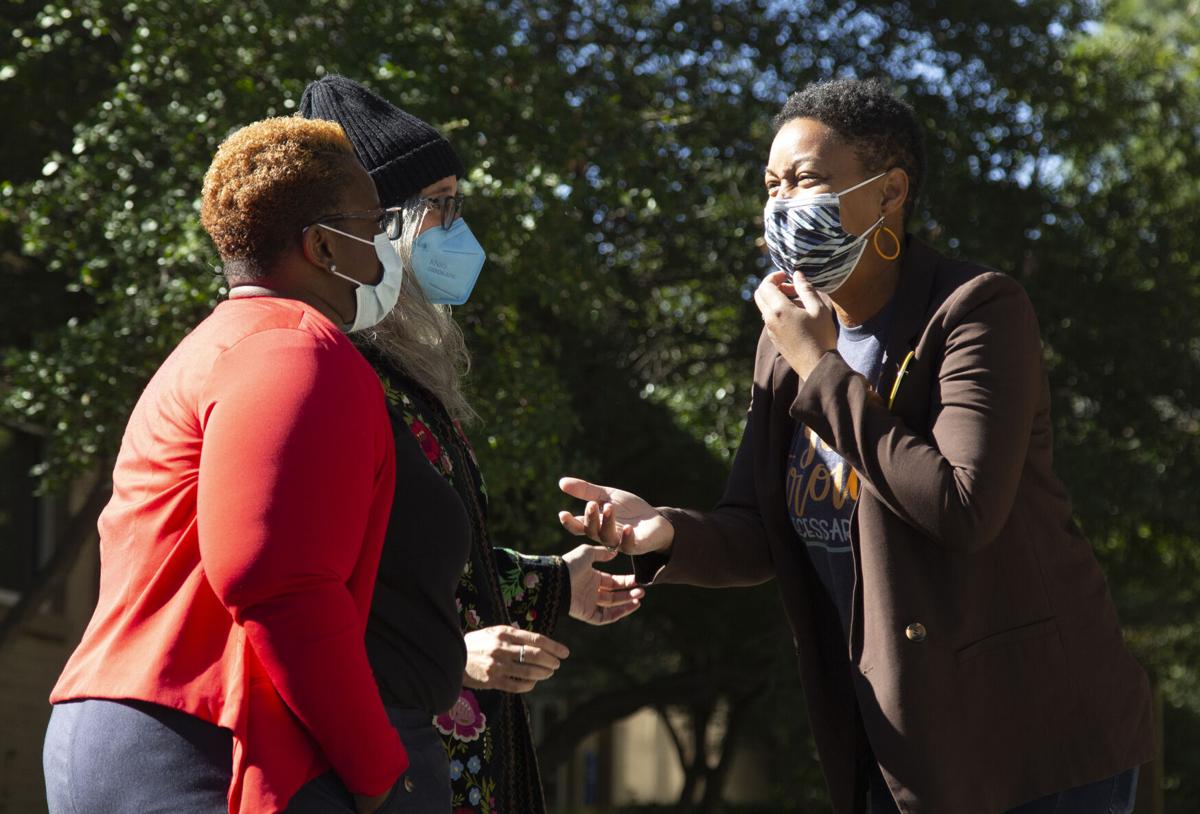 Attendees chat about the event Nov. 18 at the School of Social Work courtyard. November's talk was for American Indian and Alaskan Native Heritage Month. 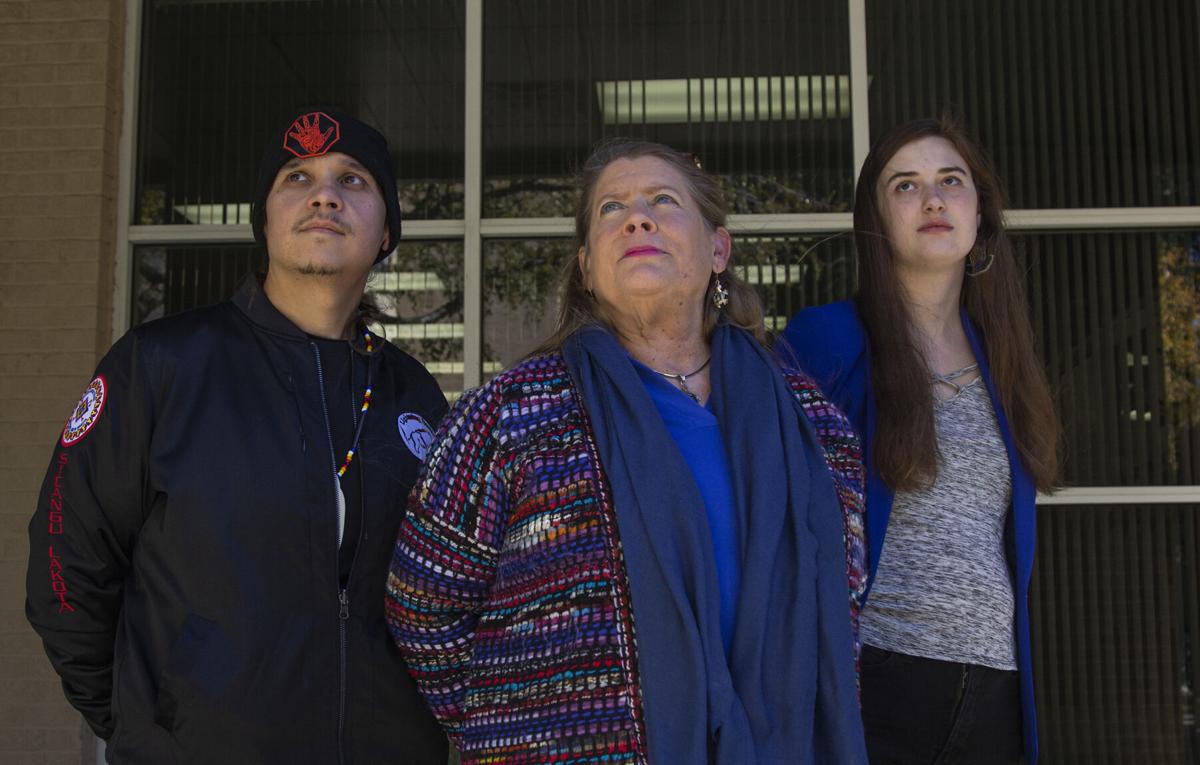 Guest speakers pose for a picture Nov. 18 at School of Social Work Courtyard. Event speakers discussed the state of affairs for new and different cultural groups.

Attendees chat about the event Nov. 18 at the School of Social Work courtyard. November's talk was for American Indian and Alaskan Native Heritage Month.

Guest speakers pose for a picture Nov. 18 at School of Social Work Courtyard. Event speakers discussed the state of affairs for new and different cultural groups.

A cedar bundle made by Alicia Crook, social work graduate student and advocate for American Indian rights, was passed around the table for attendees to smell Thursday at noon in the Social Work courtyard, highlighting the sacred plant used in prayer and medicine.

Smudging is creating smoke by burning the plant to lift their prayers into the sky, said social worker Annette Anderson from the Chickasaw Nation.

Jandel Crutchfield, Diversity, Equity and Inclusion director and assistant professor of social work, introduced Thursday Talks & Treats, an initiative by the School of Social Work, to acknowledge the multiple heritage months throughout the year.

November honors Native American and Alaskan Native Heritage Month and celebrates their resilience, according to the U.S. Department of the Interior Indian Affairs.

The event brings individuals from the community and student body together to share how social workers can address issues faced within different cultural groups.

“This is a way to get everybody in the School of Social Work talking about the state of affairs for these different groups,” Crutchfield said.

Social work sophomore Stephen Silva-Brave from the Lakota Nation shared stories of his grandmother, who came to Texas due to the Indian Relocation Act in the ’50s.

Connecting Native American children to the right homes in the foster system is an important issue because of the unique relationship between Indigenous people and the U.S. government, Silva-Brave said, referring to laws in the past that the government set to remove Indigenous people from their lands.

The events are designed for students and faculty to stop by, grab a treat and engage in the conversation between classes, Crutchfield said.

The monthly event will be held the third Thursday of every month in the Social Work courtyard from noon to 1:30 p.m. to continue celebrating events such as Black History Month and Women’s History Month, she said.

“There's nothing like seeing people that look like you or that identify with your heritage or your cultural group coming to campus, and to be able to form those connections,” Crutchfield said.