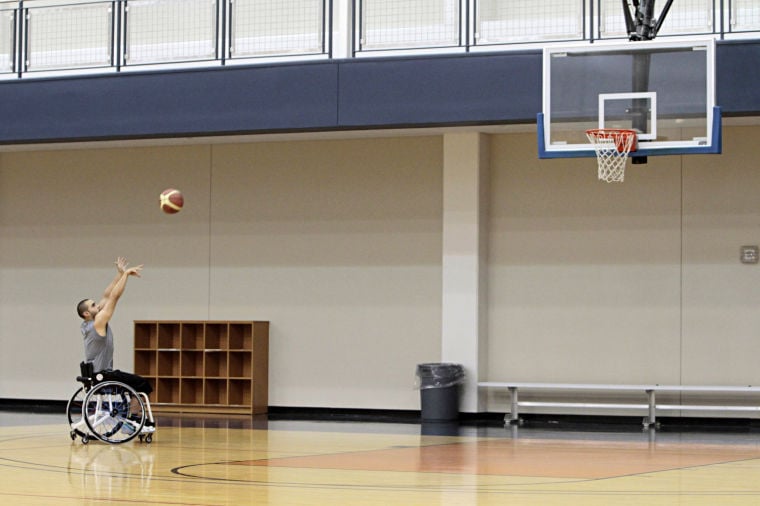 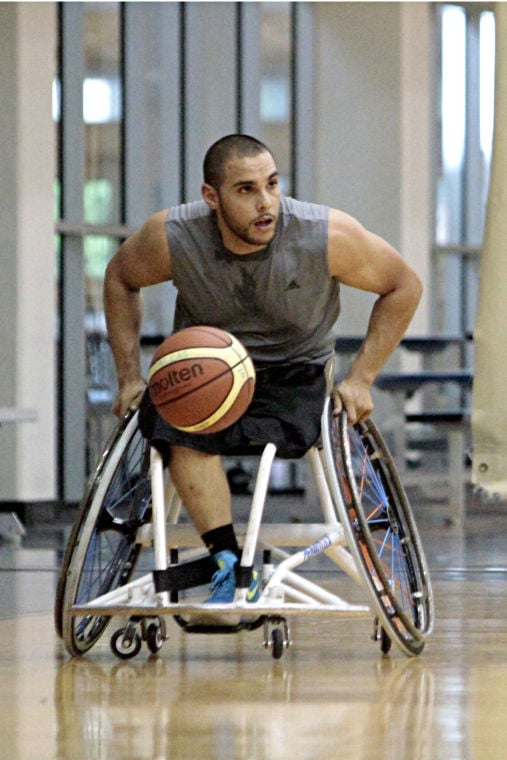 Movin’ Mavs fans have an opportunity to see more exciting wheelchair basketball as one current player and four UTA alumni compete with 13 other players in tryouts for the USA Men’s National team Thursday, Friday and Saturday at the Maverick Activities Center.

Head coach Doug Garner said the rest of the Movin’ Mavs have found extra motivation because Sanchez has the chance to compete internationally and also some of his other players are playing overseas this summer.

“Really kept a lot of the guys working in what might have been normally more of a downtime, more of an offseason period,” Garner said. “They really kept their training up at a more intense level.”

Garner said the tryouts will consist of some teaching from the Team USA coaches and 5-on-5 full-court scrimmages to find the most successful lineups. Referees will also be there to give the scrimmages game-time intensity.

The Movin’ Mavs lost to The University of Alabama 71-52 in the national championship game March 9 and Sanchez said although it was disappointing, he is pumped for the chance to compete at the international level.

“It has always been my dream to be on the U.S. Paralympic team, and to finally have an opportunity to win a gold medal, it would just mean the world to me,” Sanchez said. “I do this for my family. I do it for everybody who’s pushed me, that’s motivated me to be the best that I can be.”

Mike Paye is a former Movin’ Mav who graduated with a criminal justice degree in 2006 and now lives in Germany, where he plays wheelchair basketball at the pro level. Paye was also a member of the 2001 national champion Movin’ Mavs and has competed around the world since 2003, including in the 2008 Paralympics in Bejing, China.

Paye did not make the cut for Team USA last year but said he uses that as extra motivation to try and make the team in 2013.

“Nothing like playing on a team, you know,” Paye said. “It’s always an honor if you can make the team and wear USA across your chest.”

Paye said speed is the biggest challenge he has noticed during tryouts.

“Tryouts are crazy hard right now,” Paye said. “The speed is just so fast in what we have going on in the national team program. Really got to be ready to work hard for three days.”

The team will have an assessment session Wednesday and work on strength and conditioning before beginning three days of tryouts with three sessions a day at 9 a.m., 2 p.m. and 7 p.m. at the MAC.

The 18-man roster that remains on Team USA will be trimmed to 12 before leaving for the 2013 Americas Cup in Bogota, Colombia, which begins Aug. 4. Team USA will play against other countries such as Mexico and Brazil to be one of four teams that will advance to the World Championships in 2014.

“This is the top players in the U.S. coming out,” Garner said. “So, if someone would like to come watch some really high-level wheelchair basketball and see some of our alumni come back, it’s a great opportunity.”