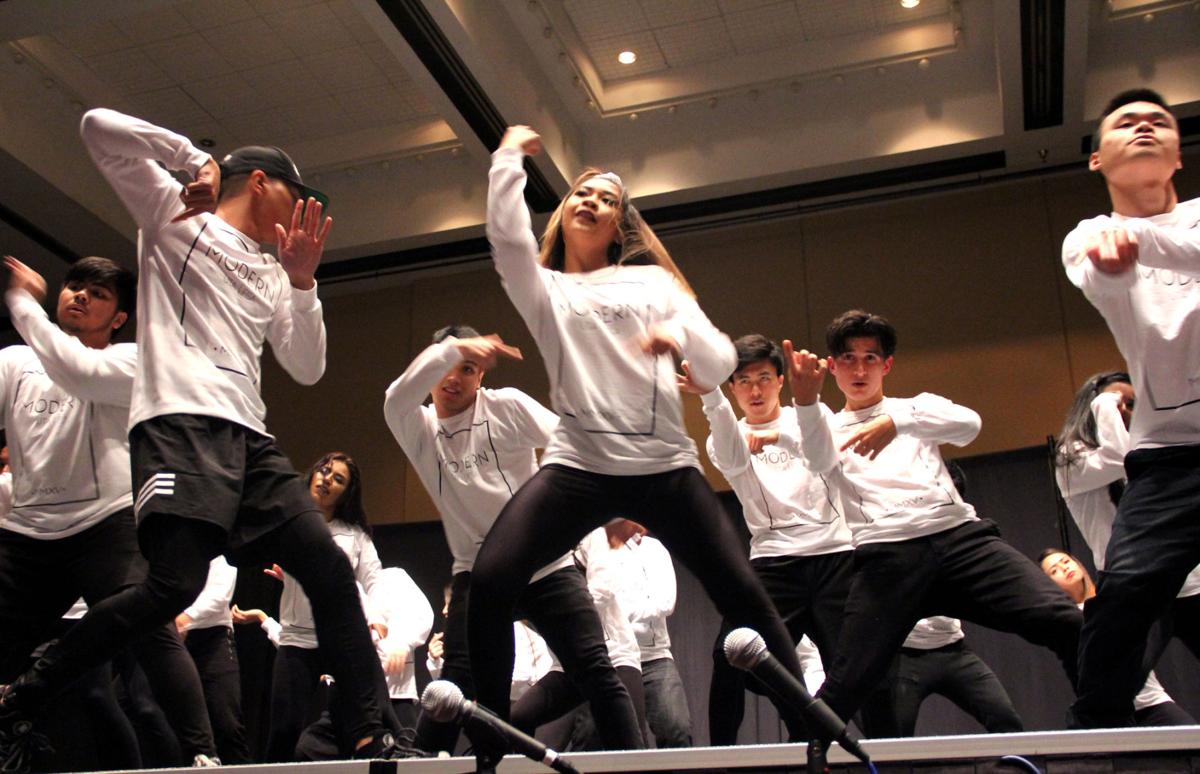 Filipino Student Association performs during One Night in Asia on Tuesday in the Bluebonnet Ballroom. 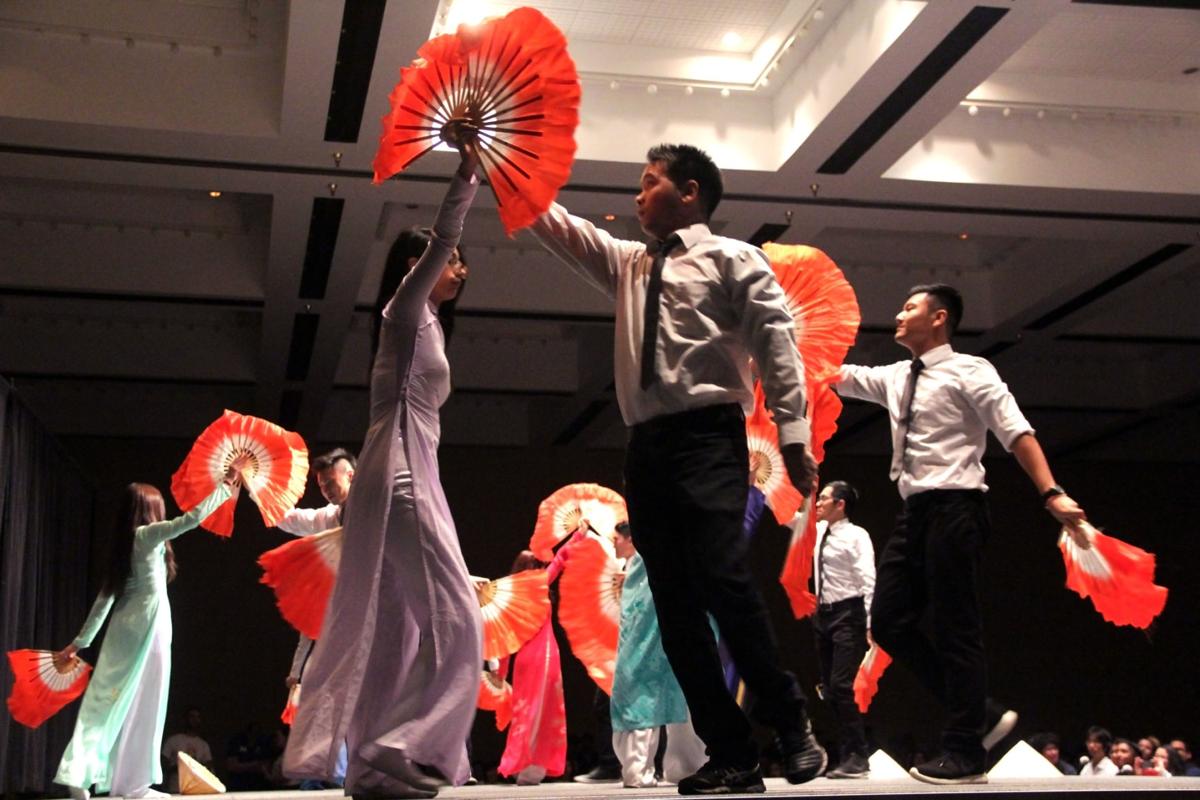 Students from the Vietnamese Student Association dance during One Night in Asia on Tuesday in the Bluebonnet Ballroom. 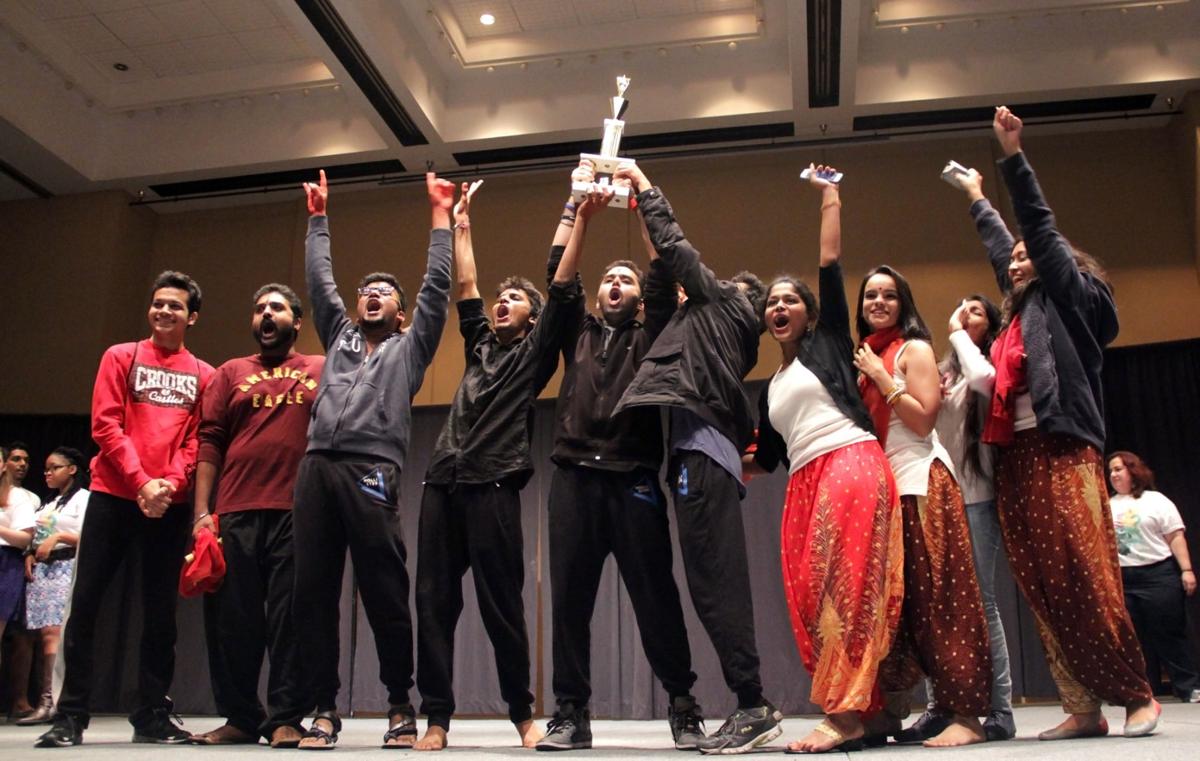 Indian Cultural Council won first place in the large group category during One Night in Asia Tuesday in the Bluebonnet Ballroom.

Filipino Student Association performs during One Night in Asia on Tuesday in the Bluebonnet Ballroom.

Students from the Vietnamese Student Association dance during One Night in Asia on Tuesday in the Bluebonnet Ballroom.

Indian Cultural Council won first place in the large group category during One Night in Asia Tuesday in the Bluebonnet Ballroom.

Dancing, singing and skits were on display in the University Center Monday.

This year’s One Night in Asia event brought out multiple UTA Asian and Indian organizations to perform for hundreds of students. The event is part of Asian Heritage Month, which began Nov. 1 and ends Nov. 30.

The event gets the energy started for the rest of the month, said Kaitlyn Lightfoot, Asian Heritage Month chairwoman.

“It’s the event that everyone looks for every year,” she said. “It kind of brings that really good beginning of just, this excitement, this culture, everything about Asian Heritage Month that kind of makes it live.”

Asian Heritage Month is important for students so they can gain an understanding and respect for Asian heritage, Lightfoot said.

The Bluebonnet Ballroom banquet room has a maximum capacity of 528 people, according to the UTA website.

The event was made into a competition to make it better than it already was, Lightfoot said.

“Really making kind of this tense atmosphere of, like, you’re really going out and you’re not just performing, but you’re competing,” she said.

Lightfoot said making the event a competition brought a great response from the performers and audience.

“They loved that little bit of excitement that there wasn’t before,” she said.

Information systems junior Anthony Nguyen said he thought that it being a competition was cool because they hadn’t done it before.

Linguistics junior Brittany Cano said she attended the event to show support for her friends who performed.

Cano said the event was more cultural this year than in past years.

“It’s a really good refresher when you see them all come out and do more traditional things,” she said.

“They both were really in sync," he said. "It was really hyped. Everybody loved it,” he said.

Students like the event because it shows a part of campus that students don’t get to see often, Lightfoot said.

“Whether they want to show, ‘This is my culture,’ or ‘This is who I am,’ it brings them this aspect that they get to get that void out and get to show everyone on campus,” she said.

Lightfoot said the focus of this year’s Asian Heritage Month is focusing on every part of Asia and expanding students horizons.

“I guess getting the diversity, the knowledge and the culture out,” she said.

One Night in Asia brings culture to UC

The Multicultural Mavericks hosted the fifth-annual One Night In Asia talent showcase as a part of Asian Heritage Month.