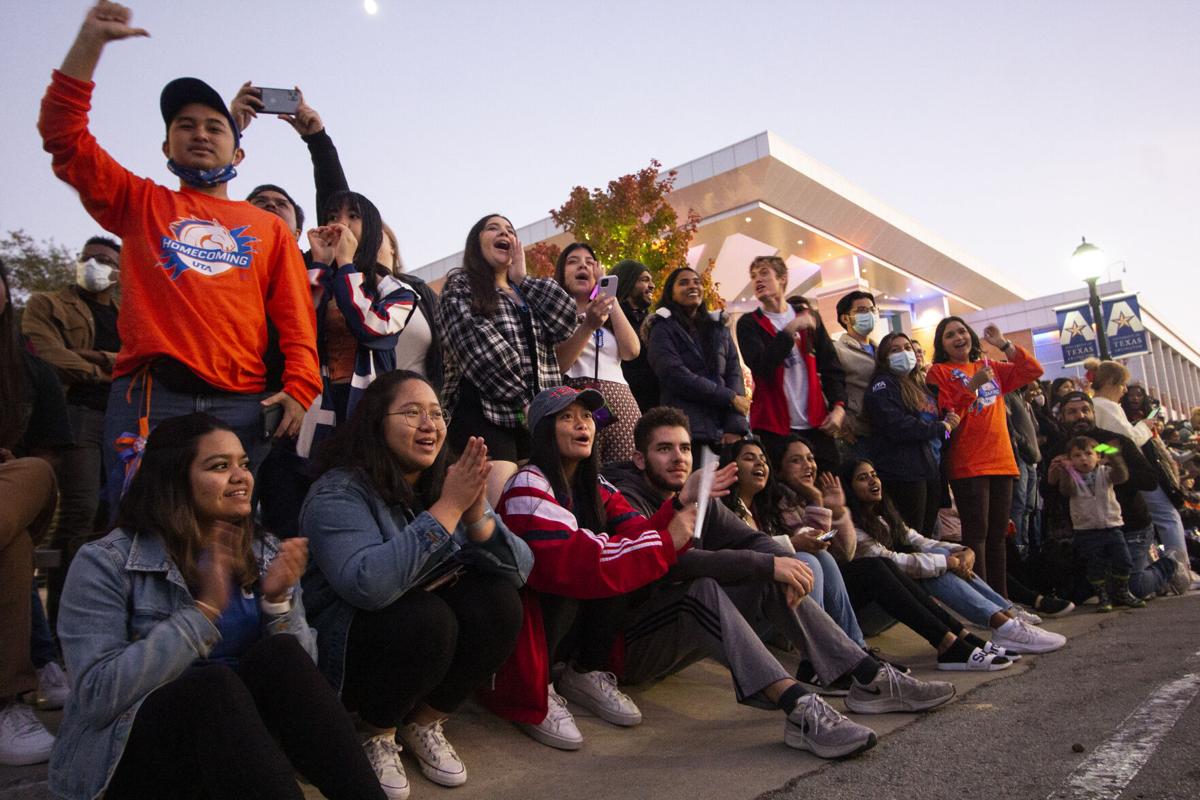 Attendees cheer during the Homecoming Parade on Nov. 13 on Spaniolo Drive. A street festival took place before the parade. 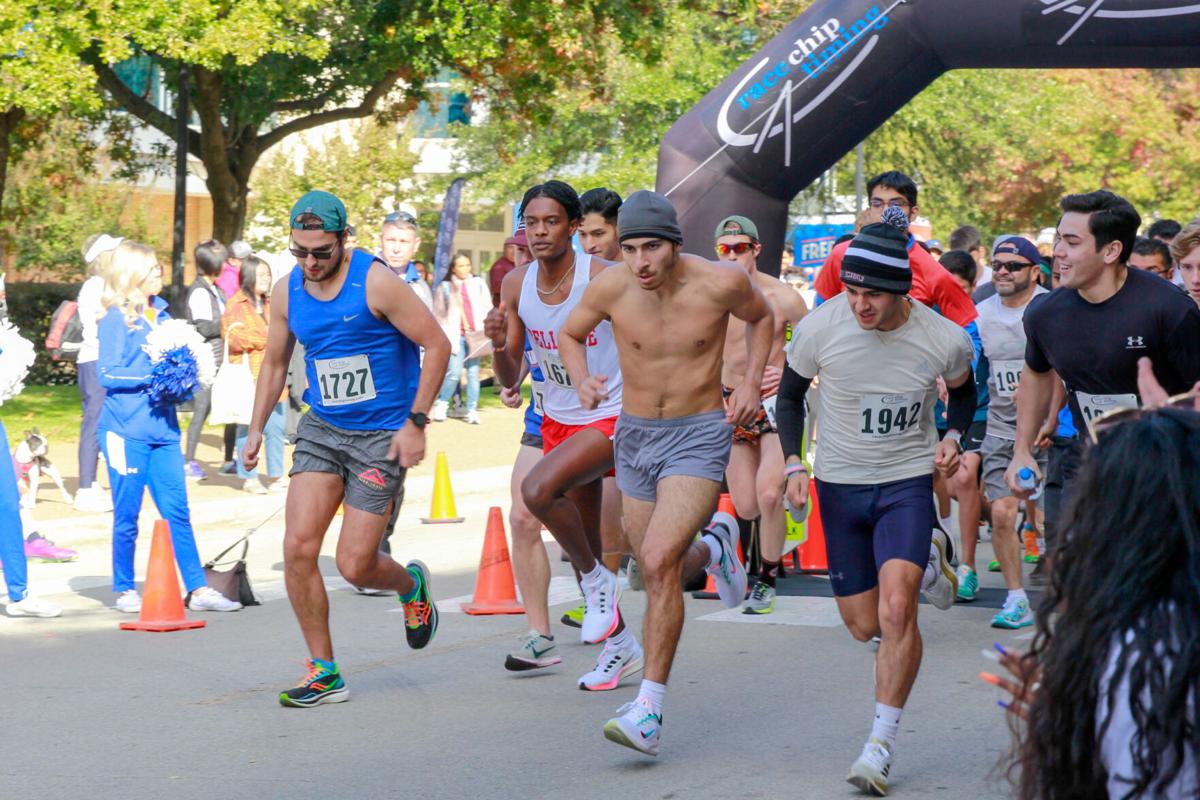 Runners take off at the Homecoming 5K on Nov. 13 outside of the Maverick Activities Center. Proceeds from the event benefited the Emergency Assistance Fund. 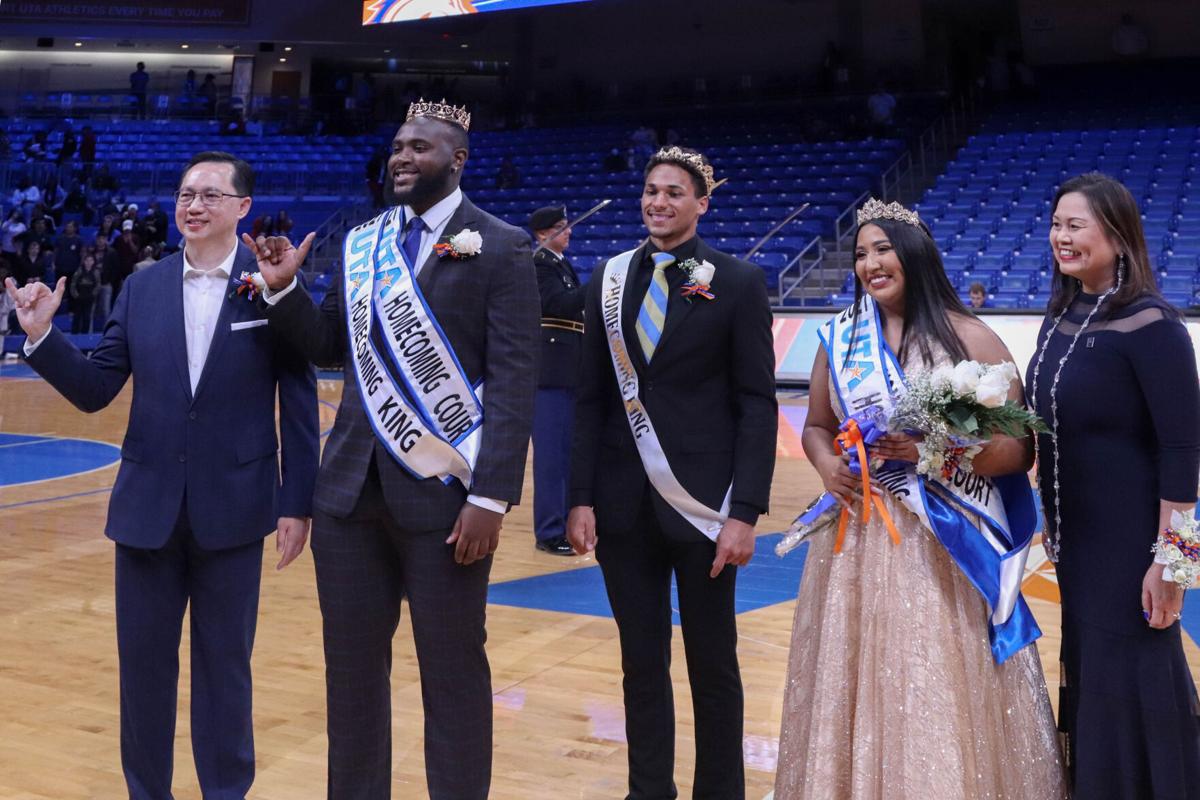 Attendees cheer during the Homecoming Parade on Nov. 13 on Spaniolo Drive. A street festival took place before the parade.

Runners take off at the Homecoming 5K on Nov. 13 outside of the Maverick Activities Center. Proceeds from the event benefited the Emergency Assistance Fund.

Homecoming returned to campus Saturday with events like the Homecoming 5K, Street Festival, Parade, pep rally and the coronation of Homecoming king and queen at the men’s basketball game.

Homecoming was postponed last year due to the pandemic. Instead of a traditional celebration, the university offered spirit displays for students to take photos with and a virtual Homecoming coronation.

Running through campus during the Homecoming 5K, Joe King, class of 1986 alumnus, saw buildings he previously took classes in but also new additions to the university.

“Being an alumni, I had a connection to this race,” King said. “And it’s fun to run through a campus instead of just on a street somewhere.”

Virgilio Martinez, class of 2016 alumnus, crossed the finish line first with spirit groups flanking the sides of the street to cheer for him. He placed first in 2019 as well, he said.

“I want to come out here and support and hopefully bring this tradition even higher, so I'll come out and run every year,” Martinez said.

All proceeds from the event will go to the UTA Emergency Assistance Fund, according to previous Shorthorn reporting.

The UTA Wranglers made appearances at several of the Homecoming events.

Jolie Lyssy, nursing junior and UTA Wranglers member, said she joined the group because she likes hyping people up and spreading spirit.

No cars drove down Spaniolo Drive in the afternoon. Instead, Mavericks filled the street for the Homecoming Street Festival. Attendees ate popcorn, took photos at the photo booth and played carnival games.

“Homecoming’s great, especially after the pandemic,” Nguyen said. “Everybody was so ready to [be] back on campus.”

Floats from various departments and student organizations filled the Homecoming Parade. Mayor Jim Ross rode in a car and waved to the public.

“I think the students [and] the faculty need to know that the city of Arlington is behind them, that we appreciate them, we love them, we respect them,” Ross said.

During the pep rally in front of College Park Center, interim President Teik Lim said while the past year has not been easy, UTA achieved Texas Tier One designation and received the Texas Higher Education Coordinating Board’s Star Award for the university’s COVID-19 efforts.

White, blue and orange confetti littered the street as the crowd moved into College Park Center for the men’s basketball game against the University of Mary Hardin-Baylor.

The Mavericks dominated their competition to win the homecoming game 104-75. Social work senior Zachary Sanso and Thaiss Loaeza, criminal justice and Spanish junior, were crowned UTA’s 2021 Homecoming king and queen at the end of the game.

Sanso said he was happy and excited when he won. He plans to wear his crown Monday.

“I feel like I would like [the crown] more if I had a little bit of hair, it’s kind of scratching my scalp,” he said.

Loaeza said she had to double check when she was named Homecoming queen. She said she was excited to spend the rest of the evening with her family and friends.

“I can’t wait to talk with everyone and just thank them for supporting me and being with me through this journey,” she said.