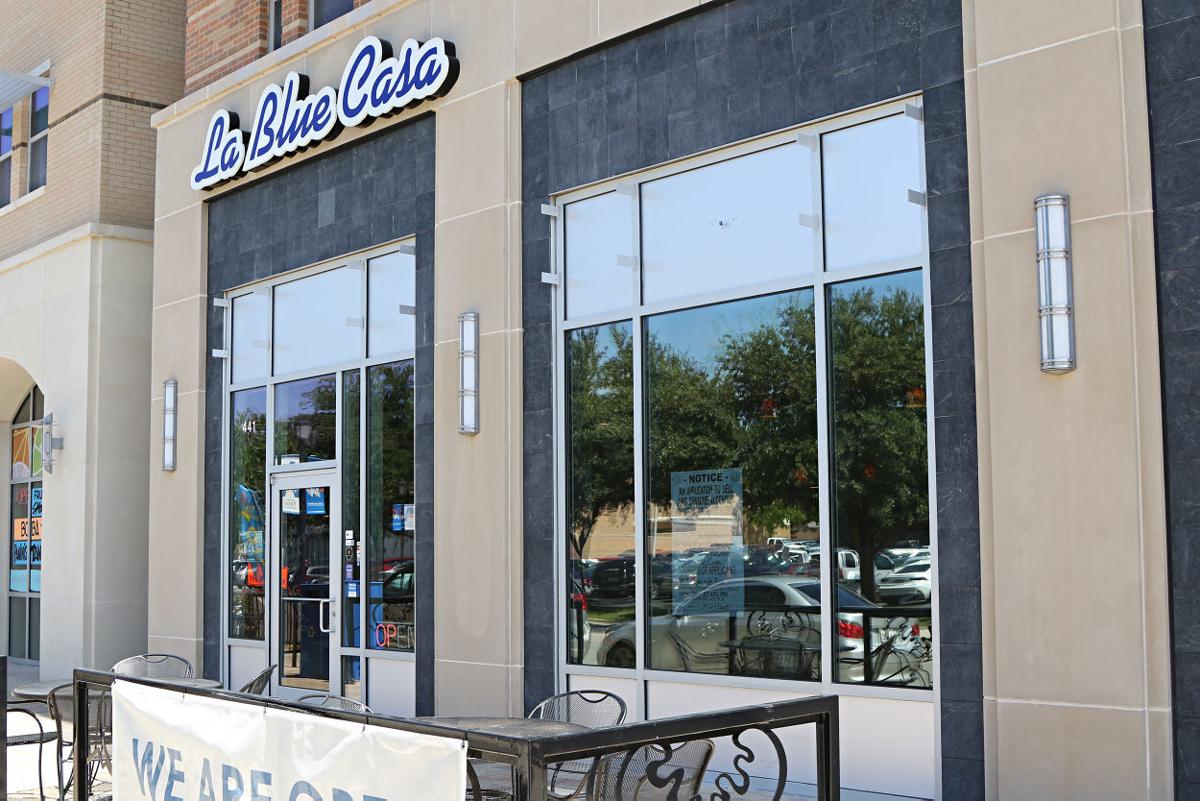 La Blue Casa made an announcement to convert their food options to vegan-friendly dishes in September of 2015. The restaurant closed as of late 2015, but left several of its employees unpaid. 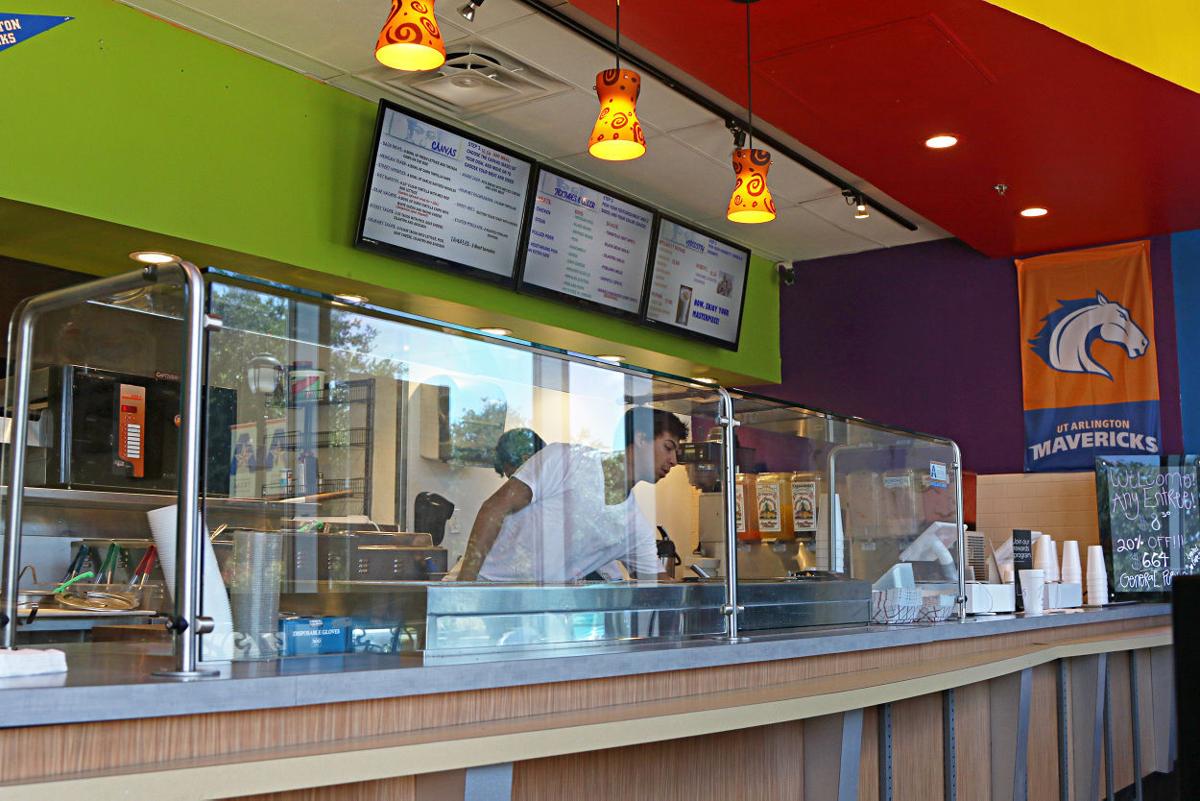 La Blue Casa workers prepare customer’s food during September 2015. The restaurant closed as of late 2015, but left several of its employees unpaid. 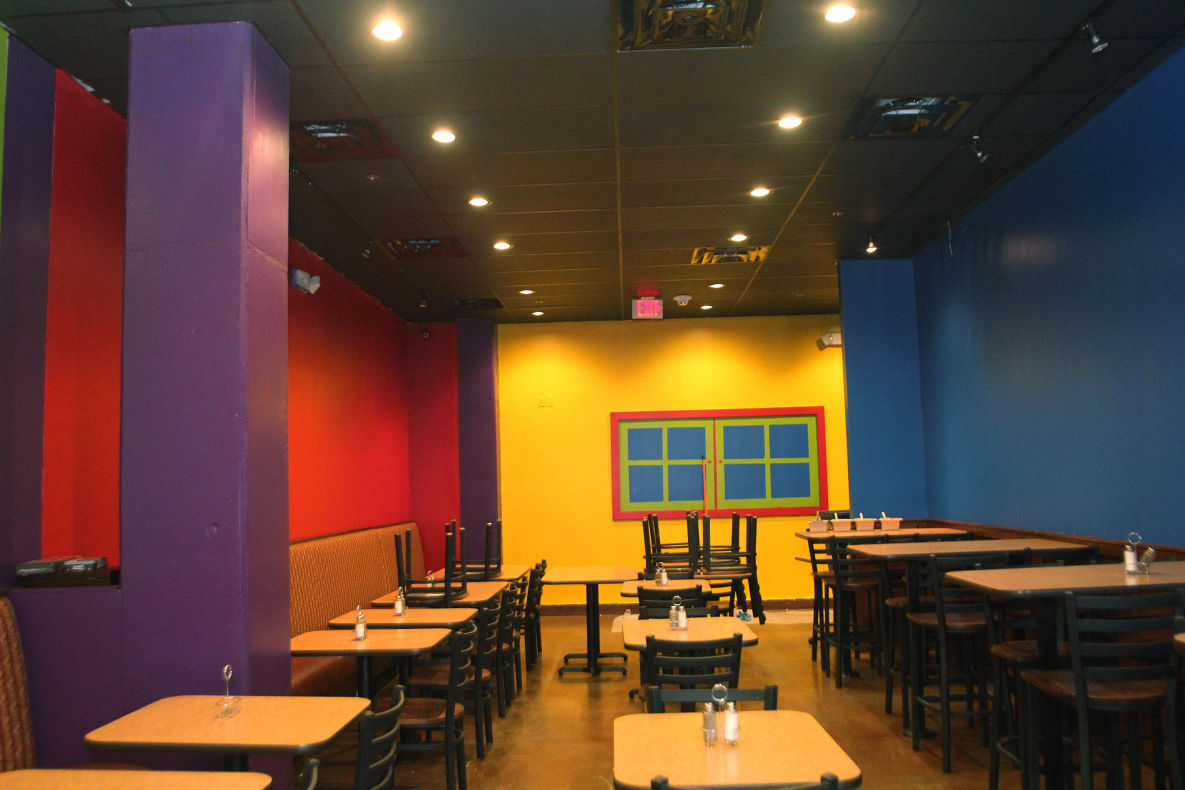 Before opening, La Blue Casa was set up to serve its first customers in March 2015. The restaurant closed as of late 2015, but left several of its employees unpaid.

La Blue Casa made an announcement to convert their food options to vegan-friendly dishes in September of 2015. The restaurant closed as of late 2015, but left several of its employees unpaid.

La Blue Casa workers prepare customer’s food during September 2015. The restaurant closed as of late 2015, but left several of its employees unpaid.

Before opening, La Blue Casa was set up to serve its first customers in March 2015. The restaurant closed as of late 2015, but left several of its employees unpaid.

Closing the doors to diners has not brought an end to problems for a College Park District Mexican food restaurant.

Attur outlined her financial situation following the La Blue Casa closure in the only email sent to The Shorthorn on March 8. In the email, Attur said she had nothing more to say about the situation. The Shorthorn made repeated additional attempts to contact Attur by phone, email and social media to further clarify claims made by employees, but was unsuccessful.

“We struggled a lot with the restaurant because we didn’t even break even. We were losing money every single day we opened the door once we started the summer months,” Attur said. “Unfortunately, the business never increased and we were never able to come out of debt, and also, we were unable to clear our employee’s past dues.”

Hassan said he was promised $8 an hour by the owners and was scheduled to work mainly in the mornings as a prep chef. He said he worked about 18 hours a week while employed by La Blue Casa.

Hassan said at first he was paid by check, though not always in full. It was around May that the pay became more erratic, Hassan said.

Gupta said he was only given one paycheck for $55 and afterwards was only paid piecemeal in cash.

“They kept claiming that business was slow, that there wasn’t enough money, not enough cash flow,” Hassan said.

Gupta said the situation got progressively worse as he and his coworkers started asking more often for their money.

When employees began asking for their back wages, the owners said they could not pay back the wages in full, Gupta said.

Attur offered employees a written agreement that promised back a portion of the wages owed to each employee, Gupta said.

Hassan said he received his copy of the agreement after the restaurant had closed for renovations in December. The agreement, which was provided to The Shorthorn by Hassan, proposed to pay Hassan $1,237.72 over 19 months broken into two periods, but it was only in effect as long as the restaurant remained open for business, according to the agreement.

Any employee that signed the document would be prohibited from saying or doing anything that would harm the name of La Blue Casa in any way, according to the agreement. If this clause were violated, it would render the contract null and void.

Hassan said he started seeking help from the university’s Office of International Education after he encountered problems with receiving wages.

“Much like with all UTA students, we are interested in helping students secure legal employment that will further their career goals,” said Jay Horn, Office of International Education Executive Director, in an email.

To help with his financial situation, Hassan said, the university gave him options for aid, such as the Emergency Assistance Fund. Hassan said he applied for the assistance fund online by filling out a form detailing living expenses and other necessary costs of living. After a 10 to 15 day approval period, Hassan received $350 of aid to cover living expenses for one month, he said.

In an email sent to former employees in December, Attur said La Blue Casa would have to close and file for bankruptcy, citing back rent owed to the university as well as an inability to solve the payment issues with employees.

According to section 19 of Chapter 61 of the Texas Labor Code, known as Texas Payday Law, an employer commits an offense under subsection A of section 19 if, at the time of hiring, the employer intends to avoid payment of wages owed to an employee and fails after demand to pay those wages.

An employer commits an offense under subsection B of section 19 if they intend to avoid payment of wages owed to an employee; intend to continue to employ the employee; and fails after demand to pay those wages.

Any employee in the state of Texas, regardless of legal status, may file a claim with the Texas Workforce Commission for owed wages. Claims for owed wages must be filed within 180 days after the wages were due. Claims may be filed in person at the office of the commission by mail, by fax or by using an online form.

An employer commits a separate offense for each pay period during which the employee earns wages that the employer fails to pay under subsection B of section 19. Each charge under subsection B is a third degree felony according to the Texas Labor Code, which is punishable by two to ten years imprisonment and a fine of up to $10,000.

“Friends would tell us to go to the police or hire a lawyer to file a case against them, but as international students we didn’t know how to do that,” Hassan said.

“We had to file bankruptcy since our red numbers were too deep,” Attur said. “We learned the hard way, but learned after all.”

Hassan said he has little to no expectation to receive his lost wages from La Blue Casa.

I had a similar issue. All the former employees should file a claim with the Texas Workforce Commission: http://www.twc.state.tx.us/jobseekers/texas-payday-law

Also, you should have never signed a contract with these buffoons...Did the owners actually have an attorney draft it up, or was it an amateur, casual agreement typed up? I wouldn't be surprised if the owners wrote that "contract" in crayon and had you sign it, judging by their tastes in interior design...

For the employees looking to fight this - UTA nor the police will do anything for you. And an attorney will probably cost too much money, unfortunately, to just retrieve 1200 bucks. I recommend reporting these bastards to the Texas Workforce Commission.

No surprise here. I could have told you this would have failed way before they wasted their money....

They took a risk. Personally I say give them a break and just let it go. I'm sorry the restaurant didn't work out. But stop being a jerk when you know they were taking a risk opening it. They obviously knew there was no money being made but they stayed on. You took a risk staying there. So give them a break and let it go! If you decide not to that makes you a pathetic excuse for a human. In my personal opinion you wanted them to make it.

They were not paid. The company are jerks because they never paid their employees money. That is cruel. You Dont do that to people. It iant their fault. Maybe when you start working you will learn. You have the same mentality those owners of blue casa have.