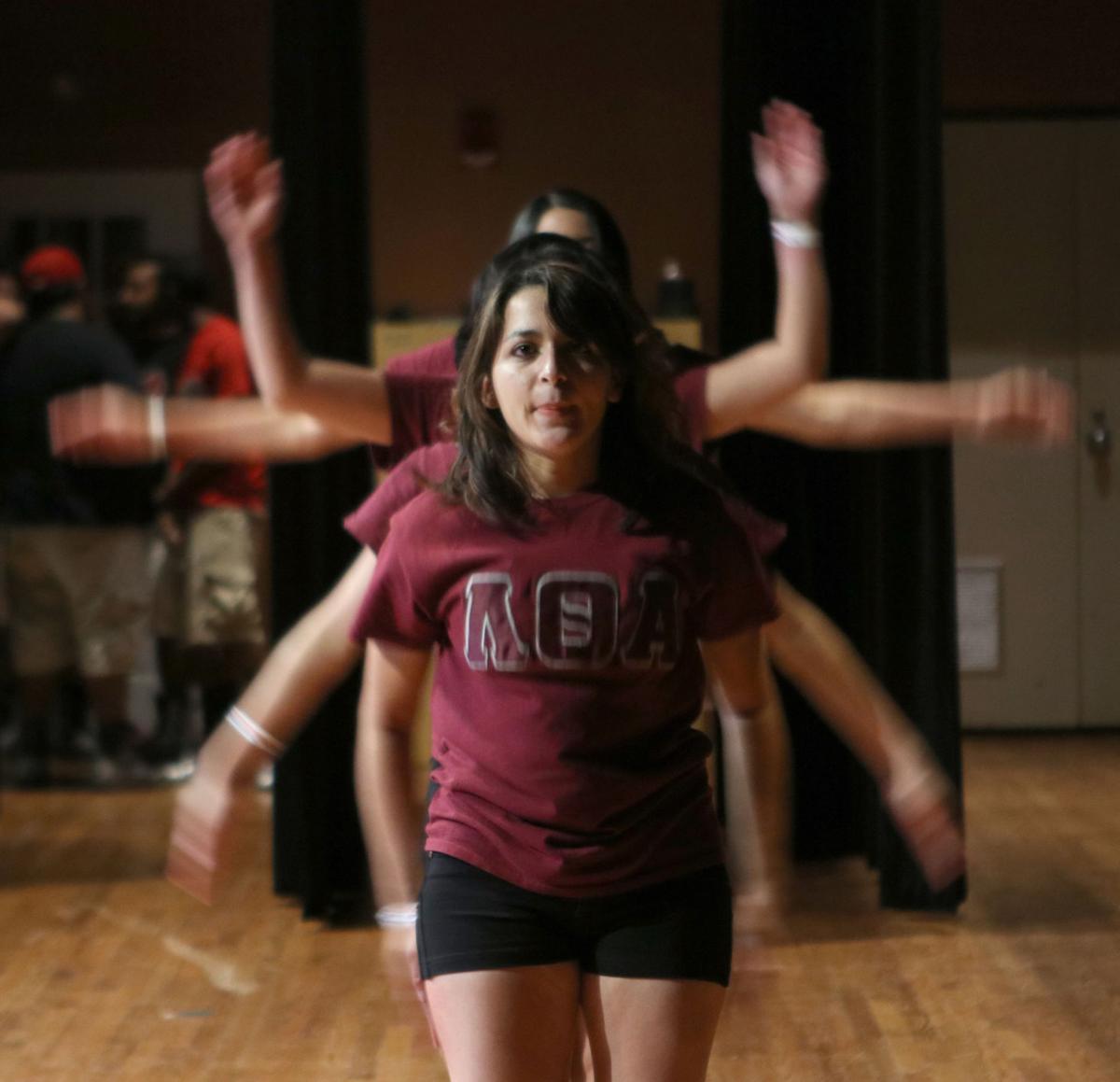 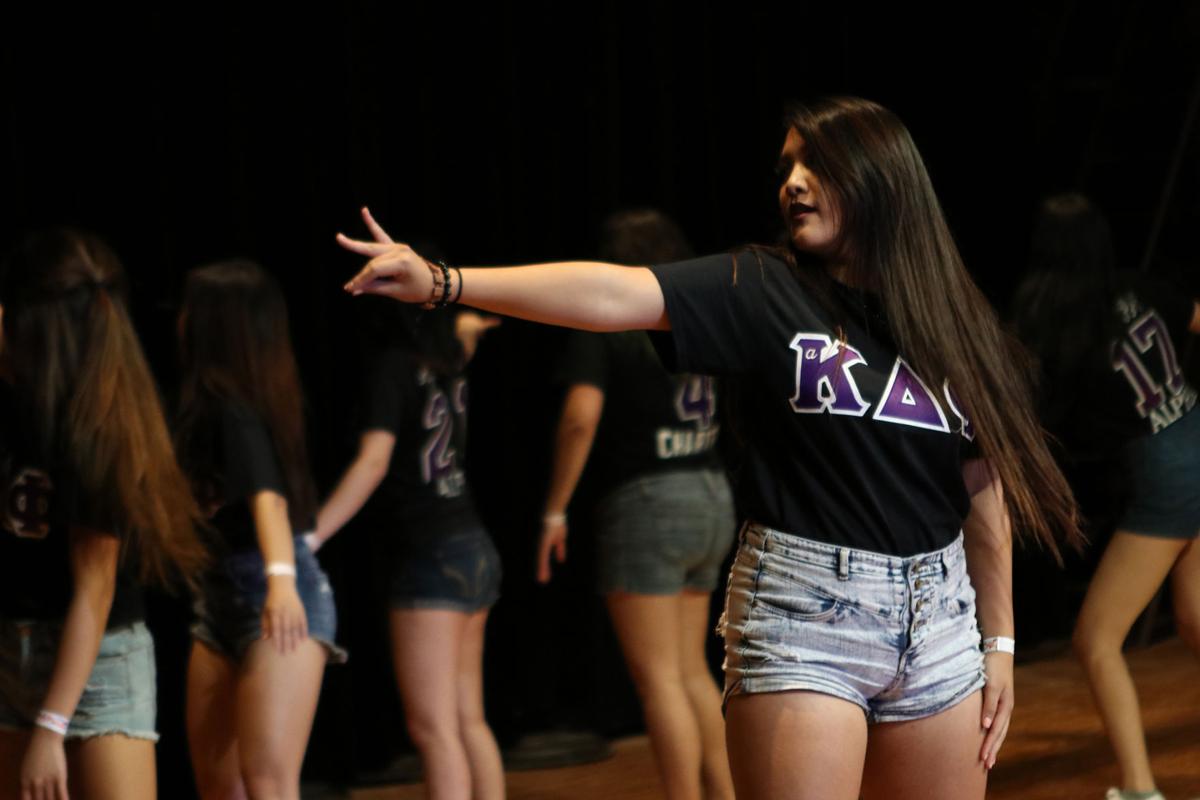 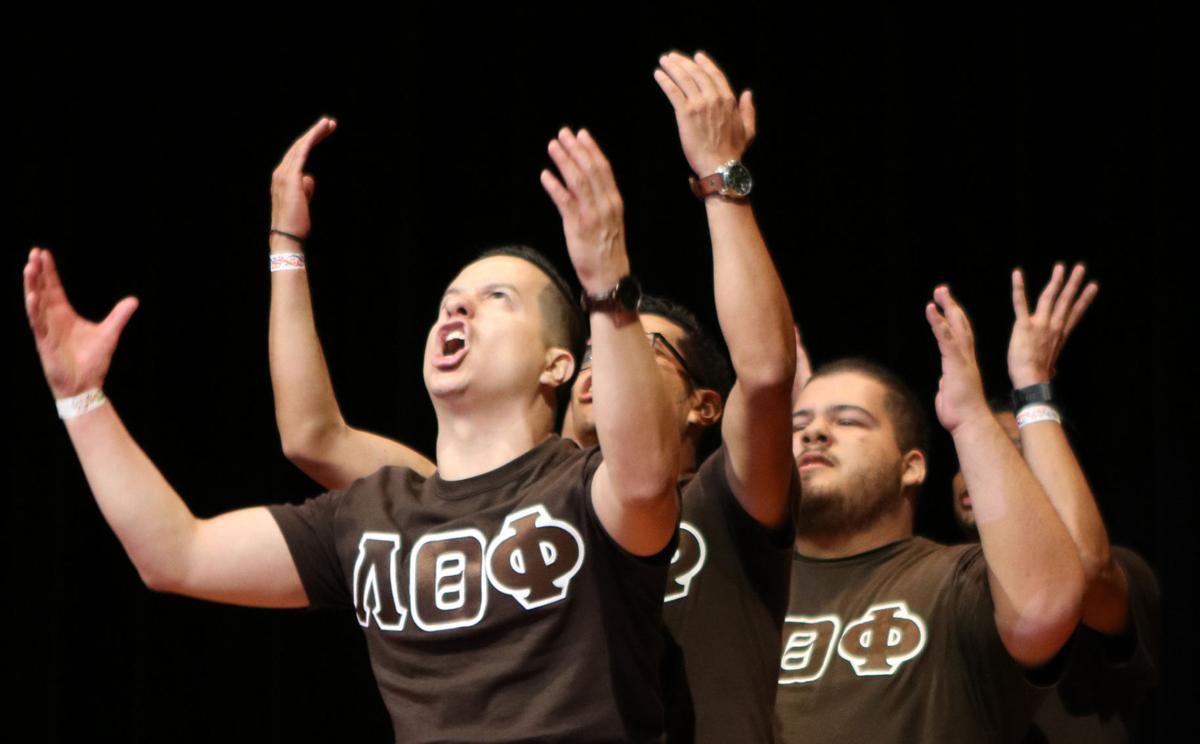 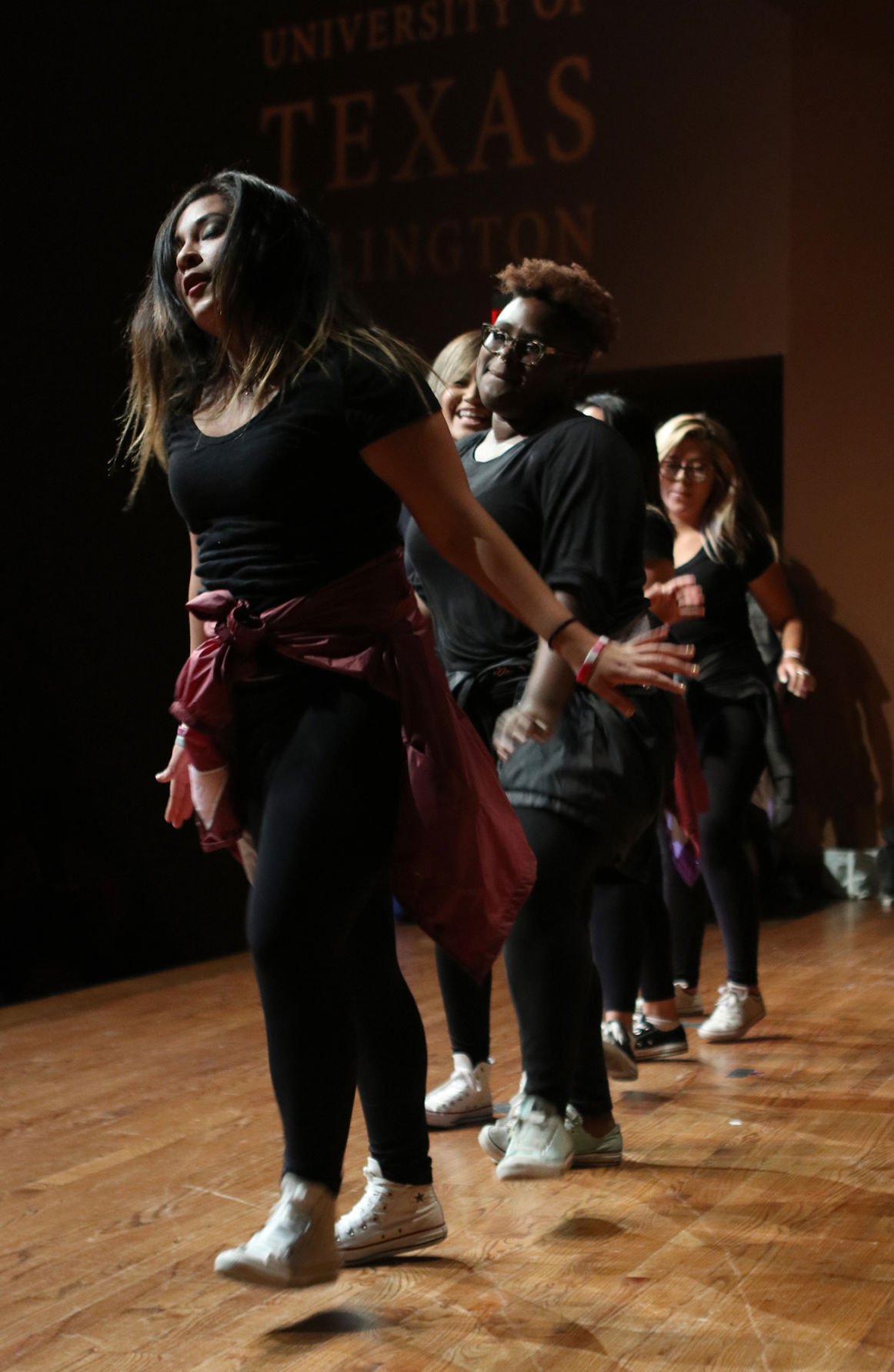 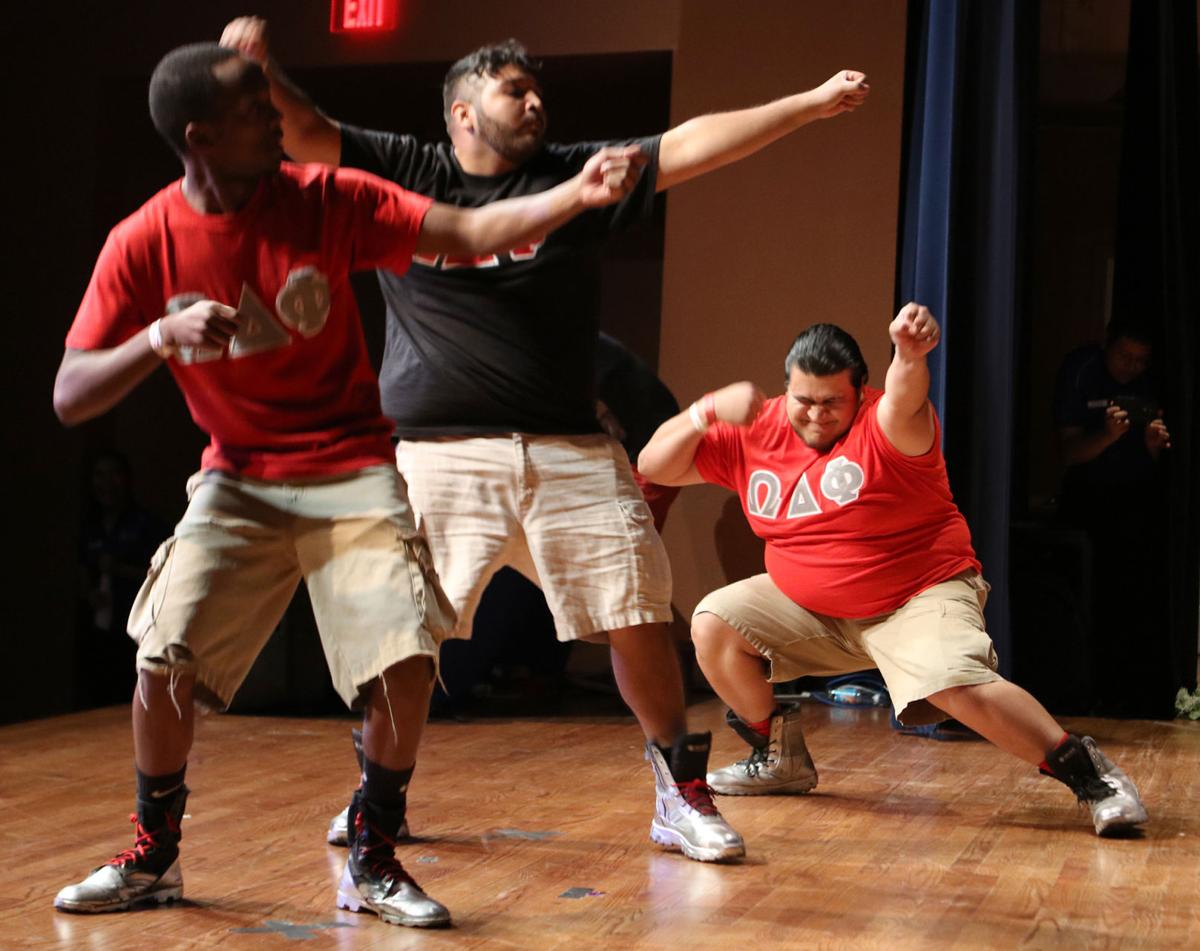 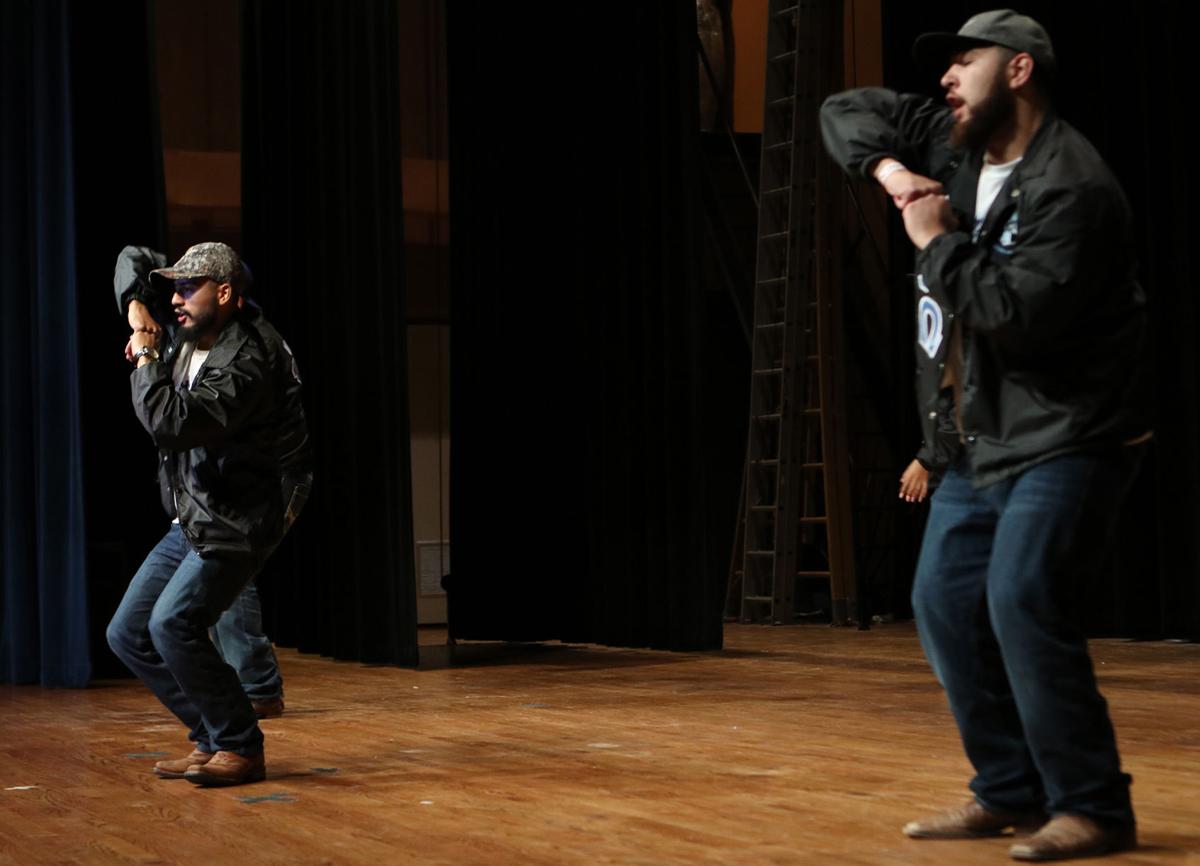 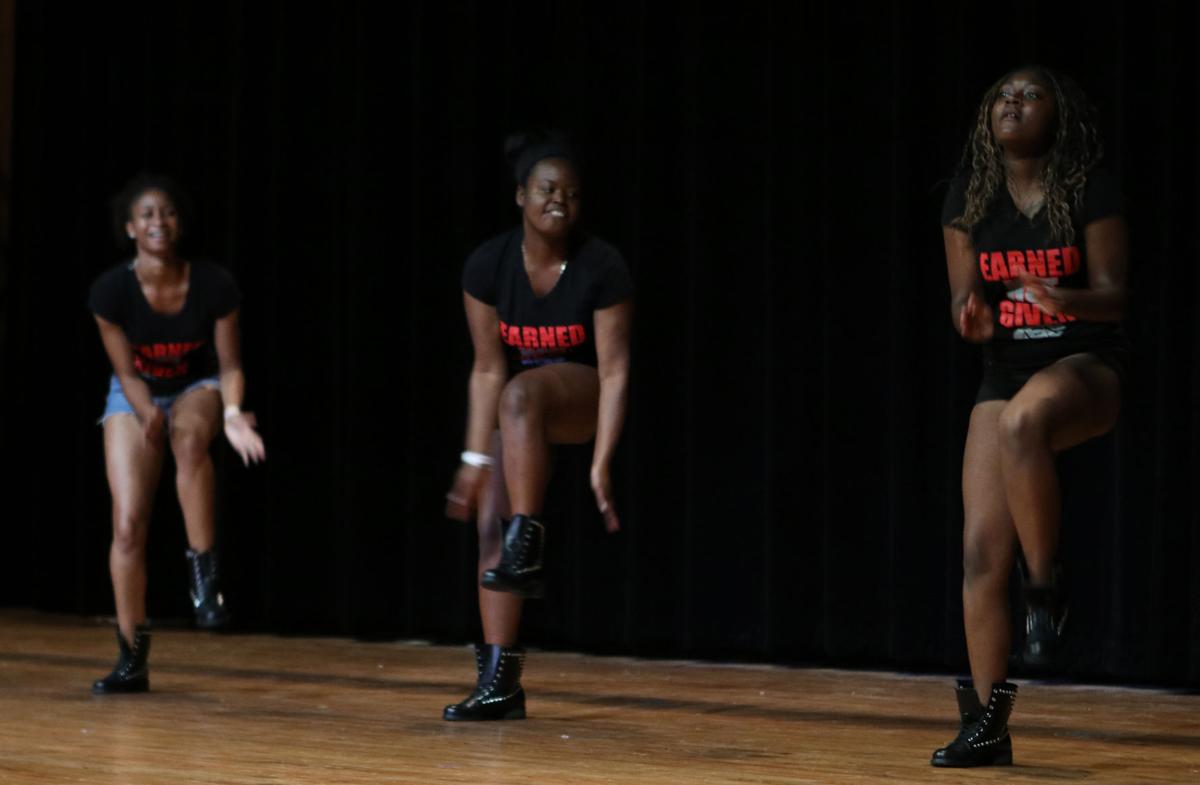 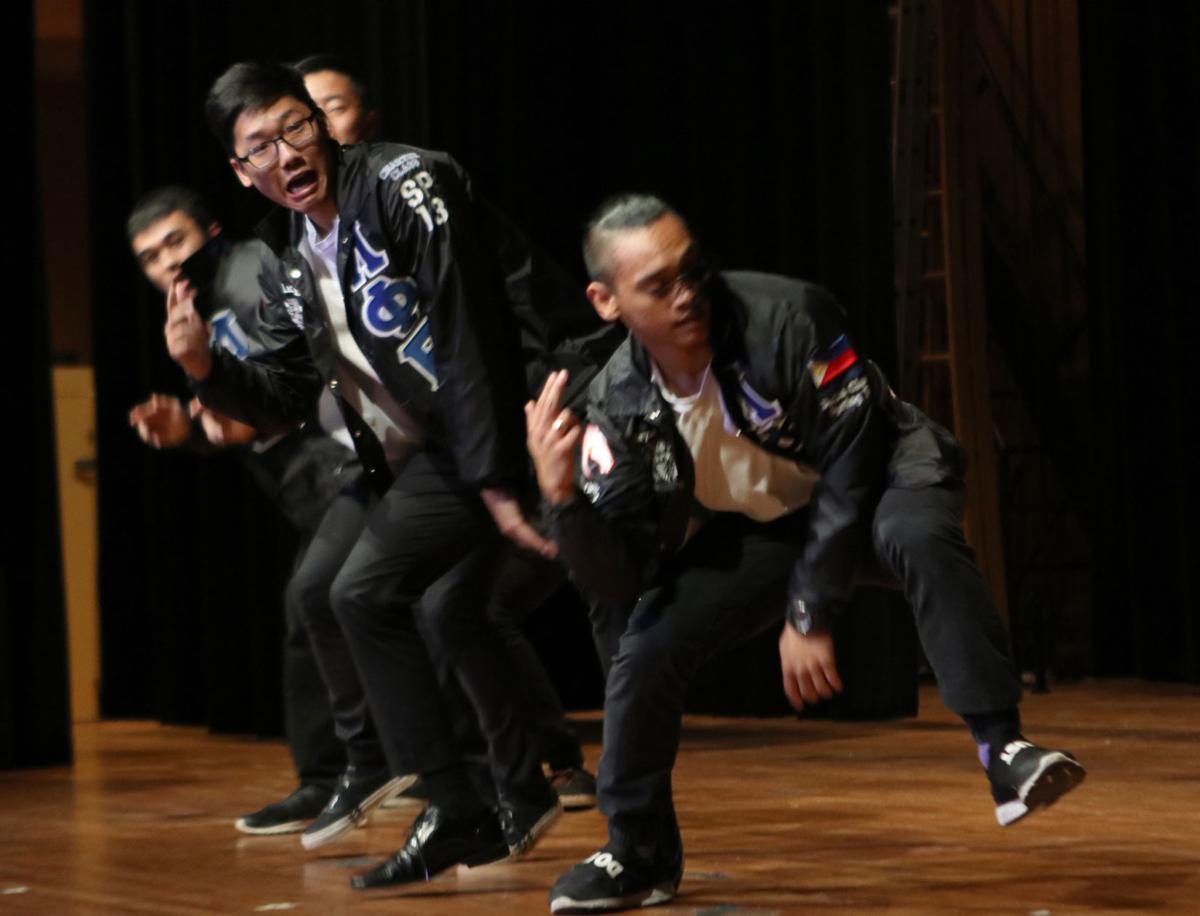 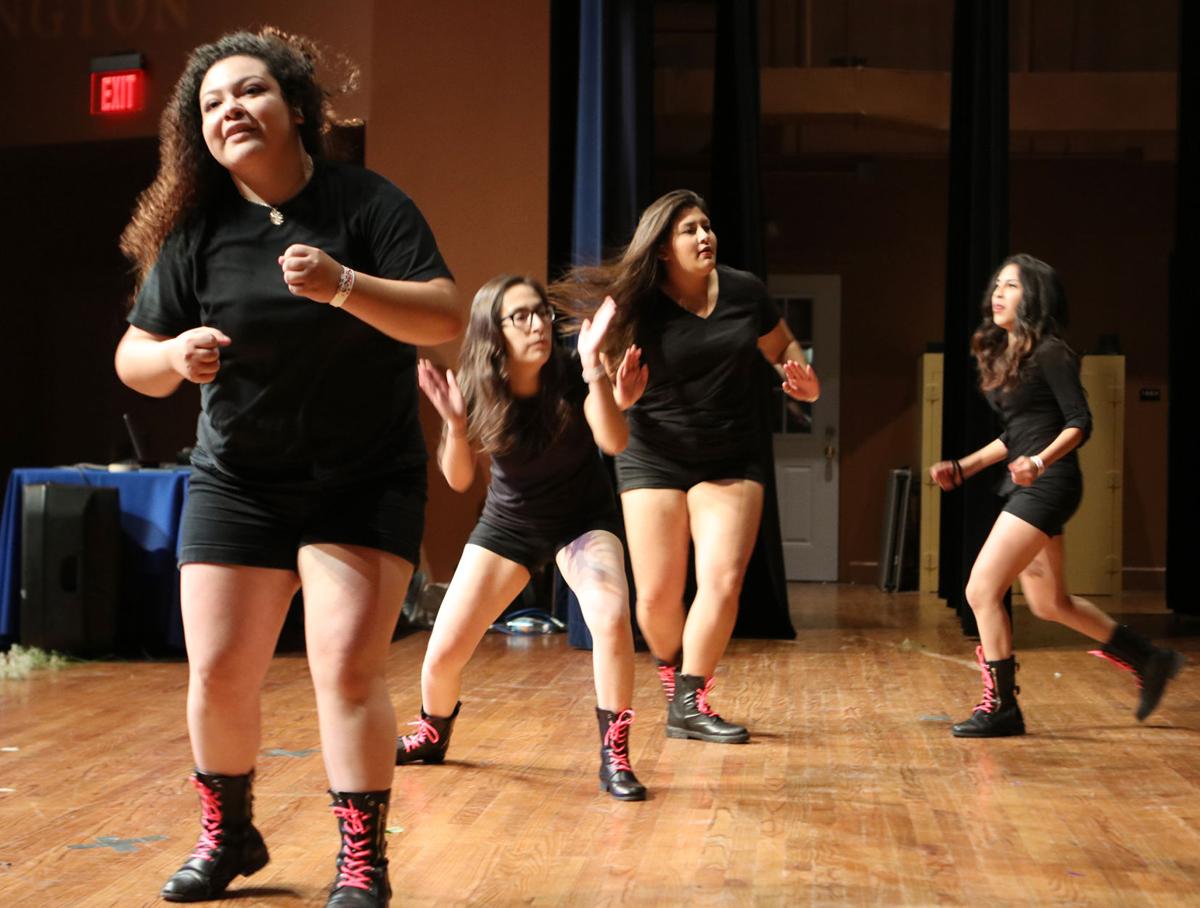 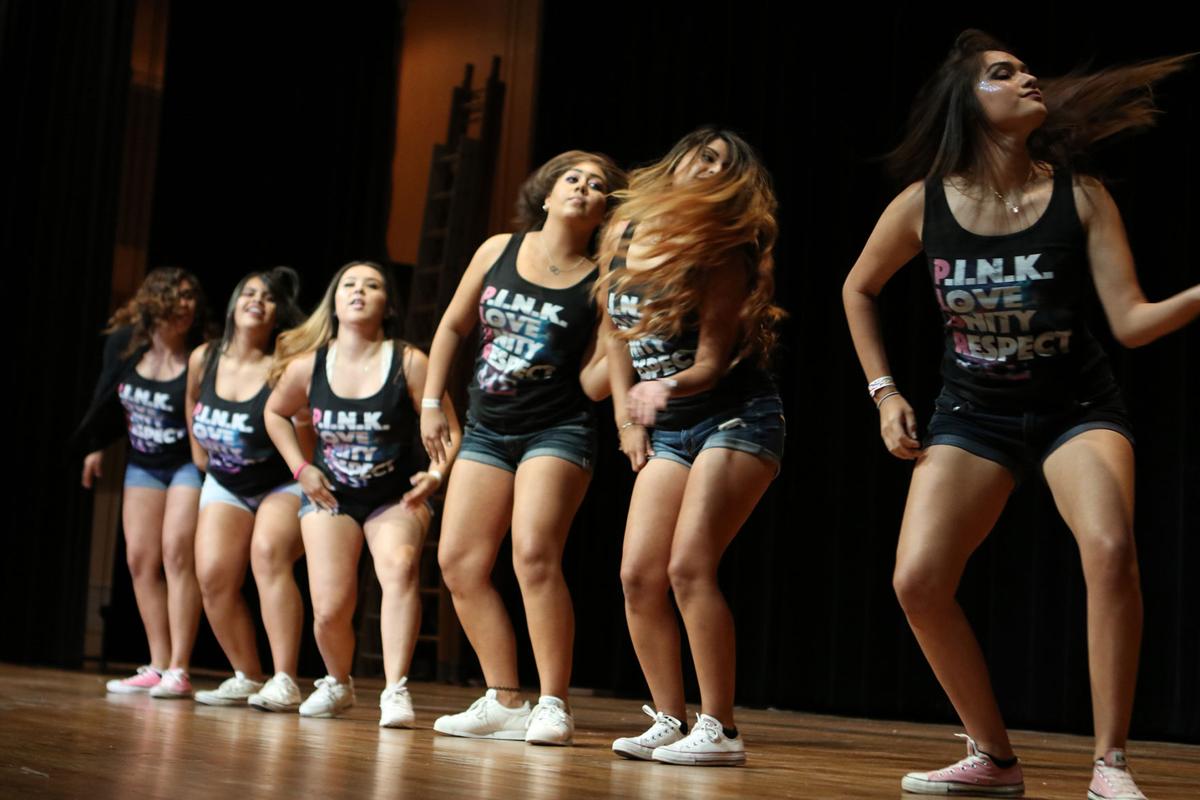 The 10 chapters under Multicultural Greek Council gathered in the theater with whoops and hollers as the DJ played a variety of bass-heavy music. About 400 individuals filed in to see what each chapter had to offer.

“This is a great way for us to get our name out there,” biology senior Megan Chou said.

Chou is a member of Alpha Kappa Delta Phi International Sorority Inc. She said the event shows what each chapter is about.

Each of the 10 groups had their turn in the spotlight on stage to show their passion and energy.

The audience’s energy was contagious as they anticipated the presentation of each group. House lights dimmed, leaving only a single spotlight on the curtains. The crowd hushed, the curtain opened, and the crowd erupted when the first group was announced.

A huge applause rang out as the women of Alpha Kappa Delta Phi sat in a crouched position, waiting for the music to start. They wore black shirts with purple letters and denim shorts. The music started, and they began to dance.

The sorority was founded in February 1990 with the purpose of bonding through sisterhood, developing leadership skills and giving back to the community.

Delta Alpha Omega men entered the stage from behind the curtain wearing jeans and boots paired with matching jackets. The five chanted their name and stomped and clapped in unison.

The chapter goes by the nickname “Da Omegas.” The members strive to better themselves and their community. The group was established in 2001 at UTA.

The chapter was established in 2004 at UTA. Stephanie De La Rosa, nursing junior and Delta Alpha Sigma member, said the sorority prides itself on trust, honesty and respect.

Lambda Theta Phi Latin Fraternity members call themselves “lords of discipline.” They entered the stage in a row and saluted the audience.

The UTA chapter was established in the spring of 1999. Members focus on culture, brotherhood, unity and pride, finance junior Edgar Esparza said.

The “Xi Honeys,” as they are known around campus, wore black T-shirts with red writing as they danced on stage.

Lambda Phi Epsilon men walked on stage in matching jackets. On their backs were nicknames for each member. They yelled into the audience, and the crowd responded with shouts of the fraternity’s name.

The UTA chapter was established in 2013. They focus on philanthropy and hope to have events on campus soon, biology senior Randy Nguyen said.

Entering the stage with a “Whoop, whoop,” Kappa Delta Chi members danced wearing black shirts and pants with jackets tied around their waist.

The group was established nationally in 1987. Members focused their energy on unity, sisterhood and leadership.

Lambda Theta Alpha Latin Sorority women wore maroon shirts as they chanted with their sisters in the audience.

The group was established in 1975 to cater to the needs of Latinas in universities. Group members focus on unity, love and respect.

The crowd grew so loud when the fraternity was announced, the DJ had to wait to play the music. At the end of their dance routine, several members left the stage to hand out flowers to girls in the audience.

Omega Delta Phi has been around for almost 20 years, said JJ Mata, political science and Spanish senior. The chapter focuses on honesty, integrity and leadership.

Sigma Lambda Gamma women wore black on black as they spoke about “Gamma Land,” a land of strong women.

The chapter was founded in April 1990 and focuses on empowering all women.

This story has been updated with the correct terminology of "chapters."