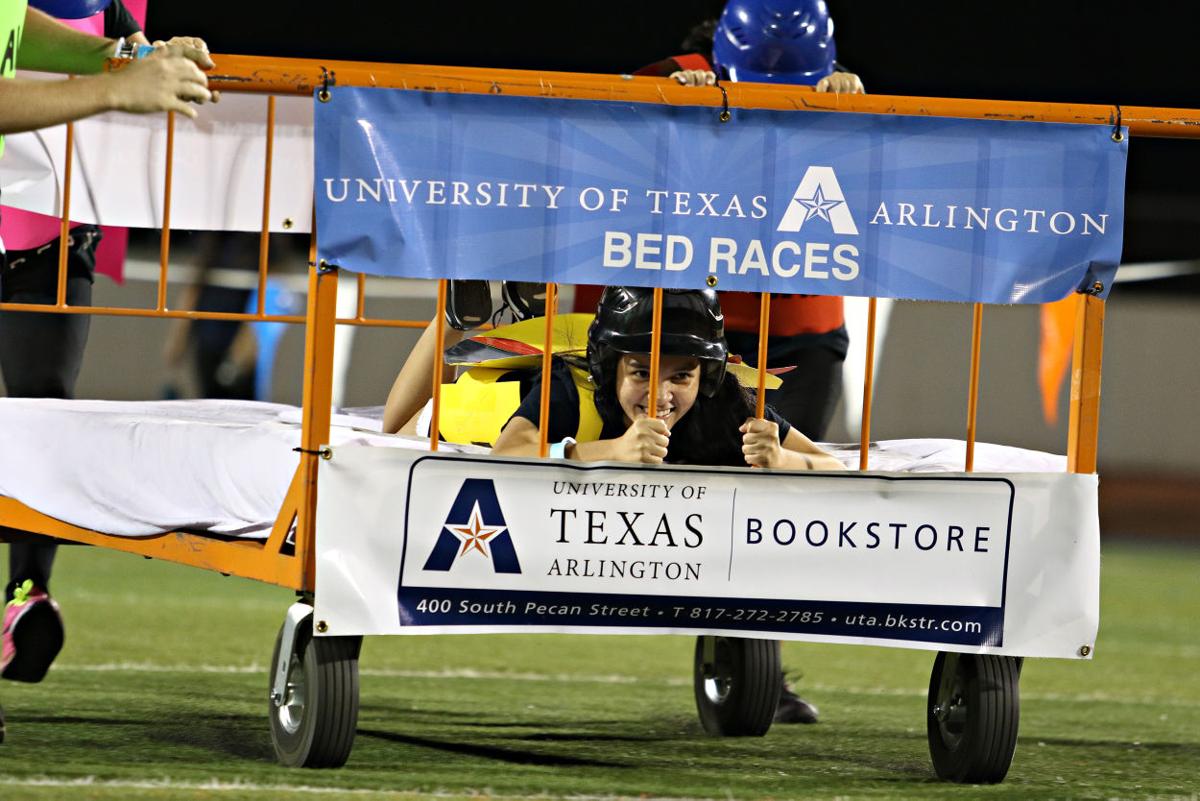 Biology senior Cherith Naig lays on a bed while her team races it down the field at Bed Races on Wednesday at Maverick Stadium. 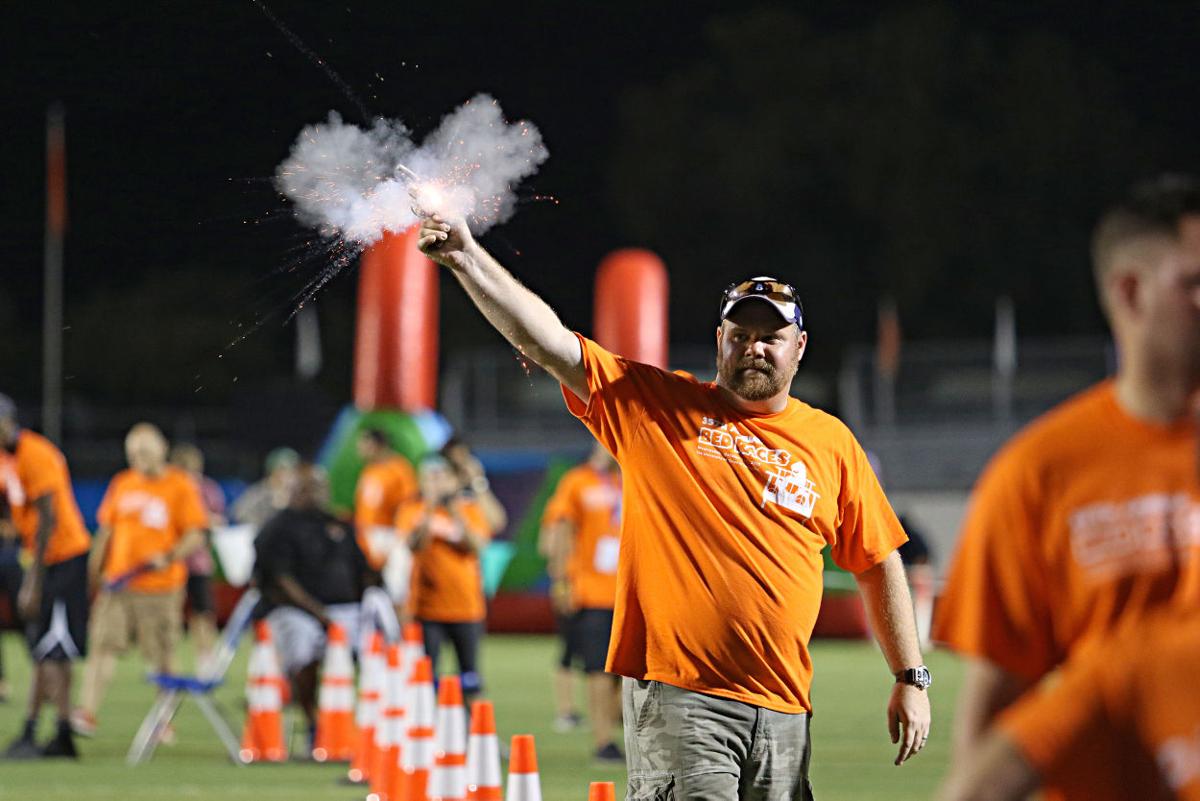 Tom Woodman, assistant director of Campus Recreation, fires a gun that signals the start of a race at Bed Races on Wednesday at Maverick Stadium. 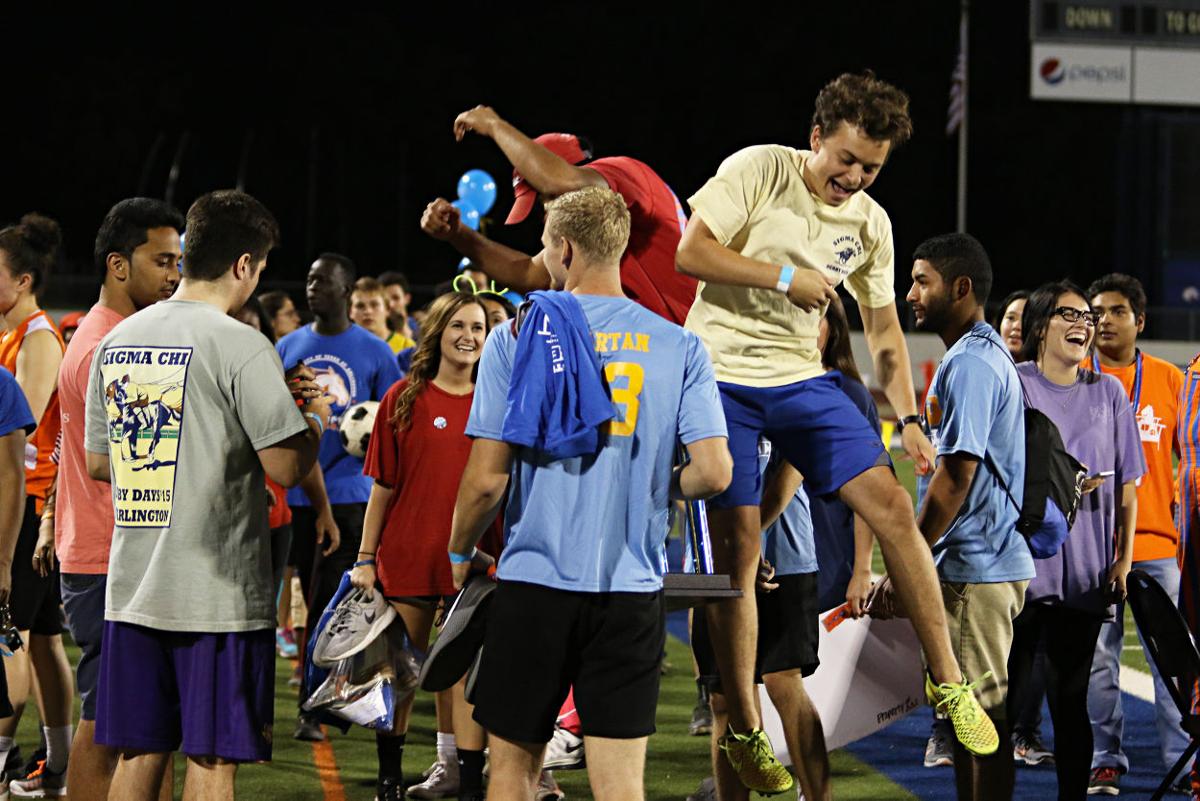 Biology senior Cherith Naig lays on a bed while her team races it down the field at Bed Races on Wednesday at Maverick Stadium.

Tom Woodman, assistant director of Campus Recreation, fires a gun that signals the start of a race at Bed Races on Wednesday at Maverick Stadium.

Adorned in a pink dress and white stockings, biology senior Cristina Gonzalez competed with her team for the 35th anniversary of Bed Races on Wednesday night at Maverick Stadium.

Bed Races are when teams race a bed against the clock to capture the fastest time, said Seth Ressl, interim senior director for Involvement and Engagement. This year more than 100 teams competed, he said.

Past themes for the event included nerds, futuristic and decades, while this year students dressed as video game characters, he said.

Although participating in the competition interrupted her study time, Gonzalez said she was thrilled after her Super Mario Bros. themed team finished third place in the costume competition.

Journalism senior Courtney Borchert said actually competing in bed races is so unreal because it all happens at rapid speed.

As a three-time veteran of Bed Races, computer engineering senior Luis Diaz Jr. said this year he wanted to create memories with his friends who’ve never competed in the event.

Diaz sprained his ankle jumping through an inflatable obstacle course at the event and didn’t run in the race, he said. That setback didn’t stop him from celebrating with his team after they won the team costume contest, one goal he had set, he said.

Biology junior Tiffanie Liang said because it’s her last year in school, she wanted to get more social on campus and decided the Bed Races was the perfect event to start with. Because the Rotaract student organization, which she and her teammates are members of, had never competed in the race, she said, this also motivated her to get the members involved in the competition this year.

The competition had three race divisions, Ressl said. The divisions were divided into a men's, women's and co-ed races, he said.

Winning the men’s division of the Bed Races was a Sigma Chi team. Finance sophomore Travis Patel said this was the second year the group won the division, which is why they decided to compete again this year.

Students dressed up and raced beds Oct. 7 across the Maverick Stadium.

Off to the Bed Races