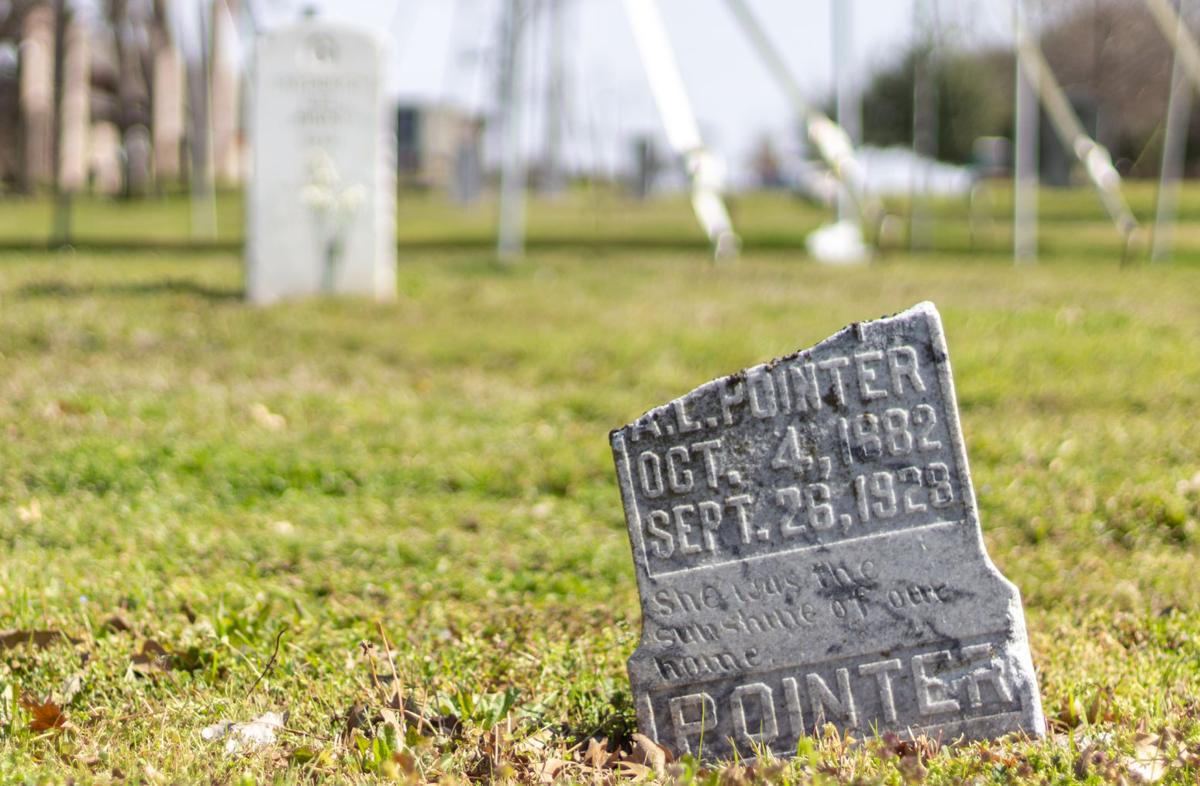 The broken tombstone of a Pointer family member lies Feb. 25 in the Arlington Heritage Memorial Grounds. The Pointer family was well known for their upkeep of the three conjoining cemeteries. 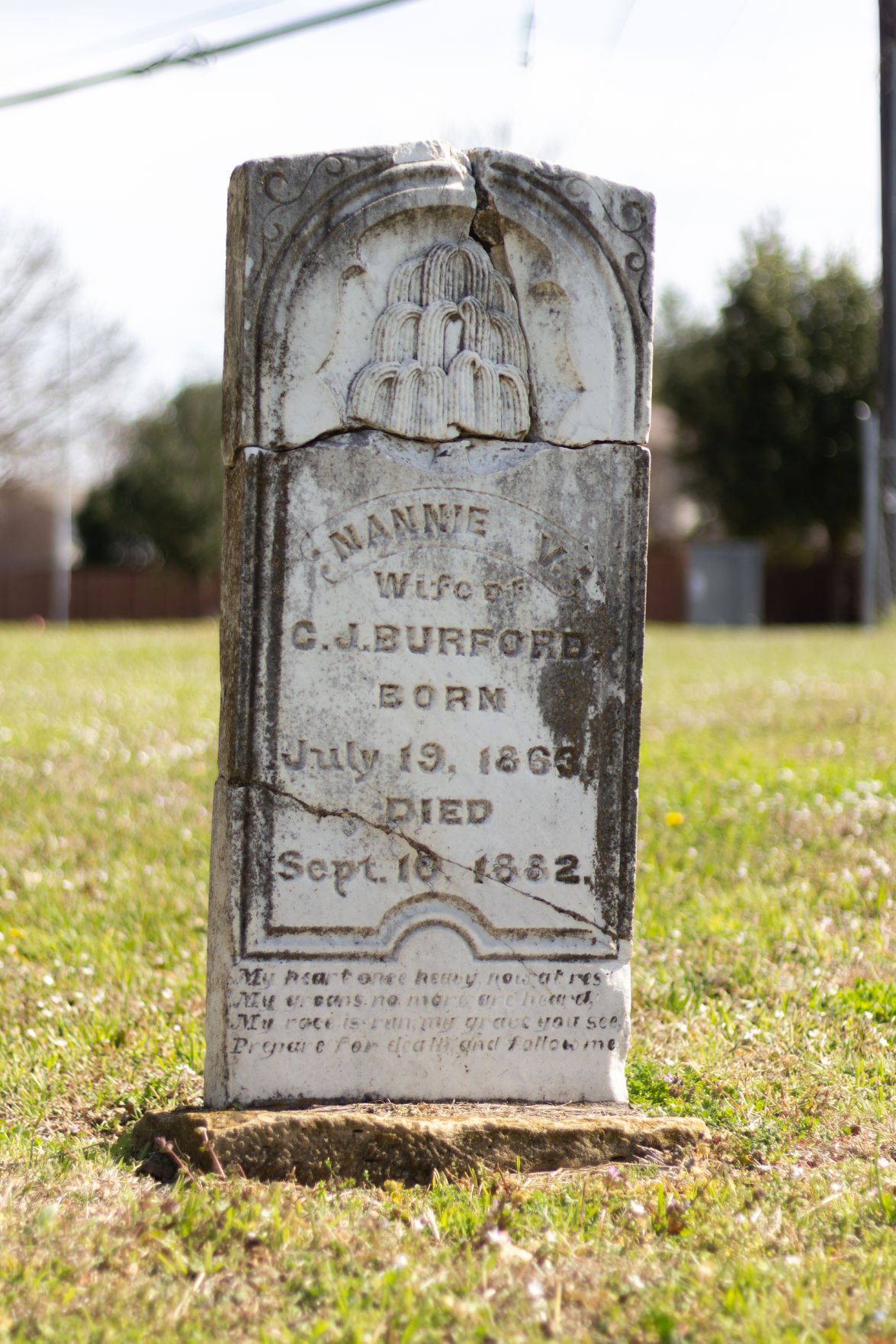 A once-broken tombstone now sits fixed Feb. 25 in the Arlington Heritage Memorial Grounds. Upkeep of the cemetery has been neglected, hence the broken, knocked-over and scattered headstones. 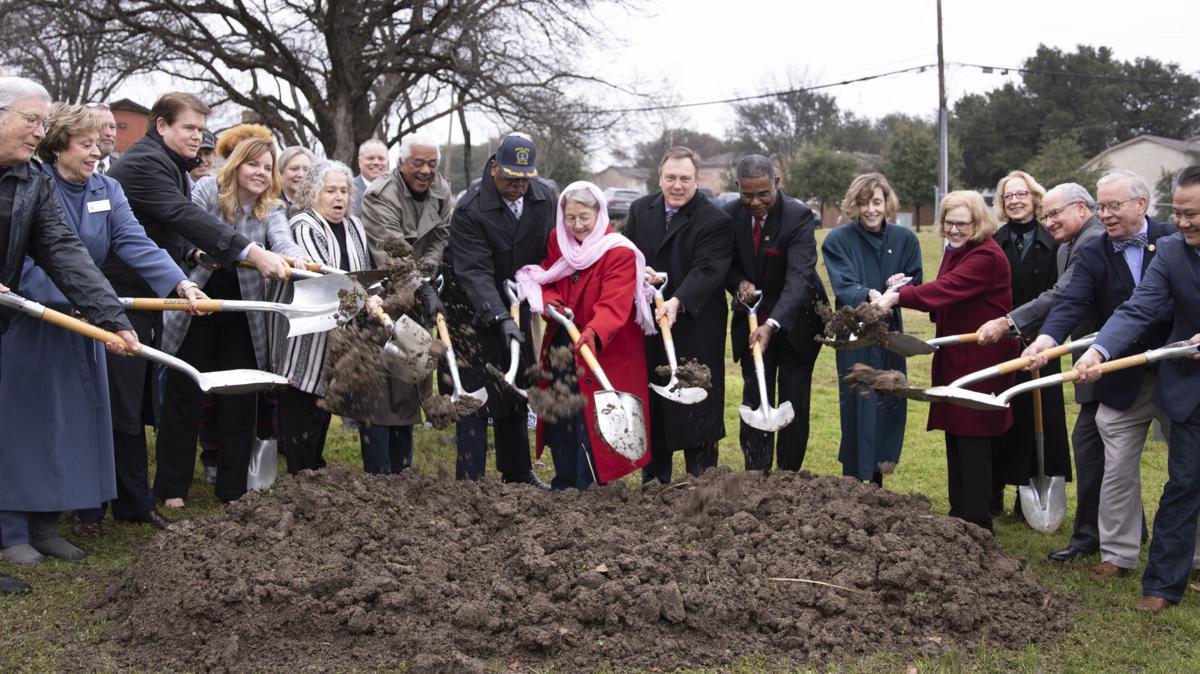 The Arlington Heritage Memorial Grounds contain knocked-over and fragmented gravestones with hints of algae. The unkempt grass and uneven fencing stand taller than most of the graves.

On Feb. 22, Arlington and Tarrant County broke ground as part of its restoration project, which will give life to about 108 marked and 33 unmarked graves.

The neglected but historically-significant memorial grounds cover the Mill Branch Cemetery, Middleton Tate Johnson Family Cemetery and the Colored Cemetery, each with burials spanning over 100 years from the 1850s to the 1950s.

Pointer raised a commotion after taking issue with a locked gate to the cemetery where he visited the graves of his mother, father, brother and first wife, Mills said. Pointer informed her of the many important people buried in the cemetery and how neglected the site had become.

“The most satisfactory thing is knowing that [the grounds] will never ever again be discovered as an unkept cemetery,” Mills said.

The Confederate colonel and prominent Texan owned a wealthy cotton plantation that flourished with the labor of many slaves, Greene said. He was the richest and most influential man in the area.

Johnson was originally buried in Texas State Cemetery, however The Masons, a fraternity of which Johnson was a part, felt he belonged with his buried family members.

“He really is the father of this county — for all his faults and flaws and the evil of slavery, and we can talk about those things all day long,” Congressman Ron Wright said at the groundbreaking. “The fact is that this man buried right over here is the father of Tarrant County.”

Wright said the other cemeteries are just as significant in shaping Tarrant County.

Several World War I and World War II veterans as well as pioneers can be found in the Mill Branch Cemetery, Mills said.

In the Colored Cemetery, the African Americans who milked the cows, picked the cotton, worked the land and nursed the children of the county will be honored, said Rich Stoglin, event planning and fundraising subcommittee member and chaplain.

Mills said the Colored Cemetery is historically significant to Arlington because it was the only place in the city that African-American residents could purchase burial plots from the 1920s to the early 1950s.

Everything has a beginning, Stoglin said. The people resting in the Arlington Heritage Memorial Grounds were Arlington’s and Tarrant County’s beginning and each played a pivotal role in shaping the community.

Nguyen said coming from the war-torn land of Vietnam, where he is no longer able to visit his ancestors, he is proud to call Tarrant County his home.

By bringing the community together and honoring the Arlington Heritage Memorial Grounds, he said the City of Arlington and Tarrant County showed a testament to its unifying spirit.