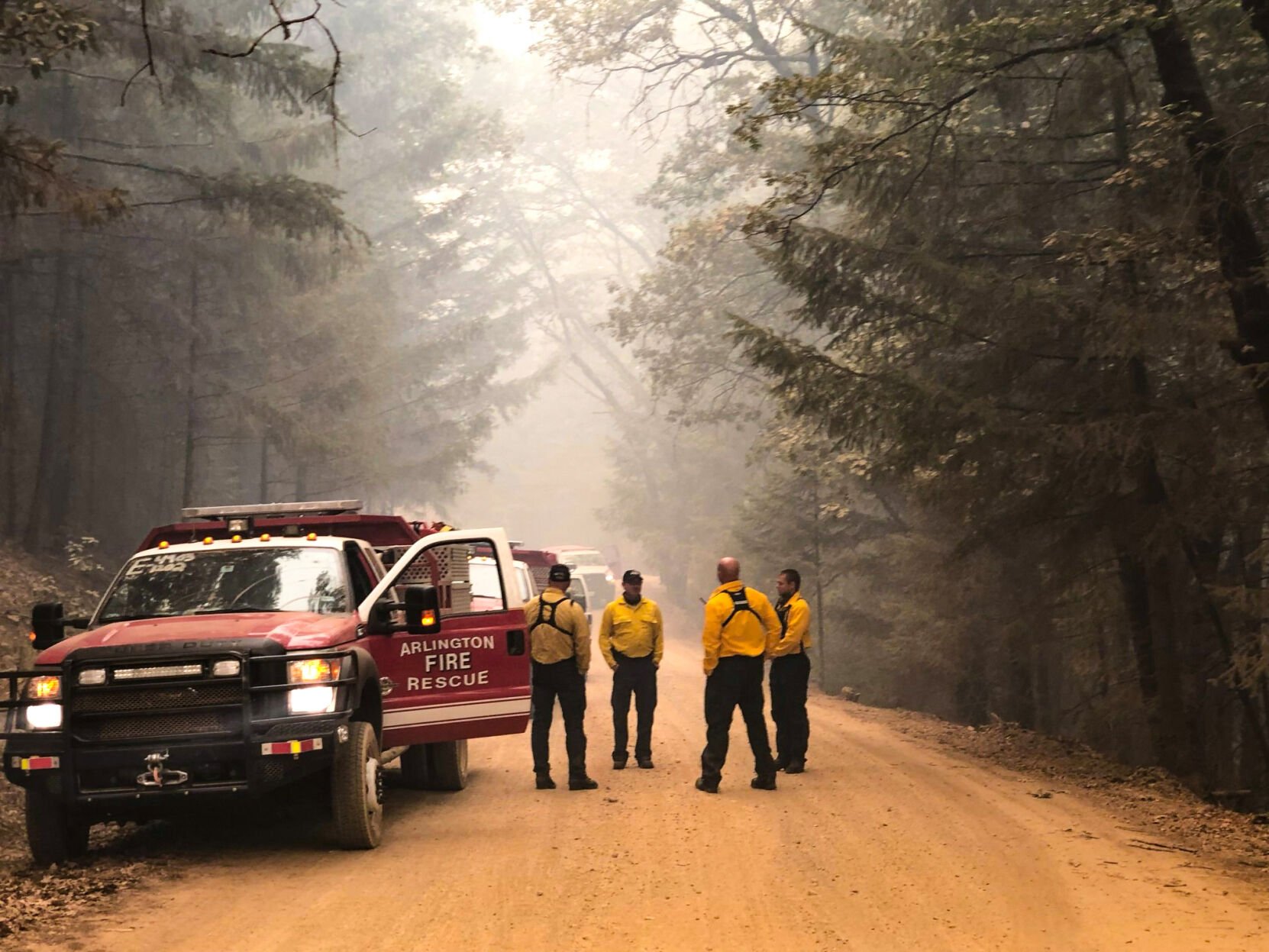 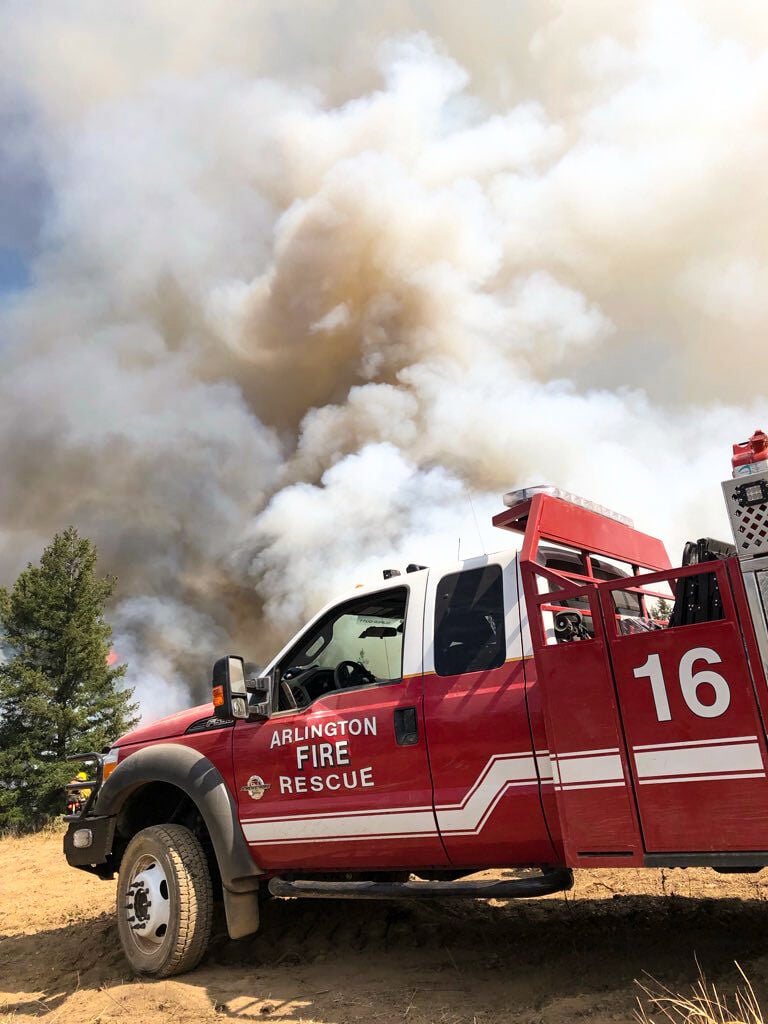 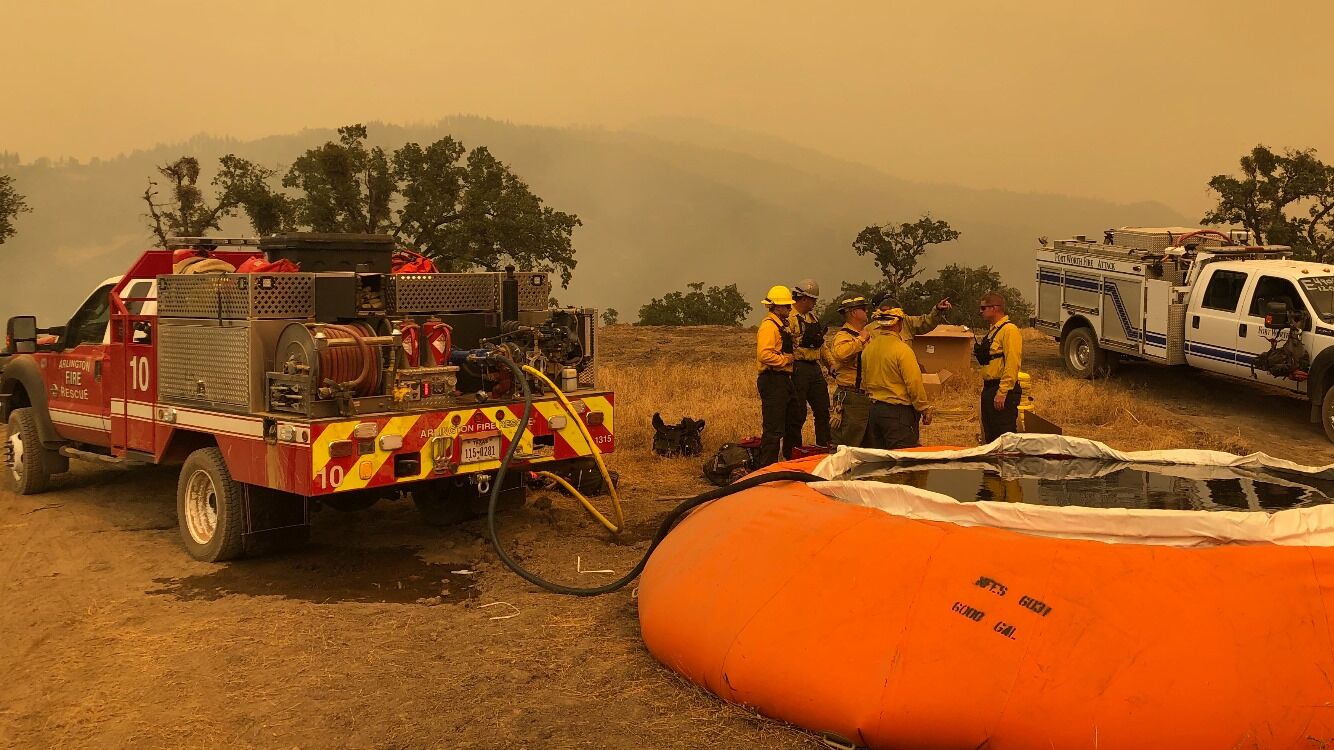 When California asked for out-of-state resources to fight the wildfires, a group of North Texas firefighters answered the call Sept. 11.

The North Texas crew, consisting of firefighters from Arlington, Fort Worth and Flower Mound, is assigned to the west zone of the August Complex Fire, which spans over 820,000 acres. The August Complex Fire is listed as California’s largest wildfire in history, according to the InciWeb incident information system website.

Jeff Durand, Arlington Fire Department deputy chief, is one of 17 firefighters who made the two-day trip to northern California. He is also the program coordinator for the Texas Intrastate Fire Mutual Aid System, a program that assists firefighting operations in the state.

A Texas Intrastate Fire Mutual Aid System group in Arlington was started in 2012. This is the first time the group has assisted with wildfires out of state.

Recruitment Lt. Chris Balough is one of the crew members who went to California. While some past fires have been started by power lines or arsonists, Balough said the August Complex Fire was started due to dry lightning following months with no substantial rainfall.

Working for 24 hours and resting another 24 hours, the firefighters start their work day at 6:15 a.m. when they arrive at their assigned base camp. There they check that the firetrucks are in order before having breakfast. After a briefing on fire resources and daily objectives at 7 a.m., they split up into their divisions before heading out.

Mop-ups involve looking for smoke and hot spots in supposed cold areas and extinguishing any remaining flames. In progressive hose laying, fire hoses are laid where the unburned areas of grass meet the burned areas. Durand said this is done to ensure the line where the green touches the black is completely out and won’t start a new fire or spread.

Trees along the fire line that pose a potential threat of falling and spreading into unburned areas are sawed down.

Balough said the crew is on the cold side of the fire where it’s more laid down, but there is still an open line. This means with temperature or wind direction changes, the fire could start to run, burning even more acres.

Lt. Richard Fegan, Arlington Fire Department public information officer, said in an email the department is proud to have the resources and personnel to assist those in need.

“Our members understand the work can be grueling and dangerous, yet they volunteer to place themselves in a position to help others,” Fegan said.

The crew is anticipated to return in early October.