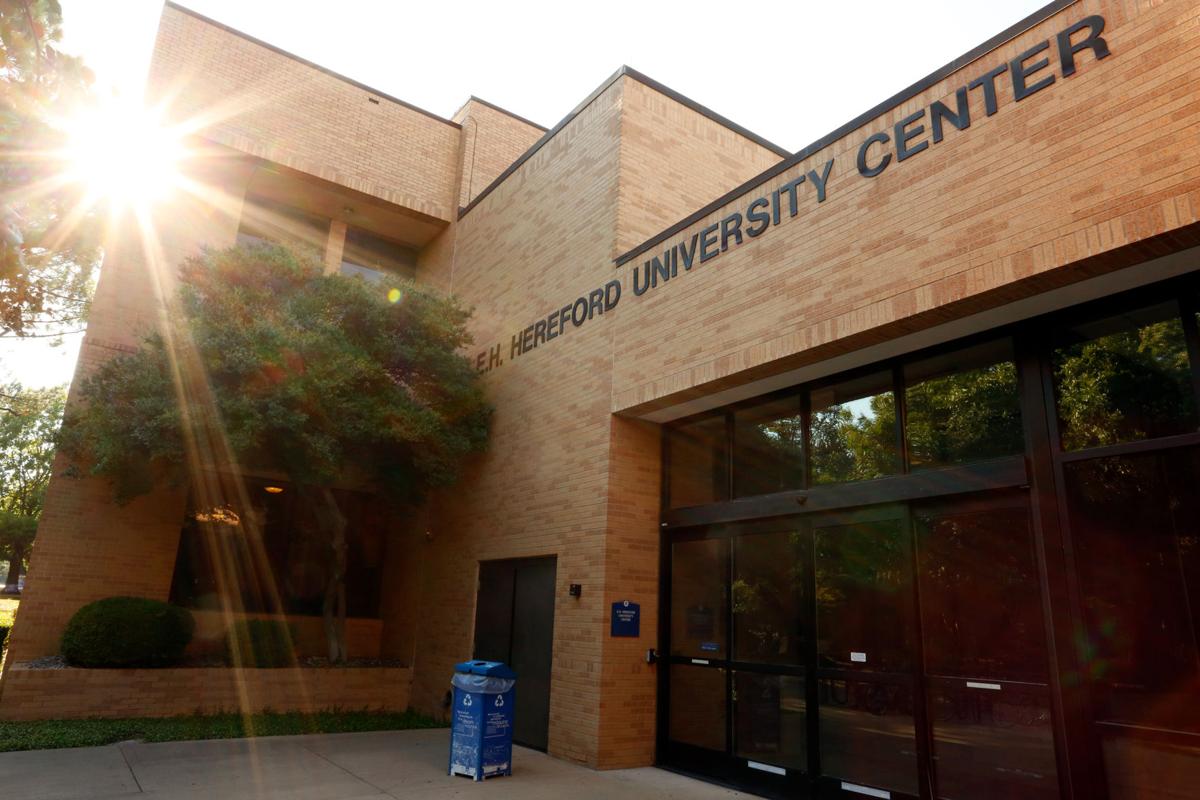 The south entrance of the University Center on Aug. 15, 2019, near Brazos Park. 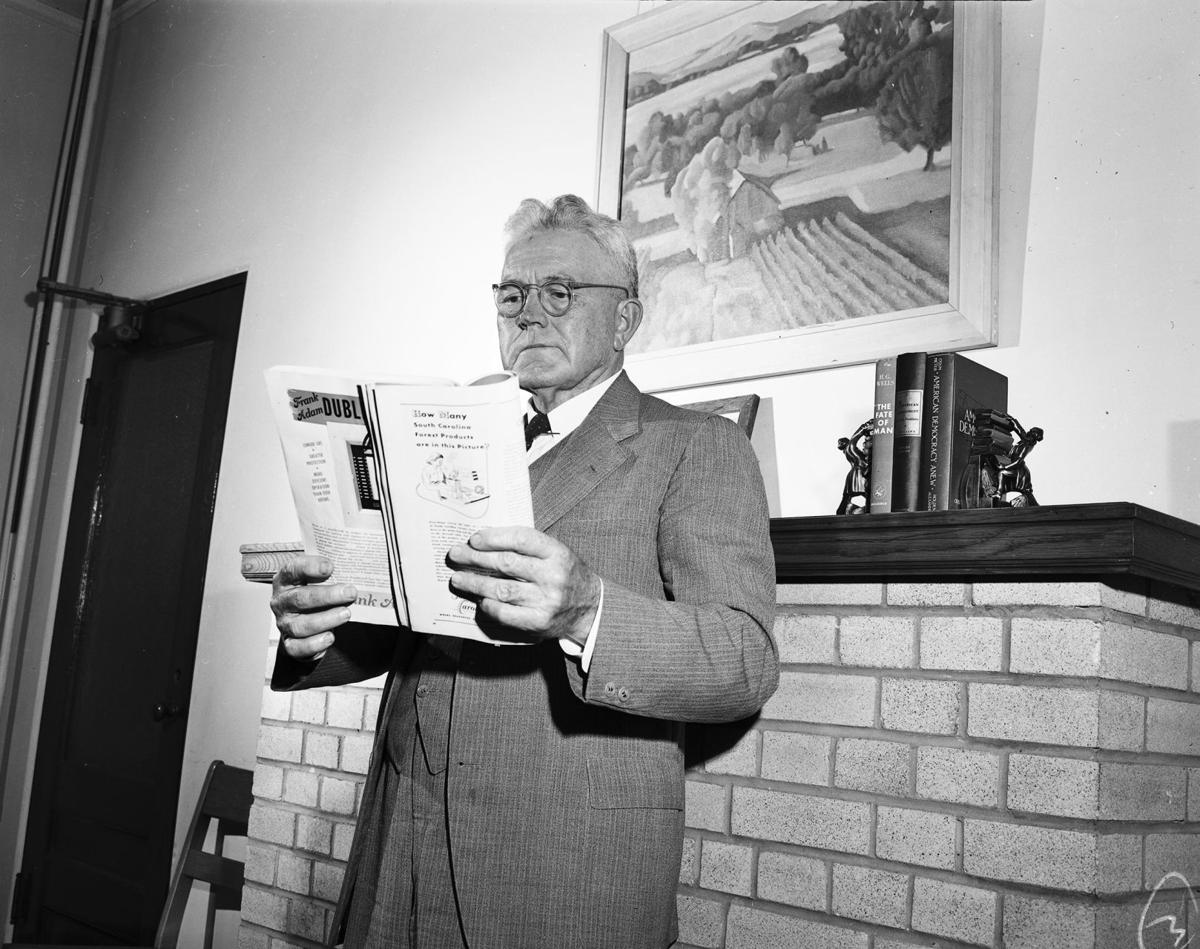 Edward Everett Davis, dean of North Texas Agricultural College, pictured in May of 1946. UTA alumnus Michael Phillips is questioning the merits of the former dean.

Like many older American schools, some say UTA has a history of alleged racist behaviors and traditions.

Throughout recent semesters, UTA community members have called for the acknowledgement of racism and incorporation of anti-racist acts on campus. Student organizations like the Progressive Student Union have pushed university administration to change the names of E.H. Hereford University Center and Davis Hall in light of racism allegations.

Simone Chalabi, university studies sophomore and Progressive Student Union member, said that if a school uses diversity as a selling point, their actions should reflect that standpoint.

UTA has the fifth most ethnically diverse student body in the nation, according to the university’s website.

“If our campus really wants to hold themselves to that standard, then these buildings need to be renamed,” Chalabi said.

“Diversity” has become a buzzword, and many institutions use students of color in pictures and advertisements to prove their diversity, said Pamela Hill, African American studies adjunct professor. But diversity does not necessarily equal inclusion.

Almost three years after the conversation of changing the buildings’ names began, the names remain the same.

Mark Napieralski, Progressive Student Union president, proposed a resolution, entitled “Renaming the University Center,” to the Academic Affairs committee in February 2018. The resolution cited alleged racism by former university president Ernest Hereford, such as “creation of an environment where mock-slave auctions were an authorized school-sanctioned event” and claims that Hereford pushed for the college to adopt the Confederate flag as the school’s flag in 1952.

According to previous Shorthorn reporting, Napieralski later attended Student Senate’s open forum in September 2018, calling on senators to sponsor the legislation. He also created a petition for students to sign in support of the removals.

That year, former university president Vistasp Karbhari formed an investigative task force, which found that Hereford was not guilty of the allegations, and the case was dropped.

A report from members of the task force stated that they “did not find any evidence of any racial bias or prejudice in any of Dr. Hereford’s correspondence, public speeches, or administrative decisions.”

In 1940, Davis published a fictional novel, The White Scourge, recounting his perspective on the half-century social and economic evolution through central west Texas.

The book focuses on the scourge of the cotton agricultural economy in Texas. Cotton depleted natural resources of the soil and led unintelligent people into the cotton belt, he claimed.

In the introduction of the novel, before the story began, Davis wrote, “Too much of America’s worthless human silt has filtered into the cotton belt.” He goes on to say, “The most serious rural problem in the south is not that of soil conservation, crop production, co-operative marketing, or race relationships, but that of the biologically impoverished tribes of marginal humanity — black, white, and Mexican — subsisting on cotton.”

Once the resolution was passed, interim university president Teik Lim assigned a task force to investigate the allegations.

The task force submitted a report and series of recommendations to Lim, which are currently under review, university spokesperson Joe Carpenter said. But even after Lim reviews the recommendations, the decision is ultimately up to the UT System.

As of now, there have been no changes to either building name on campus.

Hill said one reason resolutions like these don’t get acted on is the lack of support. Alumni and faculty can be a driving force, she said, and students alone might not have the assistance they need to accomplish goals.

This is also because Student Senate alone does not have the power to rename buildings, streets or programs according to the UT system naming policy.

The community can bring attention to various issues, but changes to existing names must be approved by the UT System Vice Chancellor for External Relations after review by the Deputy Chancellor, the Executive Vice Chancellor for Academic or Health Affairs and the president of the institution.

Some argue against renaming campus buildings because students may not know the history of the people they were named for, and the change might cause unnecessary confusion.

Rick Majumdar, aerospace engineering graduate student and Progressive Student Union vice chairperson, said he first heard about the push to change the building names in late 2019, but was aware of students wanting to remove Hereford’s bust from the UC as early as 2018.

Since UTA is the UT System school with the largest number of Black and brown students, looking into the history of UTA was appalling and shocking, Majumdar said.

The policy of segregation and use of the Confederate flag as the school flag when UTA was still Arlington State College caused Majumdar concern.

According to the university website, UTA, then Arlington State College, did not admit minority students until 1962, when the first Black students were admitted.

Once the college joined the UT system from 1965-1967, some members of the campus community wanted to change the Rebel theme.

Controversy over a name change continued until April 1971, when the student body adopted "Mavericks" as a replacement for the Rebel theme in a close campus election, according to the digital collection.

Decades later, the community is calling for another reform.

Changing problematic namesakes to ones whose history students can learn about and be proud of is an opportunity for schools to shed previous bias and prove they’ve changed, Hill said.

Renaming buildings like the UC and Davis Hall isn’t the only way to provide that proof, but it would send the message that administration is listening, Hill said.

Picking a new name — particularly of an upstanding person of color — could symbolize a different type of history that reflects the current student population, she said.

I don't know why y'all just don't let sh*t die. Under comprehensive research, Davis was deemed racist. Hereford was not. Instead of going after Davis and Hereford which literally built this university to what it is today, regardless of how bad it was, let's focus on naming new buildings on campus, such as West Hall with ionic POC names. Both Davis and Hereford played a critical role in our past.