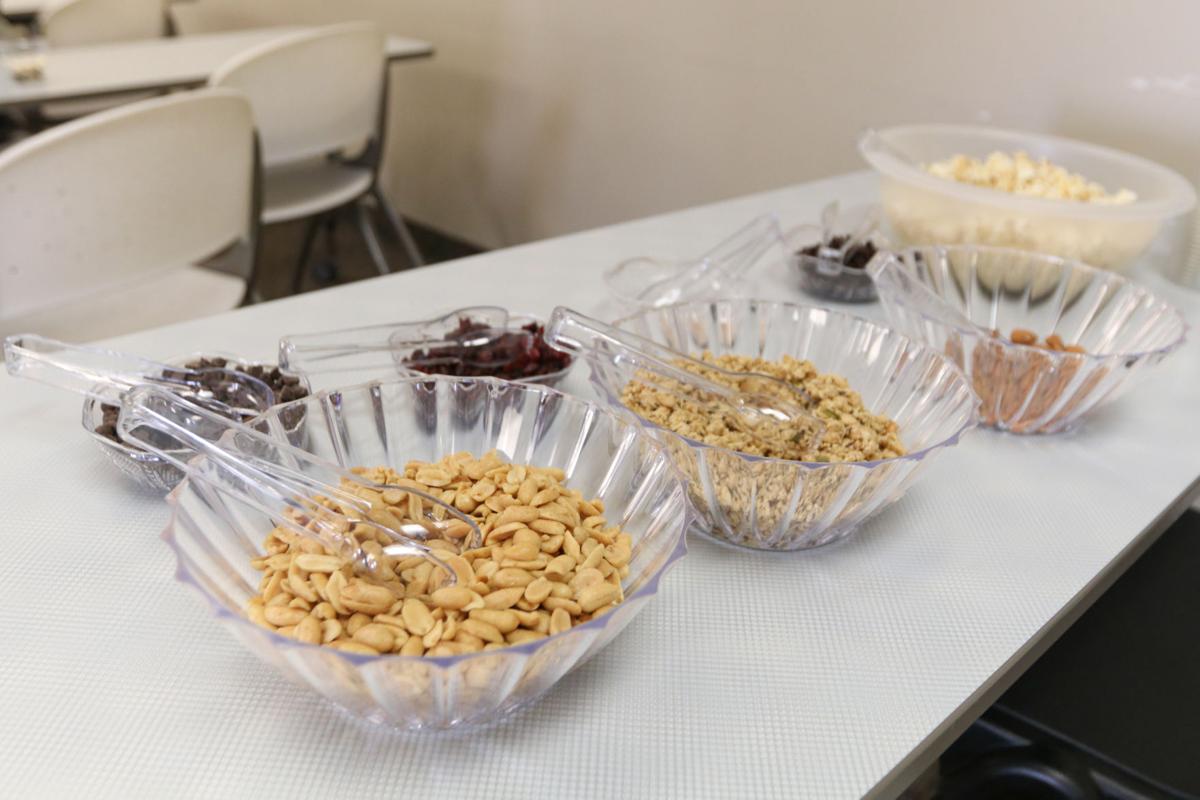 Food displayed at the Food for Thought presentation March 6 at the Maverick Activities Center. The event was hosted by Student Affairs to educate students on vegetarian and vegan lifestyles. 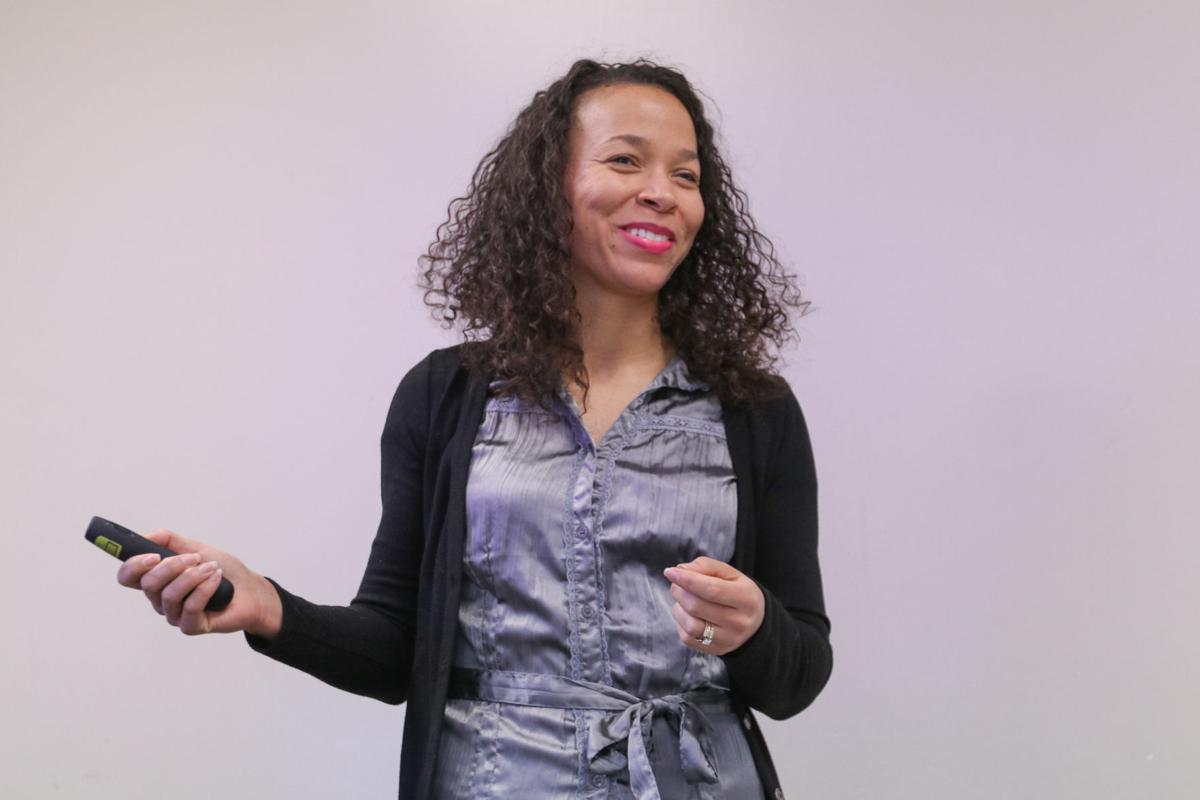 Registered dietitian nutritionist Stacie Ellis laughs during the Food for Thought presentation March 6 at the Maverick Activities Center. Ellis said about 10 percent of the American population is inclined to a vegetarian diet.

Going vegan may sprout some questions and misconceptions.

“Food for Thought: So, you are now vegan,” a presentation on campus, sought to address these questions and misconceptions. “Food for Thought” is a series that provides information to students about exercise, nutrition and wellness. Sessions will directly focus on nutrition for the month of March, which is National Nutrition Month according to the Academy of Nutrition and Dietetics.

Nursing senior Miranda Edwards is vegan and wanted to attend the event to learn more about nutrients she could possibly be missing.

Exercise science senior Sara Peper is a “borderline vegan.” She tries to eat vegan as much as she can but still consumes dairy and egg products at times. She said she was curious about the science of it all.

1. It’s good for your heart

For many vegans, the knowledge that they are sparing the life of a cute furry animal is enough to make their heart feel good. But the practice of veganism can literally be good for your heart, Ellis said.

“If you eat a lot of animal products, you will have clogged arteries” Ellis said. “Eating a plant-based diet can reverse this.”

A plant-based diet can be a cure for most heart diseases.

2. Soy won’t cause an estrogen imbalance

No, dude, ordering a soy latte or tofu stir-fry won’t mess up your body with womanly hormones. Soy doesn’t have estrogen. It is instead comprised of genistein, a compound with a similar structure.

They can cause a similar process in the body, but this isn’t a bad thing, Ellis said. Estrogen helps burn fat and control appetite. This is why women often feel hungrier when they are menstruating. They are experiencing lower estrogen levels.

Soy isn’t the only food that has genistein, Ellis said. Broccoli, beans and even mangoes contain the compound.

3. Links between veganism and cancer prevention

This one is more controversial because there is still a lot of research being done, Ellis said.

Some cancers are correlated with lifestyles, so some can be caused by diet. When meats are browned, such as during a barbecue, this creates carcinogenic compounds which can increase your risk for cancer, she said.

Eating a plant-based diet could help prevent cancer, but there are also environmental and genetic factors that could lead to it. She’s wary of people who claim veganism can cure cancer. She does believe it can be a possibility for some people, but there hasn’t been enough evidence to prove it yet.

Consuming potato chips, chocolate bars and soft drinks may be both vegan and delicious, but it won’t help you lose weight.

It’s possible to lose weight and even gain weight on a vegan diet, Ellis said. For the most part, studies prove that the more fruits and vegetables someone consumes, the more likely they are to lose weight.

However, some people’s bodies turn sugar — even sugar from fruit — into fat, and this causes them to gain weight. But this isn’t common.

“Everyone’s different. We have different metabolisms, different needs,” Ellis said. “There’s no one fix answer for everything.”

5. A vegan diet doesn’t mean a lack of protein

Protein is actually in almost any food that isn’t processed, Ellis said. If a vegan is eating a balanced diet, protein isn’t really a problem.

Vegan foods such as beans and peas can give vegans sufficient protein. There’s even vegan body-builders.

6. A healthy diet? Usually. The healthiest diet? Not exactly

The Mediterranean diet is actually the healthiest diet, Ellis said. It is largely plant-based but does allow for dairy daily; fish, poultry and eggs weekly; and red meat monthly.

According to the U.S. News’ Best Diets Overall list, vegetarian is the 11th healthiest diet and vegan is the 20th.

The vegan diet can make it challenging to get all the nutrients you need. You’re at risk for low B12, calcium, zinc, iron and omega-3s. Vegans can incorporate these vitamins and minerals with pill supplements, Ellis said.