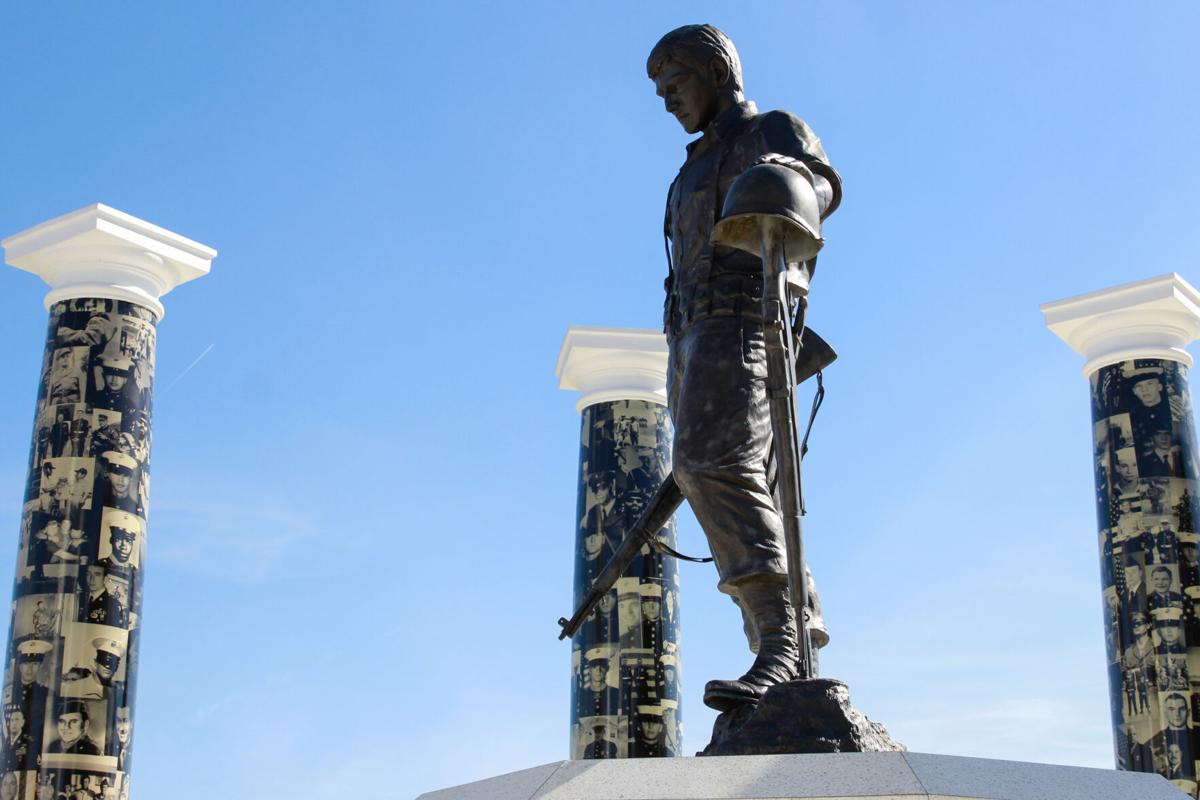 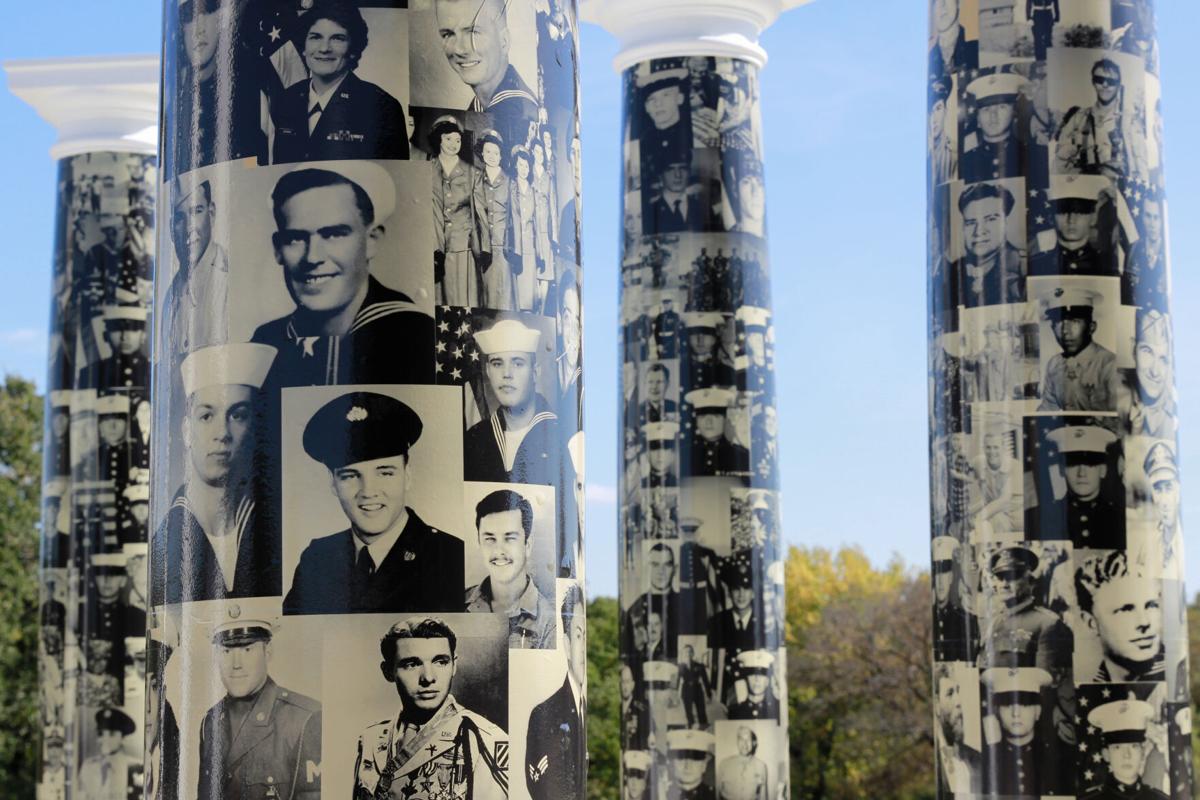 Photos of veterans cover pillars Nov. 8 at Veterans Park in Arlington. The park is 103 acres and includes a park, a mile and a half bike and hike trail and more.

Photos of veterans cover pillars Nov. 8 at Veterans Park in Arlington. The park is 103 acres and includes a park, a mile and a half bike and hike trail and more.

Clete McAlister, Arlington Veterans Park Foundation president, said Veterans Day is about the people who served their country in the military, whether or not they fought in a war.

“That kind of service always involves a sacrifice,” McAlister said. “Sometimes it’s sacrificing [one’s] life, but other times, it’s sacrificing the time that it takes away from normal life.”

Hostilities during World War I ended at the 11th hour on the 11th day of the 11th month in 1918. President Woodrow Wilson marked Armistice Day one year later on  Nov. 11, 1919, the first anniversary of the end of WWI.

The first celebration using the term Veterans Day occurred in Birmingham, Alabama, in 1947. Raymond Weeks, a World War II veteran, organized “National Veterans Day,” which included a parade and other festivities, to honor all veterans. In June 1954, Congress amended legislation to change the name to Veterans Day.

Americans have learned that those who serve should be honored, regardless of individual feelings about conflict, since sometimes returning service members are not treated well, said John Hartvigsen, vexillologist and Colonial Flag Foundation advisory board member. Hartvigsen cited the end of the 20 years of war in Afghanistan — the longest war in American history, which has received mixed feelings since it ended in August.

Military veterans served their country and obeyed orders according to the U.S. Constitution, he said.

Hartvigsen flies the American flag daily as a constant reminder to honor military service, but the American flag has an even greater meaning on Veterans Day, he said. The flag is the single most powerful symbol of unity as a nation, combining history, heritage and aspirations, he said.

He’s seen the U.S. flag displayed all over the nation, and when he was serving in the military in Europe, he saw the flag displayed in other countries, he said.

“It gave me a thrill to see the Stars and Stripes raised over our military base,” he said. “It was raised early in the morning before the sun, and it came down in the afternoon after the sun [came] down and it was just a beautiful sight to see.”

America’s history is young compared to other countries around the globe, but its story, how it was founded and the ideals set forth, are recognized around the world, said Lt. Colonel Kelley Keating, Military Science Department chairperson, in an email.

It is a citizen’s responsibility to teach young children about our country, Keating said.

At 11 a.m. on Nov. 11, the Arlington Veteran Park Foundation will host it’s Veterans Day program, which will include a combined color guard and guest speakers such as Mayor Jim Ross and former Mayor Jeff Williams, McAlister said.

Political science junior Craig Sloan said besides challenging himself, he joined the Army to take  part in protecting his family, friends and loved ones.

Since becoming UTA’s Maverick Battalion cadet command sergeant major, he’s earned a new level of appreciation for what service members go through, what the holiday means and the sacrifices that were made and continue to be made every day.

Whether it’s a young person in uniform or an older person with a commemorative hat on, civilians should thank service members for their service, Sloan said.

Hartvigsen said young Americans should talk to members of their family or friends who served in the military about the meaning of their service because it’s a day of remembrance for all those who have served, not a date of mourning.

Keating said it is society’s job to inform young people of how Americans provide peace and the sacrifices made by some, to protect the American way of life.

“For those who came before me, they’ve taken the toll in unimaginable ways — losing life, limb, friends, family,” he said. “It’s important because their sacrifices are what keeps us going as a nation.”