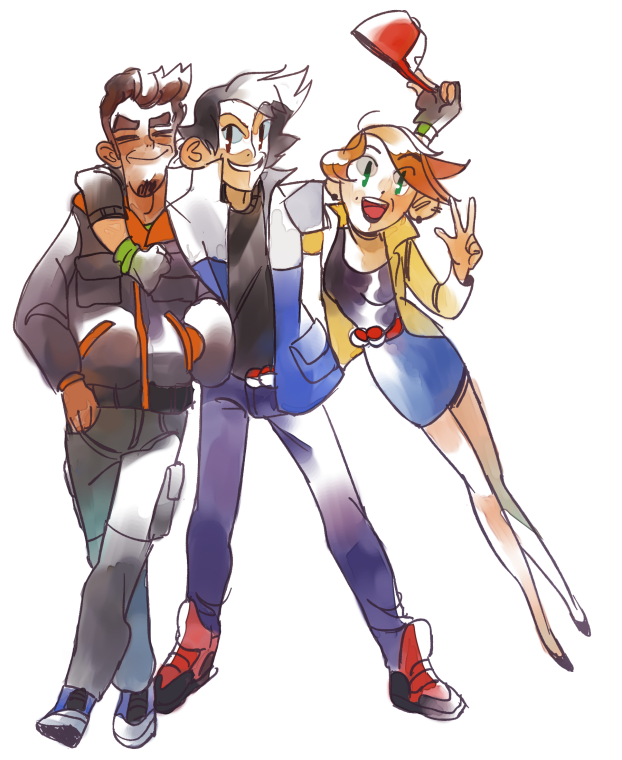 The Shorthorn did its own take on what the main characters from the first season of the animated series would look like if they had aged 15 years, unlike in the actual anime. Check out what Charmander, Bulbasaur and Squirtle look like here. 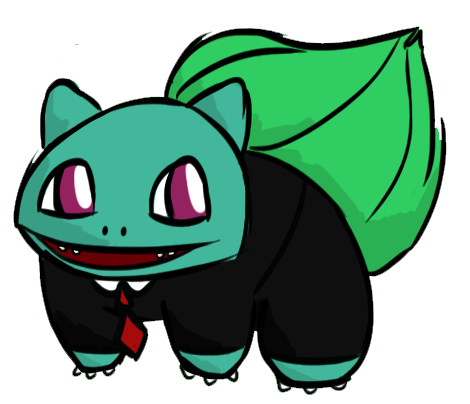 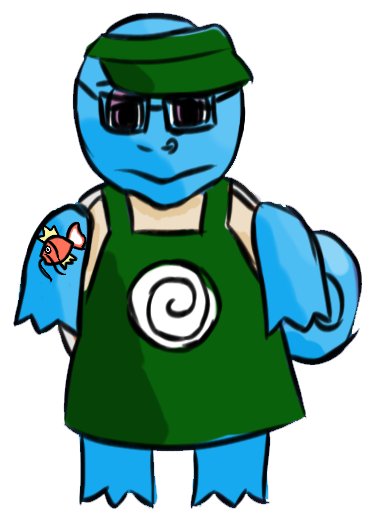 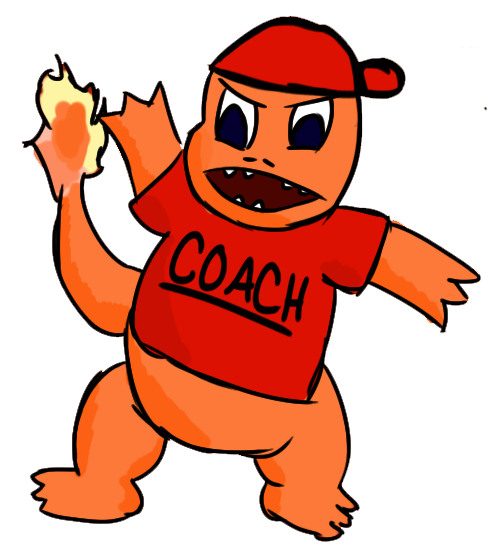 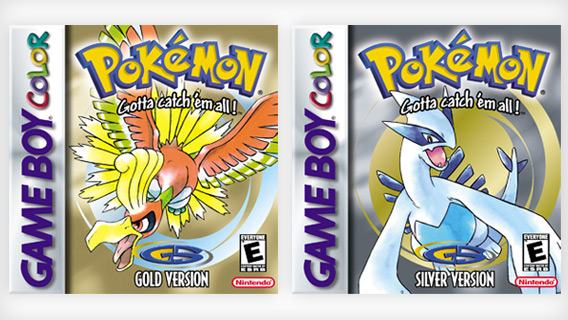 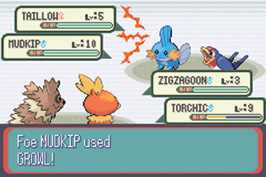 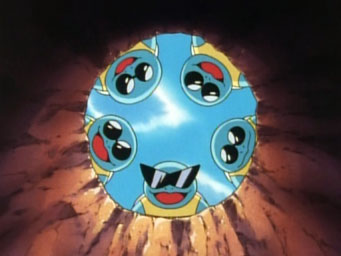 A child rushes into his room with a small box and clunky gray Game Boy in hand and hurriedly kicks off his shoes, sitting cross-legged on the floor. He places the Game Boy to the side and eagerly fumbles with the box, fingers tracing the edges, searching for a small piece of tape that keeps the contents sealed inside. After removing the tape, he opens the box, briefly leafs through the pages of an instruction manual, and finally pulls out the item he was searching for: a small blue cartridge with the word Pokémon showing boldly in yellow across the front. After slamming the cartridge into his Game Boy, the words Nintendo and Game Freak flash across the screen as it flickers to life, where a small, pixelated man ushers him into a world of adventure.

It has been 15 years since Pokémon Red Version and Blue Version were released Sept. 30, 1998, in the U.S., yet Pokémon has remained one of the most successful media franchises in the world, selling more than 219 million copies of its video games as of 2012. After its release, Pokémon sparked a pop culture phenomenon in the late ’90s, spawning an animated series, more than 40 video game titles, movies, a collectible trading card game and more.

Pokémon X and Y, the next games in the main series, are slated for a worldwide release Oct. 12 for the Nintendo 3DS and 2DS game systems and look to be two of the most ambitious titles to date. Campus experts and students chimed in on what makes Pokémon the media juggernaut that it is today, and why it resonates with new players, veteran Pokémasters and former Pokéfanatics alike.

The Pokémon game series has received both praise and criticism for its core gameplay features, both combat and overarching storyline, which have received only minor tweaks since the first release. The initial appeal of the original games, outside of the battle system, came from the new way they were designed on a handheld device, said Vick Nguyen, biology senior and president of UTA eSports.

“Many of the original Game Boy games were one-dimensional experiences,” Nguyen said. “You had maybe one to two tasks to do that were pretty obvious. Pokémon was so different because it opened you up to this large world to explore and find Pokémon.”

Players focus on capturing all of the Pokémon using Pokéballs and completing the Pokédex, a handheld encyclopedia that logs information on all Pokémon seen or caught. Players are tasked with defeating gym leaders to collect badges and earn the right to challenge the Pokémon League Champion and thwart the deeds of a villainous team that use Pokémon for evil.

“No matter what you do, you’re always slowly working your way up,” Brady said. “As soon as you get your first Pokémon, it’s ‘Make your way onto the next town,’ or ‘Try to get the next badge.’ At least for the older players, any one of them can pick up a new game and say, ‘Wow, it’s just like the older ones,’ and they can go off and start a new adventure.”

Pokémon battles focus on turn-based combat, where players select from one of four moves to attack the opposer. The severity of damage or effect is often determined by which of 17 different types the move and opposing Pokémon are classified.

Dalton Donnell, undeclared freshman and eSports member, said the generations following Pokémon Red and Pokémon Blue have each added milestones to the series that have kept the gameplay fresh.

“In the second generation with Silver and Gold, they introduced the steel and dark types,” Donnell said. “This was huge because they countered psychic types, which were the strongest in the first generation.”

When Pokémon Ruby Version and Sapphire Version were released for the Gameboy Advance on March 23, 2003, in the U.S., individual Pokémon gained access to passive abilities that added another strategy level to the game, Donnell said. Pokémon also could hold items that increased their power, helped them train more effectively or gave them an edge in battle.

“Some Pokémon had an ability that made them stronger when they had weaker health and things like that,” Donnell said. “This threw in a huge amount of complexity and threw in competitive teams. That was the first time I had heard of Pokémon becoming really competitive.”

When Pokémon Diamond Version and Pearl Version were released April 22, 2007, in the U.S. for the Nintendo DS, players had access to Wi-Fi battles and wireless Pokémon trading, which resulted in a surge toward international competitive play and the rise of video game competition at the Pokémon World Championships, something that had only been popular before with the Pokémon Trading Card Game.

“You didn’t have to take these cables, which you had to go buy, they didn’t come with the games, to connect,” Donnell said. “You could test your team against others around the world to see if your team was worthy of championship-level play.”

The second most recent set of games in the main series, Pokémon Black Version and White Version, sold more than 1 million copies on their first day on March 6, 2011. Sixteen films have been based on the anime, which itself is in its 16th season , one of the rarest Pokémon trading cards was recently put up for auction for $100,000, and Pokémon X and Y have surpassed their predecessors with 1.26 million preorders in Japan alone, making it the most preordered game for 3DS in Japan ever.

Nguyen said the success of the franchise can be attributed in part to the anime series running side by side with the games.

“What is great about the anime is that it gives kids the ability to be on TV and see some of their favorite Pokémon in action,” Nguyen said. “To me, it’s similar to when you hear a song you really like in a movie. You say, ‘Oh I like this song,’ then go try to find it online. The games drive you to watch the TV show.”

Brady said that the collection aspect of the franchise has helped both merchandise and game sales since Pokémon’s release. The phrase “Gotta Catch Em’ All!” referring to catching all of the Pokémon, was heavily marketed with the anime series in the U.S. The Pokémon Company International, which is responsible for brand management outside of Asia according to their biography, launched a campaign touting the same phrase as a promotional series that ends on Oct. 12.

“Collection definitely comes into sales,” Brady said. “If you wanted to have all the Pokémon without having to trade, you needed to get both versions of the game, or you have to have a friend who you can trade with.”

Brady also said the iconic Pokémon Pikachu helped promote the series by providing a likable face kids could relate to that tagged alongside Ash Ketchum, the anime’s main protagonist.

“I know many who aren’t big fans of Pikachu, but Pikachu is small, fluffy-looking and cute and was a more marketable candidate then some of the other Pokémon at the time,” Brady said.

In the past decade, Pikachu became an official mascot of the franchise and was featured in commercials, the Macy’s Thanksgiving Day Parade, episodes of “The Simpsons” and even had a car customized to resemble him.

Despite the push for a worldwide same-day release for X and Y to prevent the games from being spoiled in the West, as Japan typically received the games months earlier in previous generations, leaks of images and gameplay have flooded the Internet, so much that Nintendo representatives are taking away advance copies of the game, Brady said. Although probably unintentional, the leaks have done wonders to promote the game and helped bring some older players back.

“One of the things that was leaked was near the start of the game, not only are you allowed to pick one of the new starters, you get to pick one of the original starters as well,” Brady said. “All of a sudden, the popularity got right back up to where it was.”

The overall approachability of the games has kept the franchise going strong, Nguyen said. New players get to experience the simplicity of the combat system for the first time while old players can pick up where they left off without a huge learning curve.

“Once you join in, there’s always new characters and Pokémon to enjoy and interact with,” Nguyen said.  “For younger players, they can go back to the older games as well.”

Raising Pokémon taps into every person’s nurturing aspect and is why the games are so addicting, broadcasting junior Sean Fuller said.

“It’s a built-in part of human nature,” Fuller said. “Seeing your own character progress alongside their Pokémon is a lot like owning a pet in the real world. It’s putting the same process of investing in another thing in a video game world.”

Watching your games come to life on a TV screen is the main draw of the series, biochemistry sophomore Jessica Tjahja said.

“It’s every kid fulfilling their fantasies on screen,” Tjahja said. “Watching Ash do the same thing you are doing, having these ambitions and working toward them made you feel like you could do that. I think the ability to progress as a kid and do something like this on your own is a huge influence.”

For biology senior Eugene Otiende, it’s the meaning behind the original phrase that will keep old and new players pushing the franchise forward.

“Every time you finish your collection, they add new Pokémon, and you have to get more badges, and collect more cards and so on,” Otiende said. “Imagine if you put your life’s work into a painting, and someone comes in and attaches a blank canvas to it. That’s Pokémon to me.”

I've heard about blind people playing the Pokémon video games, and last year I witnessed it firsthand here at the university.