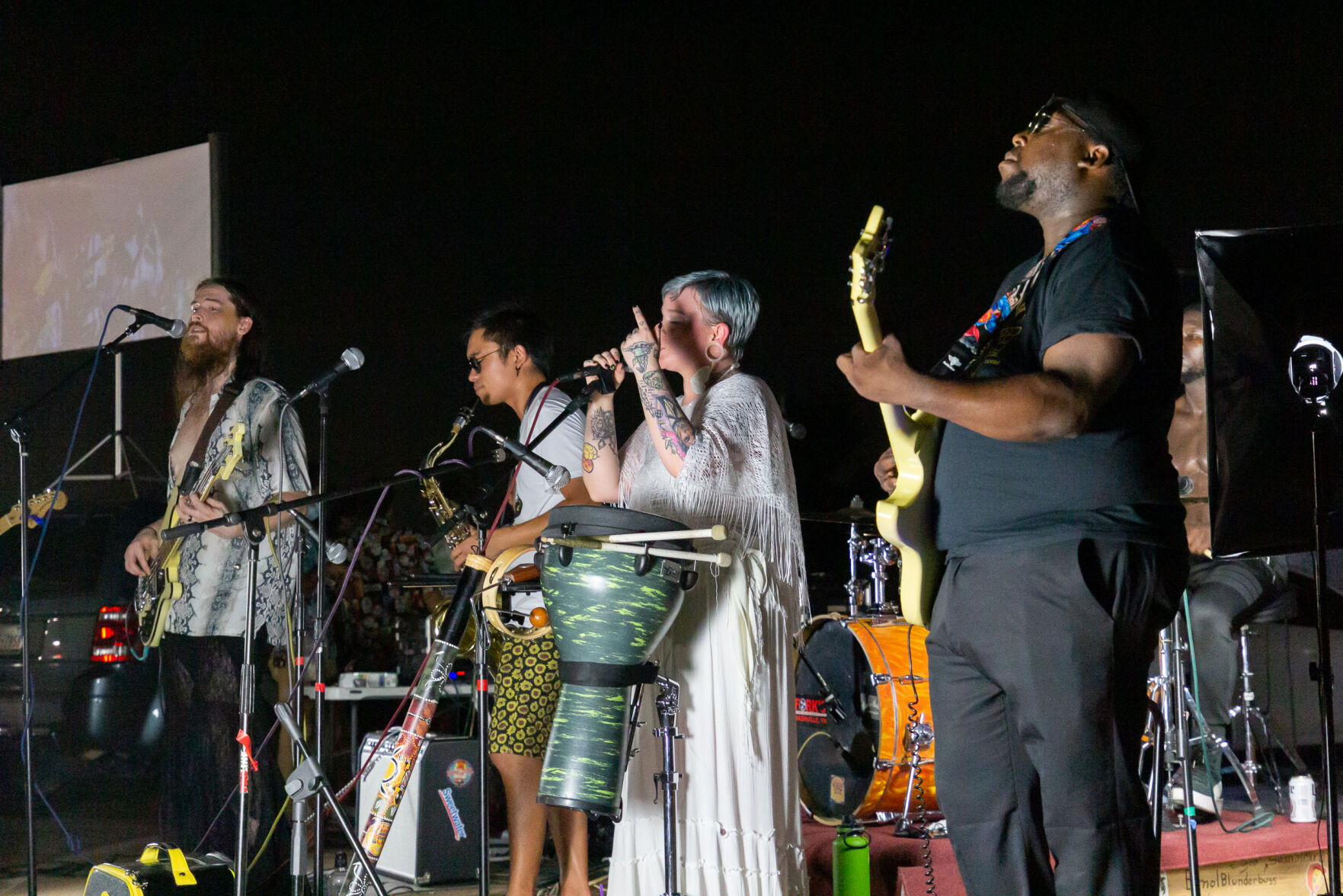 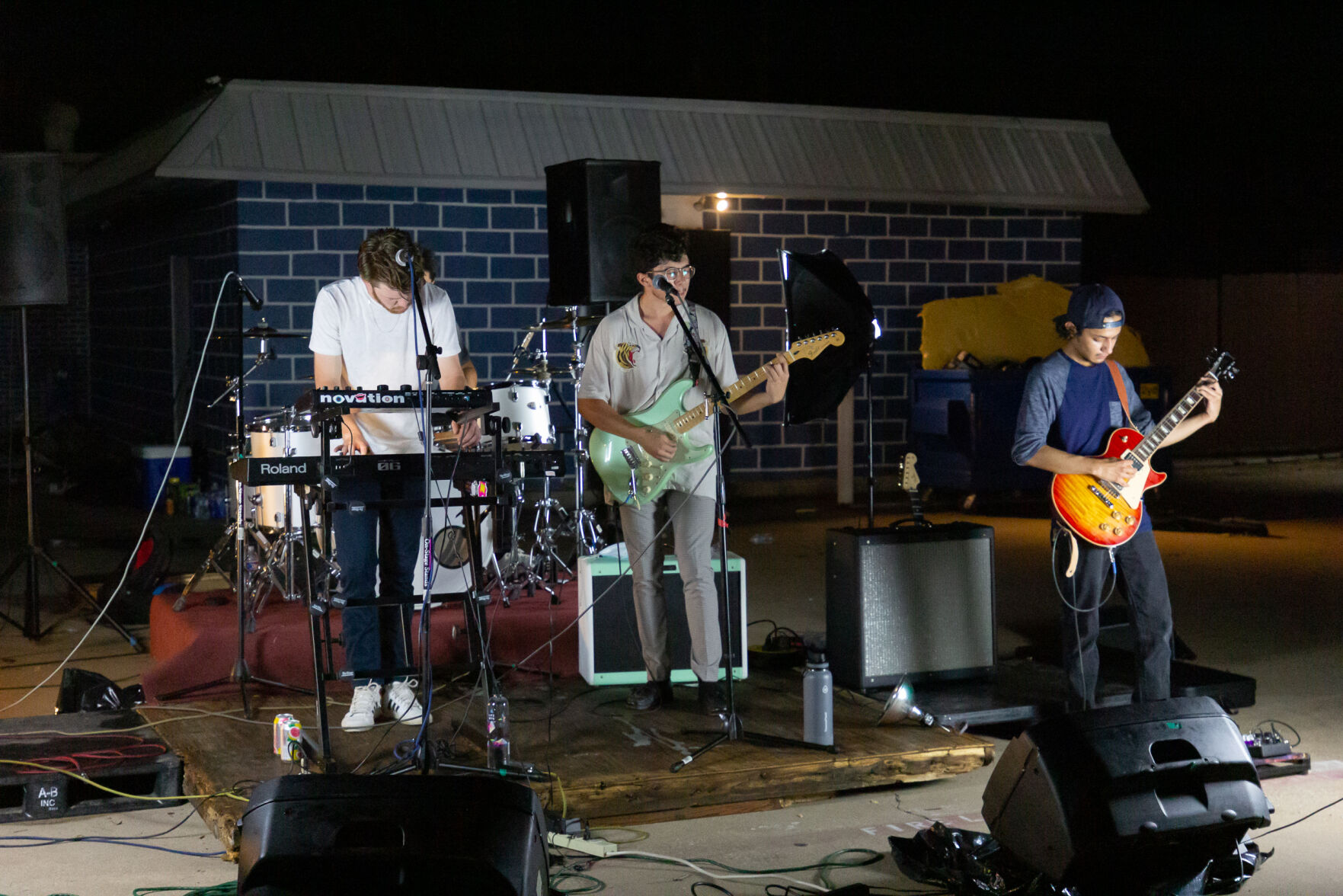 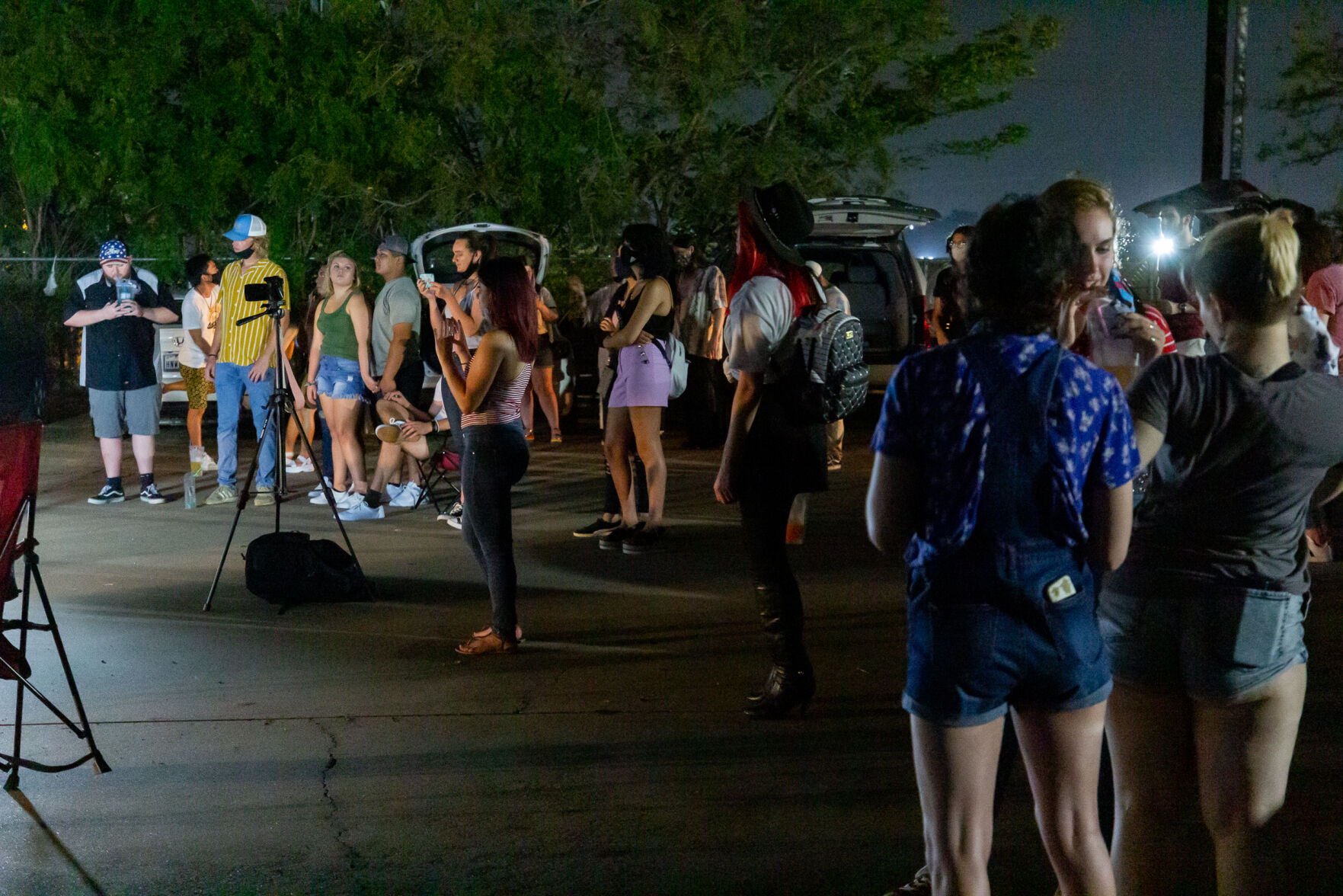 A crowd gathers around the stage during the Night Drive Drive-in Concert hosted by Arlington Oddities Aug. 29 at Division St. Icehouse in Arlington. Concertgoers waited in their cars as a strong storm moved through the area and delayed the start of the show. 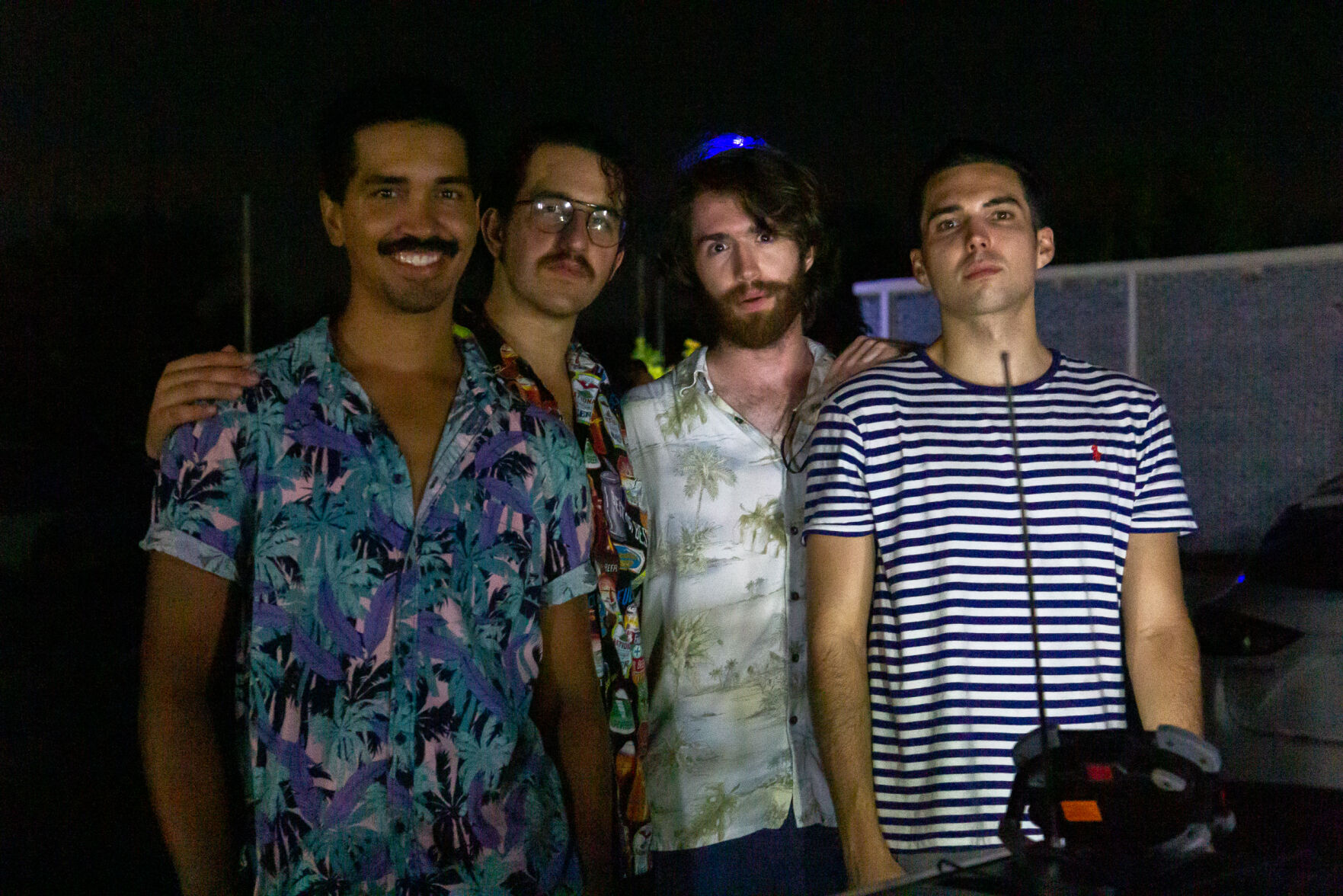 Members of Oddities Arlington at the Night Drive Drive-in Concert on Aug. 29 at Division St. Icehouse in Arlington. This group of local music enthusiasts hosts indie-rock shows around Arlington.

For the last few years, Oddities Productions has focused on building a local music and arts scene in the Arlington community. The COVID-19 pandemic has brought new challenges to the live music industry, but the local organization is finding fun ways to adapt and entertain.

Before starting his business, Eli Tomlanovich, architecture junior and Oddities Productions co-founder, entered into the world of live music over six years ago, regularly attending music shows and festivals. He joined The Football Team at UTA where he learned how to throw concerts, something he said he had wanted to do forever.

The Football Team: A Creative Collective is a UTA-based group with the purpose of cultivating the arts and culture scene in Arlington, according to a previous Shorthorn article. Since it is a student organization, Tomlanovich realized there was only so much he could do, and growth was limited.

“The Football Team serves a very important purpose. I’m still involved with it,” he said. “But I knew I wanted to kind of grow and establish a private organization that I could then take outside of the universe of student life and into my own life.”

Seeing his early success with local bars and working on other projects fed his hunger to build something of his own, he said. With the help of his close friend Kane Vinson, Oddities Productions was born.

Vinson, political science alumnus and Oddities Productions co-founder, plays in a band called Able Delilah. Before COVID-19, the band played around Arlington, and he considered it a part of “the Arlington arts renaissance.”

Able Delilah also played throughout the Metroplex, and Vinson said he noticed certain places, like Deep Ellum, were losing their charm. The local arts and music scenes were declining, and he thought they could fill the void by working with Tomlanovich.

“We just love local arts and music,” he said. “We were just kind of like, ‘Oh, we can help step into that space and rejuvenate [it].’”

Before the pandemic slowed down their operations, they booked at least two shows a week, he said. After most businesses closed, they had to cancel or postpone shows until they could find other ways to operate.

“We were seeing a lot of growth, and we were really on an uptick,” he said. “What’s been fun is finding ways to adapt in quarantine.”

After moving to Arlington in 2013 when Vinson started attending UTA, he didn’t feel there was a nightlife or downtown scene, he said. But he saw the potential and wanted to help with the development.

“I like seeing things grow and seeing things be created,” he said. “It’s been really cool to continue to be a part of that even after graduation”

The cool thing about Arlington is that it’s still developing, said Garret Martin, marketing and management alumnus and Oddities Productions production manager. You are here before most people will be. There’s a lot of money coming in the future because people are talking more about local art, but there’s not a lot of action now.

The time was right to birth Oddities Productions, Martin said. He found a community of people that he loves and supports while they support his goals, too.

Everyone should be working to help others that have the same goals as them, something that Arlington has been really good at, he added.

“It’s the concept of growing where you’re planted,” he said. “This is a home I built for myself, and [I’ve] discovered so many beautiful people doing just amazing things, very passionate people in the art scene.”

Tomlanovich said he has been throwing parties his whole life. In high school, he was the kid who threw the house parties.

Continuing their work through Oddities Arlington is something that’s important to him because he loves it, he said.

“I purely love it. Purely love it,” he said. “Putting together a concert, the work of it, a little bit of craziness day of, the things going wrong, and my team being good and communicative enough and in tune with each other enough to adapt and overcome, is so much fun.”

“I guess I don’t believe in there being a thing that you are meant to do, or ought to be doing,” he said. “If something gives you purpose and brings value into the world in some way, then that’s what you should be doing, and that’s what this is for me.”

They want to make people feel like part of a community and have a place to connect with, Vinson said.

“It’s kind of the difference between buying your groceries from Walmart and buying it from the local grocer or the farmers market,” he said. “It just feels good. You’re contributing back to your community and spreading the support and the love and the wealth.”

For more information or to connect with Oddities Production, you can visit their Instagram @oddities_productions.