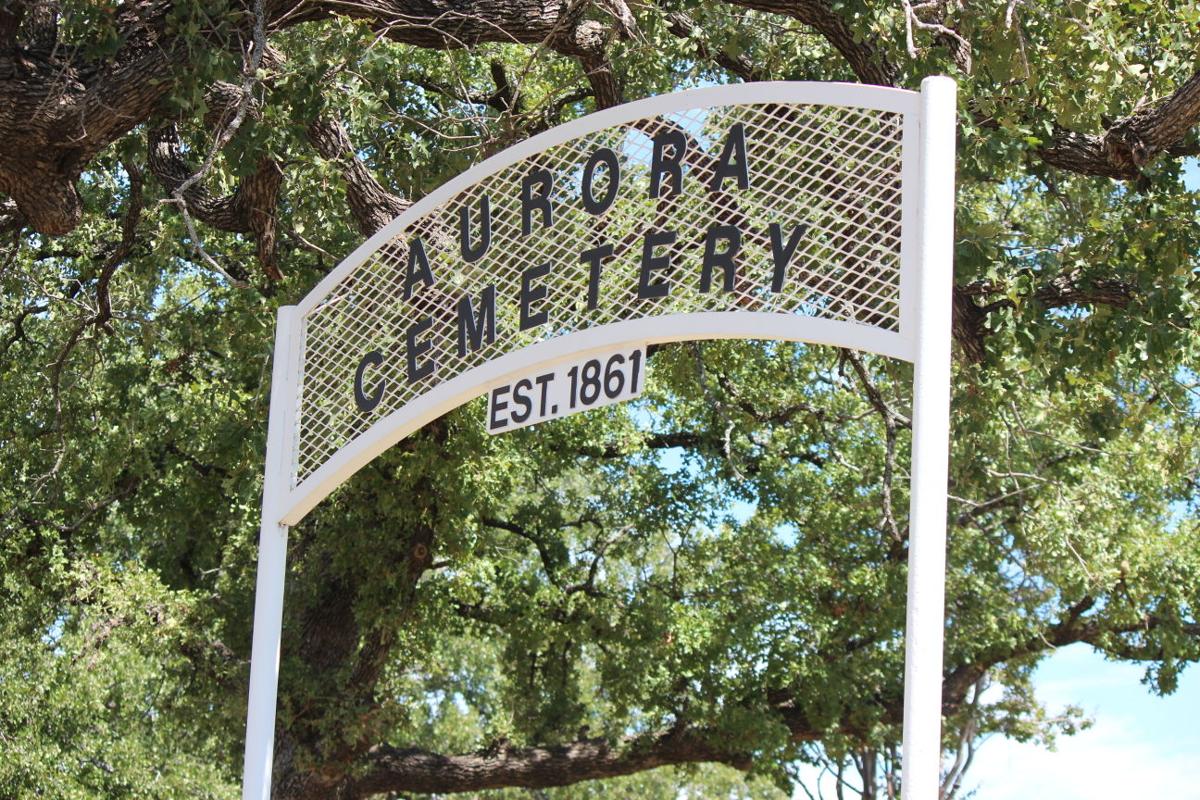 The historic Aurora Cemetery where local legend purports a visitor from another world is buried. 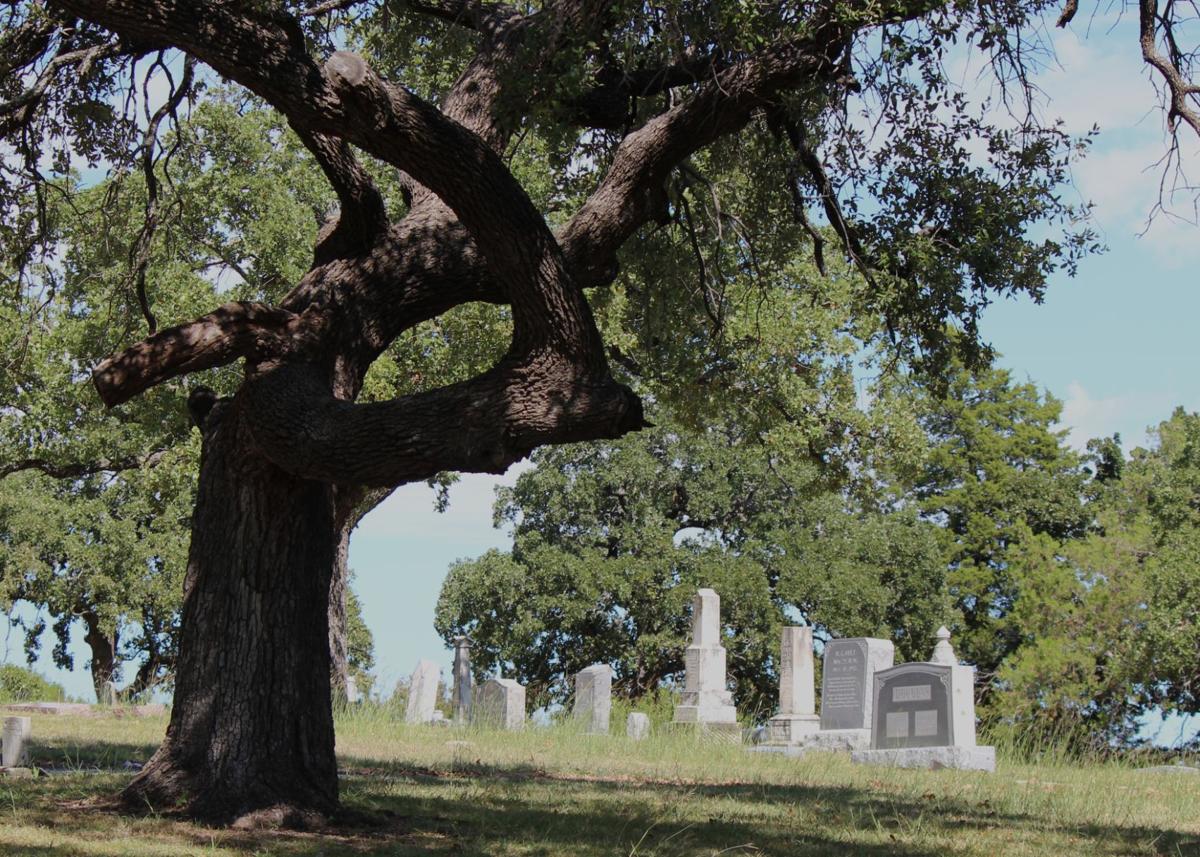 Legend says the pilot of the craft is buried within the cemetery, under this live oak. 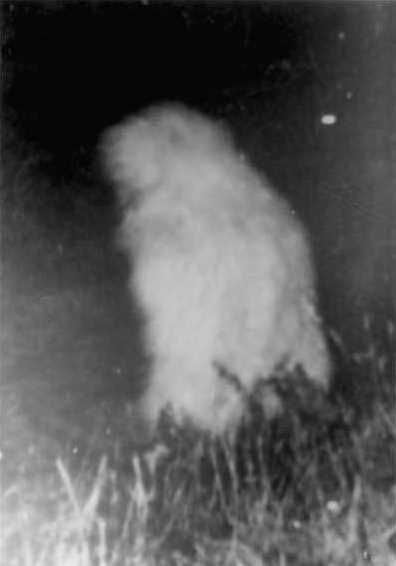 Fort Worth resident Allen Plaster took this photo of the legendary creature with his Polaroid camera in 1969. Plaster said the creature was most likely a prankster.

The historic Aurora Cemetery where local legend purports a visitor from another world is buried.

Legend says the pilot of the craft is buried within the cemetery, under this live oak.

Fort Worth resident Allen Plaster took this photo of the legendary creature with his Polaroid camera in 1969. Plaster said the creature was most likely a prankster.

Halloween is over. The ghosts and goblins are seemingly packed away for another year, but strange things in the Metroplex are a year-round affair.

Nick Redfern, author of several books relating to mysterious creatures, the supernatural and UFOs, as well as a frequent guest on the History Channel’s “Ancient Aliens,” spoke about several weird tales within driving distance of Arlington.

Aurora, Texas and Lights in the Sky

Roswell may be the most famous purported UFO crash in the United States, but a town northwest of Fort Worth boasts what may be one of the first, Redfern said.

“The Aurora case is very important for several reasons,” Redfern said. “One is the time frame of 1897. This was long before the term flying saucer was coined.”

An airship flew over the town square before crashing into a windmill and killing its pilot, according to an account in The Dallas Morning News. A pilot was described at the time as “not an inhabitant of this world.”

“What’s particularly interesting is that in many ways the story parallels the famous Roswell event,” Redfern said. “The idea of a UFO malfunctioning and crashing to earth, and this small, diminutive, dwarflike pilot that was allegedly found onboard.”

According to the legend on a state historical marker outside the town cemetery, the pilot was killed in the crash and a funeral was held, with the pilot buried in an unmarked grave.

The accuracy of the event was questioned when new information came to light claiming the original reporter fabricated the story in an effort to bring visitors to the small town, according to a 1979 Time magazine article.

Redfern said he doesn’t rule out the idea that the legend could have taken a life of its own, but still finds the story intriguing based on the newspaper reports of the day.

“Sometimes the newspapers of the era did sort of stretch the truth,” he said. “We can never rule out the idea completely of it being a hoax, but I still think there are enough links to the story to keep it flying high, but it could still go either way.”

Fiction or not, Aurora continues to tout the story as a defining moment in its history and a continued draw to the town.

“We used to have a marker up in the cemetery, but it’s been stolen several times,” Aurora city administrator Toni Kelly-Wheeler said. “We encourage anyone to come out to see the site, but ask that they be respectful because it’s still a functioning cemetery.”

Since the Aurora incident, the Metroplex continues to see its share of UFO incidents, Redfern said.

“The most recent would be the events in Stephenville,” he said. “What was interesting is that you had credible observers, like you had pilots, you had police officers, people that are trained to recognize what goes on in our skies, reporting phenomenon.”

In 2008, Stephenville made national news with reports and video of strange lights in the sky. While the Air Force Reserve claimed responsibility for the formation, Redfern said whether military or otherworldly, the event was still notable.

“There’s no doubt that the more our technology advances, the more and more difficult it’s going to be to differentiate between the two,” he said. “I think we need to remember that UFO doesn’t mean an alien spacecraft, it means that it’s something that’s flying in the sky that’s unidentified.”

The Lake Worth Monster and Out of Place Animals

Not all of the weird sightings in the cities surrounding Arlington come from alien visitors. During the summer of 1969, The Dallas Morning News reported several sightings of a mysterious creature, coined The Goat Man, around Lake Worth.

“Goat Man legends can be found throughout history and mythology, not just in the U.S.,” Redfern said. “Across the United States there are a number of stories of Goat Man-type creatures, which are clearly not flesh and blood.”

While the Goat Man may swing more to the side of myth, witness accounts of the time sound more in line with descriptions of Bigfoot, Redfern said.

“Many of the witnesses talked about seeing a large, lumbering creature that was kind of a grayish-white color,” he said. “That has given rise to the idea that within the field of cryptozoology, which is the study of unknown animals, there are a number of reports of white Bigfoot.”

Redfern said that while he believes people are seeing something strange and unusual, the idea of mysterious creatures and unexplained phenomena also appeals to a yearning within the human psyche.

“The idea itself that there could be unknown animals lurking deep in the woods, or strange, long-necked creatures living in the lakes, it appeals to the side of our subconscious that harkens back to that period when there really were things out there that we didn’t know about,” he said.

In addition to the creatures of myth and legend, Redfern said he also looks into reports of out of place animals in the Metroplex.

“I’ve heard of a number of people that have reported in downtown Dallas sounds that seem very similar to the sounds of mountain lions,” he said. “It’s a major stretch to say that anything like this is running around downtown Dallas, but I wouldn’t be surprised if there were some very large feral cats in the area.”

Redfern said reports of a river monster in the Trinity drew his interest recently, but he believes these sightings may be of large alligator gar, known to grow to massive sizes.

“There are reports of these things growing up to 14, 15 or 16 feet in length, and that may be what people are seeing in the river,” he said.

While some may discount the idea of mysterious creatures, the idea that the human race has catalogued everything in the world is an arrogant idea, Redfern said.

“There are a lot of parts of the planet that are still not that well explored,” he said. “I don’t rule out that there are secrets still to be found, and I’m happy to be the guy who goes looking for them.”