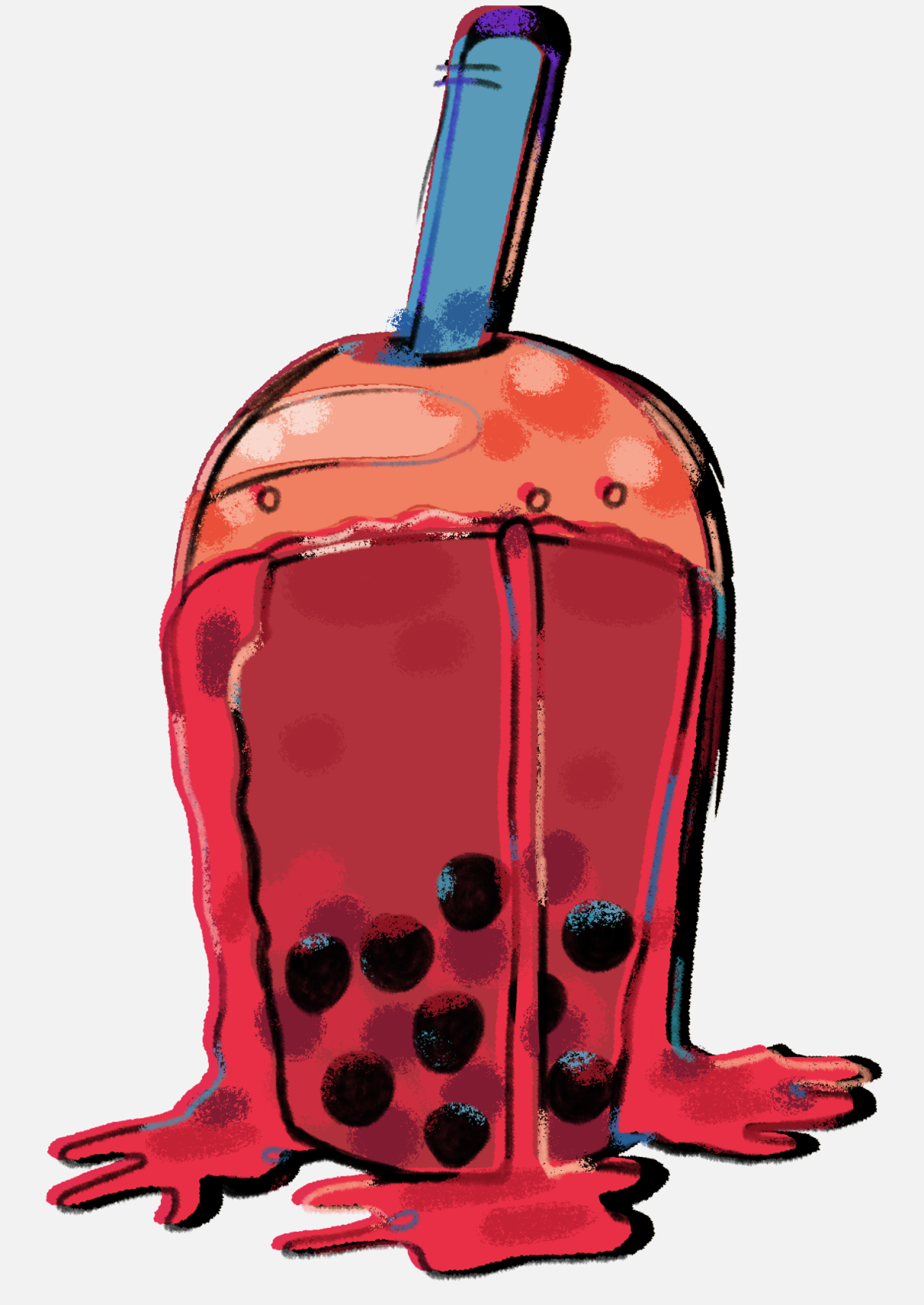 In less than four decades, boba tea migrated from Taiwan to America and rose as one of the trendiest teas in the country.

This semester, UTA contracted Tea Co., a boba tea shop housed in the University Center Plaza, where the Short Line was originally located.

About 1/4th of an inch in diameter, boba requires a fatter straw than a regular beverage, and many boba tea drinkers enjoy slurping and chewing the pearls of tapioca.

While many people can’t handle the squishy, chewy consistency of tapioca balls, Jessica Smith, history and anthropology senior, said she enjoyed the fresh take on tea. As a regular tea drinker, she drinks iced tea throughout the week and enjoys a cup of boba tea a couple times a month.

She said her favorite boba drink is green tea mixed with popping boba. Originally used as a frozen yogurt topping, popping boba is much like regular boba but emits a burst of fruit-flavored juice once popped.

“They infuse different flavors into it, and then you have the pops that have flavor,” she said. “It’s different, it’s fun.”

Growing up in India, computer science junior Gaurav Ajariwal said he often drank chai tea, but he opened up to the American boba tea trend when he came to the states.

The only reason to get boba tea is for its unique, almost rubbery texture, he said. When he gets it with his friends, he said he generally sticks to smoothies mixed with boba.

Although boba is traditionally mixed into milk tea, it’s become a popular smoothie ingredient while branching into different types of milk tea, according to Lindsey Goodwin, food writer and tea expert, in her article "Bubble Tea 101: Types, Ingredients, and More."

With black, green, oolong or white tea as a base, the drink can be mixed with other milk alternatives like condensed milk, coconut milk, ice cream or soy milk. Aside from tapioca, people also drink their tea with fruit or jellies mixed into it.

In a 2017 Food and Wine article, Priya Krishna, an Indian American food writer and contributor to publications like The New York Times and Bon Appétit, broke down the history of boba tea.

Krishna said boba culture began in Taiwan in the late 1980s. Milk tea (the basis of boba tea), shaved ice and tapioca balls were already common staples in East Asia at the time.

One summer, a food stall owner combined the three ingredients: tapioca on the bottom, covered by a layer of shaved ice and filled up with milk tea.

The new concoction became known as boba, which is a slang Chinese term for breasts, according to Merriam-Webster. The term referenced the spherical shape of tapioca balls, Krishna reported.

Boba quickly spread throughout Taiwan, and different food stall owners began modifying the drink to fit their own tastes and to work with their food stall ingredients. Boba tea began to include fruit, fruit powders and syrups, which were less expensive and lasted longer than actual fruit.

Grass jelly, almond jelly, egg pudding and red beans substituted tapioca balls. The milk in milk tea was switched to a nondairy creamer, which is more shelf-stable, and the drink became known for its sweet, creamy taste.

Before long, boba tea migrated from Taiwan to America and has since become a unique, trendy and popular drink throughout the states.

Bonnie Taub-Dix, New York-based registered dietitian nutritionist, BetterThanDieting.com creator and author of Read It Before You Eat It: Taking You from Label to Table, said boba tea has evolved to the point where it can’t really be considered tea anymore.

“It kind of morphs into this sugar bomb once you put all this stuff together to make bubble tea,” she said. “In most cases, bubble tea has more calories than a soda.”

With its combined brown sugar, white sugar and heavy cream, boba tea shouldn’t be classified as traditional tea, she said. It should be its own drink altogether.

Ajariwal said he doesn’t drink boba tea very often because of the sugary side effects.

For him, boba tea is a hit or miss, depending on the store’s menu and how the employees mix the drink. Often, it’s too sweet for his taste, but he said it’s certainly a worthwhile drink to try.

From Scratch: Ramen, a ubiquitous dish that transcends culture and class in culinary creativity

A dish rich in both history and variety, ramen has made an impact on people across the world, offering either a true gourmet experience or an easy-to-fix comfort food.