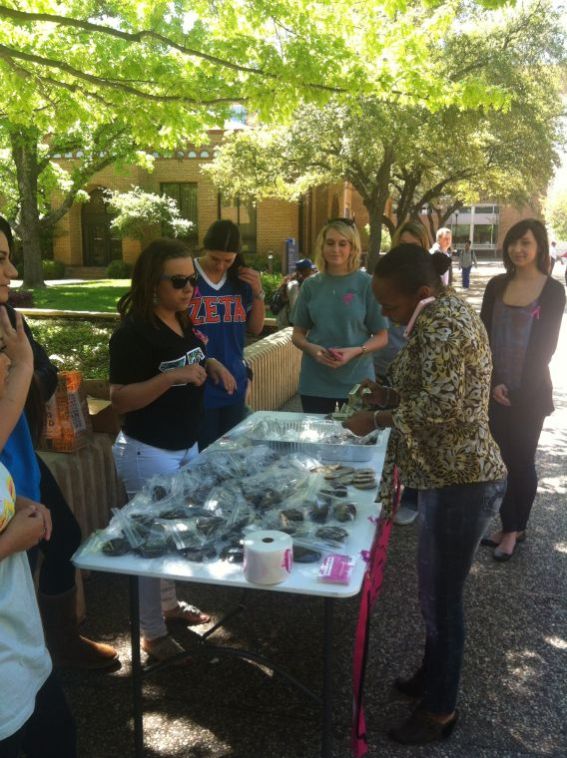 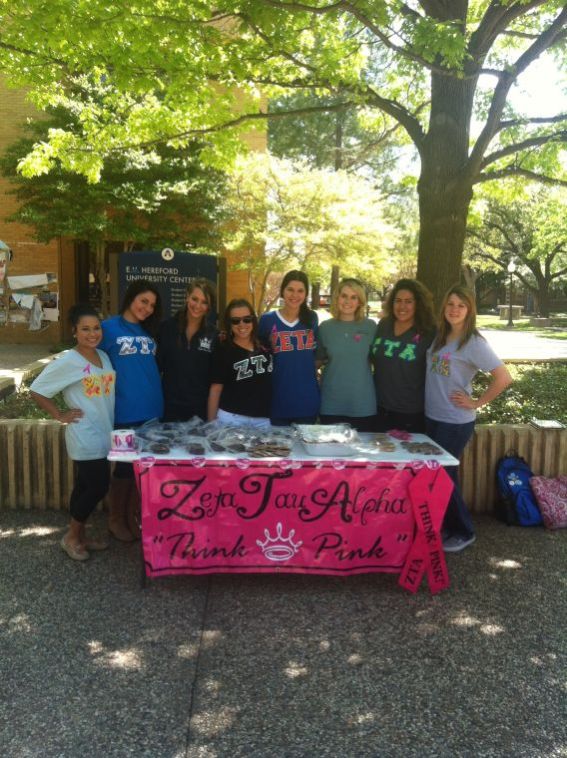 The Zeta Tau Alpha sorority sisters stand by their booth during their bake sale to benefit the Think Pink Foundation.

The Zeta Tau Alpha sorority sisters stand by their booth during their bake sale to benefit the Think Pink Foundation.

The event, which lasted from 11:30 a.m. until 1:30 p.m. today on the University Center mall, is a part of Derby Days, said undeclared freshman and Zeta Tau Alpha sister Jaclyn Engel.

All proceeds from Derby Days go toward the Hunstman Cancer Institute, he said.

“There’s already been an improvement from last week,” Barrow said. By 12:45 p.m., she said the sisters had already earned $50 more than the week prior.

The Zeta Tau Alpha sisters plan on the bake sale becoming a weekly event, following an event last week with another planned for Monday, said Barrow.