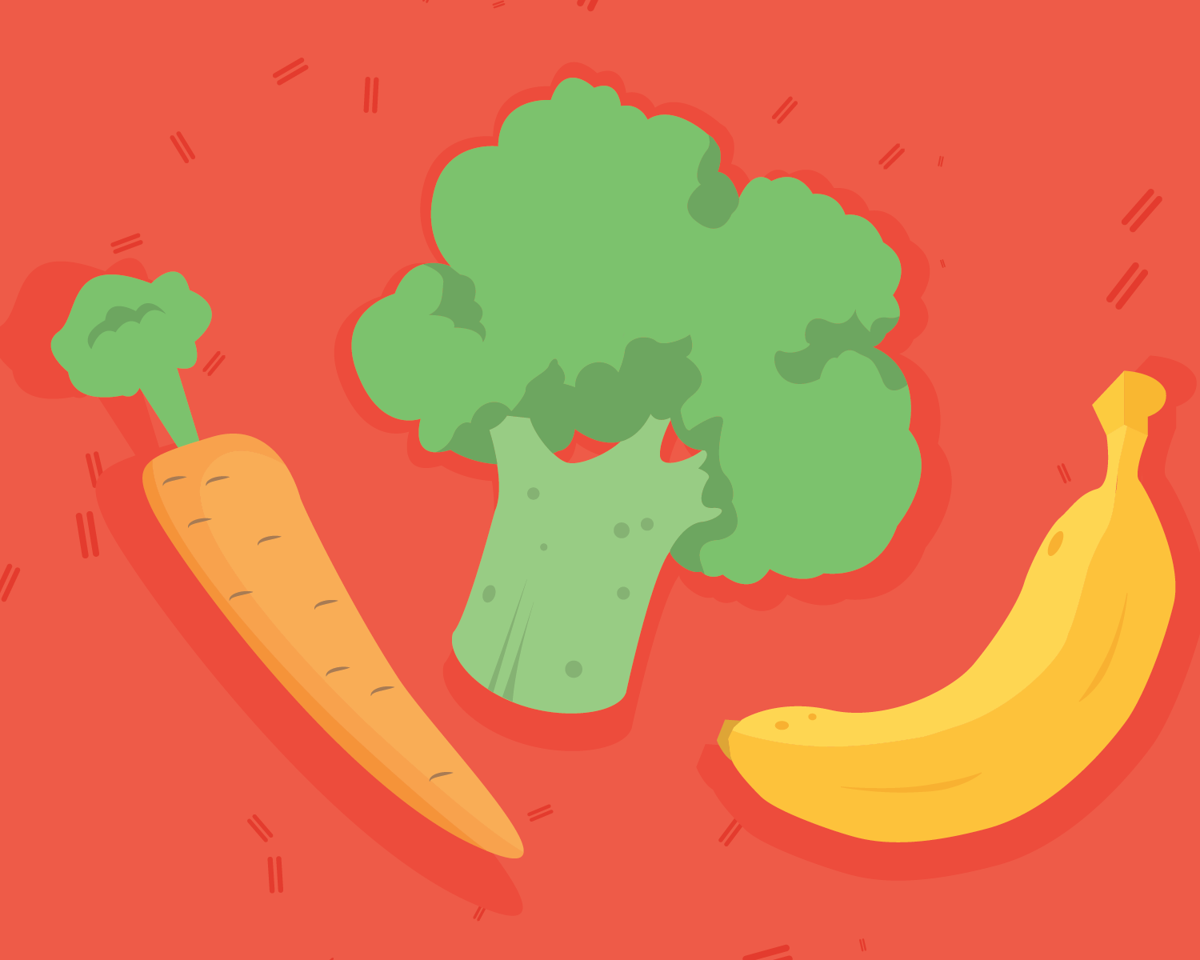 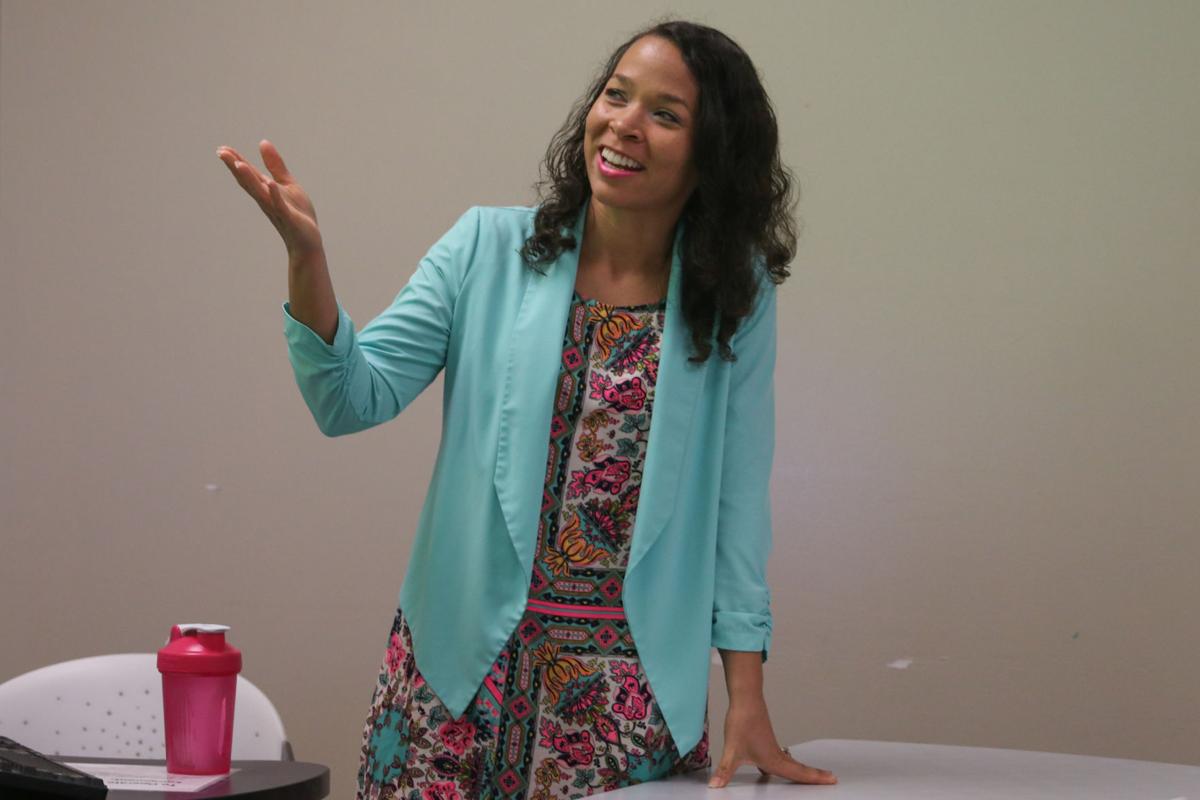 When thinking about a new diet regimen, the internet might seem like the best way to start your search. Magazines and social media are often full of nutrition claims, but what’s real and what’s just wishful shrinking?

The Food For Thought: Top 10 Nutrition Myths event shared the most common misconceptions about nutrition as well as things students can do to maintain a healthy diet.

Before investing in that tummy tea you saw on Instagram, here are some common nutrition myths shared on Wednesday.

1. Detoxes should be a part of your regular routine

Weight loss detox products are often advertised by Instagram influencers in the form of teas and juices.

The body already detoxes through the kidneys and skin.

The reason people feel like juice cleanses or detoxes work is because they often involve a change in diet along with the product, which is what is really making them feel better. There is no special power in detox beverages, said Stacie Ellis, a registered dietitian nutritionist on campus.

People who claim their detoxes worked probably experienced symptoms from their changed diet, she said.

This myth is commonly believed by people wary of estrogen intake, Ellis said. A compound in soy, genistein, is similar to estrogen, which is linked to the buildups of fat in women that people are so scared of.

“Estrogen is not a bad hormone,” Ellis said. In fact, estrogen can help individuals lose weight. When women are undergoing a menstrual cycle, they have a decrease in estrogen, which causes an increase in appetite, so an intake of it can have the opposite effect, she said.

Genistein isn’t just found in soy. The compound is found in other common foods such as chickpeas, broccoli and peanuts.

Although this does have some truth, it’s important to note that not all carbs are the same, Ellis said.

Various combinations of increased protein, carb or fat diets can result in weight loss. Most have probably heard of the ketogenic diet, which is high in fat and low in carbohydrates.

The common misconception is that if someone eats late, then it will be stored as fat during sleep. However, food takes hours before it gets to that stage in storage anyway, Ellis said.

Food is energy, and if you don’t use it then it will be stored as fat, regardless of if you are asleep or not.

5. Calories in equals calories out

Calorie intake is not always directly related to weight gain. Calories within foods such as fruits and nuts will not always equal the amount of calories that are absorbed by your body, Ellis said.

Fibrous foods require more energy to break down, which can also burn calories as they are taken in.

Foods such as grains, pears and almonds all contain a high fiber content.

6. Since herbs are natural, they are safe

If you’ve ever been to Sprouts Farmers Market or Whole Foods Market then you’ve probably seen the extensive herbal “supplement” aisle.

Many herbal supplements are not FDA approved, and mislabeling is common in these, Ellis said.

Something “natural” does not always equate to safe. Some medication, such as aspirin, can be considered natural because of its natural origins.

Ellis said that unregulated supplements have side effects, and people should practice caution when wanting to try out an herbal supplement. Seek professional advice, not just a book or a store associate.

7. The vegan diet is the healthiest diet

There are benefits to being vegan. However, most people don’t get all of the nutrients their bodies need from a vegan diet.

People on vegan diets should be knowledgeable about where to get proper nutrients from and have to eat a lot of food to get the proper amount, Ellis said.

One thing vegans don’t have to worry about is protein. Contrary to popular belief, vegans and vegetarians are not going to wither from a lack of protein found in meat.

Only 1 percent of the population has celiac disease, and only 6 percent has gluten sensitivity. It’s not very common for individuals to be intolerant of gluten.

“A lot of people misdiagnose themselves as gluten intolerant when it’s just a gut problem,” Ellis said.

Gluten free options can also contain more fat and often contain ingredients used to substitute gluten that are not good for you, she said.

9. You should eat five times a day

The thought is that this increases your metabolism.

Studies show that participants end up eating too many calories, which negates the intended effect, Ellis said.

10. Raw foods provide enzymes that are essential for your body

The acid in your stomach will destroy proteins, including enzymes from raw foods, upon consumption. The value in raw fruits and vegetables is more in their nutrients and not enzymes, Ellis said.

However, Ellis doesn’t recommend cutting raw food from your diet. Raw fruits and vegetables contain vitamins and minerals, such as Vitamin C, that are not available when you cook them, she said.

Ellis also believes that some cooked foods, such as tomatoes and broccoli, have more nutrients cooked than in their raw form.