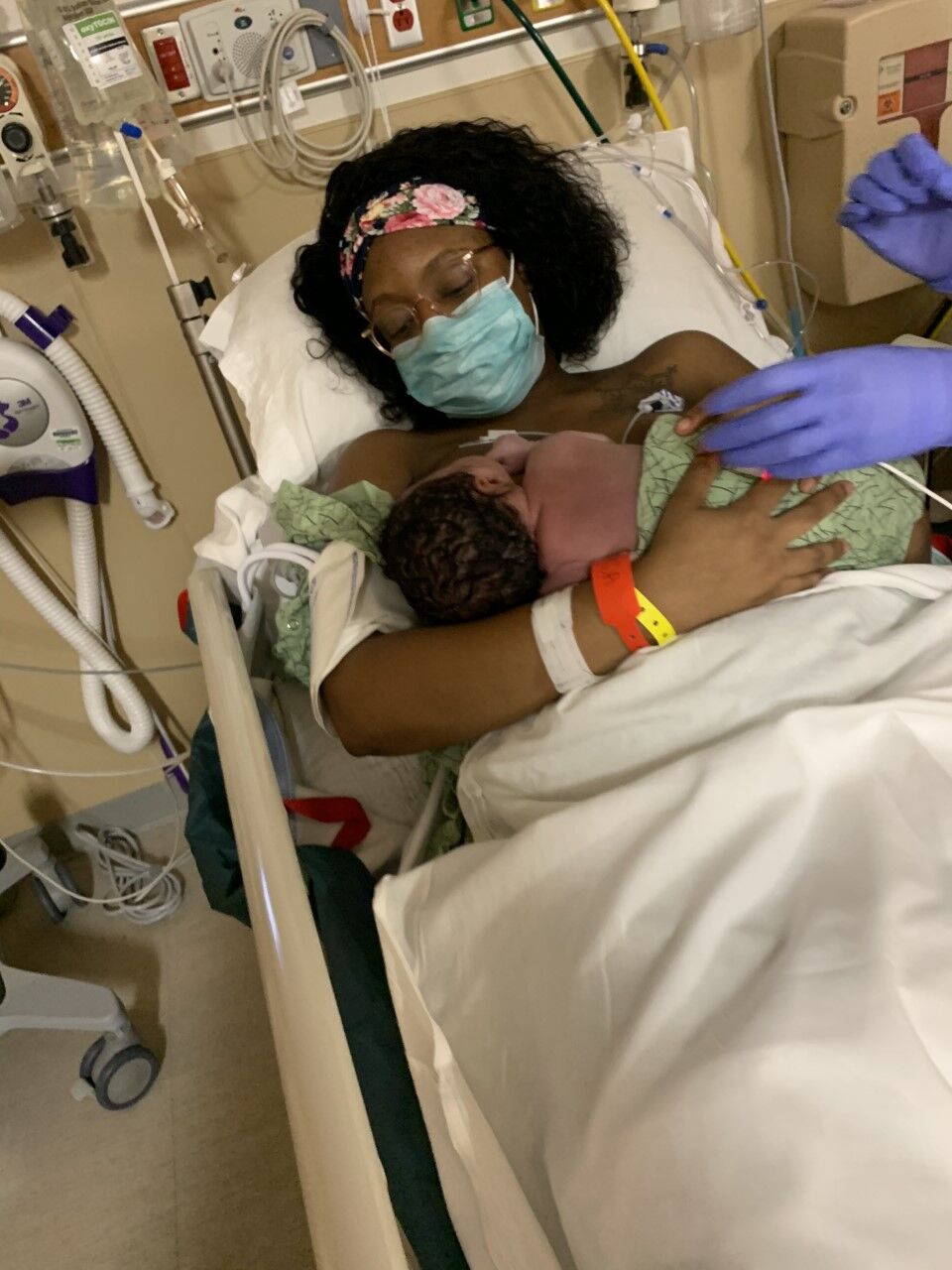 Psychology alumna Eleisha Lott holds her baby, Lincoln Grey, for the first time two hours after his birth via C-section on February 25. 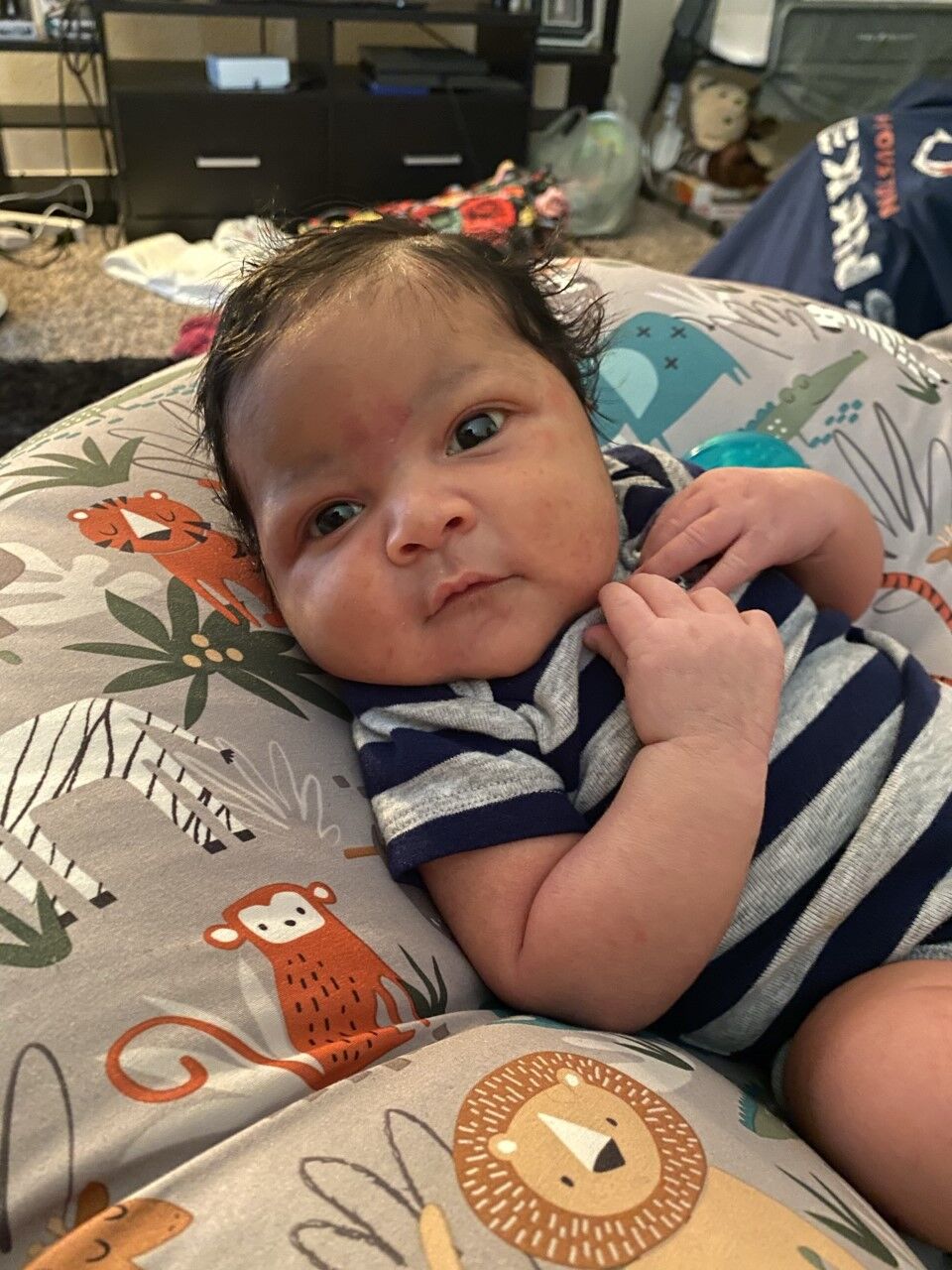 Psychology alumna Eleisha Lott holds her baby, Lincoln Grey, for the first time two hours after his birth via C-section on February 25.

When she first found out she was pregnant, psychology alumna Eleisha Lott felt overwhelmed.

It’s not an abnormal feeling for a new parent, but Lott knew her pregnancy experience would be anything but normal. She had just moved to a new city, and discovering she was pregnant, especially during a global pandemic, was scary. It was a lot of significant changes all at once, she said.

She wanted to be excited about her pregnancy, but it was difficult since no one she spoke to understood what it was like to be pregnant during a pandemic, Lott said. Other people gave their own experiences, and although it was nice to hear, things were different for her with COVID-19 in the mix.

According to Frontiers in Global Women’s Health, the rate of anxiety among pregnant women has more than doubled since the pandemic began.

The whole time she was pregnant, Lott felt an underlying fear for herself and her baby because she wasn’t sure if they were more at risk for the virus, she said.

Along with health-related concerns, Lott had to adapt the ways she celebrated her pregnancy.

She had her baby shower through Facebook Live, where she opened presents on camera and thanked everyone who gifted her something. Her gender reveal in October was strictly immediate family, and when it came time for delivery, her boyfriend was the only one present.

Lott said her boyfriend was also only allowed to come to her first ultrasound. She had to go to the rest of her appointments alone, and it was tough for her to go through that without support.

Rhonda Fuselier, Women’s Services nurse manager at Texas Health Huguley Hospital Fort Worth South, said that for many parents, going to appointments and being there for moments like hearing a baby’s heartbeat for the first time is important for bonding.

Fuselier said many people dream about what their pregnancy and delivery are supposed to be like. They have a certain expectation for what’s going to happen, and it can often be disheartening when it isn’t everything they envisioned it to be.

Upon admission, every pregnant woman is screened for COVID-19.

This way the staff knows how much personal protective equipment to wear and doesn’t overuse supplies when it’s not necessary, Fuselier said.

Her personal observations align with Centers for Disease Control and Prevention findings that the virus doesn’t heavily impact babies. But social distancing and mask precautions remain, she said. Moms are scared to death for the sake of their baby and usually don’t want to take any risks.

Lott said the hospital was so secure that when she went to deliver, she had to call someone inside to let her and her boyfriend in.

Although she was glad to have less contact with others, Lott said it was disappointing that her family wasn’t able to meet her baby in person. She made a lot of FaceTime calls from her room instead.

With the nursery closed because of the pandemic, the only time her son left her side was when he got his first bath. Lott called the lack of visitors “a blessing and a curse” because it allowed her, her son and her boyfriend to bond as a family first, but there were others she wanted to see.

Edna Burciaga, nursing alumna and neonatal intensive care unit nurse at Medical City Children’s Hospital in Dallas, noticed that most of the parents she encounters are very cautious with their babies.

Many parents don’t want to expose their child to anything, saying they’d wait six months or even a year before letting their extended families meet the baby.

It’s a drastic change because big families used to pack the rooms, she said.

Burciaga said the hospital she works at is just now starting to be less stern with visitations. It used to be one person in the room at a time, but within the last month, two people have been allowed.

Surprisingly, Lott said she had a very positive experience overall. With doctors paying close attention to her needs and friends and family calling to check on her mental health, she felt fortunate despite the circumstances.

For mothers who are nervous about having a baby during the pandemic, Lott said to remember to take care of yourself.

Going into a pandemic pregnant is hard because you lack immediate access to others. But doing little things you enjoy, like going out for walks, will add up to make your experience a lot better, she said.

It’s important to look on the bright side when you can. Her son now is over three weeks old, and it feels like it’s gone by so fast, Lott said.

With fewer distractions, all she did was go to work and go home, and she was grateful to have had that extra time to cherish her pregnancy, Lott said.