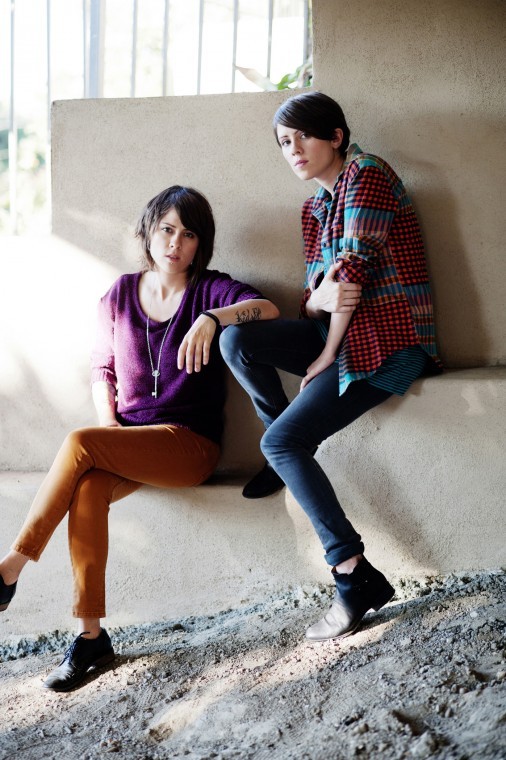 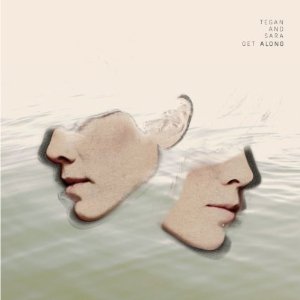 Fun and quirky energy swept over Strauss Square as the Canadian pop rock duo Tegan and Sara began to play. Fans traveled from near and far to see the twins perform in Dallas.

The band performed a refreshing mixture of songs, including music from the upcoming album Heartthrob, not scheduled to hit stores until January.

Tegan and Sara brought in a variety of fans to their show; some sat in the grass listening to the music in a very mellow state, and others were so excited it appeared they couldn't stand the energy buzzing within them.

Sara Quin playfully said if she were at this concert, she would be one of the people sitting on the grass because she’s getting old.

Chel Wardell is a guitarist who traveled from Sherman to see the show. She was excited to the point of jumping up and down, saying the band has had a large influence on her musically, and she often covers the band's songs.

“I can’t actually believe Tegan is right here, this close to me,” Wardell said.

Rachel Laviola said she has been a fan of the band for around seven years.

“I was very skeptical because I wanted them to play the old stuff that I loved," she said. "But I like the new stuff a lot too.”

The sisters playfully poked fun at their jumps between acoustic indie rock and contemporary pop music. Fans seemed to receive all the music well as they jumped and sang along with their favorite songs and swayed with the unknown.

“The banter was really good,” said Masud Zari, another longtime Tegan and Sara fan. “They play really well off of each other, and it was a really chill environment.”

Laviola was not alone in showing love for the new music. Zari said his favorite part about the concert were the new songs.

“I like how their sound is always growing and they are always changing,” Zari said. “You could pull a random song from each album and I could tell you where it’s from because their sound is so specific.”

The crowd seemed to show more courtesy to each other than is usually found at a concert setting. Maybe this was because the crowd was largely made up of women, or perhaps it was just the lighthearted feeling in the air as the music played.

“It wasn’t so crowded where you couldn’t breathe,” Laviola said. “It was perfect. Everyone could see the stage. It was the perfect amount of people and everyone was really nice. If you didn’t go, you really missed out.”

For a heads up on more Metroplex events, follow Camille Suttles on Twitter @camillersuttles or shoot her an email at camille.suttles@mavs.uta.edu.

Sara Quin of Tegan and Sara answers questions about 'Heartthrob'

[SoundByte] Tegan and Sara’s latest album ‘Get Along’ gives a live, acoustic look at the sisters’ history

Tegan and Sara’s latest album Get Along doesn’t feature any new content. The live album is l…

I am a Broadcast/Journalism double major and Theater minor. I love art and culture. I want to spread happiness and understanding.