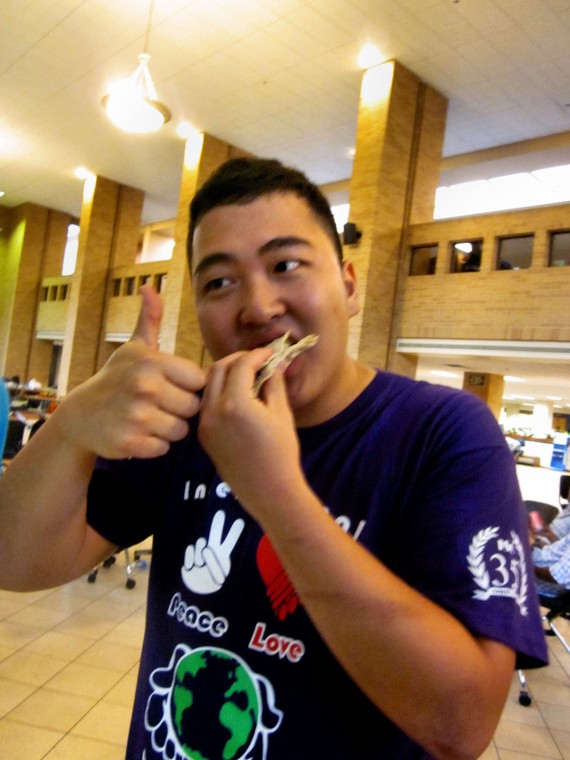 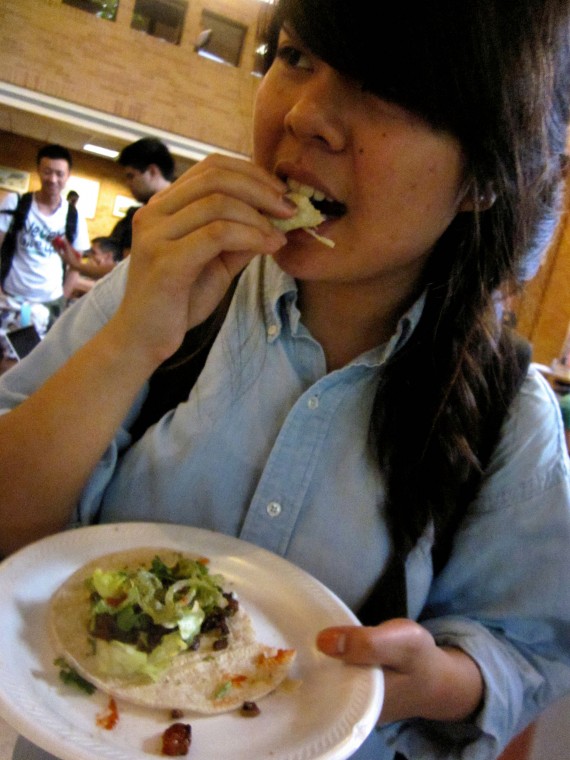 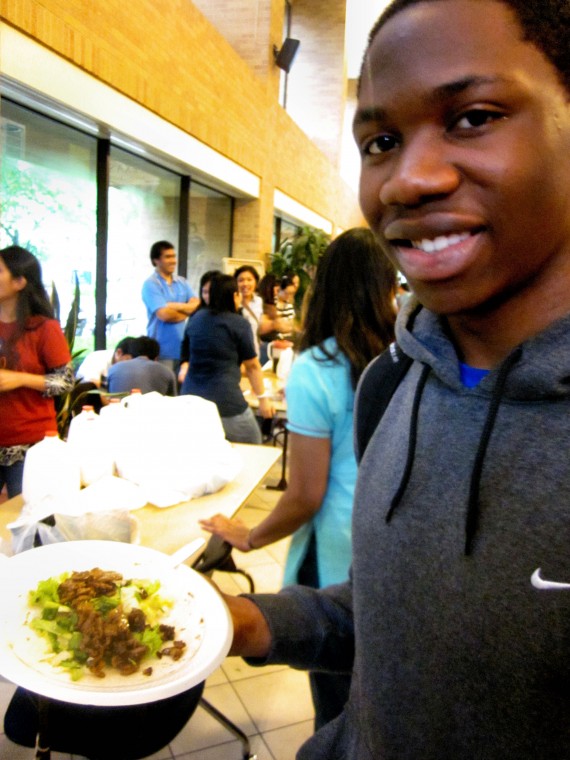 Last week, the Asian Student Association and Vegan Club collaborated at the International Food Fair under the theme of bulgogi tacos. Bulgogi tacos are a street fusion food — basically they are Korean-style tacos. They’re traditionally made with beef, but ASA wanted to offer an alternative to students at the fair, so we teamed up with them to make vegan bulgogi tacos, made with marinated tofu and mushrooms.

We hadn’t expected a tornado — at the most we expected a brief period of sprinkling rain and were prepared with an emergency tablecloth to cover the food in that situation. However, the tornado warnings got worse and once the MavAlert was sent out, the sale had to move inside. I was stuck in class, but luckily I was able to keep up with what was happening via The Shorthorn and social networking with the students running the sale.

Despite the storm, we had a great turnout at the sale. After my class, I got to catch up with some of the students inside the University Center to ask them what they thought of the vegan bulgogi tacos.

Check back Wednesday for the recipe!{jathumbnail off}

"'I’m Korean, so I grew up eating the beef version. It tastes delicious.

The flavor is really great — definitely make these again next year."

"I really enjoy this. I can’t even tell the difference between this and meat. The sauce makes it really good."

"Wow, this is so good. It’s a good thing the storm let up so I could come

try this. I love tofu, and I wish UTA had more food like this."