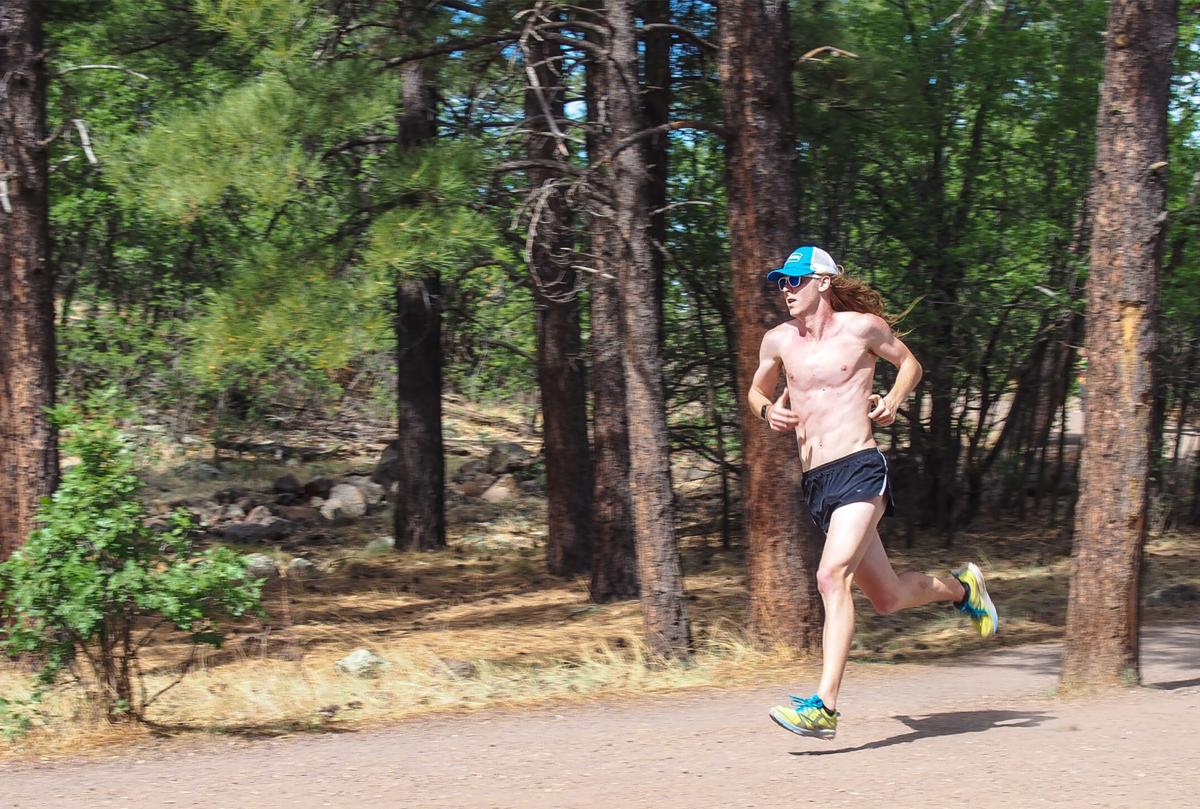 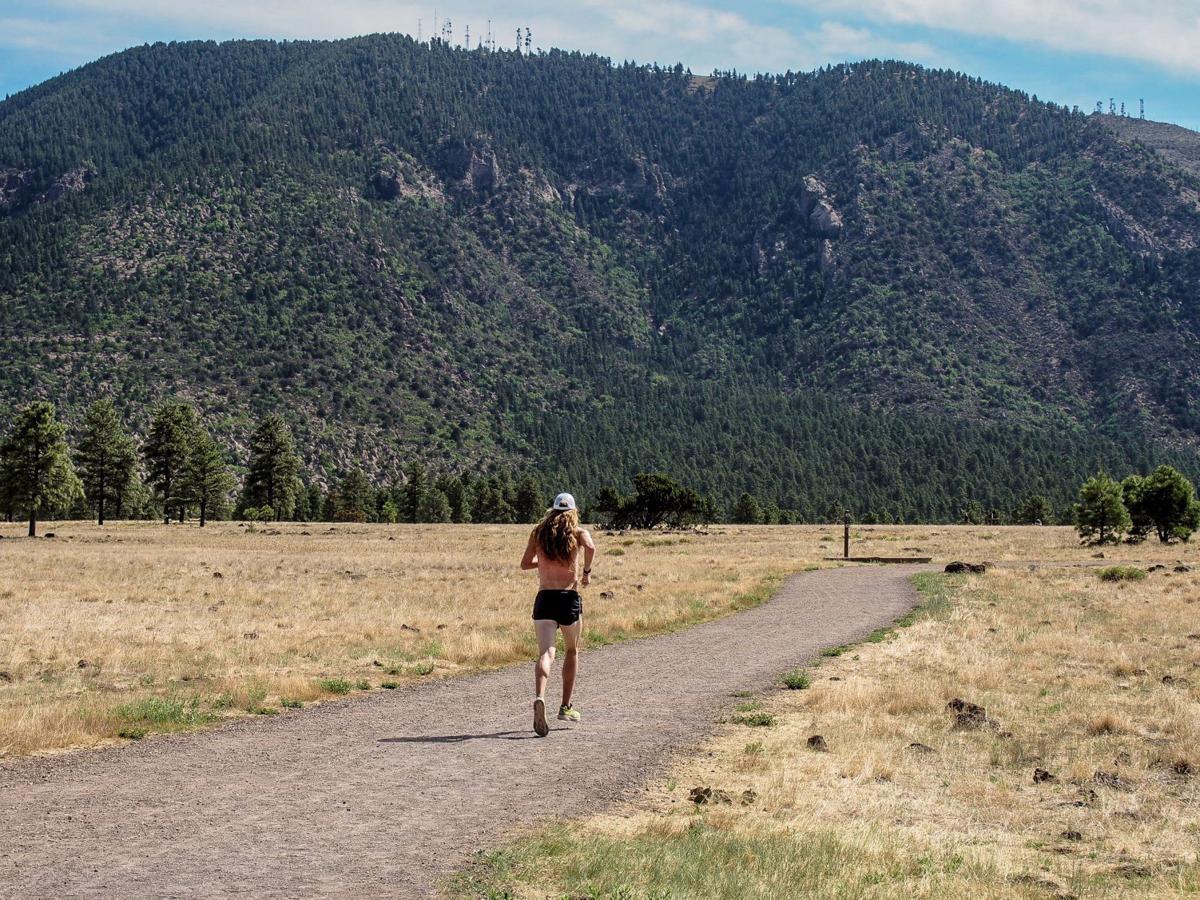 For the past three summers, senior cross-country runner Brady Steele has made the trip to Flagstaff, Arizona to train.

For the past three summers, senior cross-country runner Brady Steele has made the trip to Flagstaff, Arizona to train.

Steele describes Flagstaff as the hub for professional distance running training, where elite athletes from around the world run through the trails.

“It’s a really good place to kind of get away from everything and just focus on training,” he said.

Being in a runner’s hub, Steele said he met all kinds of athletes, from college runners like himself looking to improve, to elite Olympian runners.

Spending time with those Olympians helps time go by faster.

“You kind of get starstruck being around them, so it helps get through the grinding mileage,” Steele said. “You’re like, ‘Oh, this Olympic gold-medalist just accidentally spit on my face, I should thank him for it.’”

This exposure to runners who train at a high level and maintain that high volume and intensity of running made him stronger, he said.

Steele has made the trip to Flagstaff for the past three summers, lodging with former professional runner Craig Lutz, who last ran with a pro running team called the Northern Arizona Elite.

He’s also stayed with his friend Matt Kamph, a cross-country runner for the University of Memphis, where Steele transferred from.

Each trip had a different purpose for Steele. The first summer, Lutz invited him to stay for six weeks, so Steele could experience the environment and to get to know the runners.

That first trip was for Steele to warm up to Flagstaff, and his actual running was limited. He said he spent much of his time following the pro runners by car while they went through their fitness regimen.

The following summer was also for six weeks, but Steele said it was more of a test run to see how well he could perform with the conditions and challenges of keeping up with the pro runners.

Steele spent his longest stint at Flagstaff this past summer: three months from mid-May to mid-August.

Steele trained twice a day to get his high mileage in for the week ­— anywhere from 135 to 145 miles. He joined the cliques of professional runners, where they would run through forest trails and mountain roads.

It was a big jump for Steele, who ran around 70 to 80 miles weekly last season.

He said he followed a training schedule typical to these pro runners during his time in Flagstaff.

Sundays were long-run days, around 25 miles.

Mondays and Tuesdays were split up into two workouts: around 14 miles in morning and six in the afternoon.

Wednesdays were medium-long-run days, about 20 miles in the morning and resting in the afternoon.

Thursdays, Fridays and Saturdays were again split into two workouts, about the same distances as Mondays and Tuesdays.

“It was pretty monotonous with every day being almost the exact same thing,” Steele said.

But, because there were thousands of different trails, he said he could run on a different course every day and only repeated trails on a handful of occasions.

Because of the environment around Flagstaff, Steele said any given run could have an elevation gain of 2,000 to 3,000 feet. This drastic change helped give him a solid foundation for endurance and ideal fitness.

The higher altitude of northern Arizona, as compared to Texas, helps runners improve their lung function because there is less oxygen.

Another big change from Flagstaff to North Texas is the climate. Steele said some mornings he would wake up to 30- to 40-degree temperatures, which he didn’t expect in during the summer months.

Now, he’s running in 90- to 100-degree temperatures with added humidity.

John Sauerhage, cross-country head coach, said having Steele spend his summer in Flagstaff helped him become a stronger runner. With Steele back after his stay, it should be easier for him to run here once he readjusts to the heat and humidity.

Now, Steele said he can run more than 100 miles per week in season and feel like he isn’t doing enough.

Sauerhage said after three summers, he hopes Steele’s performances in the latter half of the cross-country season will show the effort he’s put in.

“Brady’s a great kid and he’s worked really hard and he deserves some excellent performances in the meets,” he said. “Hopefully, he can put a good race together at the right time. Not only will he get satisfaction from it, but his coach will appreciate it.”