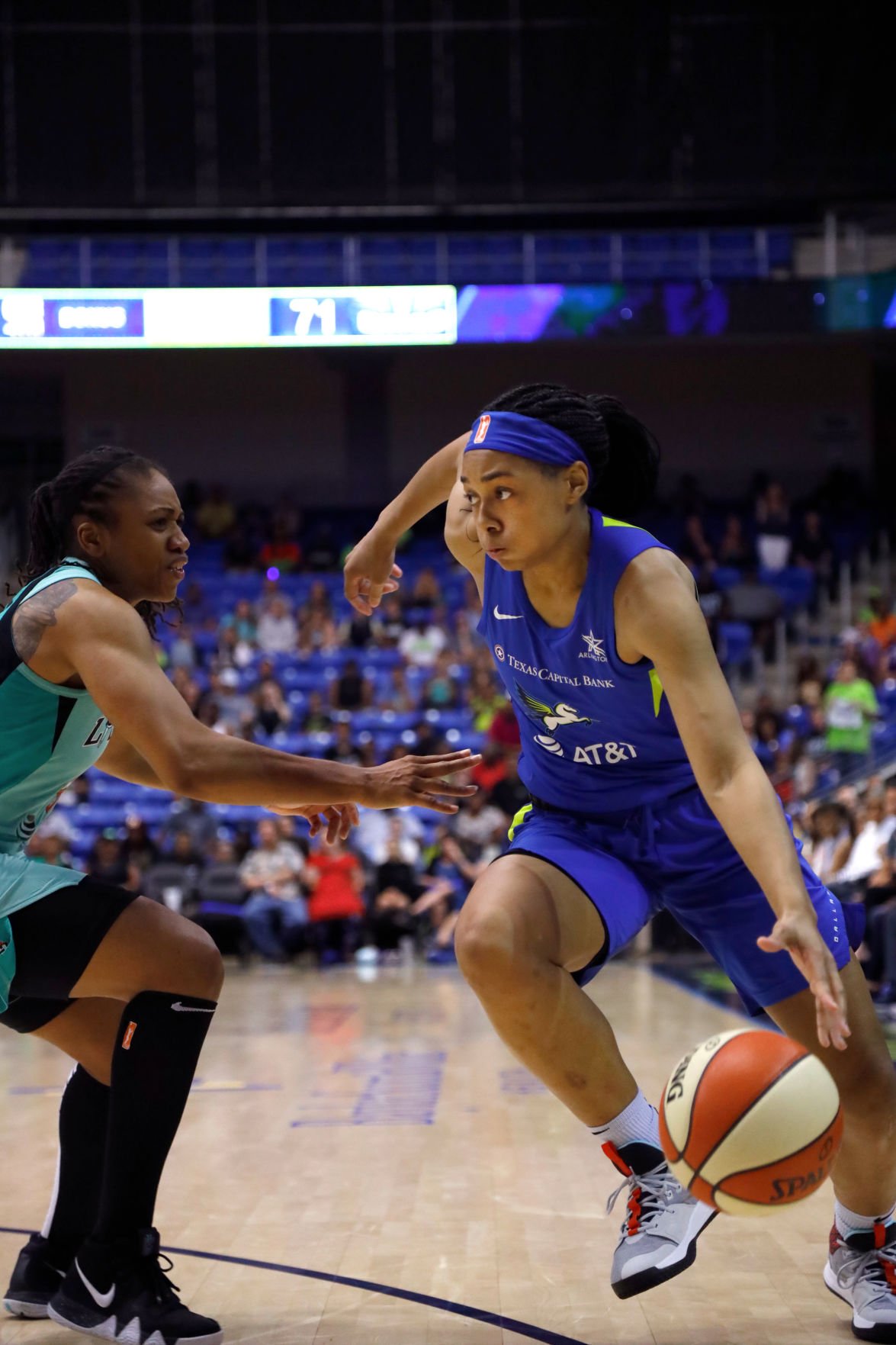 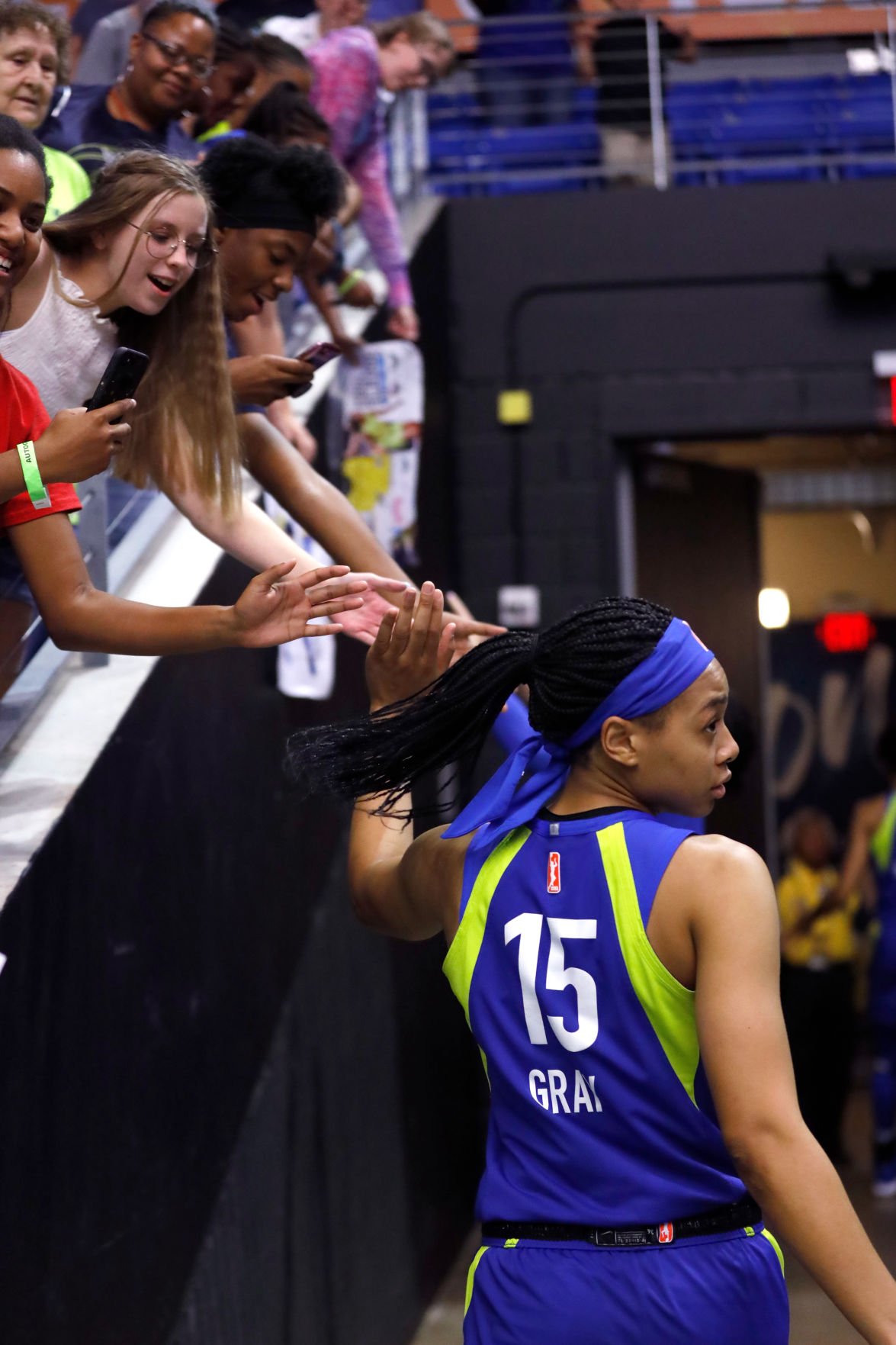 Dallas Wings guard Allisha Gray high-fives fans as she exits after the game against New York Liberty on Aug. 16 at College Park Center. Gray scored her a career-high 22 points.

For the second-straight game, a guard for the Dallas Wings (9-17) set a new career high in points.

Allisha Gray scored 22 points in the Wings’ 83-77 victory over the New York Liberty (8-17) on Friday at College Park Center.

The University of South Carolina alumna surpassed the 1,000-point mark in the matchup. She shot 5-8 from the field while converting nine of her 10 free throw attempts.

“It’s definitely a big milestone to reach. All credit goes to my teammates,” Gray said of her 22-point effort. “Overall, it just shows all the hard work that I put in, it just feels great that it shows.”

Gray’s performance is coming off a 35-point outing from rookie guard Arike Ogunbowale in the Wings’ 84-78 victory against the Los Angeles Sparks on Wednesday.

The third-year veteran was instrumental in giving the Wings their first lead of the game as she finished the opening period with eight points. Dallas closed out the quarter with a 23-18 lead.

Head coach Brian Agler said Gray came out more aggressive against the Liberty than she did in Wednesday’s matchup, and it showed in her final stat line.

“I’m proud of her, she’s fighting hard,” Agler said. “She leads by her actions, she makes plays.”

Gray remained consistent throughout the game, and she sealed the Wings’ victory when she sunk two free throws with 17 seconds left in regulation.

Dallas will travel to Uncasville, Connecticut, to face the second-ranked Connecticut Sun at 2 p.m. Sunday at Mohegan Sun Arena.