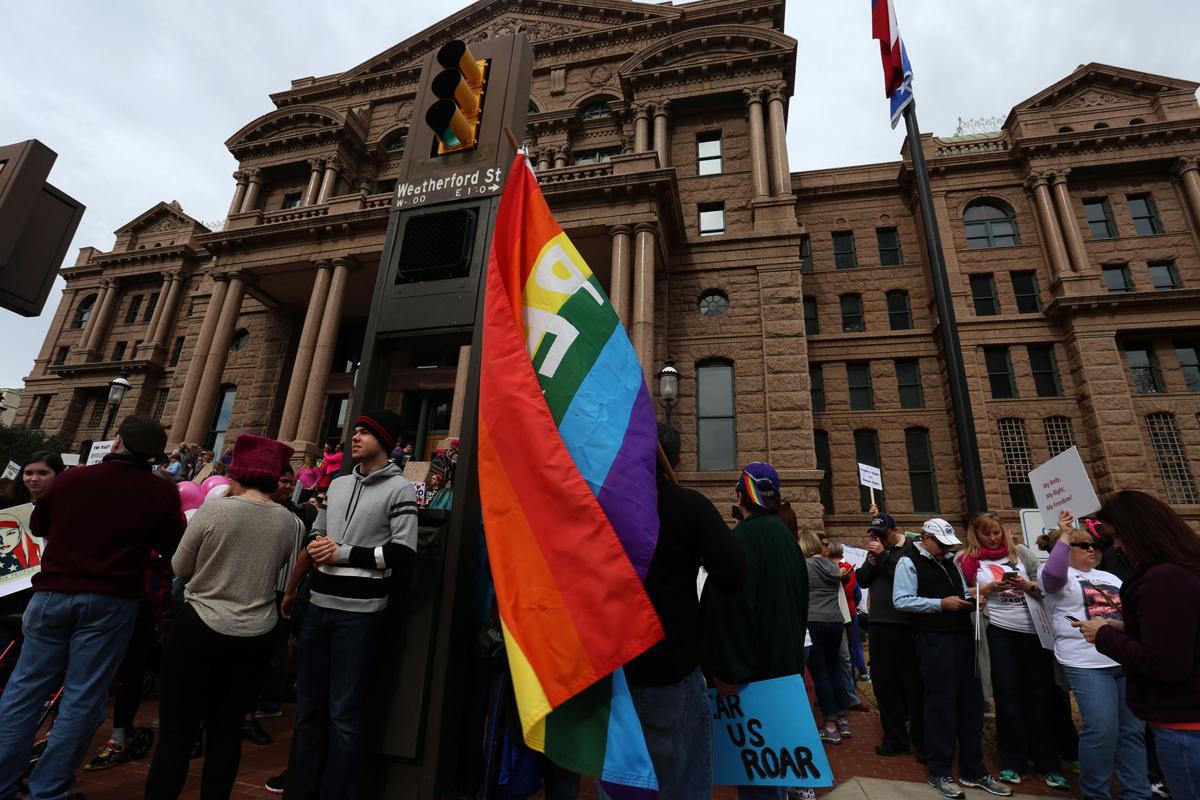 Marchers gathers in front of the Tarrant County Courthouse on Jan. 21 to begin the Women's March. The marchers walked around in downtown Fort Worth. 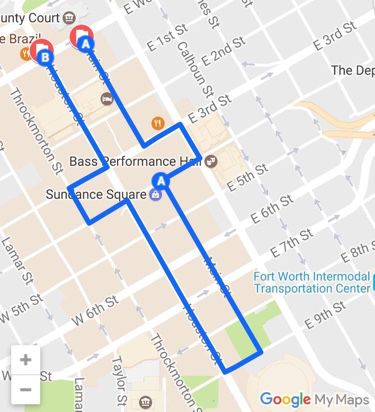 Marchers gathers in front of the Tarrant County Courthouse on Jan. 21 to begin the Women's March. The marchers walked around in downtown Fort Worth.

FORT WORTH — Protesters marched through the streets of downtown Fort Worth on Saturday.

Women, men and children of all ages gathered at about 11 a.m. on the steps and surrounding walkways of Tarrant County Courthouse, holding signs. A Fort Worth police officer estimated a total of 5,000 to 6,000 people came to march.

UTA art senior Jessica Wester said she was excited to express her views in a respectable, non-violent way during her first march.

“There are tons of women who protested during, like, women’s suffrage and earned me the right to vote,” Wester said. “Why should I just sit at home and not do anything?”

Wester said her time at UTA has taught her to understand cultures other than her own, and she said the university does a good job encouraging students who want to stand up for equality and human rights.

“At the end of the day, like, everyone is here for the same exact reason and that's, that's what's beautiful,” she said.

Fort Worth resident Bonnie Norman, 30, said being a part of the march shows she’s willing to participate and voice what matters to her — women’s rights.

“It also demonstrates to my son that even parents can stand up for other people and their rights,” Norman said.

Norman said she’s disappointed about Donald Trump’s presidency. She said she lost respect for the process because the  majority of people didn't vote for him.

After Fort Worth resident Erin Blythe, 41, said she realized there would be no Women’s March close to home, she and a few other women decided to coordinate one. After creating a Facebook event page and website, she found immediate feedback and support.

Former UTA student Matthew Dang said he voted for President Donald Trump. He said he is willing to support the marchers because he is open to different beliefs and women's rights.

Matthew Dang, 22. Former UTA student voted for Trump. He said he is willing to support the marchers regardless of his political views. pic.twitter.com/0r4yt6eoD0

As an environmental biology junior at Cal Poly Pomona, Dang said climate change and global warming are the most important issues to him.

"Trump is known for his skepticism," Dang said. "I hope he reconsiders his stance on climate change."

During the march down Main Street, Fort Worth resident Diana Dupre, 68, said she noticed young girls in cheerleader uniforms who stood on the sidewalks and watched. Some even smirked at the sight of the march.

“Sweetheart, you need to be in on this,” she said. “This is your future.”

Dupre said she decided to attend Saturday’s march after she saw a post from one of her friends on Facebook about an arrangement of signs she made, which caused her to want to support her friend.

As for the young children standing, Dupre said she thinks today's generation of children don't have a grip on reality. Because of this, she said women's rights should be taught more in schools.

“You little girls really don't understand what we've all fought so hard for,” Dupre said.

Euless resident Kerstein Key, 28, said it's important to come together. Although the march depicts an important move for women’s rights, she said, in a way, the nation is starting all over again.

“We should be progressing, not backtracking,” Key said.

She is marching for her children's future, too, she said. She wouldn't want her children to fight for their rights when the nation should've made progress years ago, she said.

When the marchers returned to Tarrant County Courthouse after walking over 20 blocks, Blythe directed supporters off the streets and onto the sidewalk for safety. Many thanked her for coordinating the march by shaking her hand, while others even high-fived her in support.

“Stay local and get vocal,” she said.

Fort Worth Women's March protest against Trump, for women's rights

Marchers gathered for one of the sister marches taking place across the world Jan. 21 in downtown Fort Worth to shed light on women's rights.