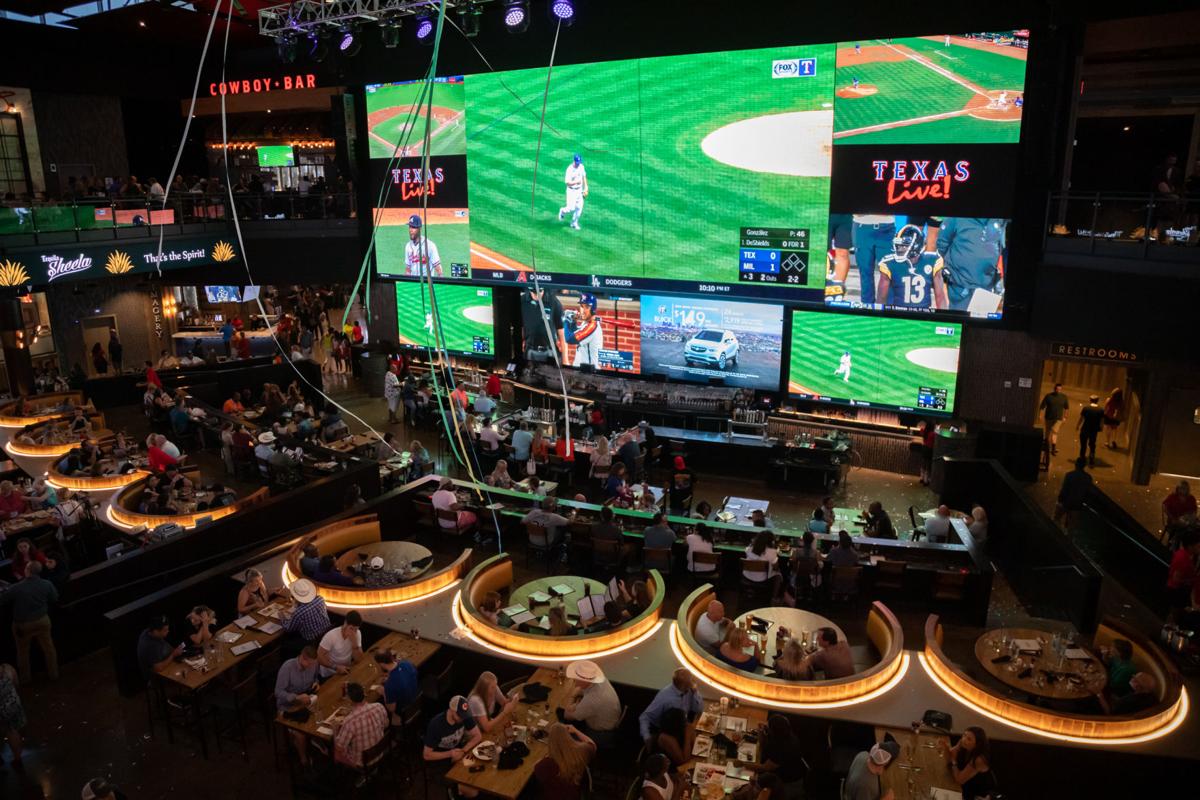 The Texas Live arena shows a Texas Rangers game Aug. 9 during the Texas Live One Year Birthday Bash. The arena features a 100-foot television screen and a stage that is hidden behind the lower screens. 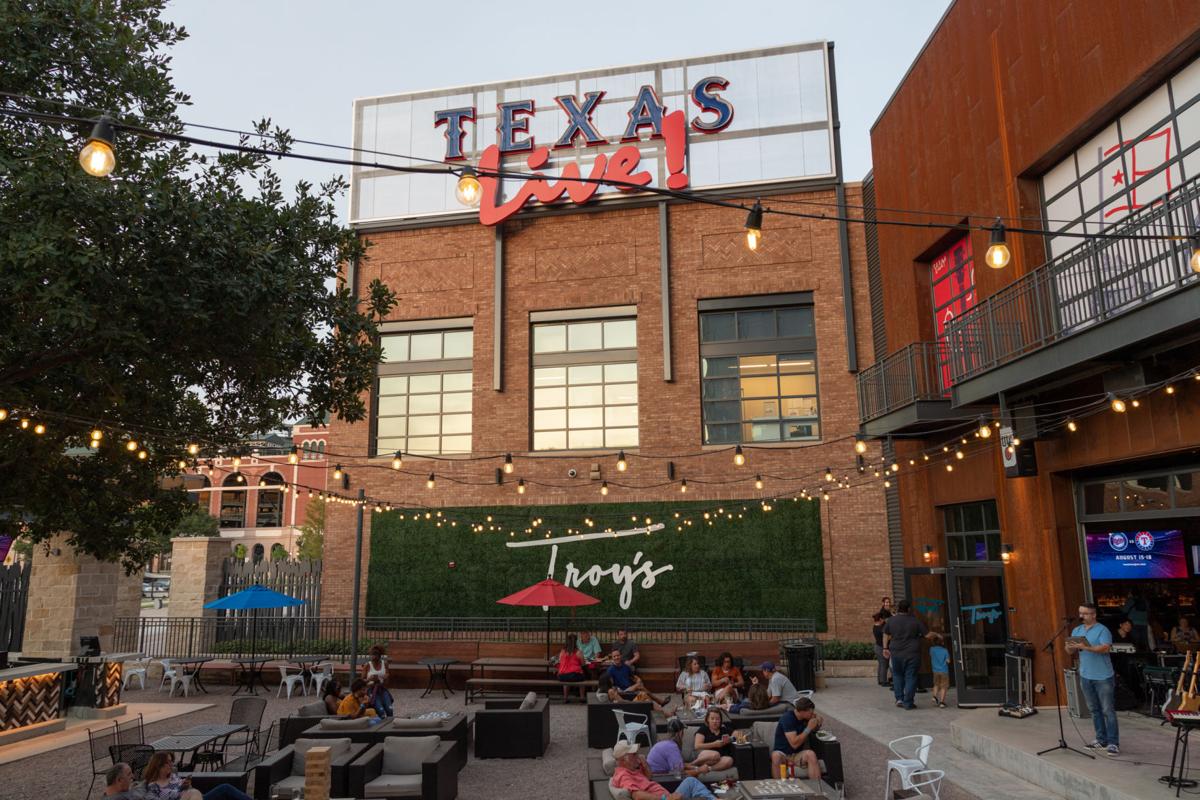 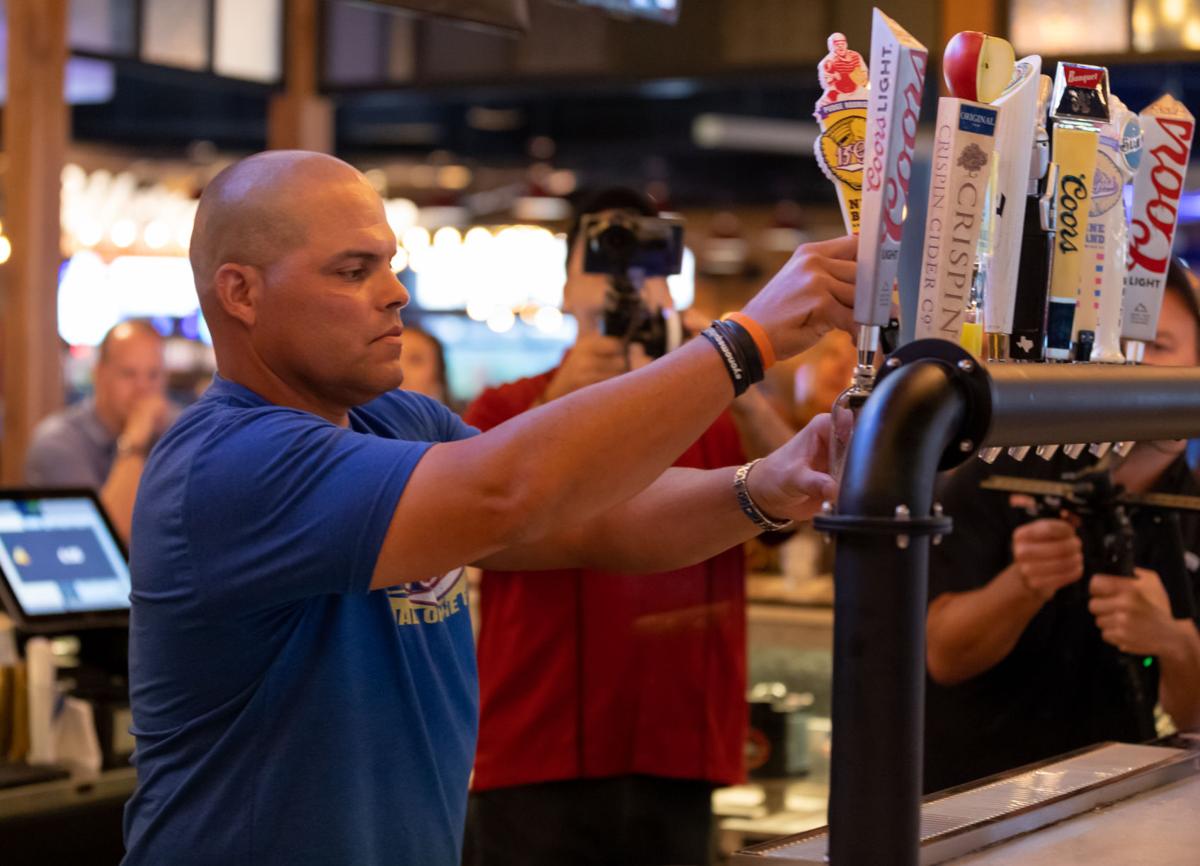 The Texas Live arena shows a Texas Rangers game Aug. 9 during the Texas Live One Year Birthday Bash. The arena features a 100-foot television screen and a stage that is hidden behind the lower screens.

As the $150 million Live by Loews hotel awaits its opening in the Entertainment District on Thursday, the 200,000-square-foot entertainment venue Texas Live celebrated its one-year anniversary this month.

Jim Watry, Texas Live chief operating officer, said during the Texas Live Birthday Bash on Aug. 9 that within the year since Texas Live was opened it hosted over 200 events, serving over a million beers and thousands of burgers.

The businesses also project 3,025 jobs, including construction and permanent jobs, and a $100 million local economic output per year, Harp said.

“I just so happened to come across the event, and it was kind of perfect because it was my friend’s birthday, too,” she said.

With a relaxed environment and a diverse crowd, Gunderson said, “It’s pretty hard to be bored.”

“It’s a nice, convenient meeting place for people from other areas,” she said. “It’s not the typical, ‘Let’s go to Seventh Street’ or ‘Let’s go to the local in-town bars.’”

The combination of Texas Live, Live by Loews and the upcoming Globe Life Field will make “quite a combination,” Mayor Jeff Williams said at the Texas Live Birthday Bash.

“Did you realize that this is the largest entertainment complex in Texas?” Williams said. “I can’t wait for what Texas Live has ahead.”