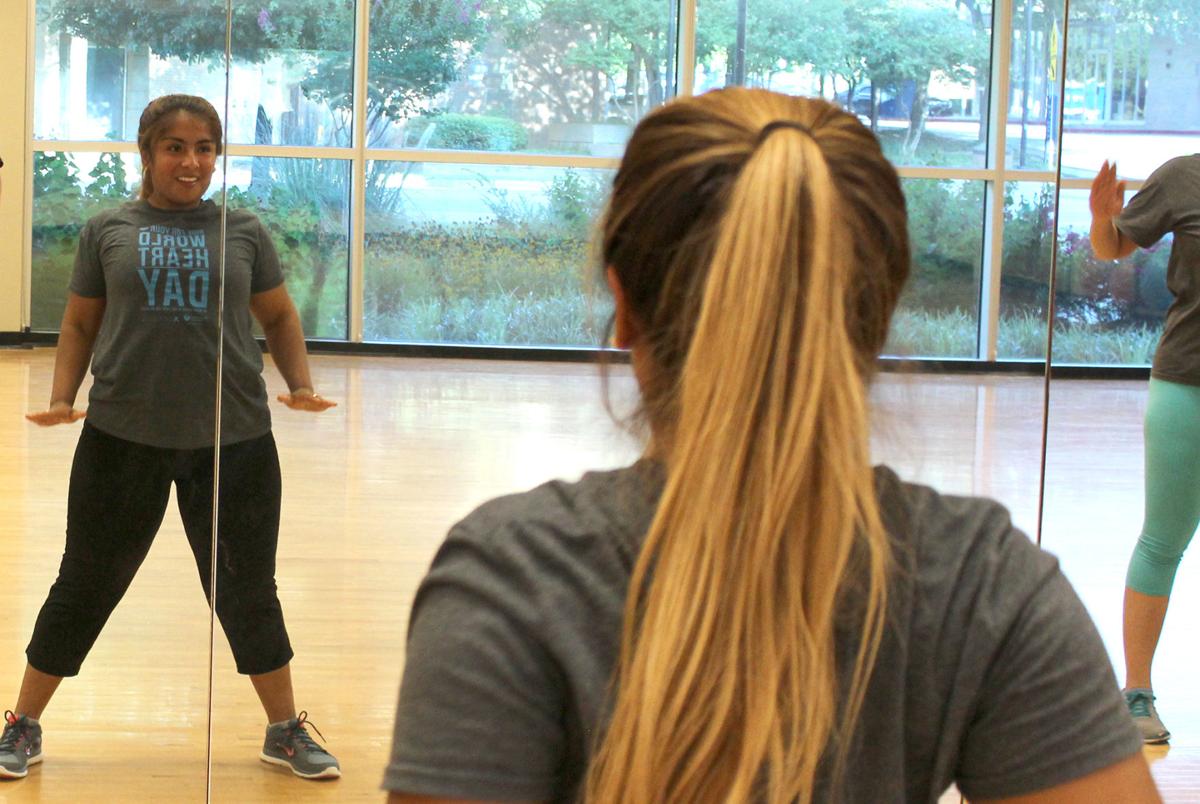 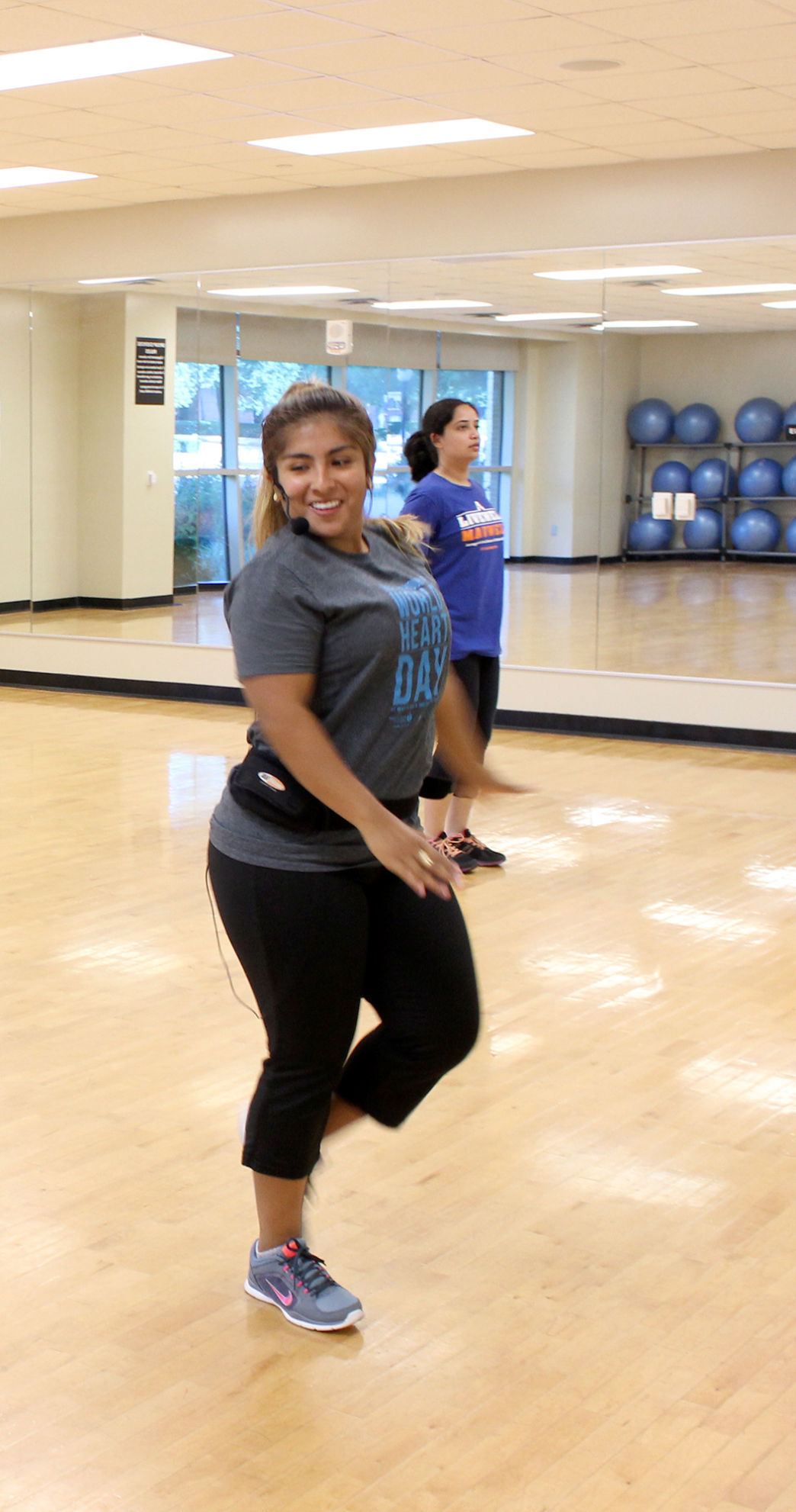 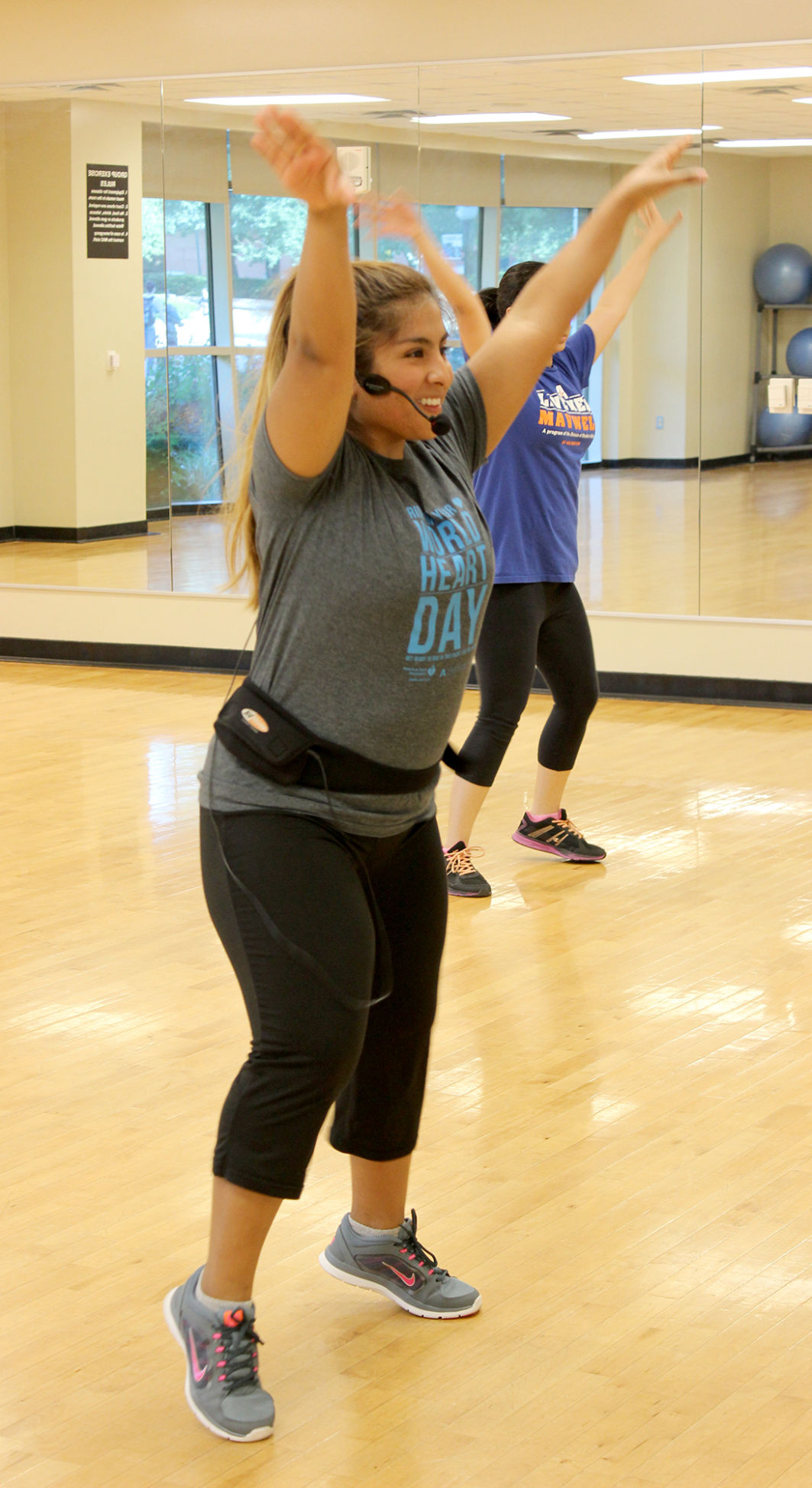 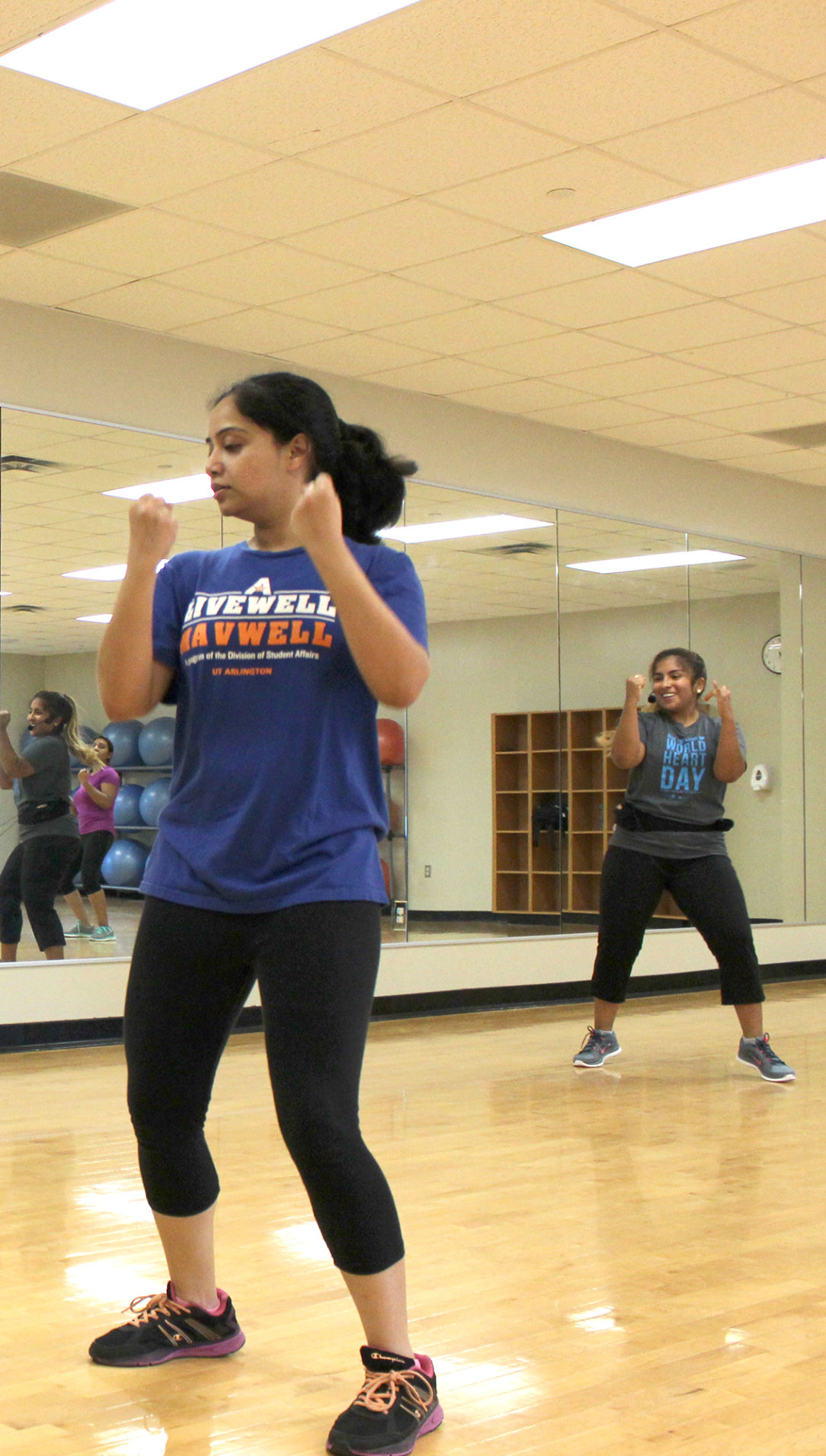 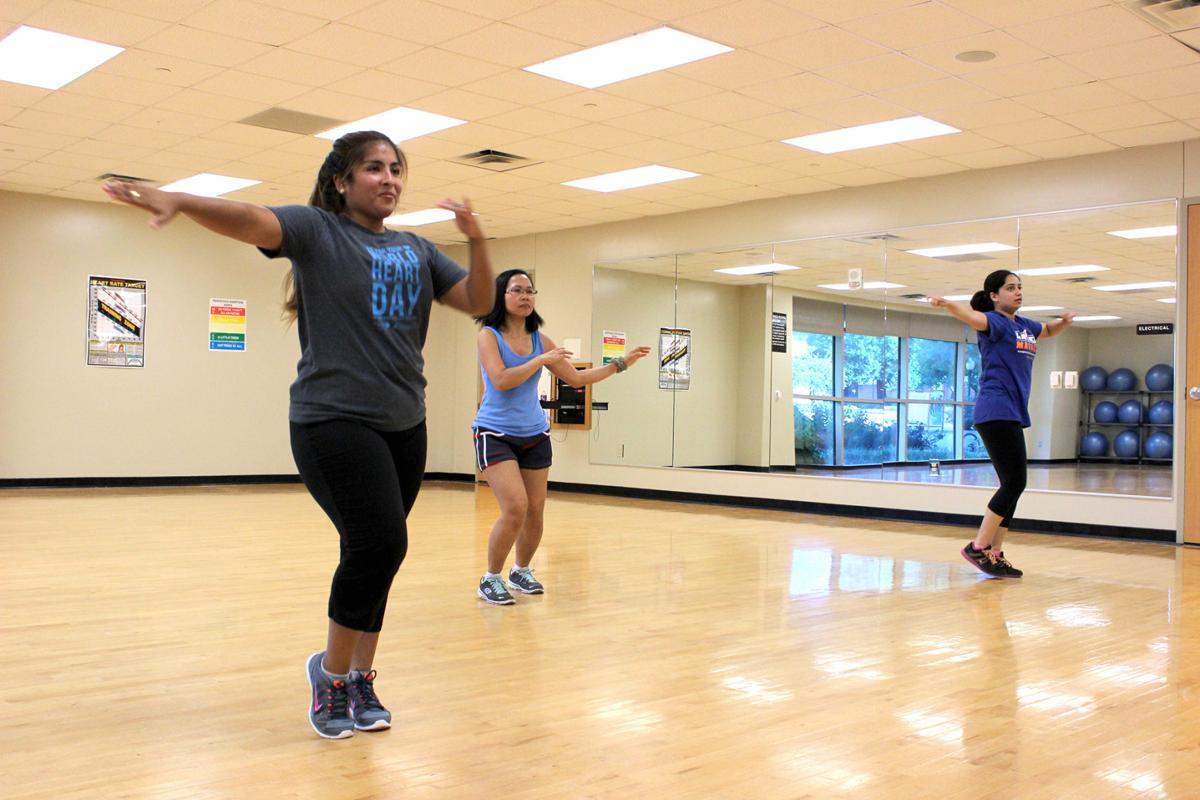 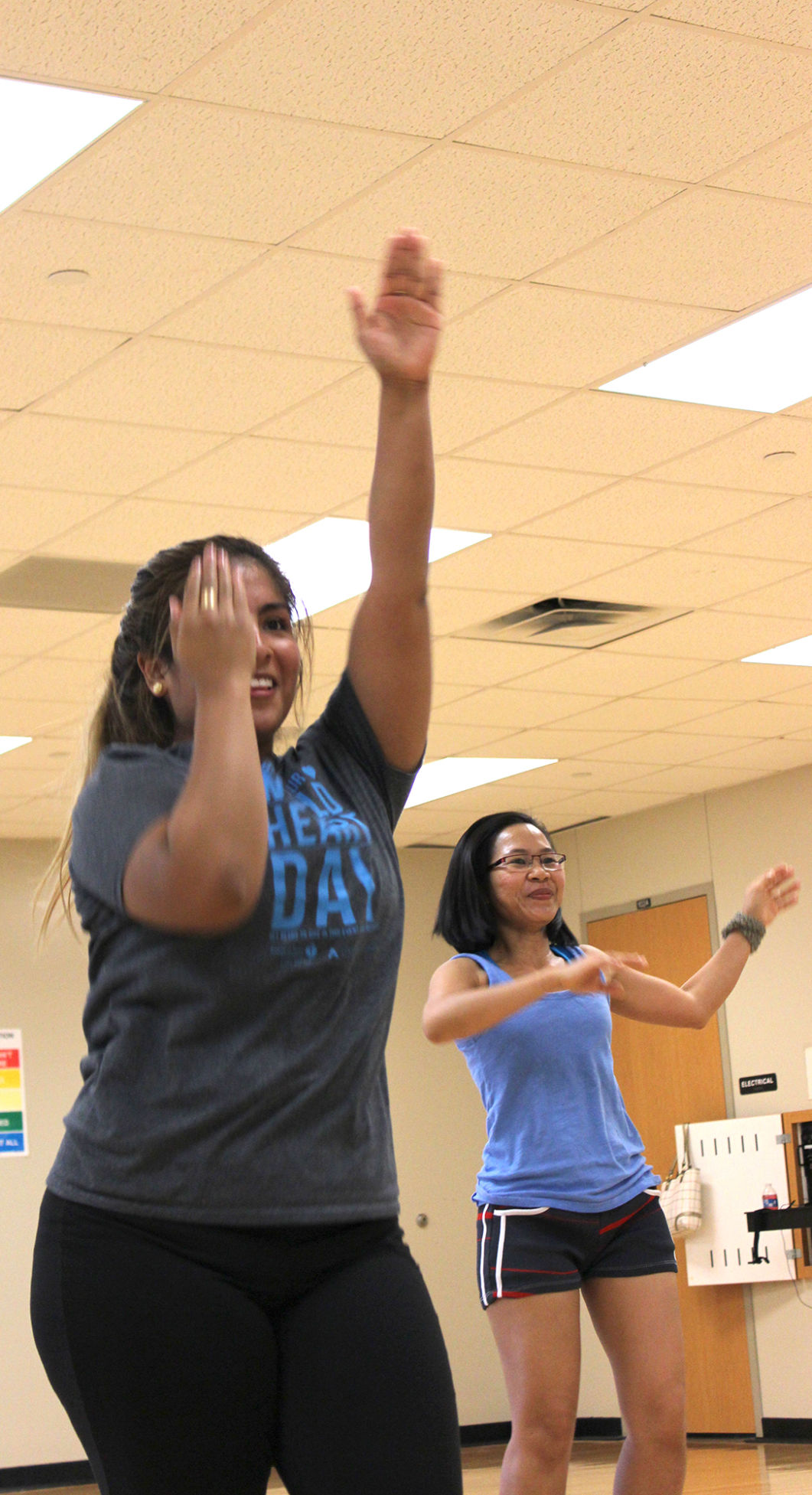 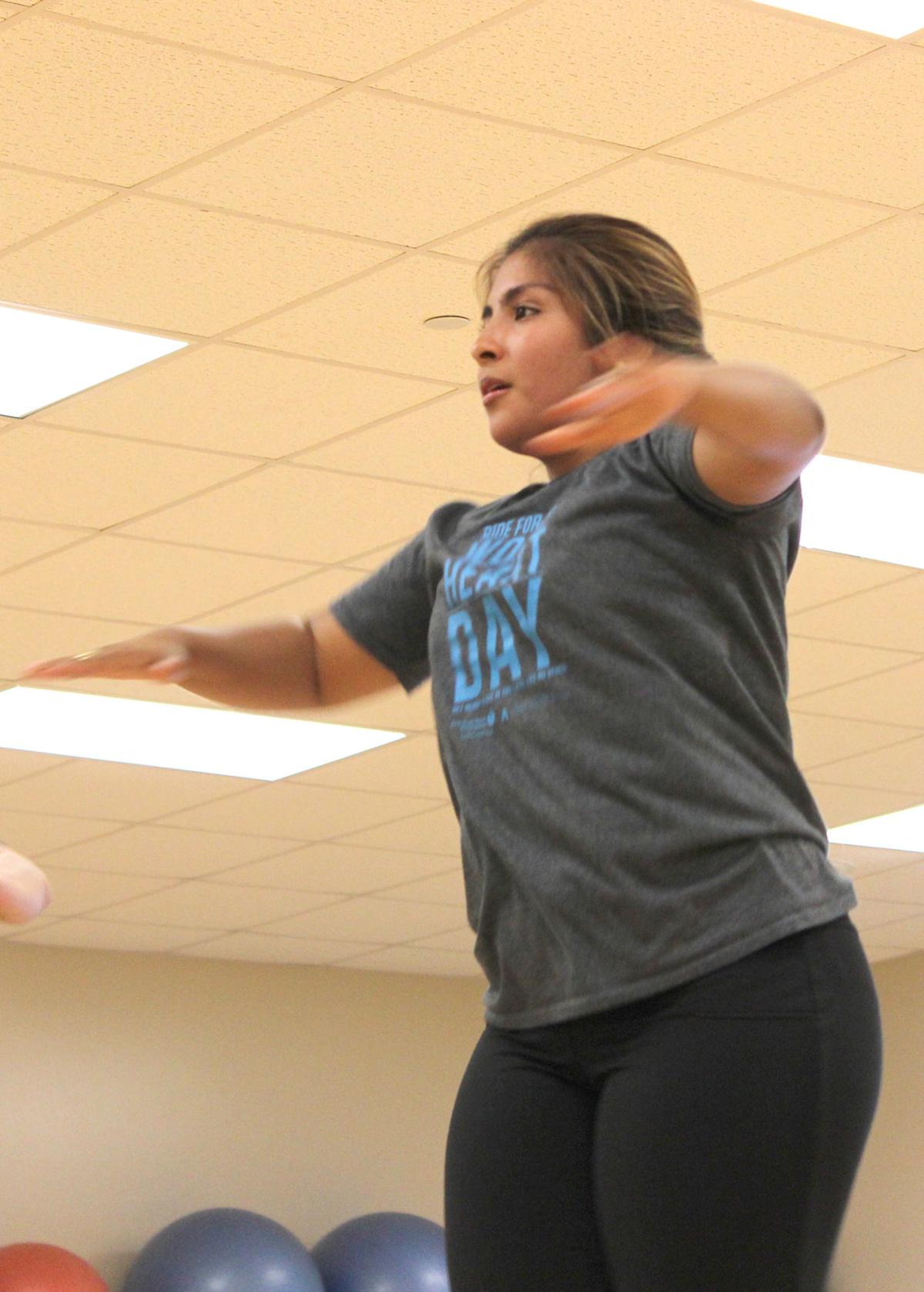 More students are ditching the workout and joining the party. The dance party, that is.

Thursday, EXCEL is showing Dirty Dancing, and it’s putting some students in the mood to dance.

“Zumba is a fun workout where you get to dance and burn calories at the same time,” chemistry graduate student Sinjinee Sardar said.  “It doesn’t feel like you’re working hard when you’re working hard. You get to have fun while you’re moving around with your friends.”

Sardar has been taking group exercise classes for two years, and said her favorites are Zumba, yoga and pound, where people drum with weighted sticks for cardio.

According to the LiveStrong website, dancing for exercise has been popular since the late 1960s, when aerobics first started, but Zumba was the first new dance aerobics genre of the 21st century. Beto Perez, the founder of Zumba, has reinvigorated aerobics by infusing Latin music, rhythms and moves into a high-energy class, according to the site.

Alumna Erica Garcia has been a Zumba instructor for two years. She took classes as a student and was inspired to become an instructor.

“I see a lot of people that come in and you can tell they’ve had a tough day or they might be going through some things in their personal lives,” Garcia said. “When they’re here, they forget all of that and I see it. Knowing that I can be there to help put a smile on their faces is all that matters.”

Garcia said everyone should try Zumba at least once.

“Don’t be scared of anything,” Garcia said. “It’s good to face your fears and just try something new.”

“It’s easy,” Pham said. “Anyone can do it if they are interested and as long as they take time to follow the instructor.”

Garcia said the amount of calories burned during a class depends on a person’s intensity level. Beginners can burn 200 to 300 calories and those at a more advanced level can burn up to 1,000.

“It doesn’t have to be any level you aren’t comfortable with,” Garcia said. “As long as you’re moving your body, you’re burning something.”

Garcia said that Zumba is a cardio workout, but it focuses more on dancing and having fun. She said it is nice to exercise without lifting weights and relieve stress at the same time.

Garcia said she comes from a Latin background, so the rhythm of Zumba is in her blood. She said dancing comes naturally to her and she could do it in her sleep.

“For me, Zumba is a combination of different dances,” Garcia said. “It’s having fun and dancing and not worrying about anything else.”